PERRY — A common realization that can be made in sports, is that defense can win championships. More frequently in the game of football.

Just ask the Pittsburgh Steelers teams during the 1970s, or the 1985 Chicago Bears, or more of modern-day stature, the 2013 Seattle Seahawks. Those are just some of the prime examples of titanic efforts throughout the course of NFL history that have helped pave the lane towards winning the grandest prize of them all — the Vince Lombardi Trophy.

Their impeccable display of defense has been headlined by their two giant stalwarts on the back line — Brent Zubikowski and Nolan Krzeminski.

Head coach Jarrett Vosburg says without either of them, the Eagles would not be in the position for greater success like they are in now.

“It’s no secret. I think the world of both of those guys,” the first-year coach said. “Zub, he’s the real deal. He’s one of the best defenders in Western New York. He’s shown that in every game for us this season. Nolan took it to a different level on his side, he’s had an incredible Sectional tournament and he’s gotten back to the form that we’ve been playing at in the beginning of the season. Those two help continue to prove that defense wins championships.”

With their assistance, Fillmore has been able to hit every single high note from start to finish in games dating back to the beginning of the regular season, stretching to as far as their Class D1 Championship victory over Harley Allendale-Columbia, and just a bit further to Tuesday night in Perry one final time for their State Qualifier against Class D2 Champion, Mount Morris.

The common trend like it has been all postseason: The defense would again prevail.

With a team like the Blue Devils that can attack from every angle on the field, the Eagles and their sound deterrence was able to shut them down ten-fold. Whatever chances that the Class D2 Champions were able to garner, no developments on the Eagles net were made, as the strong showing of defense led to some electric surges on the attack, especially in the second half where they were able to cement their early 1-0 lead even further.

That would ultimately lead Fillmore towards punching their return ticket back to the Far West Regional this weekend, as goals from Layton Sanasith, Mitch Ward and Zach Sisson all helped power up what would be a 3-0 shutout of the Blue Devils — their fifth straight, and 10th in their last 11 games overall, to become Section V, Class D champions in back-to-back seasons.

“I can’t say enough about the season that Mount Morris had,” said Vosburg. “They’ve got four high-quality players with a lot of speed and skill, and they gave us what we could handle. But I’m incredibly proud with our defense, especially from Nolan and Brent. They played their hearts out, and made some collegiate-level defensive efforts tonight. They held the zone until our offense started to get going in the second half. Without them, this would have been a completely different ballgame.”

The Fillmore (20-0) defense held a high octane and relentless Mount Morris attack to just three shots across the entire 80 minutes. While the defense held the Blue Devils in check, in turn, the offense received multiple sparks to ignite their flame.

They would find themselves in control of the tempo across midfield and beyond through the first portion of time in the opening half, and because of it, they were rewarded with their first goal from Layton Sanasith, who picked up a very gentle throw-in from Henry Sardina next to him, on the sidelines. With it, Sanasith carried the ball in toward the far corner and without hesitation, fired a sharp-angled shot that curled its way into the far side of the Mount Morris goal, to break the ice.

The goal would help Fillmore mount even more chances to continue hammering away at the ice on the field, with their next best chance coming from the Sardina/Sanasith tag-team again, as Sardina collected a perfectly-placed pass from Sanasith at center to dribble into the Blue Devils zone. From there, a hard pass to the front of the goal was nearly one-timed into the net by Mitch Ward, as the ball sailed just overtop the crossbar and out of danger.

One of many chances that the Eagles would have to add to their lead. Even if at times, things weren’t exactly going their way.

“We could’ve had two or three more in the first half, but we either punched it over top or just wide of the net. I can’t say enough about the effort that the boys gave all night,” Vosburg said. “It’s great to find a way to win even if you don’t play your best game. They fought through some more adversity, and really that’s been the theme of our Sectional run. If you can find a way to do that and get the job done in the same swing, things will work out just fine.”

It would wind up being a one-goal lead that the Eagles would carry into the second half, but on numerous occasions, especially during their Sectional trek, the last 40 minutes have been the perfect time period for the Class D1 champs to put the gas pedal straight down to the floor.

The chances kept racking up for the Eagles across the second half, as they acted quickly to deliver another fine chance to extend their lead within the first five minutes. But it would provide a spark for just a tad further into the action, when Zach Sisson helped complete one the finest individual efforts of their journey beginning back at midfield.

After receiving possession, Sisson eyed the view from downfield. On his way in, he would finesse his way around multiple Mount Morris defenders single-handedly, without losing possession once, handing off a fine pass behind to Mitch Ward. Section V’s scoring leader this season would then take care of the rest, shaking off a pair of defenders himself to open up a scoring lane with his right foot, firing home his 43rd goal of the season to branch out the Eagles lead to a pair.

“That was some incredible stuff in the second half, and that was all set up by Zach’s help. He’s won almost every ball he has contested all night, and he ended up getting rewarded for it with a great goal himself,” said Vosburg. “I can’t say enough about how they turned it up a notch. The difference was getting the pressure on them, and relieving pressure on our own end by getting the balls to the corner. There was some great stuff that happened.”

Vosburg added on the team’s effort, noting that “Obviously you have to have guys like Mitch, and Eben (Schilke). Eben has had a great Sectional tournament by being one of our main playmakers in the center. Jude Beardsley did some great things on defense along with Brent and Nolan to really come into his own. It was a real team effort, even though we were nursing a couple of injuries to two of our starters, but we were able to get some solid minutes off the bench to help alleviate some of that.”

The scoring was finished off with around 12 minutes left to play when Sisson was rewarded with a goal of his own after his marvelous assist on Ward’s tally minutes prior, as he picked up a feed from Damon Wood and fired the shot home for Fillmore’s final goal of the night, cementing their return trip back to the Far West Regional this weekend up north.

The three goals by the Eagles that were accounted for, stemmed off 12 total shots, as they outshot the Blue Devils by a wide 12-3 margin. All three shots allowed were set aside by Luke Colombo, who continues to aid the defense through their unbelievable stand through the postseason.

Fillmore will now spend the next four days gearing up in preparation for the Class D Far West Regional, which will take place Saturday afternoon in Spencerport, as they look to take aim at potentially their third trip to the State Tournament in four seasons with a rematch of last year’s Regional now on the horizon, taking on Section VI champion Ellicottville.

The Eagles won the battle last year at Williamsville East behind an electrifying second half, using it as a building block in what was the program’s deepest run in quite some time. But Vosburg knows at this particular time and moment, the opponent can never be taken lightly.

“We really do not take anyone lightly anymore, especially if it’s at this stage of the game now,” he said. “Ellicottville played an incredible game with Maple Grove to win their game in overtime, and earn that trip here. They’re a great team, and we’ll do our best to get ourselves ready for them. Tonight, we’ll enjoy it, but then it’s time to move on and get right back to work tomorrow at practice to see if we can keep things going.” 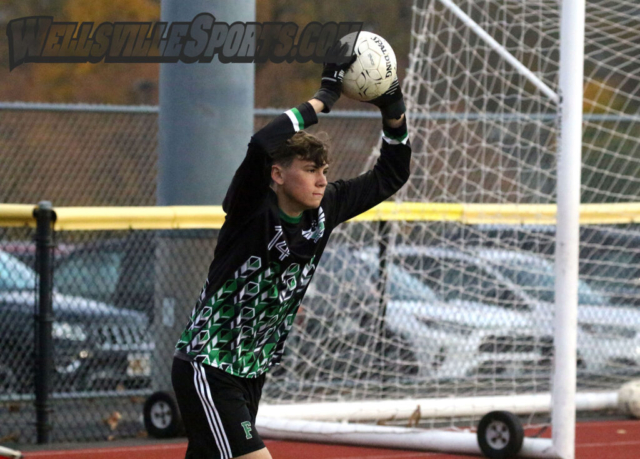 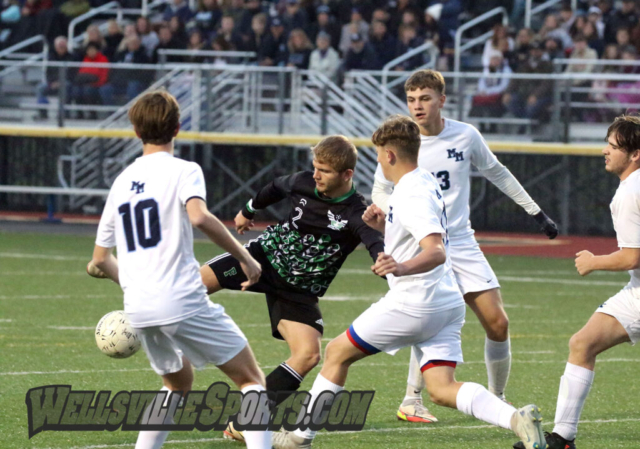 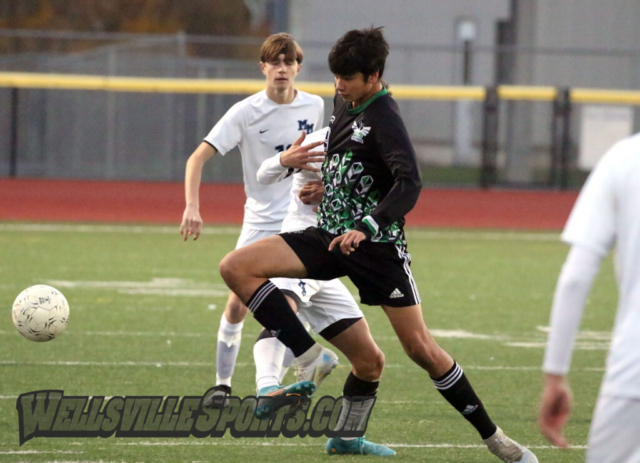 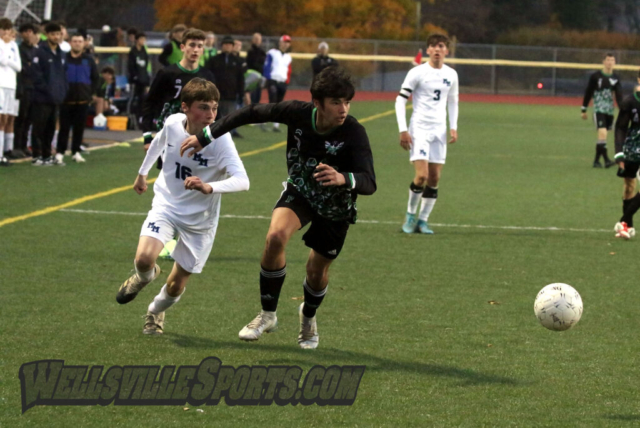 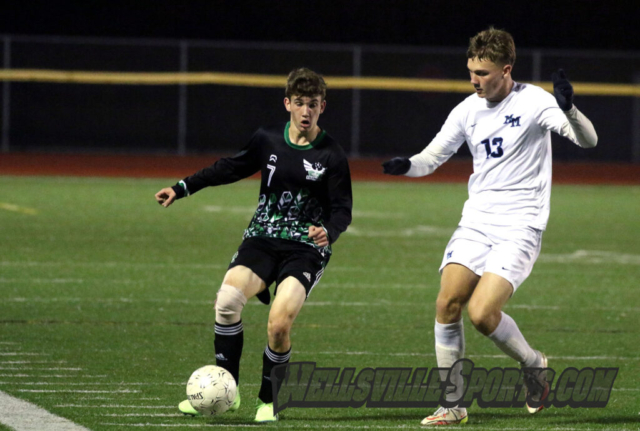 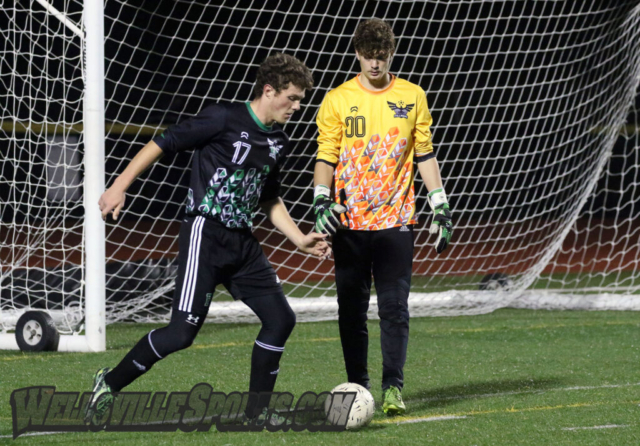 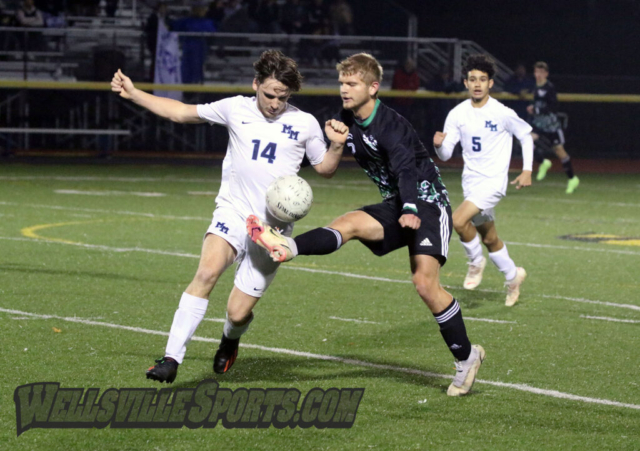 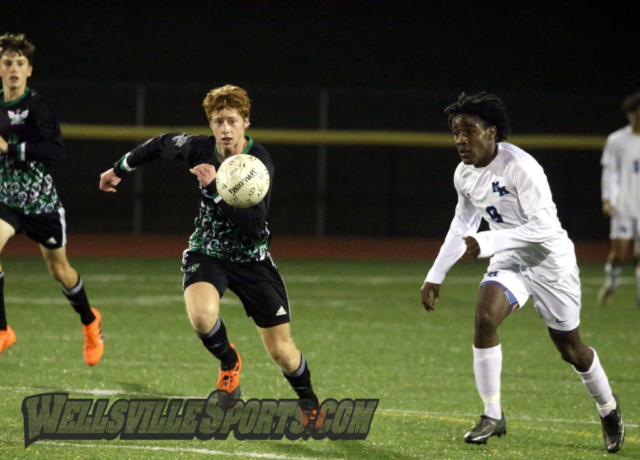 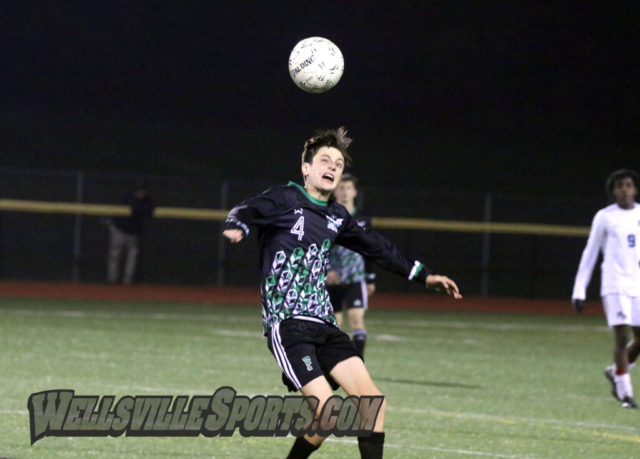 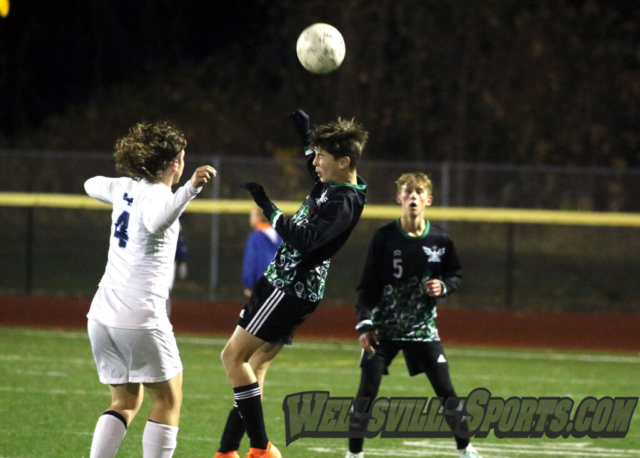 Why was NYS Lieutenant Governor Brian Benjamin indicted by the feds?