The inductees will be honored at a banquet at the Wellsville American Legion Oct. 15 (tonight) at 6 p.m.

A five-sport athlete (tennis, volleyball, basketball, track and field, softball), Babe played in the first-ever Wellsville High School softball game in school history and in the first inning hit a home run. She was the first to play several “new” sports for girls that were offered and was named team MVP of each sport as well as earning the Terry Norris Sportsmanship Award as a senior.

Babe played during a time girls did not have uniforms and played in sub-standard gyms and on make-shift fields. But she never complained to give other girls the opportunity to play and have the sport grow. Wellsville has over 70 Section V titles since she graduated, half in girls’ sports including a state championship.

After graduation, she was drafted into the National Women’s Professional Softball League by the Buffalo Breskis/Bisons. After one season, she moved to Florida and played on the 1978 ASA National Championship Softball Team and also played basketball in college.

She lives in Indiana today.

Alyssa is considered the greatest field athlete in the storied program at Wellsville High School.

She competed for five years at the varsity level, and her school, sectional and meet records still stand today.

A true champion, she led the Lions to two Section V titles in girls’ track and field. She won six individual titles, three in shot put and three in discus.

Alyssa also set other incredible records against larger schools throughout the state in the most prestigious meets.

She won the Salamanca Super 8, which only takes the top athletes for the meet from the region and set the discus record at 127-1. She set the Wellsville and Section V record in discus at 135-5 and the Section V shot put record with a 39′ 6.25 throw. Her record breaking discus throw at the 2015 Wellsville Spring Day, also considered one fo the best and is the oldest meet in the state, still stands along with the other sectional and meet records.

She was an All-Greater Rochester Track and Field selection her junior and senior year and twice won the prestigious Devin Snyder Outstanding Field Athlete Award from Section V in 2013 and 2014. She was the Super 8 Meet MVP, which is rare for a field competitor to achieve.

After high school, Alyssa earned a Division I scholarship to the University of Louisiana-Monroe where she competed in the Sunbelt Conference inthe hammer, weight throw, shot put and discus in two sports, indoor and outdoor track and field.

Alyssa is now making an impact on the lives of students as she is a Science teacher at Wellsville High School.

A Great 8 Player of the Year and all-state selection in basketball, “Ray Ray” led the Lions to a Section V title in basketball in 2016 and was named MVP of the title game and Section V MVP. She also played in the Ronald McDonald Senior All-Star game and was an All-Greater Rochester selection. She averaged 15.4 points a game, 4.5 assists and 2.5 steals for the Lions who went 20-4.

In college, Anderson played four years at Alfred State. The Pioneers went to nationals her freshman year and during her career, Anderson was named an ACAA All-American and led all of NCAA Division III in assists as a senior during the regular season. She is the career leader at Alfred State in 3-pointers, assists and minutes and is in the Top 10 for season and career marks in 17 different categories. She set the school record for most 3-pointers in a game with 9 and most assists in a game with 13 (twice).

In softball, Anderson first played varsity in seventh grade and became a starter at shortstop as a freshman, earning an All-State honor and the Lions reached the Section V finals twice. She was an Olean Times Herald Big 30 selection four times in three sports.

In one season of soccer, she led the Lions in scoring and scored two goals in a sectional upset 2-0 win over Attica as the Lions reached the semi-finals. She won the Sid Miles Award as a senior as the best female athlete.

Before high school, she was a Little League baseball all-star and played running back and quarterback for six years in the youth football program. In wrestling, she went to boys nationals twice and in the United States Girls Wrestling Association, she won five New York State Championships and two USGWA National Championships in Michigan. Her co-ed flag football team at Immaculate Conception School went to the Eastern Regionals and played at the New York Jets training facility. Today, there are more opportunities for young girls to wrestle other girls and Section V has a girls flag varsity program.

The Wellsville wrestling program has produced Section V and state and national champions. At the top of the list for wins with 164 is Ethan Lamphier.

He started his career in the youth program in Wellsville, considered one of the best in the state, thanks to his parents, Larry and Ellen Lamphier, who volunteered for decades.

As a senior, Ethan went 39-4, and equally impressive, was honored by New York State with the Class BBB Sportsmanship Award. He was also named an Expressway Conference Most Outstanding Wrestler, first-team all star and a Big 30 Wrestling All-Star.

In football, his domination on the offensive line helped turn the program around and reach the Section V finals. His unselfish play on offense earned him an MVP offense award in a 22-18 win over Wayland-Cohocton, and on Homecoming in LeRoy, the Lions upset the powerful Oaktan Knights, 36-7. Lamphier not only played line, he ran the ball for a touchdown and was named game MVP.

He played two years of varsity baseball and his power-hitting ability earned him the nickname, “Kong.” 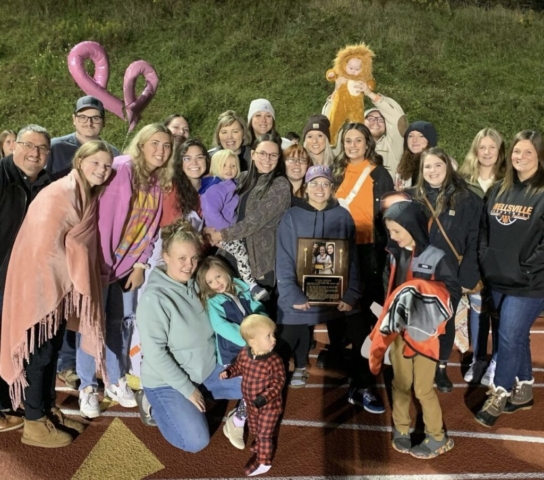 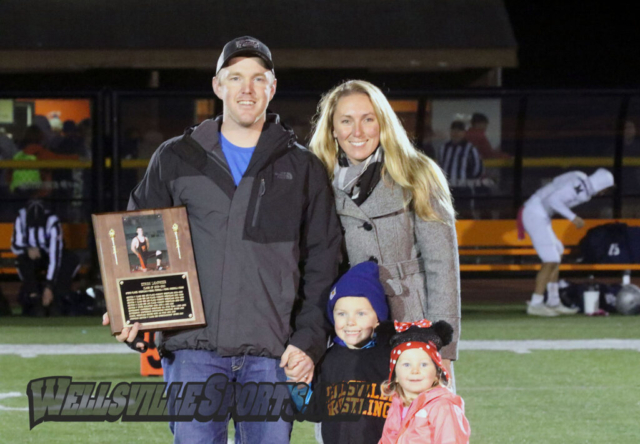 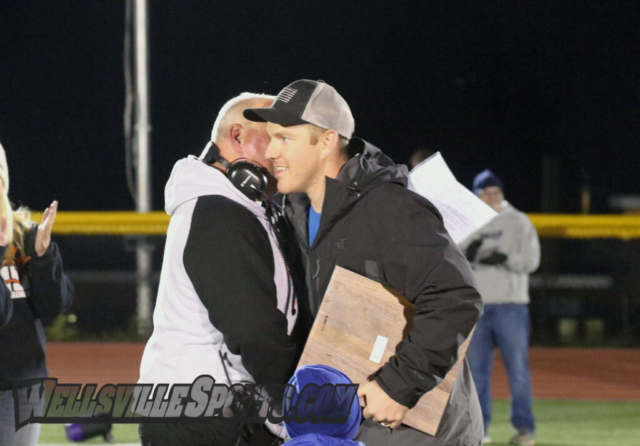 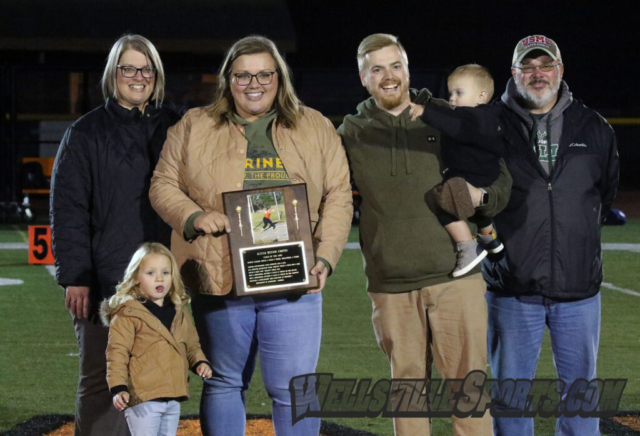 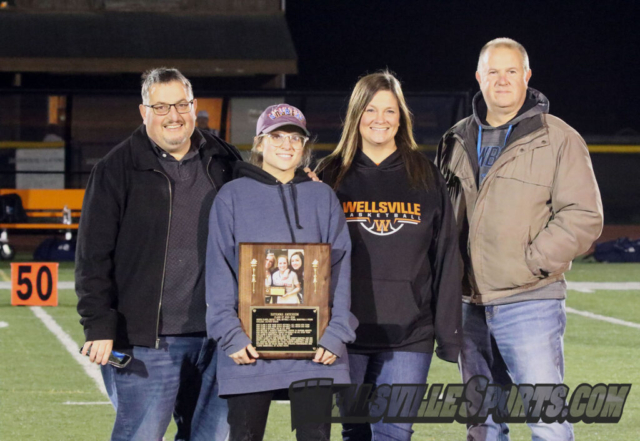 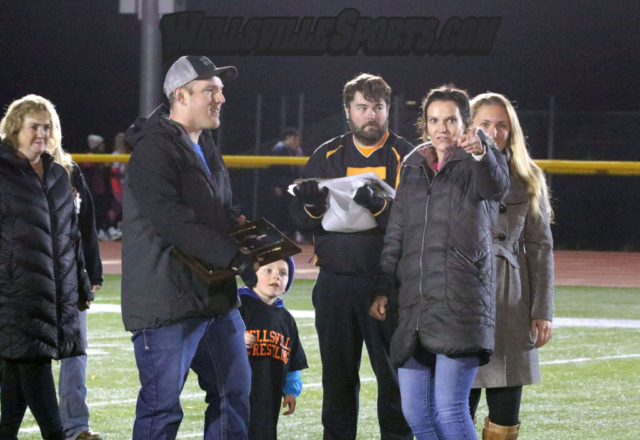 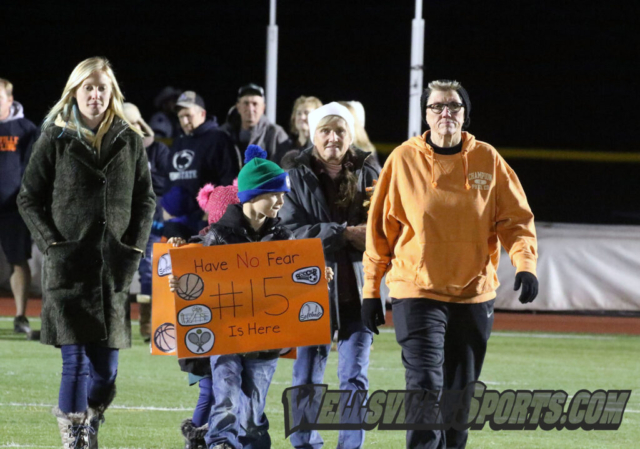 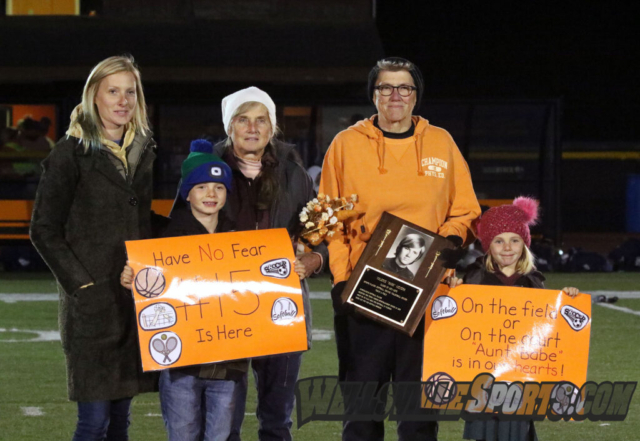 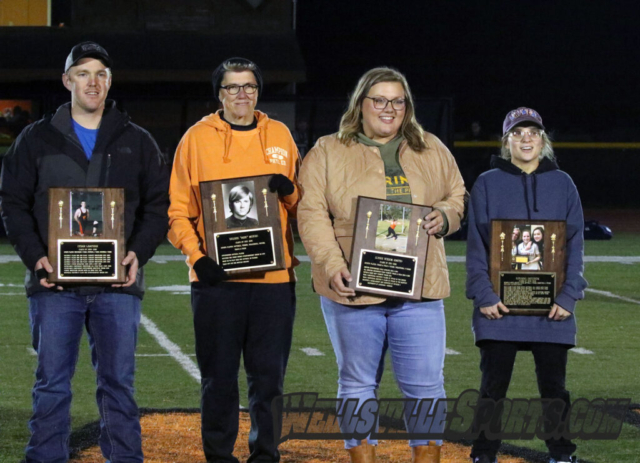 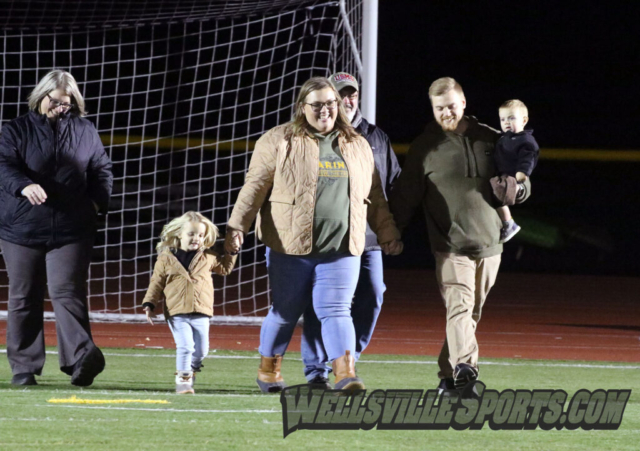