WELLSVILLE — There is no better time to look for and capture your first win than on Homecoming weekend. For the Lions of Wellsville, that time was on Friday

In their final home game of the regular season, in front a packed grandstand against visiting Mynderse (0-7), the Lions came out swinging in the first quarter with two quick scores to build a lead that they would hang onto all night long, making sure that their first victory of the season would remain glued together in what was a 30-6 triumph.

Wellsville (1-6) would get on the board with two scores in their first two drives of the night, both being set up under the guidance of JJ Howard. From the Mynderse 37, after a series of runs, Howard went to the air for his attack by letting a 37-yard bomb to a wide-open Derek Coleman fly. All alone, he speeds his way towards the end zone and in for the score to break the ice.

The hosts would now look to their defense to try and stop the Blue Devils in their tracks on their first drive of the game. Although a 41-yard pass play was unleashed down the field, they would go on to do just that by stopping three consecutive runs back at the line of scrimmage or in the backfield to back the offense up, ultimately forcing the ball back over on downs.

On the ensuing drive, the Lions would strike again with a 14-0 lead. Paced by a balanced rush attack on a mix of runs, Howard would use his legs to scramble away from the pressure brought on by the Mynderse front line, and score untouched on a rollout to his right from 12 yards out to help end the first quarter.

Mynderse would get the ball back to start the second quarter. And just as quickly as the snap of the ball at center, the Lions would get it right back on a diving interception by Brennen Geffers to keep the Blue Devils pinned deep. Wellsville could not do anything with the turnover, but Mynderse in turn would not capitalize on their next drive after the turnover either, resulting in the Lions holding possession of one of the final drives of the half.

With it, they marched their way down the short field at the Mynderse 42-yard line. They would nearly find the end zone on a massive pass-and-catch play stemming from Howard to Shane Davidson deep down the field before the play saw the Lions push the reset button on an offensive penalty. But they would get it back on a 25-yard touchdown to Jack Davis in the midst of a wide-open Mynderse secondary, branching out the lead to 22 at the break.

Both teams would exchange scoreless pleasantries across the third quarter, before Mynderse was able to finally work their way onto the board with a red zone rush into the end zone from Jaydan Ryrko from five yards out to cut the deficit down. But the 22-point lead was regained towards the halfway point in the fourth, when Matt Ritter escaped the grasp of the Blue Devils and bolted towards a 48-yard touchdown to push out the Lions lead permanently, sealing the deal on their first win of the season.

Individual and team statistics were not made available to the media. Game stats came from watching the stream.

The Lions will wrap up their regular season back on the road next Friday night at Holley, beginning in a 7 p.m. kickoff.

BOLIVAR — One week removed from perhaps their toughest test of the season at Canisteo-Greenwood, the Wolverines of Bolivar-Richburg were tasked with yet another fight with Sectionals quickly eclipsing over the horizon.

Next up, were the Pembroke Dragons — another worthy foe that will most certainly be revolved around Section V title contention in the very end.

Faced with a similar run game that Keegan Foote provided the Redskins of Canisteo-Greenwood last week against Bolivar-Richburg, another one of the area’s toughest and quickest in the backfield in Pembroke’s Tyson Totten would then enter the fray. For the most part, the run games between both teams were sealed shut.

But then in the second half, Totten would emerge in game-changing fashion. The scores would begin to flood in.

Out of the four remaining scores in the last 24 combined minutes that were left to be played, the Dragons had three of them from Totten — two on the ground and one through the air, as he helped set the record straight against the Wolverines with a big 14-point third quarter to push their lead out towards two full possessions, remaining in the driver’s seat until the end to capture the big 28-12 win.

Some early blows were delivered by both teams, as the offenses began kick starting their way into battle. Bolivar-Richburg (5-2) was the first team to climb on the board first led by Caden Allen under center from near the goal line, taking the snap and scrambling away from the Dragons defense and into the end zone from four yards out to record the early 6-0 lead.

Pembroke later on, would collect a response of their own from the ground with one of two Cayden Pfalzer scores, streaking away from a Wolverines defense who had been lights out most of this season, for 38 yards and the score to go along with the point-after-attempt a short time after to give the Dragons the one-point edge.

Pfalzer would maintain the momentum heading into the second half, by branching out their lead to eight after Totten fired one deep down the field into his hands for 44 yards and the score to earn some more breathing room. But not long after, the Wolverines brought a chance of their own to the table to trim their deficit down to a pair, as Trent Sibble worked his way to the outside and eventually into the end zone from 13 yards out to trail by a 14-12 count.

With the Wolverines now within distance to strike, Totten would then take matters into his own hands with the last two scores of the game from long range, scoring twice from 65 and 60 yards out in the last two quarters of play to push out the Pembroke lead insurmountably to record the road win at the end of the night.

Totten would finish with 22 rushes for 247 yards and his two scores for the Dragons.

Despite the loss, the Wolverines recorded 246 total yards on offense, with Sibble leading the backfield with 15 rushes for 90 yards. On defense, he and Tavyn MacDonell each recorded 3.5 tackles. Charles Millitello and Zach Mitchell each tallied three, while Caden Allen and Maddox Day rounded off with 2.5 each.

The Wolverines will look to close out their regular season strong with one last road trip, this one to Red Jacket to face the Indians in a 7 p.m. battle.

AVON — The Avon Braves were simply on point all night long. Friday night was the Richard Brice game for the hosts in green and white, as he accounted for five touchdowns both through the air and on the ground to help get the team’s offense firing on all cylinders against visiting Cuba-Rushford, as they strolled their way towards victory by a 45-9 count.

The Braves would take a 25-7 lead on the Rebels (1-5) at the break, when Brice accounted for the first three scores of the game — the first two coming in the opening quarter with his legs, capitalizing on runs of seven and 16 yards respectively to score an early 12-0 lead. In the second quarter, it was his arm that began to make some noise, as he fired a deep 59-yard pass down the field to Darrik Graham to push out the team’s lead before their shutout came to an end.

Finn Ricketts would erase the possibility of a shutout for the Rebels later on in the quarter, as Eli Sleggs recorded the team’s lone offensive score through the air on a 23-yard touchdown to get them onto the board. But right before the half marked its conclusion, Brice would provide one last aerial attack to Jake Driscoll from 21 yards out for his fourth touchdown of the game and a 25-7 lead at halftime.

The momentum for the Braves would keep churning along in the second half with three consecutive scores on the ground finding the end zone, two of them from Brice — his fifth of the game from 16 yards away, and later an 18-yard score from Wesley Farley. The scoring would conclude with a goal-line tally from Jake Driscoll before the Rebels added two more points on special teams after a low Avon snap dribbled its way into the end zone for the safety in the waning minutes of the battle.

Avon would accumulate 321 yards worth on offense, while the defense helped Cuba-Rushford commit five turnovers to help their offense set up shop. Leading the Rebels defense was Alex Baron, who had nine tackles and recorded 2.5 sacks. Cody Barton had 5.5 tackles, while Kadin Pierce, Dom Bello and Breckham Hunt each recorded four.

Cuba-Rushford will conclude their regular season next Friday night back on the road, as they prepare for a 7 p.m. kickoff against Penn Yan/Dundee. 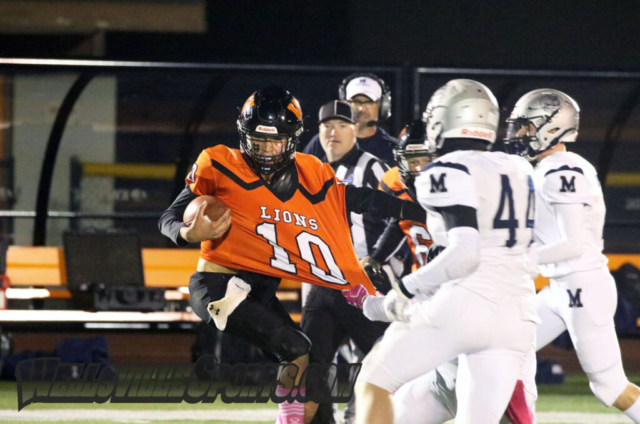 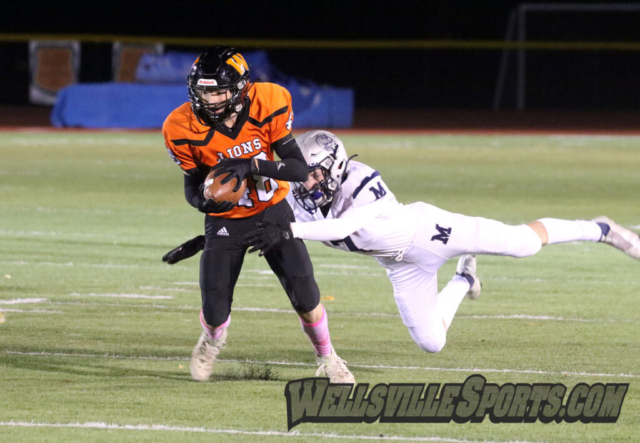 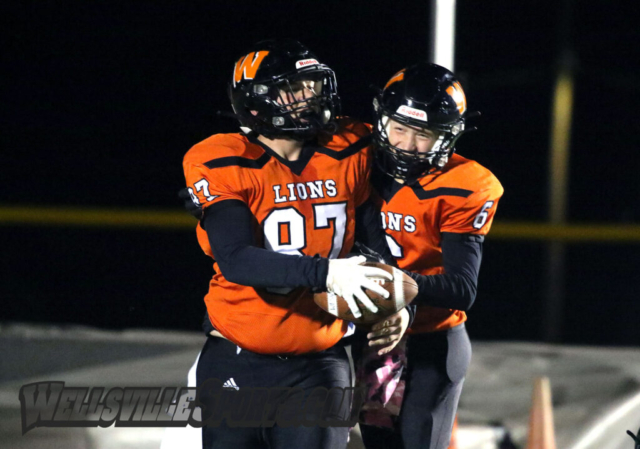 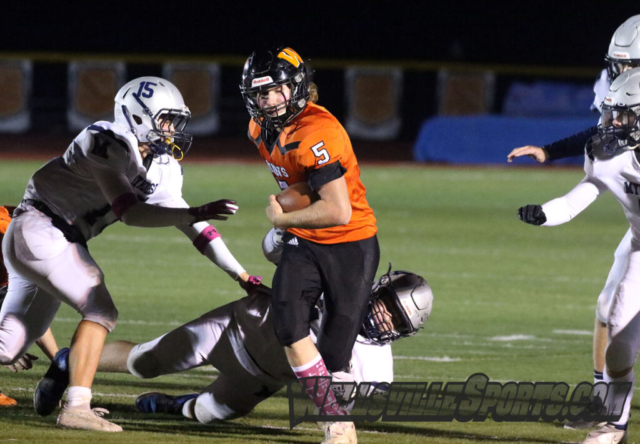 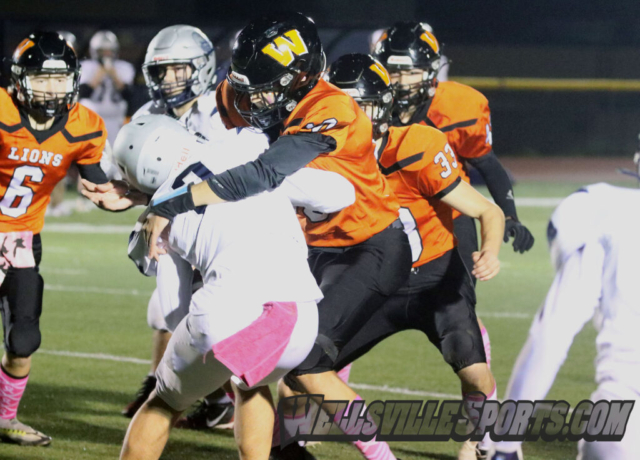 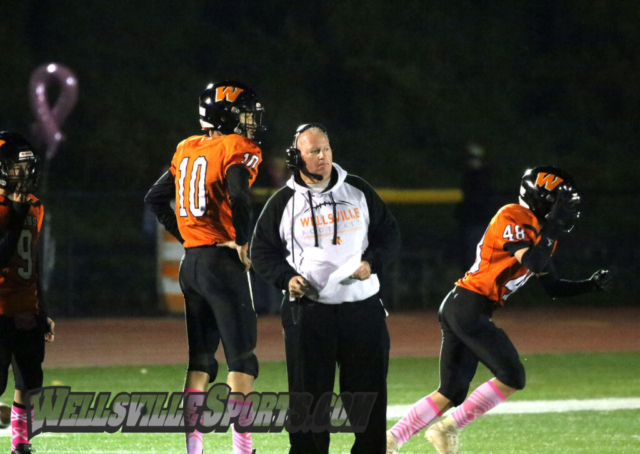 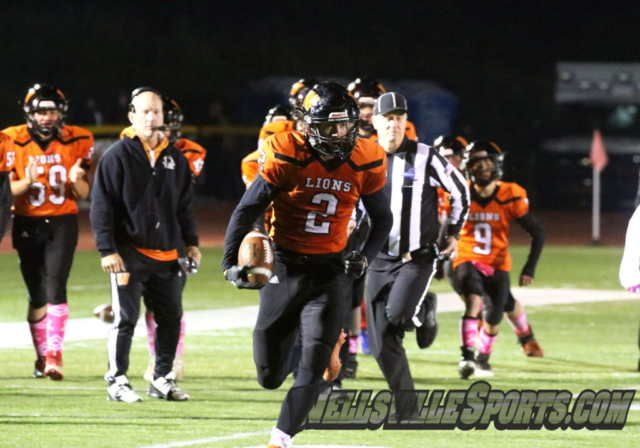 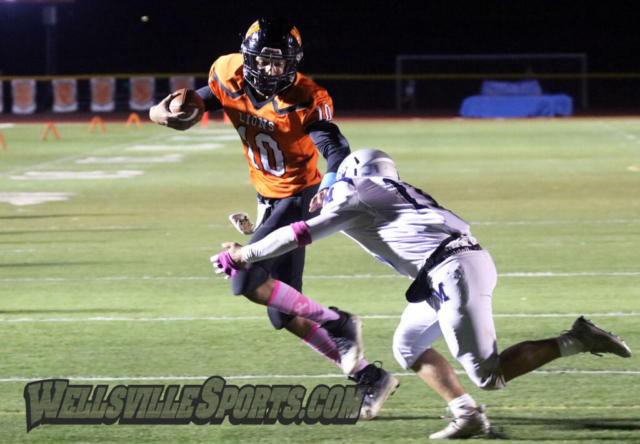