WELLSVILLE — With a strong performance in tournament action in Pavilion over the weekend, the Lions of Wellsville aimed to transition that success onto the mat once more for the first of their final three regular season matches before Sectional fever officially hits in a couple of week’s time.

After a flurry of forfeits to garner the advantage over visiting Campbell-Savona right out of the gate, Wellsville went on to score three wins out of the five total matches that took the stage on Tuesday at home, as David Clark, Jack Cicirello and Brayden Riley all helped give the Lions a winning edge in their 57-12 rolling of the Panthers.

Four straight forfeit wins helped Wellsville set the tone with a 27-0 lead out of the gate, before David Clark gave the team the first official victory in competition with a strong start that he held until the end, garnering a 9-2 decision win over Campbell-Savona’s Brayden Campbell at 118 pounds.

Adam Iantorno would nearly go the distance for the Lions in the next match at 126 pounds with Dominick Hand, as he fought back with three go-ahead points off a big nearfall with 30 seconds left in the second period. Clinging to a 3-2 lead in the waning ticks, Hand would ultimately gain the upper hand with three big points of his own before ultimately securing the match by pin-fall with 32 seconds left.

Cicirello and Riley would follow with back-to-back wins for the Lions at 132 and 138 pounds to keep the momentum in their favor, with Cicirello taking care of business with a pin-fall win at 1:21, while Riley followed with a strong takedown onto the mat against Greg Hargrave and morphing it into a pin-fall win a short time later at the 2:28 mark.

Wellsville will partake in tournament action this weekend in Perry, beginning on Saturday. The team will resume regular season play with their final road match of the season against Arkport/Canaseraga next Tuesday night at 6:15 p.m. 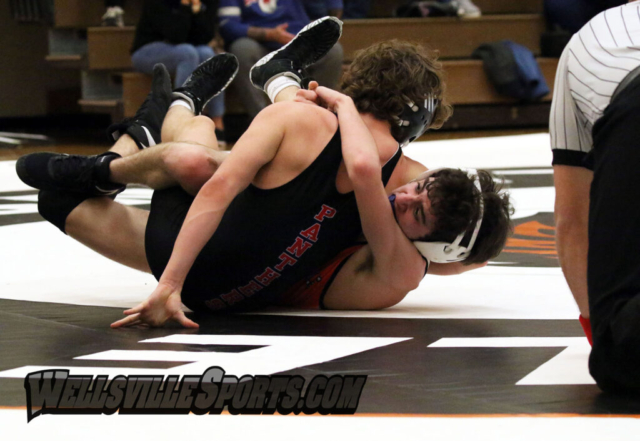 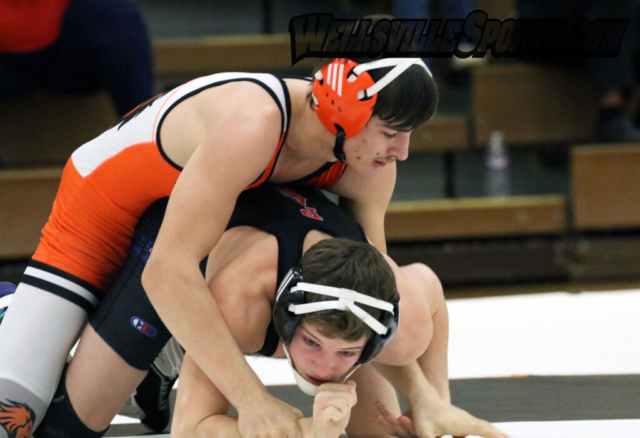 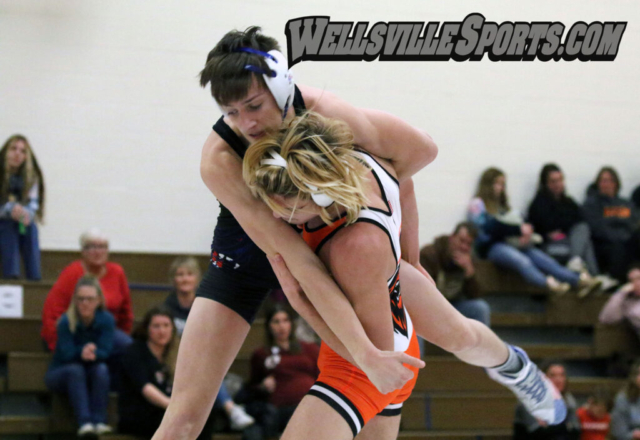 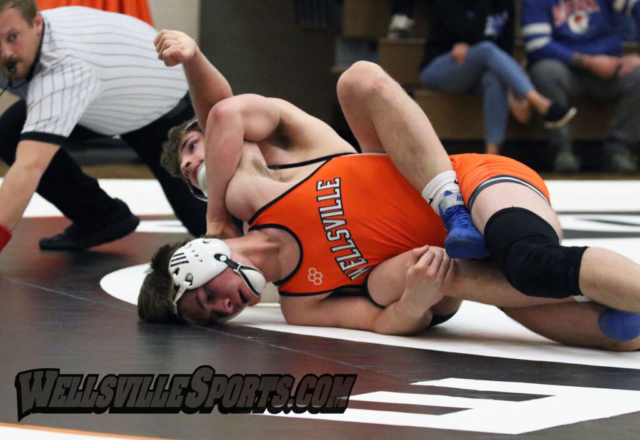 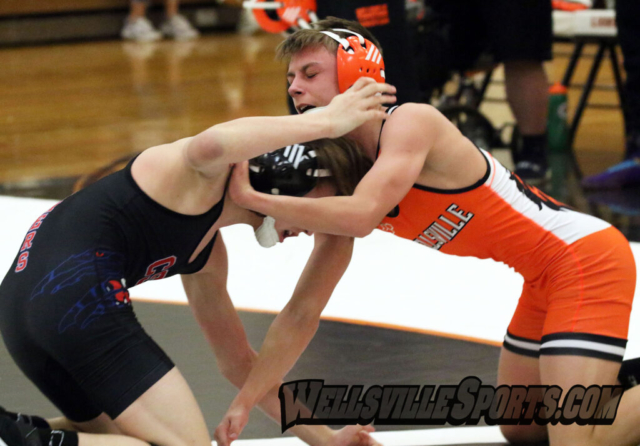 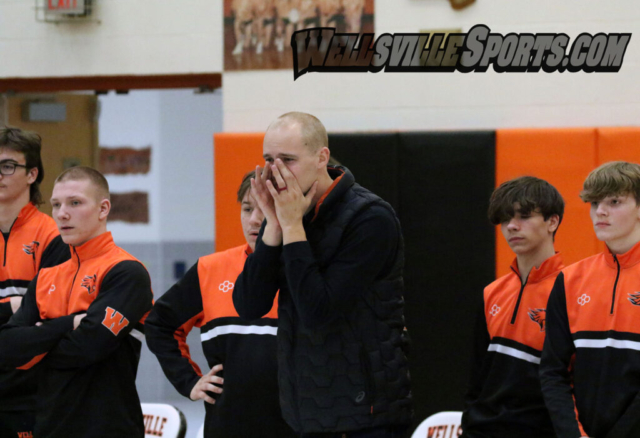 BOLIVAR — Trey Buchholz was able to give the Wolverines of Bolivar-Richburg the first strike on the mat to begin Tuesday night’s battle against Alfred-Almond. After that, the Eagles put the pressure on with four straight forfeit wins to overtake the Wolverines.

But the disadvantage would soon be overcome, as the hosts recorded humongous wins from Tavyn MacDonell and Camren Wilber in the back half of the match, using two key forfeit wins at the very end to claim victory over the Eagles by a narrow 36-30 count.

Buchholz tallied the first of three Wolverines triumphs right away at 126 pounds, as he took care of business with a 2:36 pin-fall win over Peyton Barnes. Alfred-Almond would then follow with four consecutive forfeit wins from Cole Briggs (132 pounds), Clarissa Flint (138 pounds), Eric Butts (145 pounds) and Riley McMichael (152 pounds).

Bolivar-Richburg would return to their winning edge with victories in three of the next four matches, with Tavyn MacDonell kicking it off with a quick pin-fall win over Kanye Cumberbatch at 160 pounds, in 1:31. Contributing wins along the way were Caden Allen, who tallied a forfeit win at 189 pounds, and Camren Wilber at 215 pounds with the quickest pin of the match at 26 seconds.

After a double forfeit at 285 pounds and the match in Alfred-Almond’s favor by a 30-24 count, the Wolverines would wrap up the comeback victory with back-to-back forfeits in the lightweight division from James Gleason at 102 pounds to tie the match, and then a match-clinching forfeit for Gary McDowell in the very last weight class, at 110 pounds.

Bolivar-Richburg will return to action on their home turf next Tuesday night for a 6:15 p.m. heavyweight bout against their archrival on the mat — Canisteo-Greenwood.

A Quick Note from: Alfred Village Department of Public Works