WELLSVILLE — Through the first five games of the season, Wellsville has begun their Class B2 Title defense off on the biggest of footsteps. Rattling off five straight wins, the road ahead would not get any easier for the Lions.

A week removed from their first game within a four-game gauntlet, the wait was on after weather put a damper in what was originally slated to be the team’s home opener against defending Class B Far West Champion, and Section VI power Allegany-Limestone. Back home on Tuesday, another Section VI perennial was now in waiting — the Olean Huskies.

Out of the gate, Wellsville was met with immense pressure. The kind of pressure that allowed the Huskies to jump all over the activity through much of the first half of play. From collecting rebounds to forcing turnovers, Olean cashed in any way they possibly could to keep one foot ahead of the Lions.

But despite facing a tremendous wall of adversity, the hosts in white and orange would fight and claw their way back. After a strong finish to the first half to keep right on Olean’s trail, it would become a coin flip. The game was up for grabs.

Who wanted it more?

For the entire second half, both Olean and Wellsville would spend that time dealing back and forth blows, where no advantage held by either team was ever out of reach. But when it came down to brass tax, clutch shooting was the name of the game.

Thomas Bates would lock, stock and barrel that for the Huskies.

Out of his team-high tying 22-point performance alongside Jack DeRose, Bates hit 10-of-11 from the stripe, with the majority of the points coming in the back half of the fourth quarter to push their lead out far enough for the Huskies to hang on, surviving a late comeback bid by the Lions to hand them their first loss of the season with a 61-53 victory through the night’s high-wire act on the hardwood.

“Turnovers really killed us to start the game. Olean’s pressure really gave us fits,” said Lions coach Tom Muska. “To start a game with multiple turnovers like that, especially against a team like Olean, is almost like tripping to start a footrace. But give the kids credit, they did a great job digging back in it, and coming back. We were tied up going into the fourth, and it was anyone’s game. But Olean was able to hit some big shots to close it. Hopefully this can be another game we can get better from.”

After an early trading of barbs between both teams began the night, Olean would find their way ahead with a scoreless run. With the Lions (5-1) in front with the initial 7-5 lead, the visitors in red and yellow would springboard out into the lead behind a bounty of shots at the charity stripe from Bates, and then clutch three-point shots from DeRose and Cade Anastasia to help set up shop.

But the Lions would finish the quarter on a strong note with the last five points in a row, including an Aidan Riley long three-point heave from just outside the top of the key at the buzzer, to close the gap down to five.

Olean would regain traction on their advantage however, going into the second, as they went on to branch it out by as much as seven points behind some more hot shooting. All of that ground was made up over time by Wellsville to close out the opening half, as they used a 7-0 run fueled by a big Logan Dunbar three-point play at the line with 30 seconds remaining, to cap it off.

From the third quarter onwards, it was anyone’s game.

Through multiple lead exchanges and ties, Wellsville saw the rise of Logan Dunbar provide a spark for the offense. The senior accumulated 10 of the quarter’s 15 points alone, which included perhaps the biggest three-point play at the charity stripe to tie the game at 39 going into the last eight minute period.

The same story can be told for the last session of play, when both Olean and Wellsville continued to ride stride for stride with one another. But along the way, an opening was created by the Huskies. One that would be of game-changing magnitude. In the last three minutes with a 50-50 tie on the board, Olean would use their service at the charity stripe to their utmost advantage, as they went on to score 11 of the game’s final 14 points, with Bates having a big hand in the successful conclusion for the hosts to hand the Lions their first loss.

Dunbar would lead all Wellsville scorers with a team-high 21 points. Aidan Riley finished with nine points, while Cody Costello and Ty Vogel rounded off with eight and seven points, respectively.

The Lions are now off until Thursday for their final contest of the calendar year, as they get set for a 7:30 p.m. visit to Fillmore to take on the host Eagles.

BOLIVAR — After Wellsville endured their first defeat of the season, the Bolivar-Richburg Wolverines remained the only early unbeaten left in play. With a week of no action now in the rearview mirror, the race towards a strong finish to the calendar year restarted on Tuesday back on their home floor.

The Wolverines welcomed their neighbors from down the road in Portville, in town for a visit. A visit that saw them record two huge runs in the first half that wound up making a lot of noise.

Working towards an early tie with the Panthers in the opening sequences of the contest, Bolivar-Richburg would find an opening along the way in the shape of a big first quarter lead. With it, the Wolverines would add more fuel to the fire to close out the first half with all the room they needed in the driver’s seat to build, establish and secure a lead that they never gave up to their opposition, as they rolled towards a 5-0 start behind a 56-39 win.

“The boys are playing some really great basketball, tonight especially,” Wolverines coach Justin Thomas said. “We created some great opportunities on offense because of our solid play on the defensive end. We did a nice job getting to the middle, and kicking it outside for Landon (Barkley). A lot of guys did some great things to make this win happen, and Portville was going to give us a challenge coming in. I told the guys beforehand that they’re an incredibly hungry team looking for a win, so we knew that they were going to be ready to roll.”

Through nearly half of the time in the first quarter, Portville and Bolivar-Richburg (5-0) worked their way towards an early 6-6 tie — a deadlock that the Wolverines would break at an instant with a massive run to close out the frame of play, as they went on to score 11 of the next 13 points, six of them in a row, to take a 17-8 lead.

The lead for Bolivar-Richburg would grow to as much as 11 at one point during the second quarter, and 15 at the end of it, as they used the next eight minutes to build onto their lead to keep it intact completely. As a result, the Wolverines continued to keep hitting all strides with a 32-17 halftime lead to advance forward with, never looking back in the process.

Three different scorers had a huge hand in driving the team’s success, with Landon Barkley leading all scorers on the floor with a game-high 16 points, including four of the team’s seven three-pointers, to pair with five rebounds. Following behind was Aydin Sisson, who recorded 13 points of his own to couple with four assists, while Evan Pinney added in 12. On special teams, David Baldwin led the rebounding department with seven off the glass.

Bolivar-Richburg is back on their home floor after break on January 3, as they take aim at potentially a sixth straight win by playing host to another claw of Panthers — Campbell-Savona, in a 7:15 p.m. contest.

ANDOVER — The dynamic duo of Cayden Lawson and Sawyer Troxel simply could not be stopped, as the Jasper-Troupsburg sharpshooters unleashed a first quarter barrage against host Andover/Whitesville that allowed them to put the hammer down almost immediately on Tuesday, as they rolled straight forward and towards a 74-41 road win in Andover.

“J-T shot the ball really well. They had too much firepower for us to handle, and we gave them way too many easy looks and second chance points,” said Andover/Whitesville coach Jimmy Joyce. “We actually did pretty well on defense against some of their guys, and I was happy with how Colton’s (Calladine) play on both sides of the ball gave us some energy to feed off of. But they came out hot, and we couldn’t put it out.”

Both Lawson and Troxel combined to record 22 of the team’s 24 points right out of the gate to start the evening, as they accounted for a massive 24-12 run of Andover/Whitesville (3-6). The advantage would gradually increase over time for the Wildcats, providing a strong finish to the first half before unleashing the offense once more to start the next, recording a 25-point third quarter to branch out their lead even farther away from the hosts in white to help lock up the win.

Despite the loss, Andover/Whitesville saw a breakout performance from Colton Calladine blossom into fruition, as he, along with CJ Estep, recorded 13 team-high points. Brody Vance and Gage Hall each furthered the cause with five points.

Next up is a trip to Scio on Thursday for their final game of the calendar year, as Andover/Whitesville gets set to take on host Friendship/Scio in a 7:30 p.m. battle. 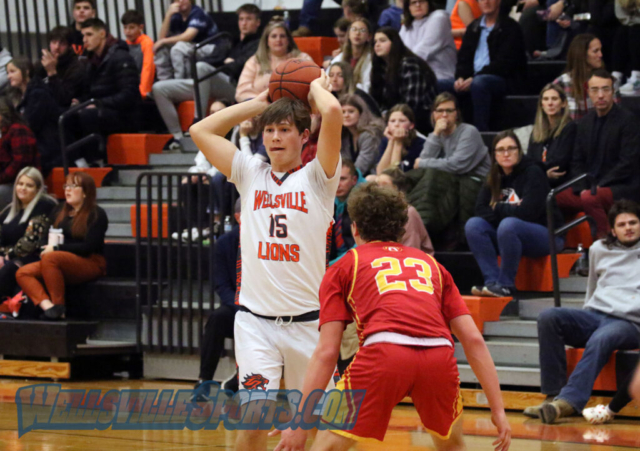 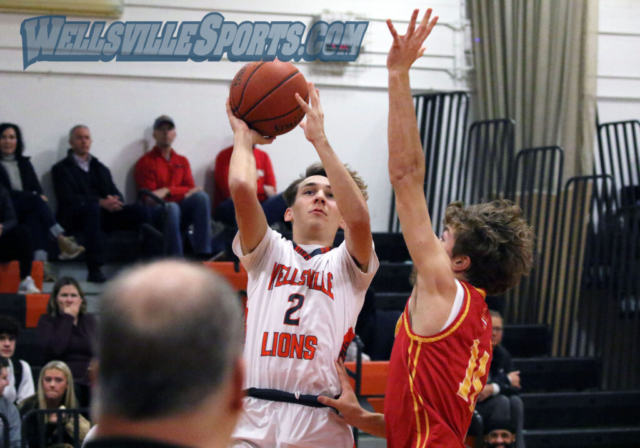 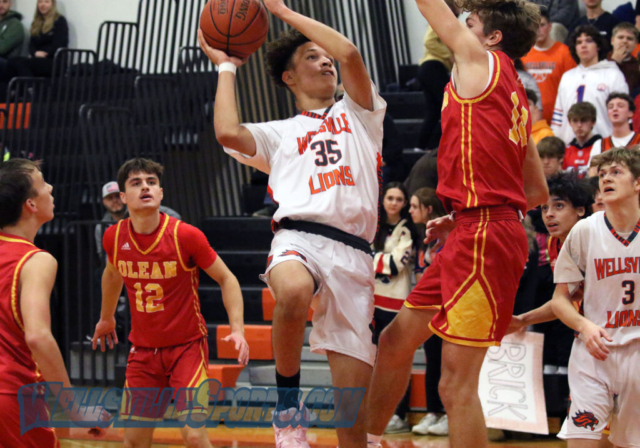 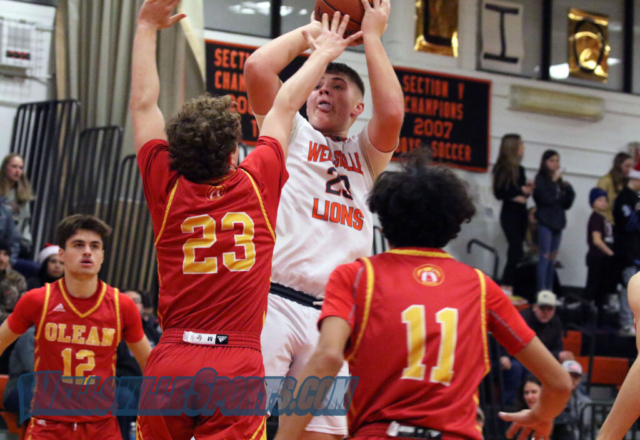 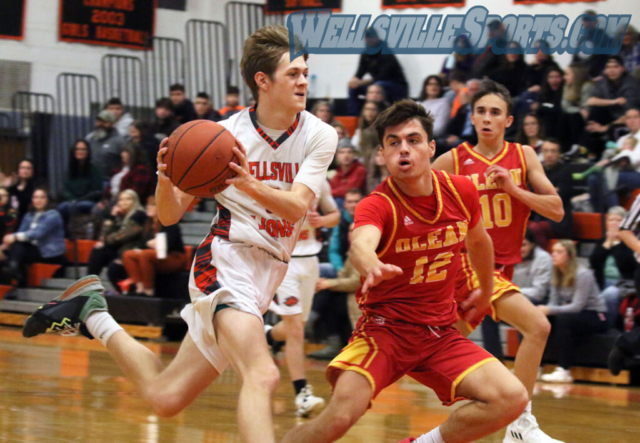 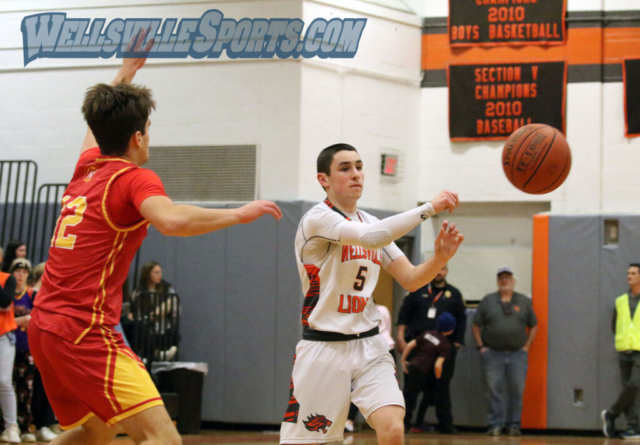 ​​​Statement from ASC President Steven Mauro to the Campus Community