ARKPORT — In the late stages of their road battle against the host Lady Wolves on Monday, Friendship/Scio was running out of time on a last chance effort in regaining what was a game-long lead that was lost in the fourth quarter.

The pressure was most certainly on, but if there was anything that had worked out in Friendship/Scio’s favor along the way, it was their rebounding, as they would save some of their most heroic board-grabbing for the game’s final stages.

The Friendship/Scio junior was overpowering underneath the glass all game long. As a result, she would come up with 14 of the team’s 38 in all against Arkport/Canaseraga — three of those coming in the waning seconds of their big finish at the end of the game. The very last one she would handle, Ross would jump right back up and put the shot away right as time expired to break the 39-39 deadlock and trade it for a game-winning effort that gave her squad the 41-39 edge over the road.

“They had some big girls in the middle, but we went hard on the glass tonight. That’s how Nevaeh got us the win,” said Friendship/Scio coach Ashleigh Lewis. “She went in to grab that loose ball, and she hit that shot right in between them. We have to learn how to win in close games, and tonight, we put the pieces together to get this win behind some great plays to pull it off. We’re getting better every game, so this was a big step forward for us.”

Before the late stage heroics came into play, Friendship/Scio (3-2) went on to garner the upper hand against Arkport/Canaseraga through the first half of play, battling back-and-forth through the opening eight minutes before finding an opportunity to create some cushioning in the second whilst holding the Lady Wolves to just five points.

With a 20-12 lead in hand, Friendship/Scio would continue to build in the third quarter before the Lady Wolves saved their best quarter for last to apply all the pressure they could down the stretch, enough for them to force the game’s first big lead change in the fourth quarter.

But then the team in blue and gold would resort to their special teams play to get the job done — rebounding. As a unit, Friendship/Scio garnered 38 team rebounds against Arkport/Canaseraga, with three of those coming consecutively from Ross in the game’s waning seconds. The latter of the bunch being the difference maker, as the Friendship/Scio junior made sure the third time was the charm to help secure an epic road win.

Ross would finish with a game-high 21 points to lead all scorers on the floor, for Friendship/Scio. Logan Roberts added in eight points of her own, while Kiara Grover had six points and five additional rebounds. Furthering the special teams cause off the glass was Morghyn Ross, who recorded seven more.

Friendship/Scio will look to keep the momentum flowing into Friday night back home, as they host the defending Class D2 Champs — Andover/Whitesville, in a 6 p.m. tip-off in Scio.

FILLMORE — Let’s just say last week’s matchup in Franklinville for the Lady Eagles of Fillmore, was a little too close for comfort. Across what was a grueling and tough physical battle against the Lady Panthers, Fillmore was right on the doorstep each time but could not find a way to regain traction on a lead.

Now, for the second time in their first three games, a chance for redemption was presented to the Lady Eagles back on their home court from within the confines of The Rock.

To say it was another grueling physical battle between both teams, would be an understatement. But on Monday, the Lady Eagles would ultimately find a way to seek that redemption with the sisters Russell giving them the start they wanted.

The Fillmore juniors helped unload the offense against the Lady Panthers, especially across the first quarter, when they jump-started an early scoreless run to set the pace. Despite Franklinville almost matching it as time went on, the lead for the Lady Eagles was solidified come the second half, when they pitched a third quarter shutout to keep their opposition off the board while building on what was a 42-28 victory to claim their first win.

“I was proud of the defensive effort we had tonight,” said Lady Eagles coach Tom Parks. “We gave up 49 to them the first time, and we talked about paying more attention to the little things. I challenged them to be better, and in the third quarter, we pitched a shutout. We’re going to be up and down with the offense for a while, so the defense has to be steady for us, for the time being.”

A run of eight consecutive points would start Fillmore (1-2) off on the right foot, as Hope and Grace Russell kicked off the festivities with back-to-back baskets on the run. As a result, it would be one of two Lady Eagles shutouts they would post during the battle, with the first being a complete shutoff of all offensive production, as Franklinville ended their scoreless 8-0 drought with four consecutive shots at the free throw line to get on the board.

Despite holding onto a lead against Franklinville, Fillmore were forced into duress by the Lady Panthers defense, which caused multiple turnovers for the visitors in blue to record finishing touches on. What was nearly a double digit lead for the Lady Eagles, quickly zipped back down to five when both teams went into their locker room for the break.

In the third quarter, Fillmore would go on to put the finishing touches on the win in a ginormous way — an 11-0 scoreless third quarter shutout that gave them a magnificent amount of room to maneuver their towards a triumphant home debut.,

The Russells would combine to record 22 of the team’s 42 points in all, with Hope leading the front with a game-high 12 points and six steals, and Grace finishing with 10 to pair with five steals and four assists. Helping further the team’s cause on the attack was Amelia Rose, who had eight points.

On special teams, Rachel Hatch was solid off the glass, grabbing eight boards.

Fillmore is back on the floor Wednesday night back over the road, as they prepare to visit the Allegany-Limestone Lady Gators in a 7:30 p.m. tip-off.

HINSDALE — Like the boys battle later on in the night, both Houghton Academy and Hinsdale ladies squads would provide an early, back-and-forth transaction of baskets across the first quarter on Monday. The Panthers boys squad emerged from the locker room revving and roaring in time for the second half.

For the Lady Panthers themselves, they made sure the momentum was held in their favor before that.

With a quick one-point edge on the Lady Bobcats, the table was soon ran by the Lady Panthers, as they went on to hold their opposition to below six points through the three remaining quarters, including a big first half-closing run to pull themselves away and out of reach to secure the victory along the way by a 43-21 count.

A 14-3 run through the second quarter of play was ultimately the determining factor that separated Houghton Academy (2-3) from victory. Charging the efforts were the team’s dynamic duo in Jess Prentice and Jessica Adenuga, as the two sharpshooters combined for 35 of the team’s 43 points to help make the win happen for the Lady Panthers.

Prentice would lead the visitors in scoring with a game-high 22 points, while Adenuga followed with 13 of her own. Laura Maya chipped in with six additional points, while Julia Winkens had a two-point basket to round off.

Hinsdale (0-5) was led by a 12-point effort from Kaleigh Buckles. The Lady Bobcats are off until Thursday, when they travel to take on the host Lady Panthers of Franklinville to open up their home tournament.

As for the Lady Panthers, they head back home to host Archbishop Walsh in a 7 p.m. tip-off.

HINSDALE — Both Houghton Academy and Hinsdale went back and forth all throughout the first half of play, where no deciding quarter was determined by more than a single point.

It would allow the Bobcats to take the game’s first edge into halftime, despite the Panthers remaining hot on their trail. But then, it would soon catch flame upon the re-entry back onto the hardwood for the second half, when Houghton Academy completely changed the game in one foul swoop with a massive third quarter run that sprung them ahead towards victory on Monday over the road, taking the 51-40 decision for their first win.

Hinsdale had the game’s first upper hand throughout the first half, surviving a back-and-forth battle all throughout, as they took a two-point lead on Houghton Academy (1-2) going into the break. But the Bobcats (0-5) would soon lose control of it when the script flipped to the second half, as the Panthers offense came out firing on all cylinders in the third quarter.

In all, a massive 12-2 run to keep the hosts at nearly a complete standstill while capitalizing on big buckets themselves to take the lead away from their opposition, once and for all, to secure their first win going forward.

A big piece to Houghton Academy’s success? — A 27-point season-high game from James Adenuga, who hit big shots left and right, inside and outside to set the pace for the attack. Following behind was Josh Davidson and his 14 points. Both shooters combined to produce all six of the team’s three-pointers. Helping further their team’s cause was Jack Prentice, who had five points to add.

Despite the defeat, the Bobcats had a hayday from three-point range. Out of the 14 total field goals the team would produce, 10 of them came from beyond the arc, with Tyler Richards and his three shots taking charge in a team-high nine point game. Henry Schwartz and Cody Barton had eight points, while Brad Bergstrom and Jeff Wright sank a pair of treys, for six points. Hinsdale is now off until they head for Franklinville to partake in tournament action on Thursday.

Houghton Academy will head back home to welcome in Andover/Whitesville for a 5:30 p.m. visit, Thursday evening.

ANDOVER — The defending Class D State Champions were at the top of their game from start to finish during their visit to Andover/Whitesville on Monday.

As three different Titans all pitched in with double digit efforts to set the pace on offense, an early lead through the game’s first eight minutes would soon develop. Avoca/Prattsburgh would go on and continue to build going into the second half, as they maintained their position at the top by recording a 65-29 road win in Andover.

A big spark would electrify the hardwood for Avoca/Prattsburgh after finishing the first quarter on a hot note, as they shifted all their momentum into closing out the first half the same way. As a result, the Titans would unleash a barbaric 16-2 second quarter run against Andover/Whitesville (2-4) to garner all the room they would need to keep their position at the front of the pack, coasting towards victory with two more solid efforts in the second half.

CJ Estep led all Andover/Whitesville scorers with a team-high 14 points. Kohler Niedermaier chipped in with eight points, while Jack Belmont had a three-point basket.

Andover/Whitesville will now hit the road for a 5:30 p.m. contest at Houghton Academy, starting Wednesday evening.

GREENWOOD — The Jasper-Troupsburg Wildcats navigated their way towards a dominant performance on their home floor on Monday, as they started a brand new week of action on a sharp note with what was a 65-38 home win in Greenwood over visiting Friendship/Scio.

Individual stats and a complete box score were not made available to report upon publication.

Friendship/Scio (1-3) will return to the hardwood in over a week from now, returning home to host Andover/Whitesville for their final contest before the Christmas holiday, next Thursday night at 7:30 p.m. in Scio 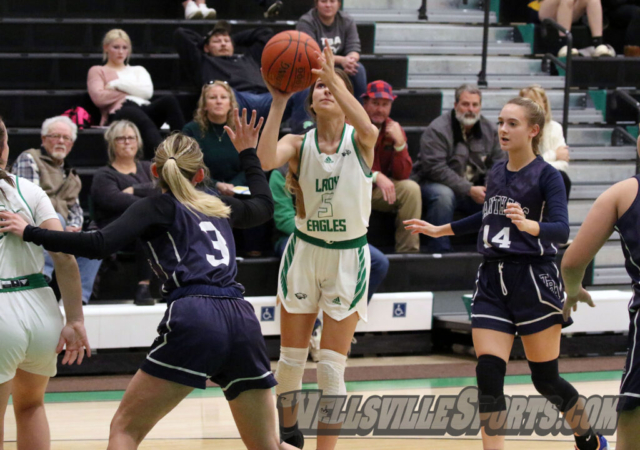 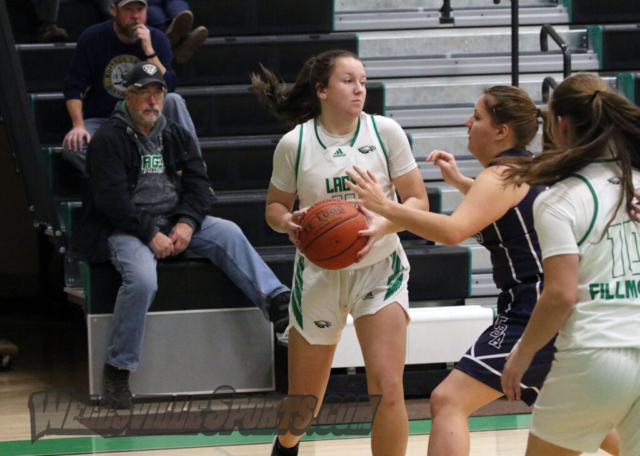 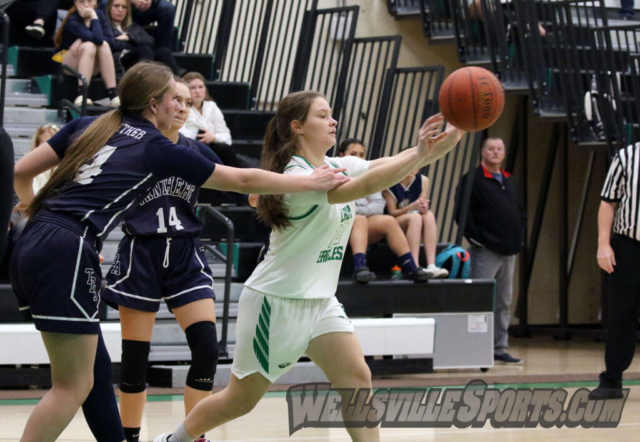 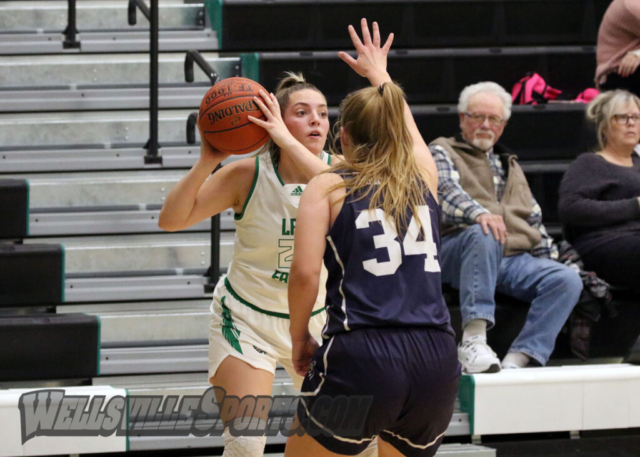 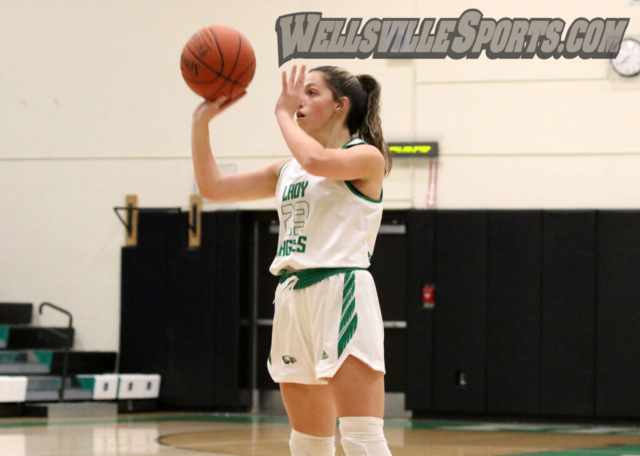 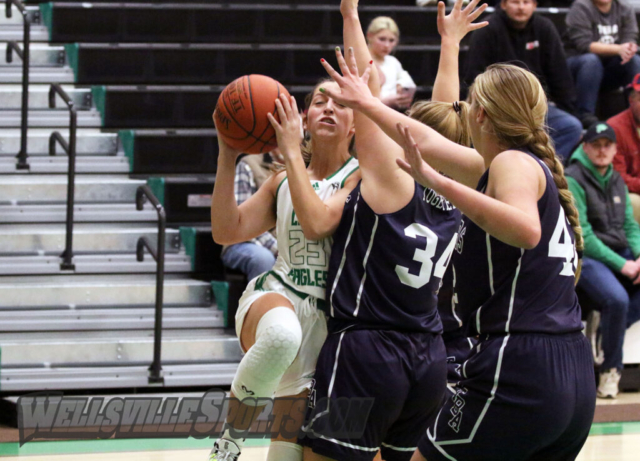 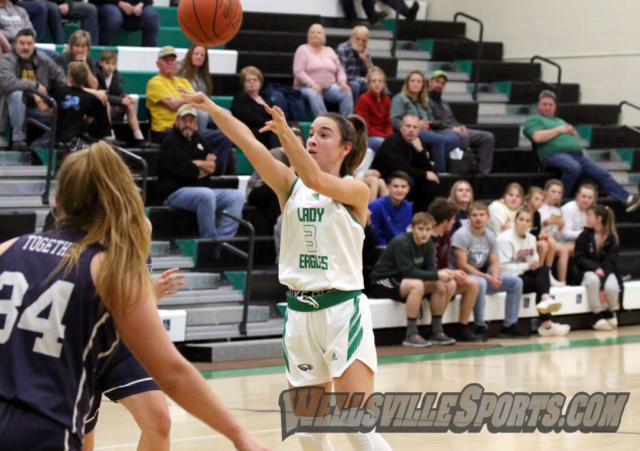 Alfred State and UB Nursing are helping the Southern Tier

“The Beatles” comes to Wellsville tonight 7/21