CUBA — To begin the new week of volleyball on Monday, a tight affair of volleyball from within the Wighthouse where Wellsville and host Cuba-Rushford went the entire distance.

All five sets were used to its fullest maximization, as each team delivered punch after punch through the night. Both teams would get off to an early jump of their opposition in the first sets of play, but then it would begin to tighten up, especially down the stretch.

In the final set, it would see a brief extension of play into extra serves to decide it all. For the defending County champions, they made sure it was them that came out on top, as the Rebels of Cuba-Rushford grabbed the two points needed to capture the victory in five sets of play, outlasting the Lions every step of the way to remain unbeaten with their fourth straight win to start the season — a 25-19, 16-25, 25-20, 19-25, 17-15 decision.

The first set of the evening would belong to the Rebels (4-0), as they garnered multiple runs to establish their lead — one of them formulating off seven of the first nine points in the set’s opening stages. Wellsville would have to work their way from behind, but the Rebels would remain one step ahead each time, allowing the deficit to climb no lower than five while extending their lead upwards to nine points on multiple occasions.

Despite some miscues trying to finish off a strong opening set, Cuba-Rushford would hang on for the six-point win.

The Lions (1-3) would find a way to bounce back later on, as they produced a dominant start of their own with six of the first eight points going in their favor, syphoning energy from three consecutive blocks from Brody Heaney at the front of the net to gain the upper edge. The lead would be maintained all throughout, despite Cuba-Rushford attempting to inch closer while trimming their deficit.

After Wellsville managed to hang on to tie the match at one going forward, it would set up a teeter-totter pace of action for the remainder of the match, with each team collecting one more set, including a big Lions win in the fourth set to force a decisive final frame of play. One that saw a brief glimpse into extra serves, where the Rebels were able to deliver the final punch they needed to hang on and secure the victory to remain unbeaten.

Leading the Rebels cause was Max Hinckley on offense, firing off seven team-high kills to go with three aces. Maddox Keller chipped in with seven huge blocks at the net, pairing them with six additional kills and five aces. Setter Haven Kellogg passed out 20 helpers to couple alongside four additional aces from the back line.

Wellsville was led by Xavier Scott on offense, as he recorded a game-high 10 kills to pair with three aces and two blocks. Riley Graves chipped in with help of his own, producing eight kills, two aces and two blocks, while Heaney’s three first-set blocks were paired with five blocks, two aces and two assists. The Lions are now off until a Thursday night road trip to Allegany-Limestone for a 6 p.m. first serve.

Cuba-Rushford will go for five straight wins when they return to the floor Friday night, visiting Genesee Valley/Belfast for a 6 p.m. contest.

RICHBURG — The Wolverines of Bolivar-Richburg had to overcome an early bump in the road caused by visiting Fillmore, Monday night. With the Eagles outlasting the Wolverines right down to the wire, control was now in their hands.

But for the hosts in black and red, the bounce back from it was big. Just how big? — Try a complete sweep.

Bolivar-Richburg brought it all together beginning in the second set until the end, as they put together three dominant stanzas of volleyball to take control away from Fillmore, and use it for themselves to complete their rally from behind, taking the four-set victory by a 22-25, 25-14, 25-16, 25-17 count to garner their third win in the first four games.

Ian Unfus provided a solid effort to pace the Wolverines (3-1) attack, recording a game-high eight kills to pair alongside seven assists, five aces and five blocks. Along the way, he saw help from Jaeger Turybury and Hunter Walp come into fruition, with Turybury following up with seven kills of his own, as well as three aces and a pair of blocks. As for Walp, he chipped in with six kills, six aces and a trio of blocks at the front of the net.

On the other side, Fillmore (1-4) was led by Henry Decker, who tallied nine service points and six team-leading kills. The Eagles are now off until Friday, when they return home for a 6 p.m. battle with Friendship/Scio.

The Wolverines are off until a Thursday night road trip, when they prepare to visit Arkport/Canaseraga for a 6 p.m. contest.

BELMONT — The brooms were brought out in full swing by Genesee Valley/Belfast on Monday, as they started off the week with a complete-set blank of visiting Arkport/Canaseraga behind two tough, gritty finishes in the opening two sets to set up the victory — a 25-21, 25-22, 25-16 decision that now sees them reach .500 once again.

The Genesee Valley/Belfast (2-2) would not have been complete without the effort of Canaan Sullivan on the offensive front, as he led the way with a team-high eight kills and one ace. His fellow attacker, Sean Mahon, was not far behind himself with his seven additional kills, pairing them with two aces and a block.

Setter Dominic Marra helped set everything up with 18 helpers, and one ace.

Next up for Genesee Valley/Belfast is a Friday night home battle with unbeaten Cuba-Rushford, who comes to town for a 6 p.m. visit.

SCIO — After they dropped their first battle of the season to the Rebels of Cuba-Rushford to close out the week on Friday, the Allegany-Limestone Gators wanted to make sure they started Monday on a fresh new page.

They would go on to do just that, and more, as they put together three dominant sets of volleyball to take complete control of the action against host Friendship/Scio, rolling their way towards straight-set triumph to hop back into the win column in their 25-17, 25-10, 25-19 win.

Leading Friendship/Scio (0-4) was Lawson Ector from the service line, as he recorded 10 service points to go with six assists and two aces. On offense, Jordan White and Max Morris each tallied four kills, with Morris adding a pair of blocks along the way.

Friday night, Friendship/Scio will look to get back on track over the road, visiting the Eagles of Fillmore for a 6 p.m. first serve. 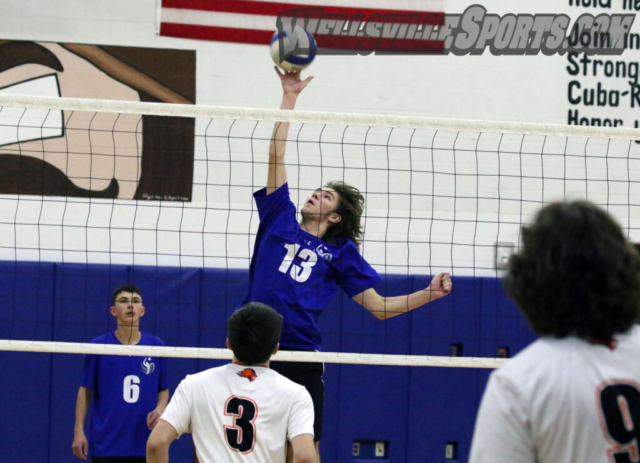 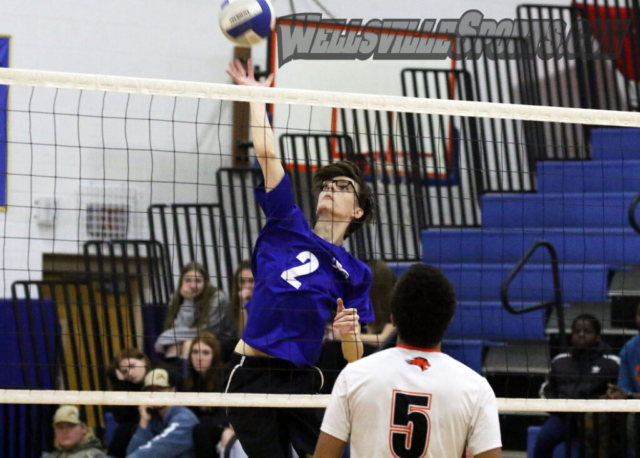 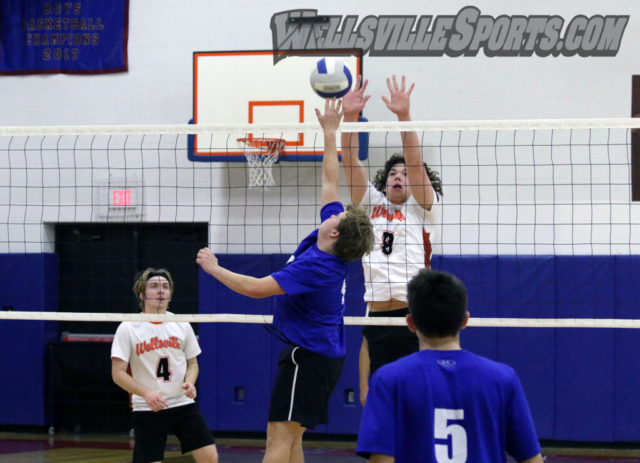 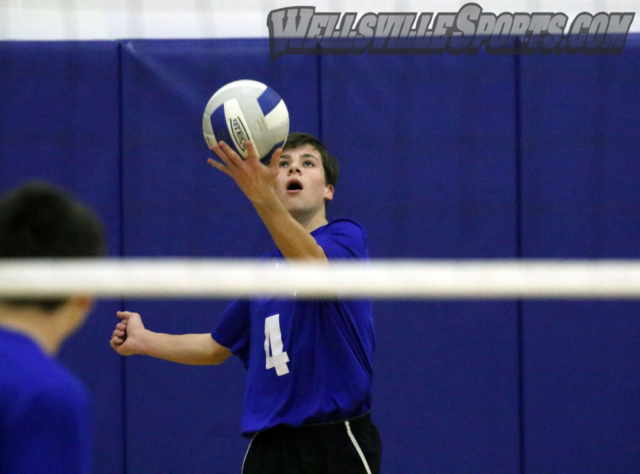 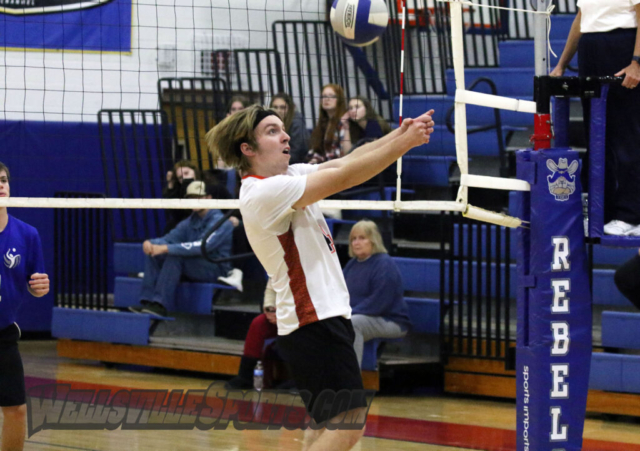 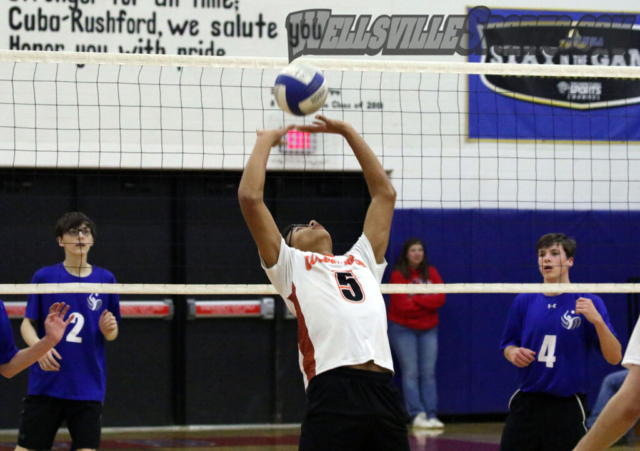