BELFAST — In the game of basketball, there can be a moment in time where one clutch shot can allow a team to turn the tide.

In what was a predominantly quiet opening eight minutes between Jasper-Troupsburg and host Genesee Valley/Belfast, that shot would come right in the waning seconds off the hand of Landon Zver from downtown — a three-point splash that would carry over into the second quarter for the Wildcats to jumpstart a scoreless run to end the first half.

With it, even bigger things, as Jasper-Troupsburg’s offense continued to fire on all cylinders with a massive 29-5 run in the third quarter to help close the game out for good, securing the 65-18 win over Genesee Valley/Belfast, Wednesday night in Belfast.

Through the opening quarter, both teams fought through a defensive battle while they continued to find their footing on the attack. In the midst of the search, Jasper-Troupsburg would be the first team to strike after a pair of Cash Bouton runners broke the ice near midway. With some help at the charity stripe allowing Genesee Valley/Belfast (0-1) to jump on the board, the Wildcats would pick up right where they left off, despite some pressure from the defense, as Zver ended the frame with a clutch trey in the waning seconds to extend the lead to 9-5.

The shot saw the visitors in black and grey go on a game-changing outburst in the second quarter, finding the basket in every way, shape and form against Genesee Valley/Belfast to keep fueling the fire. As a result, they would amass a scoreless run consisting of 13 unanswered points — a 15-4 run in all in the frame to close out a dominant half.

The Wildcats would go on to develop one final run in the third quarter of immense magnitude to pull away towards victory, permanently.

Three different scorers would record at least 10 points to pace the Jasper-Troupsburg offense, with Jared Ainsworth charging the effort with his 18 game-high points. Bouton followed with 14 of his own, while Zver finished with 10. For Genesee Valley/Belfast, Kyle McCumiskey and Ryan Daciw both led with three points each.

Genesee Valley/Belfast will return home to the Jungle in Belmont to host their inaugural Rotary Club Tournament beginning on Friday, as they host Friendship/Scio in opening round action beginning with a 7:30 p.m. tip-off. Andover/Whitesville and Houghton Academy will battle it out in the tournament’s first battle prior to, at 6 p.m. 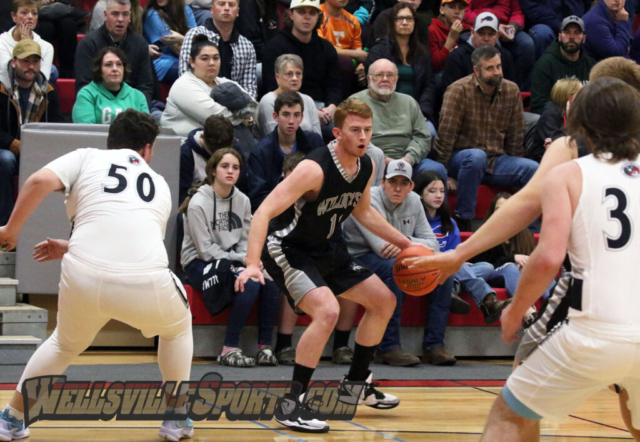 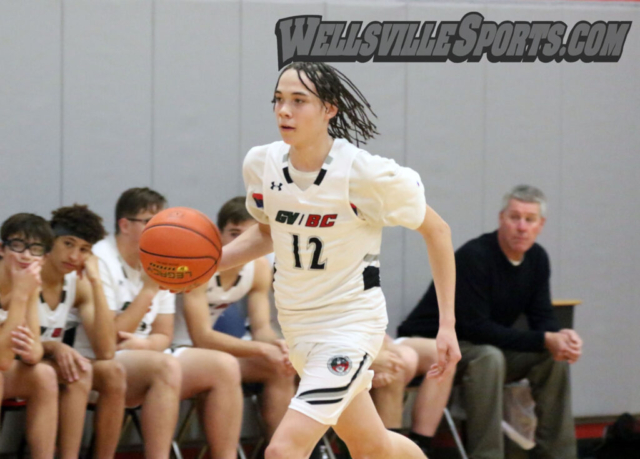 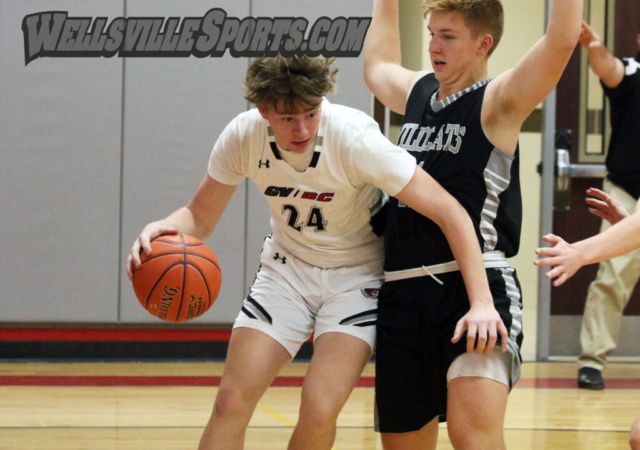 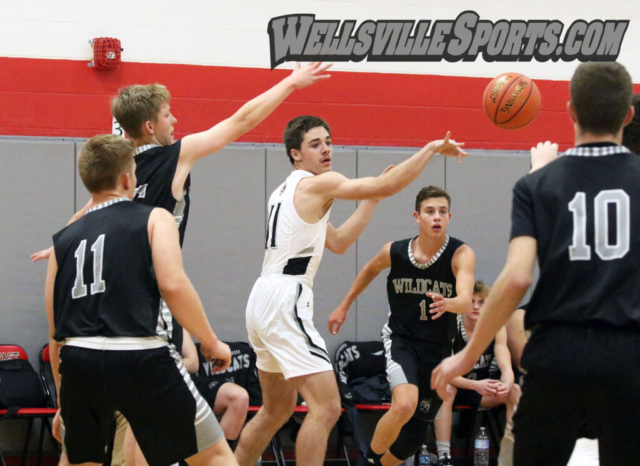 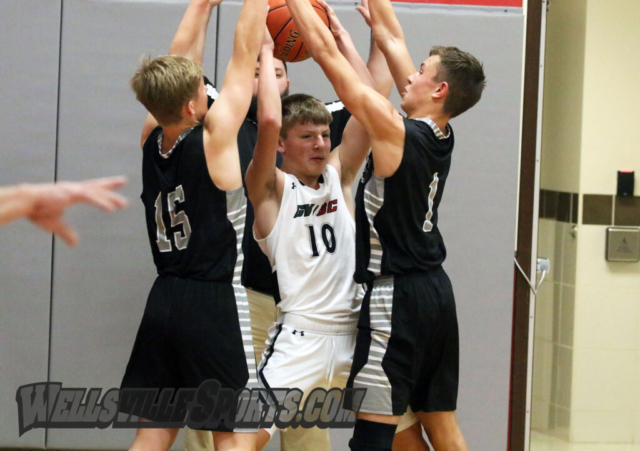 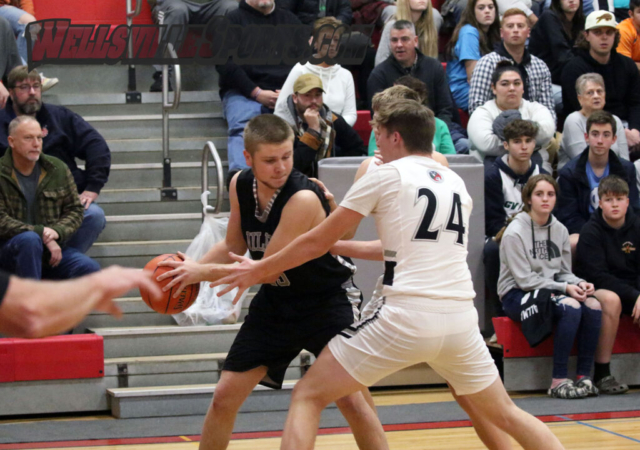 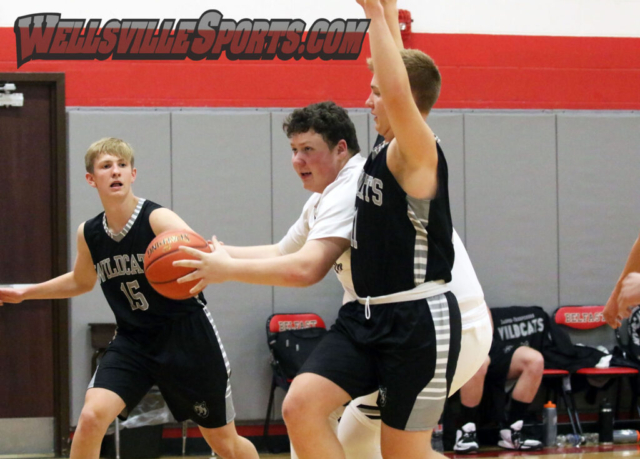 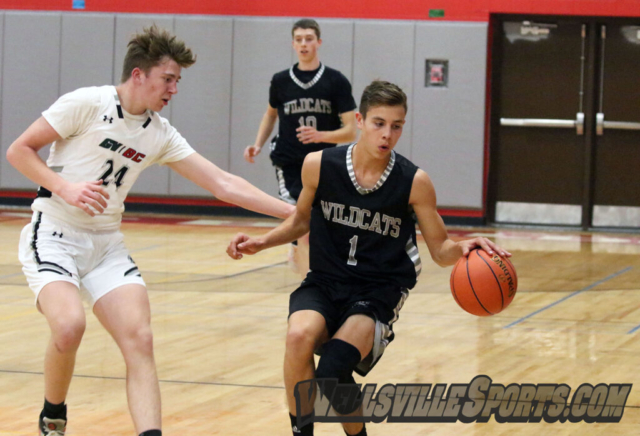 CUBA — Andover/Whitesville and Cuba-Rushford tossed back-and-forth haymakers through the first eight minutes of their season-opening contest Wednesday night in the Wighthouse.

Although the battle raged on, an opening was created a short time later. That was provided by the Rebels, and it would become a massive gamechanger, as they scored two runs of immense enormity to pull themselves away and out of Andover/Whitesville’s grasp all the way to the end, sprinting towards the finish line with a 70-46 season-opening victory.

“I think we came out a little nervous and shaky for our first game of the season. Once we settled in, I was proud of our defensive effort in the middle quarters that allowed us to stretch our lead,” Rebels interim head coach Rob Wight said. “Our seniors did a great job setting the tempo, and our young bench guys brought the energy and followed their lead to put this win together.”

After Andover/Whitesville took the initial lead after the back-and-forth tussle in the opening quarter, the Rebels (1-0) began to find their rhythm on both ends of the floor, stringing together magnificent defense against their opposition to allow the offense in turn, to cash in on all the opportunities they could. As a result, two massive 23-point bushels to close out the first half, and begin the next, rolling away towards victory in insurmountable fashion.

Cuba-Rushford saw a well-balanced offensive attack take center stage for much of the night, with three different scorers docking at least 10 points. Leading was both Jacob Smith and Cayden Joy, as they recorded a team-high 11 points. Following behind was Hunter Scott, who chipped in with 10 points, while Luke Brooks had nine.

On the other side, CJ Estep began his senior campaign on an explosive note for Andover/Whitesville (0-1), as he scored a game-high 24 points. Jack Belmont helped fuel their game from outside the perimeter, sinking three treys of the team’s five in all to put towards his 11-point effort. Colton Calladine had seven points.

Both teams are back in action Friday night, as Cuba-Rushford stays put at home to host Hinsdale in a 6 p.m. battle, while Andover/Whitesville heads for the Jungle in Belmont for opening round action of the inaugural Rotary Club Tournament at Genesee Valley, where they will take on Houghton Academy to lead off the action at 6 p.m.

For the Goldman Family, Alfred NY is home