A 200 year coronation and jail time in Whitesville

The smiles were wide as young and old gathered Wednesday evening on the lawn of the Whitesville Fire Department for an Ice Cream Social to start off the long-awaited Bicentennial Celebration of the Town of Independence.

Amidst a sunny summer sky and moderate temperatures, residents and former residents alike enjoyed ice cream and conversation, with music by Dick Pensyl, gathering under the tent, sitting in chairs on the lawn, and milling about on the sidewalk. Some of those with homes along Main Street enjoyed the party from their front porches and lawns. 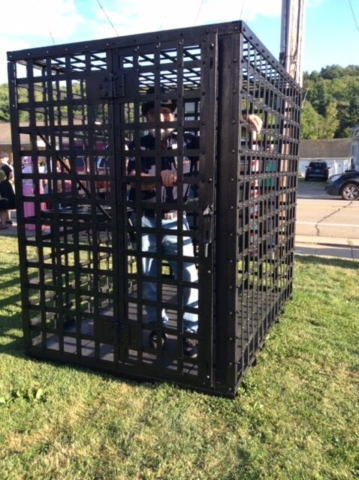 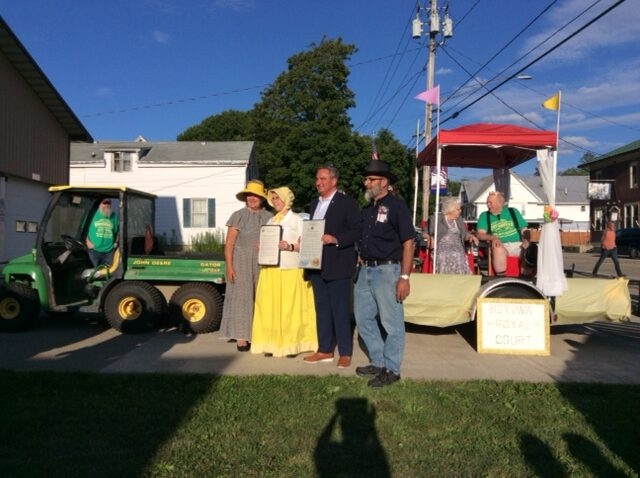 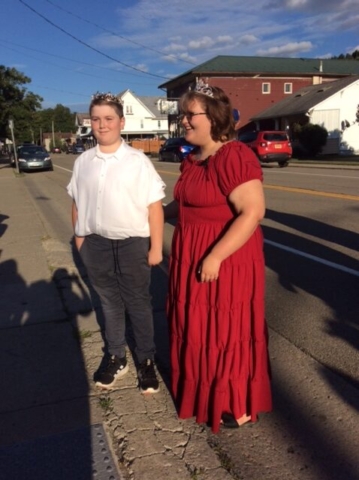 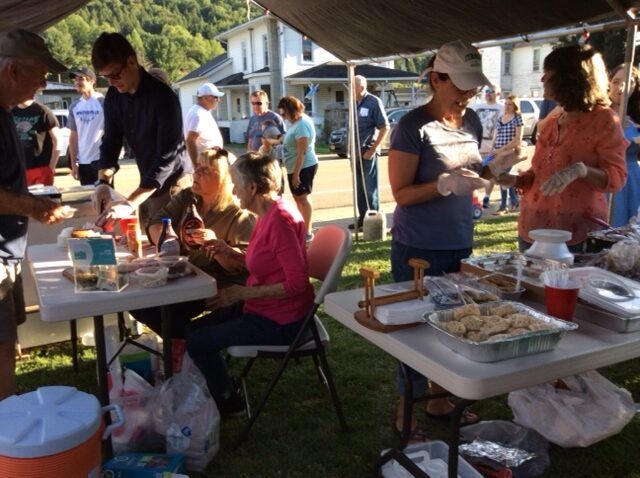 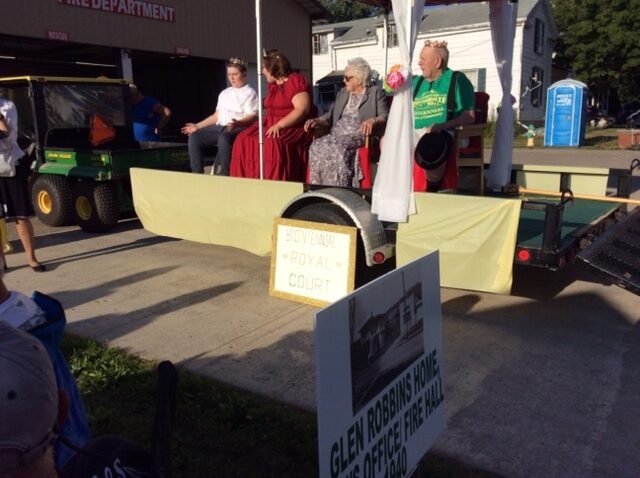 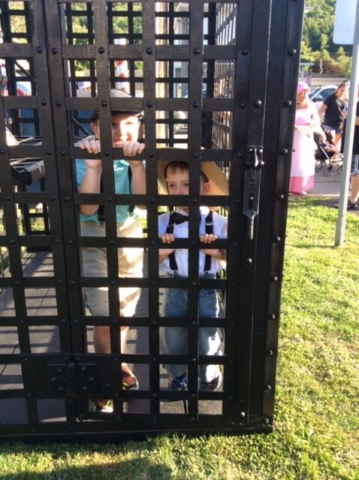 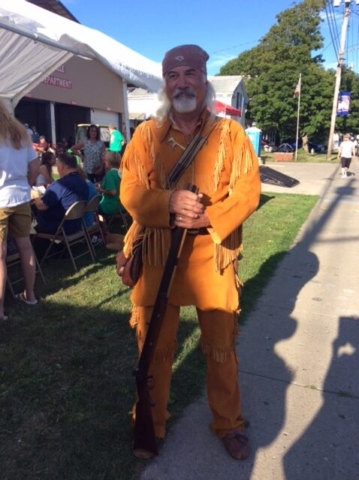 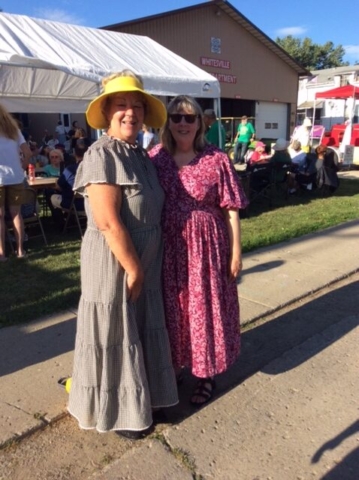 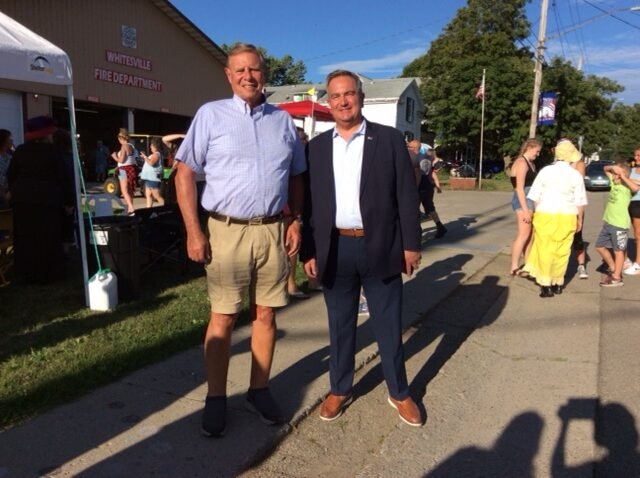 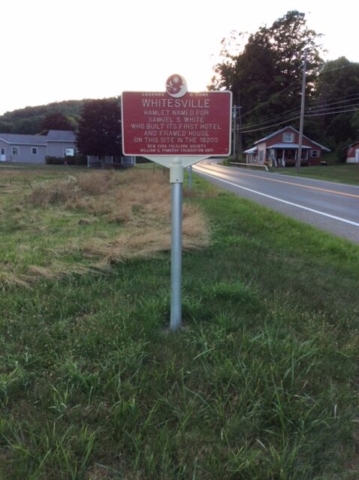 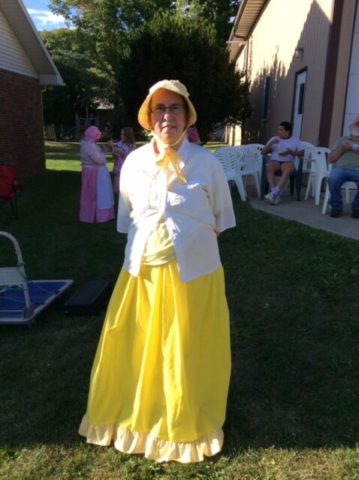 Adding color to the scene were the many bright and creative costumes of past eras, featuring bonnets and long skirts on women and girls, suspenders and short pants on young boys. Local resident Denny Shay was outfitted in a vintage “Daniel Boone/Davy Crockett” wild frontier costume.

Among the evening’s highlights was the coronation of the Bicentennial Court. The oldest town residents, Lyle Van Etten and Luella Kear, were crowned King & Queen, and Prince and Princess were Wrigley Smith and Ciarra Delill.

Of special interest and delight, besides the ice cream, especially to the young fry was the presence of the newly restored Town of Independence Jail, which was originally housed in the old American Legion, where “all business of law and order was conducted then,” said Jeri Reichman, Town of Independence Supervisor. “Lost” for years, the structure ended up in a hedgerow on Ike Fanton’s Farm, where it served for a time as a chicken coop and a pig pen.

Bill Meunier, of the Independence Town Board, took on the arduous task of rehabilitating the Jail, which included “rebuilding the bottom,” he said. “It was about 90 hours of work to fix it up.” Looking around him at the smiling faces peering out from between the bars, he added, “It was worth it. The people are what we do it all for.”

On loan right now for the Bicentennial, the Town of Independence hopes to give the restored Jail a permanent home at the Town Hall in Whitesville, Reichman said.

In the meantime, children were lined up Wednesday evening with their parents for an opportunity to get inside the Jail and have their photos taken. The Jail will remain on display on the lawn at the Whitesville Fire Department.

The celebration continues Friday, here is the schedule: