Home » A military hero needs help: Fuller Strong benefit this weekend in Belfast, how to donate online as well

A military hero needs help: Fuller Strong benefit this weekend in Belfast, how to donate online as well

Jesse and Randy Fuller and their son. The family flew in from Kentucky for the benefit Saturday from noon to 5 p.m. at the Belfast Town Park on Main Street.

Being an Aerospace Medic in the Air Force during a time of conflict was not easy for Erin (McCumiskey) Arnold. However, she met Jesse Gill, a dental lab technician who helped active service members and also made dentures and fake teeth for veterans.

The two were in boot camp together and were on the same flight together at basic training. After boot camp, you go to on the job training, and coincidentally, they were at the same base and dorm building. They were then stationed at Lackland Air Force Base in San Antonio.

To say the two became best friends would be an understatement. They became family. It was a time in Jesse’s life she needed family, and she was welcomed with open arms into the home of Erin’s parents, Joe and Reeni McCumiskey during breaks and a few times at Christmas.

After the Air Force, Erin graduated from St. Bonaventure with an early childhood teaching education and now teaches at Friendship Central School, and soon Fillmore. Jesse had two extra years and was sent to Qatar and Germany, with her service ending in 2018. She not only returned to Belfast to see Erin, the two also married men from Belfast.

Jesse had migraines during her pregnancy and thought they were from the pregnancy. However, she started having seizures and found a large tumor on her brain. In June of 2021 Jesse Fuller was diagnosed with an aggressive form of brain cancer known as Glioblastoma. To date, she has had two invasive craniotomies to remove rapidly growing tumors.

“She has been incredibly strong through this. After she had her head cut open, the first thing she did was thank the hospital staff,” Erin said. “She has not had a negative outlook on this and she’s fighting to stay alive. She’s a very strong person.”

Erin said Jesse made an impact on everyone in the Air Force.

“In basic training, I didn’t know her, but she was not fazed by the drill sergeants,” Erin recalled. “At technical training, she was so genuine and such a good friend. She was like that to everyone, she would do anything for everyone.”

Her goal after the military was to get a degree in interior design and architecture. She attended classes in Buffalo right up until she gave birth.

Jesse and Randy both lost their fathers early in life. The Fuller’s live in Kentucky with Jesse’s father’s sister, Jeri, who is helping them as Jeri needs treatments.

The family flew in this week for the benefit, which will take place in the Belfast Town Park all day. There is a euchre tournament at 11 a.n., a cornhole tournament at 3 p.m. and D.J. George Henry will be playing music.

“Carla, Riley and Reagan Fuller wanted to do something … They know how great this area is and how Belfast and the surrounding areas can be to help others, so we decided to try to throw the biggest fundraiser we could here in Belfast,” Erin said.

There are countless raffles, from Buffalo Bills tickets to a gun raffle and five tickets to the ultimate NASCAR experience. The list continues to grow on the Facebook page (Click HERE to view the posts).

Here are Erin McCumiskey Arnold’s words on their friendship from the Fuller Strong Facebook page:

I was asked by Randy’s mom, Carla Fuller Swain, to share how Jesse came to be a part of Belfast and the lives of the Fullers.

I first met Jesse more than 10 years ago, in December of 2011, at basic military training for the United States Air Force. We were both in the same flight that was comprised of about 50 young women from all over the country. When Christmas came, we were granted the “day off” – meaning no PT, hardly any drill instructors and we were able to actually talk with one another for the first time since our arrival. I distinctly remember sitting on the floor next to my bunk, writing a letter home, when this brunette with a Southern accent sat down next to me. She introduced herself, pulled out a handful of pictures from home, and started telling me all about her friends & family. That was Jesse.

To make a beautifully long story very short, Jesse and I lived and served together for several years in San Antonio, Texas. From basic training, to the dorms at technical training, to the dorms at Lackland and to our first apartment in the city, it was strange how the Air Force seemingly made sure we were always together. Our friendship quickly solidified into a true sisterhood. We spent those years meeting some of the best people & made lasting, hilarious, sad, happy, fun memories in that city – experienced some highs and lows as well – and for that I think San Antonio will always be a special place for the both of us.

One of the beautiful things about being in the military is, while most 18-year-olds are with their families and partying at college, you’re forced to grow up quickly and truly lean on the people around you. They become family to you, because they’re the only family you have for hundreds of miles. It wasn’t long before I started making trips with Jesse to her hometown and she started coming home to Belfast with me.

Jesse easily became a part of our McCumiskey family. We often joked about her being “honorary Irish” and the sixth child of Joe & Reeni. Just the other day, my brother Kyle recalled, “I remember the very first day Jesse came to Belfast she broke up a fight between Kevin and I.”

It was during these MANY trips to Belfast over the years

that Jesse would meet friends and families within this community, as well as the man who would one day be her husband and father to her child – Randy Fuller. When Jesse separated from the active duty Air Force in the summer of 2018, she stayed with Jason, the kids and I in our trailer on 305 in Belfast. She found an apartment in Buffalo later that summer, where she would use her GI Bill to attend college. I remember telling her something along the lines of, “Remember Riley’s brother, Randy? He lives in Buffalo too.” The two eventually met up and the rest is history.

I truly believe God, some other higher power in the universe and/or the Sisters of Fate were hard at work to bring Jesse and Randy together. Jesse is amazing – there’s no better person for Randy than her. And in turn, no better person for Jesse to have by her side than Randy.

A gallery of photos of Erin shared of her Jesse memories over the years: 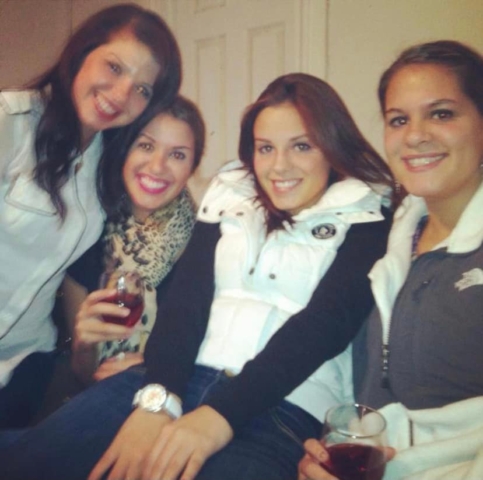 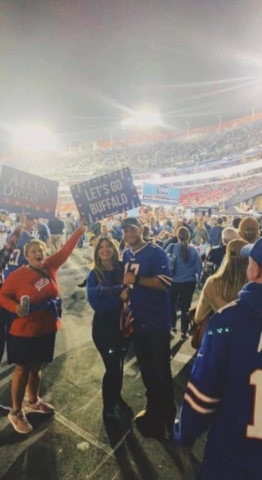 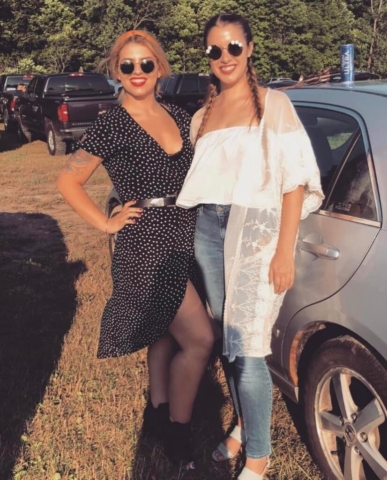 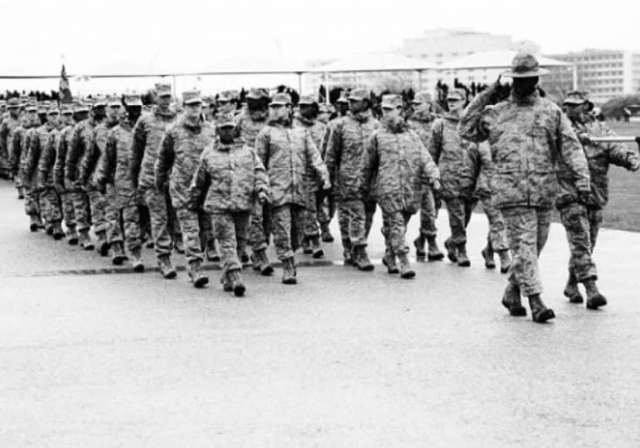 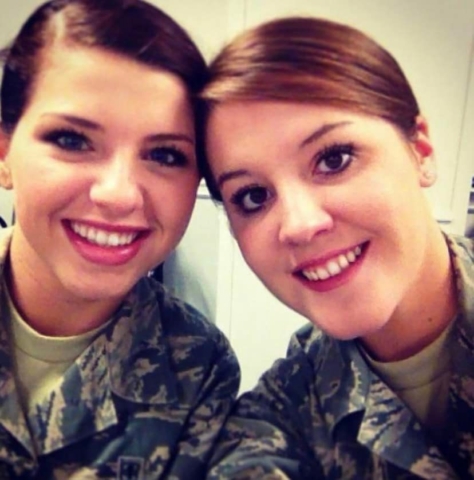 This is the description from the page on the event:

“Jesse is the wife of Belfast Native, Randy Fuller. She is a beloved daughter, sister, granddaughter, aunt, niece, cousin and friend to many! Jesse is an Air Force Veteran who was deployed to Qatar in 2014. After her deployment, she was stationed in Germany for the remainder of her Air Force career which honorably ended in 2018. She wed Randy on New Year’s Eve of that same year. Jesse & Randy welcomed their newborn son Oz David Fuller into the world in May of 2021. he just turned one.

Presently Jesse is receiving ongoing treatments of a clinical trial in light of chemotherapy not proving viable. They have to travel 4 hours, twice a month to Lexington, KY for 3 days while she undergoes this treatment regimen. ALL proceeds from this benefit will go to the Kentucky Fullers to help offset living, medical and travel expenses. It truly “takes a village” during struggles like these. Let’s rally as a community to show Jesse, Randy & Oz how deeply loved and supported they are.”

Sen. Schumer discusses some local issues with the Wellsville Sun