WELLSVILLE — The Lions could not have started a week any better than what they did back on Monday. Behind the absolute command of Jere Havens, he turned in a masterful performance to keep Canisteo-Greenwood/Jasper-Troupsburg at bay to deliver a 9-0 shutout to get the team back up to .500 on the season.

24 hours later, the aim to continue adding more to the pot came with a visit from Arkport/Canaseraga. What better way to follow up an epic performance from one pitcher, than with another of its kind.

The Wellsville sophomore was at the top of his game, as he cashed in on a marvelous performance of his own doing for the Lions, striking out 10 Arkport/Canaseraga batters and walking three, while the offense struck while the iron was hot to start their engines with a lead that was never threatened to cap off a second straight shutout by a 4-0 count over the Wolves, Tuesday night.

“Our pitching has come along, and it’s headed up lately,” said Lions coach Tom Delahunt. “We’ve needed it. We’re halfway through a tough four-game stretch this week, and it’s nice to put up a pair of zeroes in our first two games. Cooper really settled in after a rough first inning. He got out of it without giving anything up. Despite being shorthanded, he really came up huge for us.”

A massive connection was made during the first at-bats for the Lions (5-4), as Alex Green blasted an RBI triple to the deep portion of the outfield to get the hosts off and running on the right foot with a 1-0 lead early against the Wolves. The lead was extended just an inning later, with a two-run second inning beginning to develop under the guidance of Cody Costello and his RBI single into the shallow portion of center field, plating Bubby Young.

With a 3-0 lead in hand, the rest of the game belonged to Brockway to keep the Wolves in line. Brockway kept the visitors away from the plate, despite a run finding its way towards second and into scoring position. But he would remain patient, grabbing all three outs with his arm to finish off the defensive stand.

Brockway would combine with Costello, who made a relief appearance in the seventh to wrap up shop for Wellsville, fanning two and walking one. Prior to the end, the Lions would add one final piece of insurance in the bottom of the fifth inning to officially seal the deal on back-to-back shutouts.

The Lions finished with four runs off three hits, with Alex Perkins chipping in a single to help the cause.

Wellsville will return to the diamond on Thursday with a massive Class B2 matchup in store, as they prepare to take a trip to Bath-Haverling to face the Rams in their most colossal meeting yet this season.

“The week isn’t over yet, and we’re looking forward to a tough matchup against Bath,” Delahunt said. “They’re one of the best teams in our class for a reason. Right now, they actually lead Class B2, and they are going to come after us hard after we bounced them from the playoffs last year. We’ll be ready for it.”

ANDOVER — A pitchers duel was broken up late as Avoca-Prattsburgh downed Andover-Whitesville 11-1 on Tuesday.

Avoca-Prattsburgh junior Jamel Crowder earned his first career varsity win with a complete game (six inning) 3-hitter, as he struck out seven with no walks and only threw 80 pitches.

Crowder broke the game open with a 3-RBI double in the fourth and finished 2-for-3 with two doubles and 4 RBI’s.

For Andover-Whitesville (1-3), Layton Miller gave up a first inning run, then kept A-P’s bats cold. the Andover-Whitesville defense was solid as well, as left-fielder Jacob Wagner kept the game 1-1 by throwing out a runner at third. Wagner also had a hit.

For Andover-Whitesville, CJ Estep had two hits and a RBI, and Brody Carlin singled.

“Jamel’s velocity was down compared to what he is capable of, but a lot of it was the cold weather,” Miles said. “He pounded the zone with seven strikeouts and no walks.”

Andover/Whitesville will hop back on the field today, if weather cooperates, as they pay a visit to the Rebels of Cuba-Rushford in a 5 p.m. first pitch.

BELFAST — In recent games, the Lady JagDogs of Genesee Valley/Belfast have had trouble finding ways to open up the game on the right foot. Despite it, they’ve managed to hang tightly with some tough opponents thus far, including Friendship/Scio and more recently, Bolivar-Richburg this past Monday night, both over the road.

When they returned home on Tuesday in Belfast, the hope was to feed off of the momentum they had tried to build with the Lady Wolves of Arkport/Canaseraga in town for a visit.

After a scoreless bout through the opening frame, things began to kick up a notch in the second inning — an inning of big impact, as they broke the ice with a four-run lead. Although the Lady Wolves added some late runs coming down the stretch, Genesee Valley/Belfast put the game away permanently with a massive sixth inning stand to pull away towards a 13-4 victory.

“The second inning was huge, and we’ve lost so many close games,” said GV/Belfast coach Mark Sullivan. “The confidence went up with the girls. We’re playing tough teams and hanging with them, but we haven’t been able to put the bat on the ball. We finally did tonight. We found all the holes, and every girl chipped in to make this win happen. They’re playing at the level that I know that they can be at.”

The Lady JagDogs (2-5) rolled their way towards victory after coming up empty in the first to begin, as the bats came to life in a massive way a short time later in the second to account for a big four-run frame. With the stand providing a big crack in the ice, Arkport/Canaseraga would attempt to turn up the heat coming down the stretch with a pair of runs trimming their deficit to 6-2.

But the heat was soon cooled off with a seven-run sixth inning for Genesee Valley/Belfast, as they coasted their way towards victory in the end with a 13-run, 10-hit stand at the plate. Three different Lady JagDogs recording a pair of hits at the plate, with Sondra Guilford leading the charge with a pair of hits and two RBI. Hannah Southwick-Powers and Anna Drozdowski each provided two hits and drove in a run.

In the circle, the win belonged to Ashley Burrows, who handed out 12 chairs and walked three in a sublime performance.

Genesee Valley/Belfast is now off until Thursday, when they head to Belmont to host a big Class D battle with the Lady Eagles of Alfred-Almond at 5 p.m. 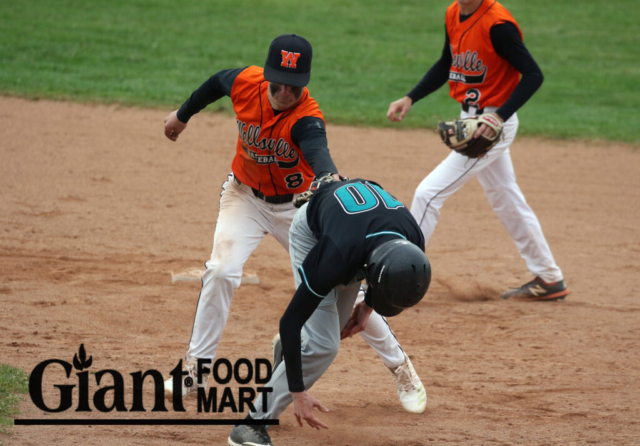 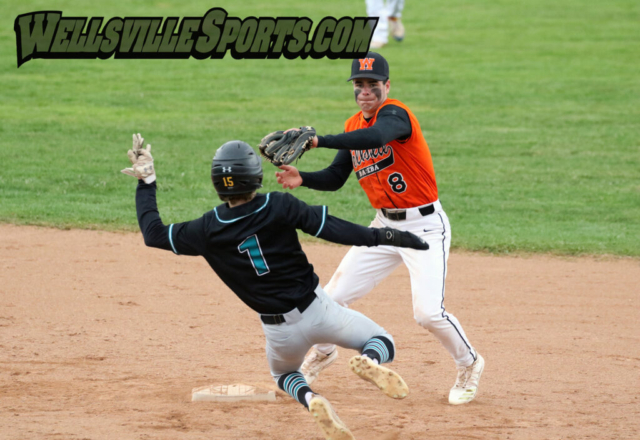 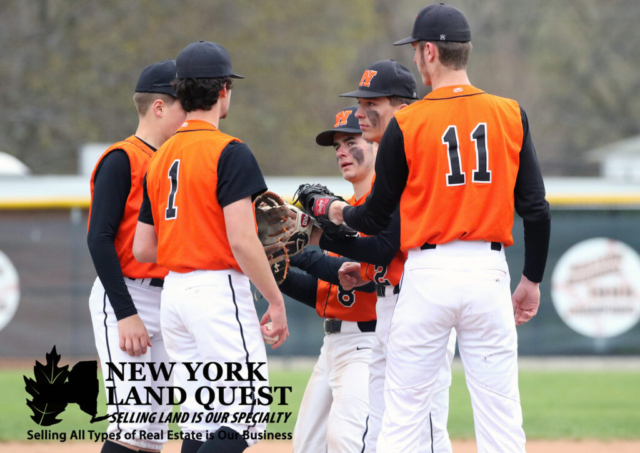 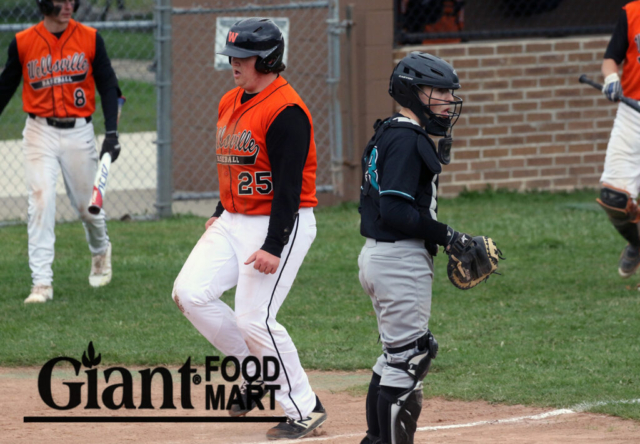 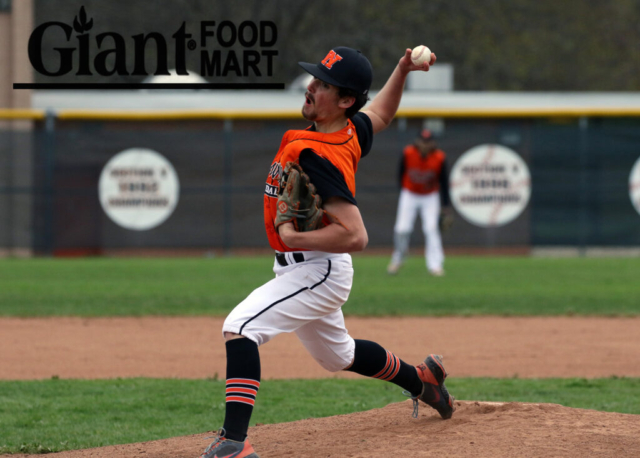 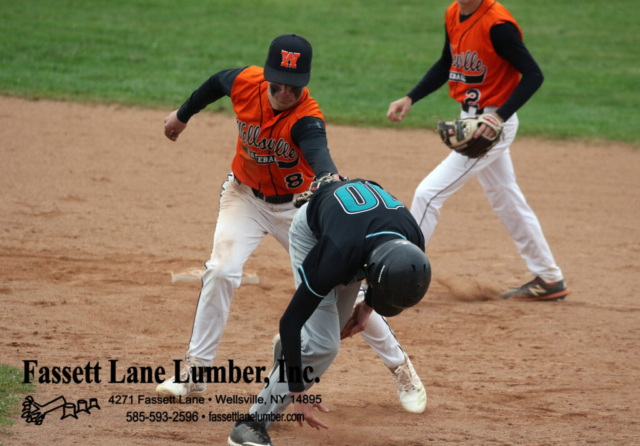 Did you say FREE Classified ads ?

Will Adult-Use Cannabis Be Legalized In New York This Week?