An Allegany County grand jury has indicted three people in separate cases. 21-year-old Ayden B. Hendricks of Cuba is charged with felony counts of criminal mischief and attempted arson and a lesser count of reckless endangerment of property. The DA’s office said the crimes stem from an incident at Palmer Opera House on January 30th.

Brian J. Learn of Bolivar was indicted for felony assault on a police officer and resisting arrest stemming from an incident in January 12th in the village of Bolivar; and Ryan D. McDonald of Genesee was charged with felony burglary and misdemeanor criminal possession of stolen property resulting from an alleged offense October 22, 2021 in the Town of Genesee. 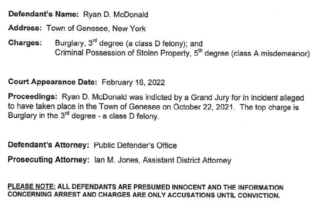 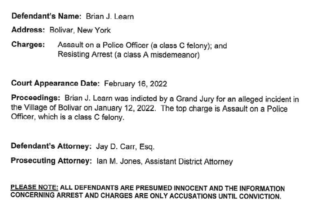 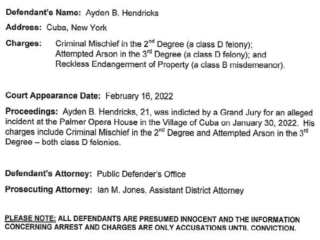 Kitten season is coming!! Have you considered being a SPCA foster home?