The Class B2 bracket is stacked with teams with a winning record, seeds 1 to 8.

Wellsville will host Attica Friday night. The game is a 7 p.m. start.

Here is the senior night story and photo gallery by Chris Brooks of Wellsvillesports.com which has roundups and photos of all games in the region:

WELLSVILLE — Emotions were high. Many tears were shed. From their families, to the coaches, and even the five Lady Lions themselves — Marley Adams, Emily Costello, Jaelyn Knapp, Jaylynn Mess and Kaylee Coleman, Tuesday night marked the final time they would play a regular season game in front of their home crowd.

Right before they took the floor to warm up against visiting Bolivar-Richburg, the five stellar Lady Lions came together right at mid-court for one last huddle together in regular season action.

And then, one last departing word by their assistant head coach Brian Meyers.

“Go out, and give it everything you got.”

From start to finish, the Lady Lions went on to do just that, providing one stellar finish to their home slate of regular season games, as they sprung right out from the starting gates with 11 straight points, setting a bar that the Lady Wolverines were unable to match across all 32 minutes to roll their way towards a memorable Senior Night victory by a 63-28 count.

“It was a nice send-off for the girls. It’s easier for me, because I know we’re playing again tomorrow, and then we’ll have a home Sectional game,” said Lady Lions coach Michelle Alvord. “This group has been so easy to coach. They’ve helped me get to 200 career wins, and a lot of those victories have been with these Seniors. They all have played since ninth grade for me, and they’re a close-knit group as far as being together. The leadership this group holds is unmatched, especially with the way they are with the underclassmen. I hope I’ve played a part in helping them remember this for the rest of their lives. They’ve made my coaching career a lot easier the past five, six years. They’re an honor and privilege to coach.”

The Lady Lions (15-3) never looked back after a solid first quarter start that saw them get the early jump on Bolivar-Richburg, as the offense provided 11 straight points to power up a 19-9 run that ultimately gave them the lead to control their own destiny from start to finish.

Three of Wellsville’s seniors eclipsed double figures on offense to lead the charge, with Knapp being at the front of the pack behind a game-high 17 points to pair with her seven rebounds. Adams chipped in with 14 points of her own to go with eight rebounds and three steals, while Costello compiled 11 points and four assists to help continue building extensions to their lead while holding the Lady Wolverines to under 10 points in all four quarters on defense to secure their win.

In addition for the hosts in white and orange, Kaylee Coleman led the rebounding department with 10 boards, while Jaylynn Mess handed out five assists.

Bolivar-Richburg (3-16) was led by Kayli Giardini, who tallied a game-high 11 points. Jessica Majot dug down low to provide seven points, while Nadia Baldwin and Raegan Giardini rounded off with six, and four points respectively.

Before the Senior Night festivities took center stage, the Wellsville JV squad picked up a big 42-9 win over Bolivar-Richburg, with Lindsey Stuck leading a balanced offense with nine points, while Averee Palmatier added in eight more.

Wellsville will hit the road for their final regular season game tonight, as they prepare to visit the Lady Panthers of Portville in a 7:30 p.m. battle that Alvord says, will give her team a final look at where they stand before Sectionals officially begin next week.

“I think it’s a great matchup, and I like having this game at the end of the year,” she said. “It’ll be a benchmark for us to find out how far we’ve come. I expect it to be a close, well-coached, competitive game. Portville is very similar to us, as far as personnel. Win or lose, we’re either the second or third seed in B2 going into the second season. Hopefully we can gain some momentum after having a rough week, last week. However the chips may fall, we’ll get in and see how things pan out.” 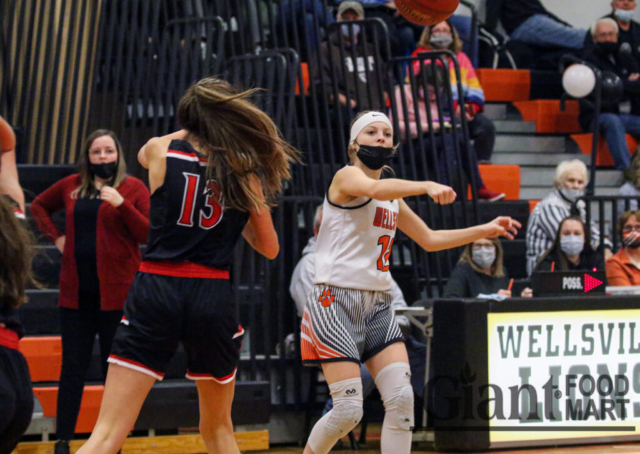 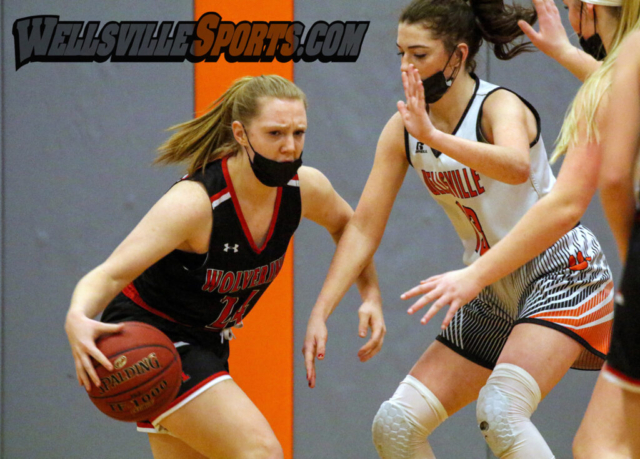 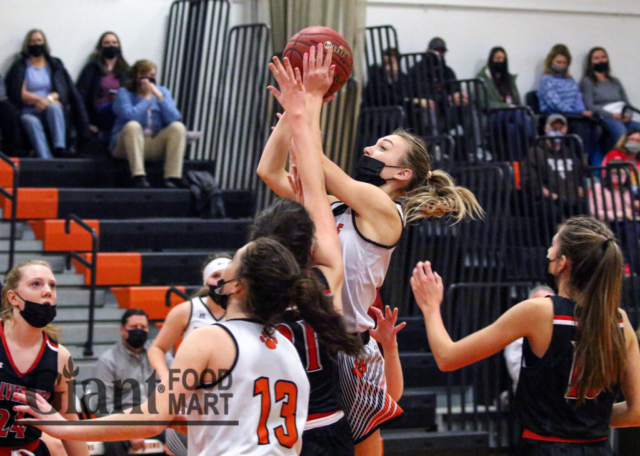 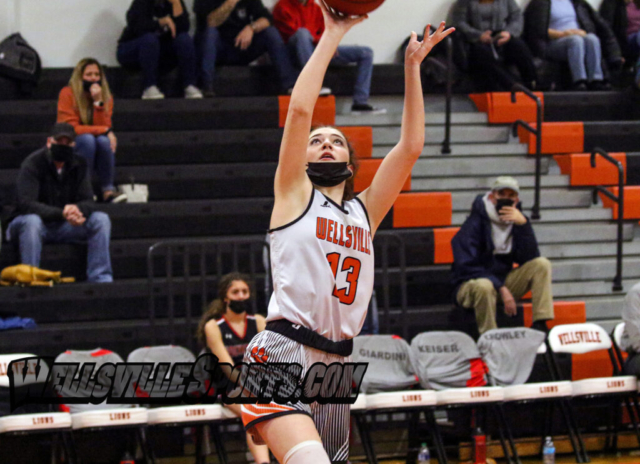 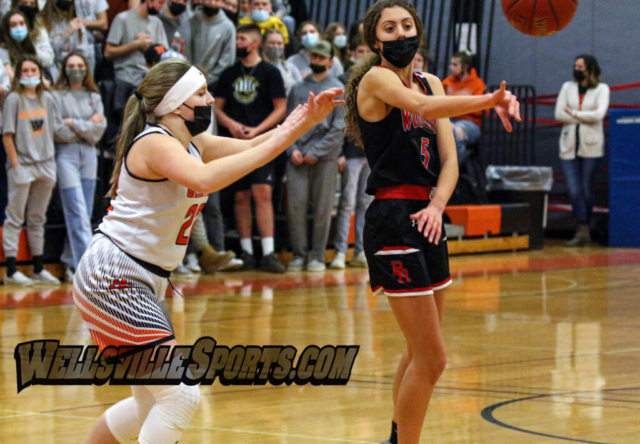 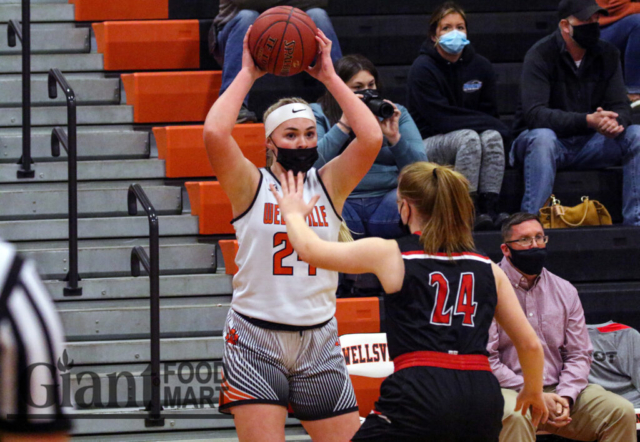 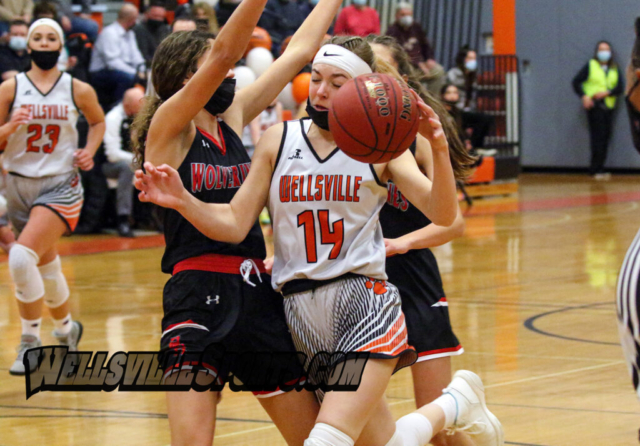 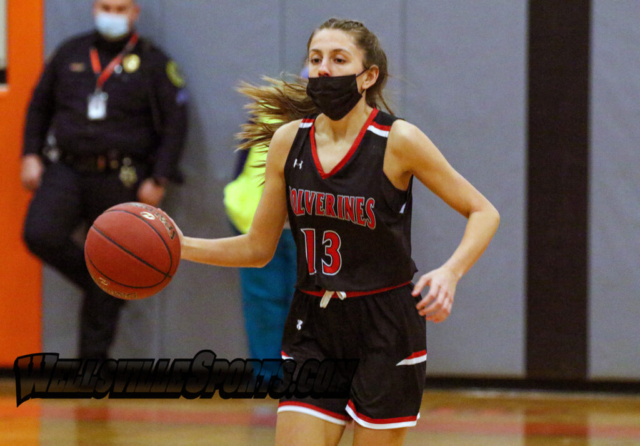 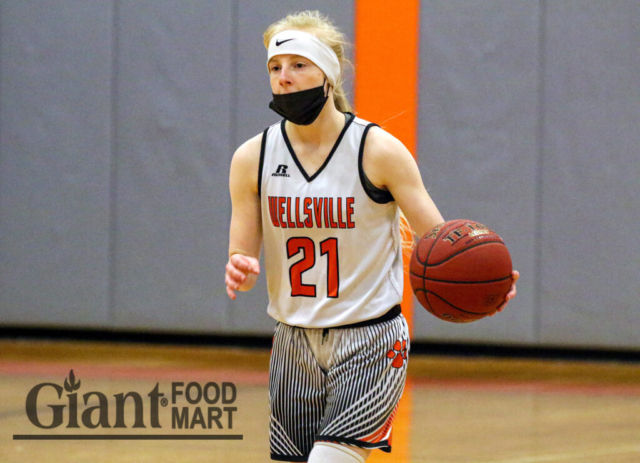 Giant Food Mart to local student athletes: We support you 100%