BELMONT — There was no appropriate way to end the regular season on Wednesday than with two of Allegany County’s most defensive stalwarts going mono-y-mono one last time.

In the same swing, both Fillmore and Genesee Valley/Belfast have become teams to watch not only in Class D in Section V, but in New York State, both finding spots in the Top 20, with the Lady Eagles currently occupying the throne at the top of the mountain.

Something had to give way.

Through the majority of the first half, the defensive showdown settled in with multiple lead changes being traded along the way. With the game going towards the Lady Eagles favor after a big block on a potential buzzer-beater at the half, as well as the lead, their chance to build came in the second half.

As a response, they came out swinging for the fences.

The Lady Eagles of Fillmore, despite all of the adversity that stared them down directly with foul trouble and the pressure put on by Genesee Valley/Belfast throughout the opening half, were able to lock themselves in and put together a tide-turning run in the third quarter, holding the hosts to just six points while going off on a 19-6 jaunt that pulled them ahead by as much as 20 in the later stages, as they coasted forward towards an unbeaten regular season with a 46-31 win in the Jungle.

“I think we played at a high level in that third quarter, and it spanned into the fourth,” said Lady Eagles coach Tom Parks. “We were out of sorts and so were they, because of the foul trouble, but we finally played like ourselves. It was a bit ragged because of that, but when we got our normal unit back out there again, things started to flow. I told the girls in the locker room that our bench came in, and not only did they hold the fort down, but they gave us the lead going into the half with our two best players sitting.”

The foul trouble hit both teams fairly early on in the opening half, which would result in a mainly defensive battle throughout, as Genesee Valley/Belfast (15-5) came away with the game’s first lead by an 8-6 count after a slow first quarter. Since their 6-4 lead, the Lady JagDogs scored eight in a row to lead by as much as six, but the Lady Eagles have been able to keep pace right behind them for the most part.

Both teams would go back and forth through the middle stages of the frame. During that span, the Lady Eagles (20-0) would begin to hit some foul trouble, finding both their Senior leaders — Emma Cole and Jadyn Mucher making early exits. But Fillmore would not let it faze them, as their depth played a massive role in holding the fort down on the court, as they fought right with the Lady JagDogs until the finish in the first half, taking the lead away by a 17-16 count with the help of a big Zoe Beardsley block on Anna Drozdowski at the buzzer.

Among those that filled in the big pair of shoes was Preslee Miller, who wound up being Fillmore’s leading scorer in the contest, seeing the charity stripe 11 times and hitting nine of those shots to put with a pair of field goals, concluding with a game-high 15 points to go along with seven rebounds and three steals.

Parks commended Miller and his bench for holding down the lead, which would allow them to earn some big momentum to carry into the second half.

“Preslee was our leading scorer tonight, she had 15 points and was huge in every way for us,” he said. “Our bench was the key part of the game, and it felt like our first Sectional game. When you talk about that at this stage, you need your whole team. You have to be balanced, and teams are good when they try to take away your star players, so you have to go elsewhere with the ball. We needed that tonight, and fortunately for kids like Preslee, Madi (Geertman), Rachel (Hatch), Zoe (Beardsley), they all stepped up big time.”

After the bench stepped up for the Lady Eagles, the momentum shifted, and they began to find almost everything they could gather. Including a half-opening bucket from Miller, Fillmore went on to score 11 of the first 12 points in the third quarter — a run that would ultimately keep them in the lead for good, with Emma Cole getting involved down low on back-to-back possessions to add her fuel to the fire.

The Lady Eagles have also connected with their chances at the free throw line to kill any momentum that would weave back towards Genesee Valley/Belfast’s direction during the second half, as they went 14-for-24 at the stripe. In all, it would be a 19-6 run for the visitors in black and green that would set them apart from the Lady JagDogs.

The lead would grow to as much as 20 in the late stages of the frame, which would allow Fillmore to wrap up the game in perhaps one of their hardest fought games this year to end their regular season.

“GV/Belfast is the real deal. They’re tough, balanced, they work hard, and they have girls that can score,” Parks said of the Lady JagDogs. “They have everything, and they have a great coach in Jim (Schneider) guiding them through it. We knew what they were capable of coming in, and this was the fight that we expected. It’s the most balanced team we’ve faced this year, and we had to play very fundamentally sound basketball to get this. We had to do all the little things right to win, and we did.”

Finishing behind Miller for the Lady Eagles was Cole, who posted 14 points of her own to pair with nine rebounds. Hope Russell added in eight points of her own to go with five steals, while Jadyn Mucher tallied five points and grabbed nine additional rebounds. In addition on special teams, Rachel Hatch handed out five assists.

The Lady JagDogs saw both Alicia Borden and Mary Hamer take control of their attack, as they both recorded a team-high 10 points each. Kaitlin Sadler added in four points.

The regular season is now over for both teams, as they now officially await Sectional seeding in Class D1 beginning this weekend.

For the Lady Eagles, they already know where they stand — Class D1’s top seed for the third time in the last four seasons. Having the biggest target on their backs heading in, as well as the State’s top spot in Class D itself, Parks says that those are just numbers. The real goal is to go for it all.

“It’s been that way since mid-season, so we know that teams are going to give us their best shot,” he said. “Regardless of it still being the regular season or at this point now, where it’s time for Sectionals. The number next to our name going in is just to organize a tournament. We have to go out, play our best, work hard, because anything can happen. We like where we are. We’re thrilled with the season, and there’s not a lot to complain about, but Sectionals is a whole different animal, and now everyone is undefeated again.” 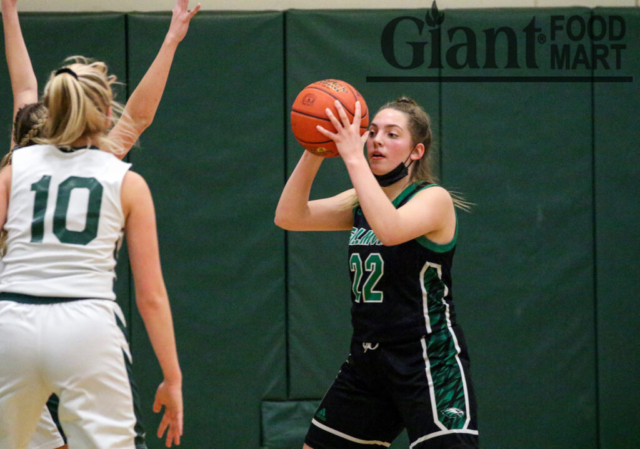 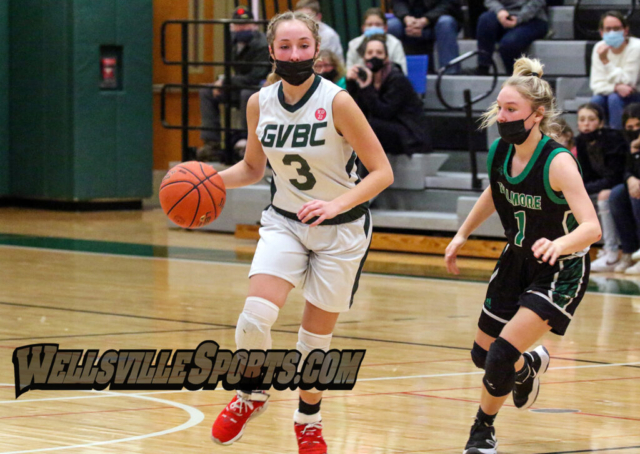 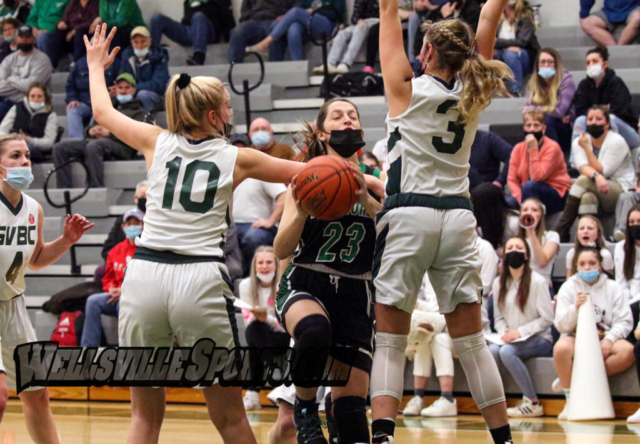 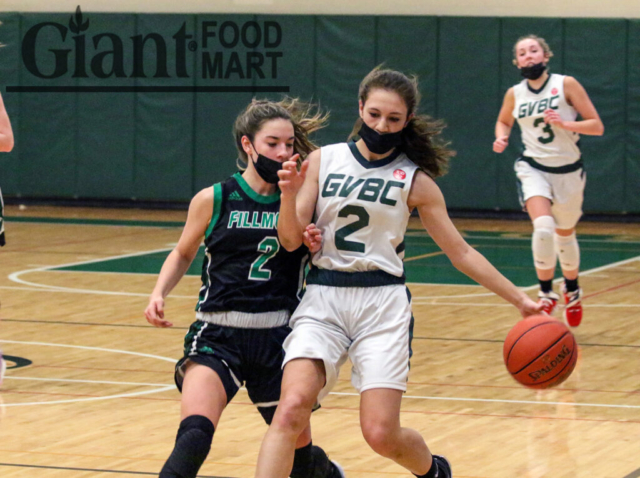 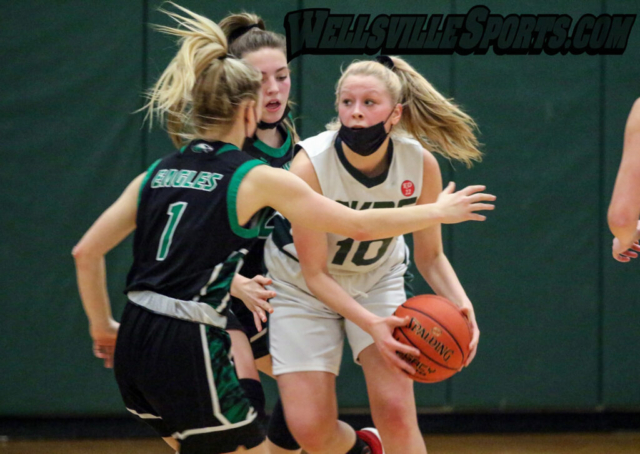 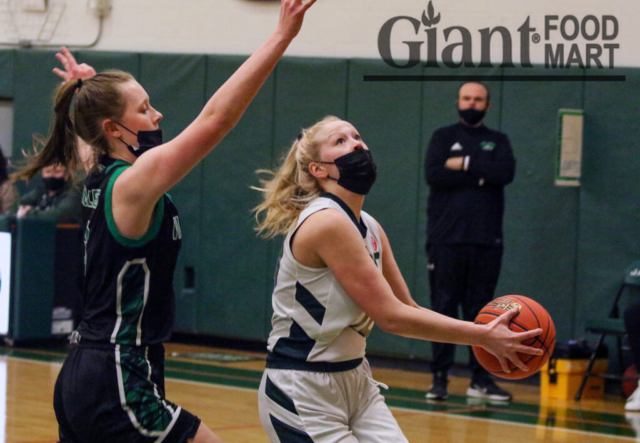 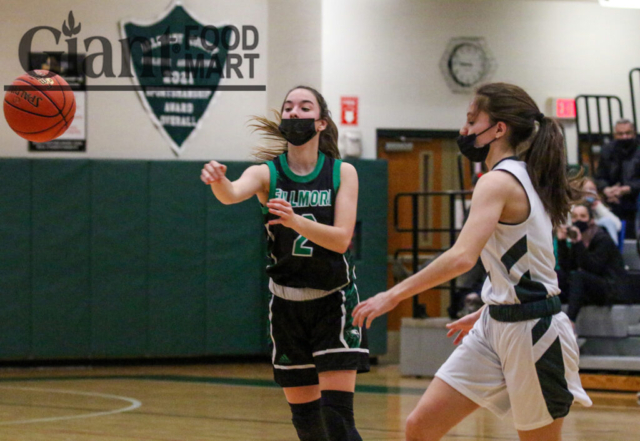 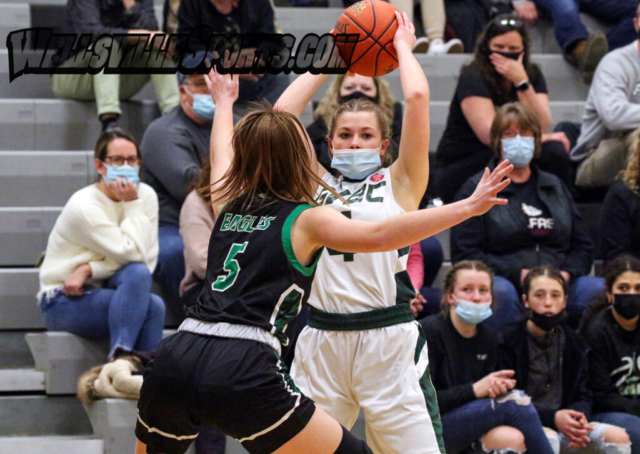