The vacant depot on East Pearl Street in Wellsville is being sold, the Wellsville Sun has learned.

Multiple sources working on the sale confirmed the news to the Sun but the sale is not complete.

When the rail line was active, then Gov. George Pataki drove a railroad spike in Wellsville on Saturday, Oct. 26, 2002, then took a commuter train down the line.

Trains did go through for a few years, but it’s been quiet since. The depot is listed as an I Love New York travel destination, but it has not been opened. Students at Alfred State have toured the building and came up with ideas what could be done if it was opened as a commercial establishment.

The Bolivar Breeze ran this story in 1907 and the article was preserved by the Allegany County Historical Society:

Headline from the Breeze: Erie Railroad Company is to Erect a Fine New Red Brick Passenger: Station in That Lively Village This Fall.

The story from 1907: Erie officials have given out at Wellsville that a new passenger station, 30 x 150 feet, is to be erected in that village, the work to begin within a few weeks. There will be a long covered train shed with the main entrance on Pearl Street. The present freight station will not be changed.

The material used will be red pressed brick, terra cotta tiling and the interior finish will be oak. In many ways the station will resemble the pretty structure erected by the Erie at Olean a few years ago. Wellsville is the only town in Allegany County at which the Erie fast trains stop regularly and the Erie enjoys a large business there. The people of Wellsville are delighted over the prospect of a modern station. 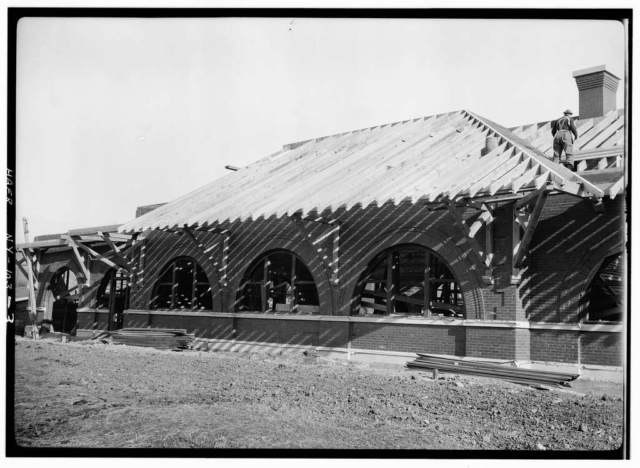 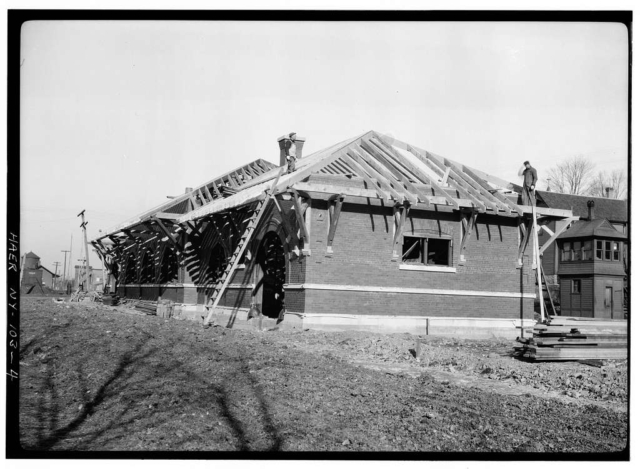 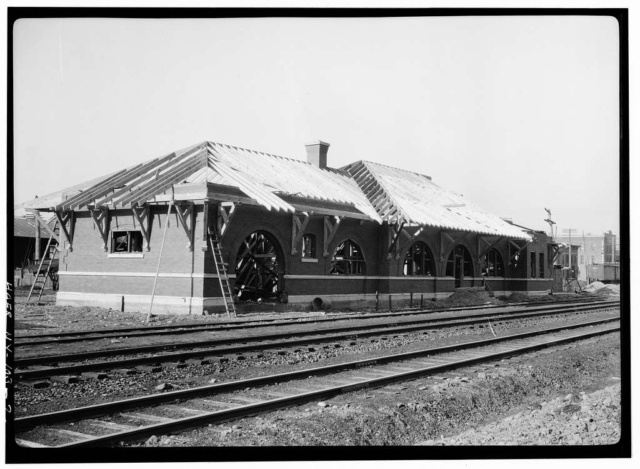 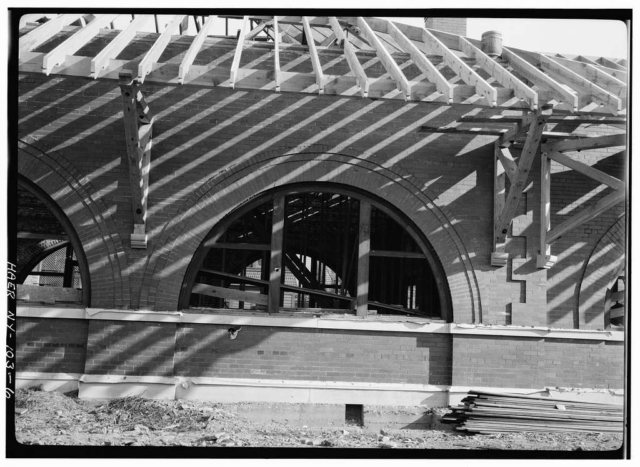 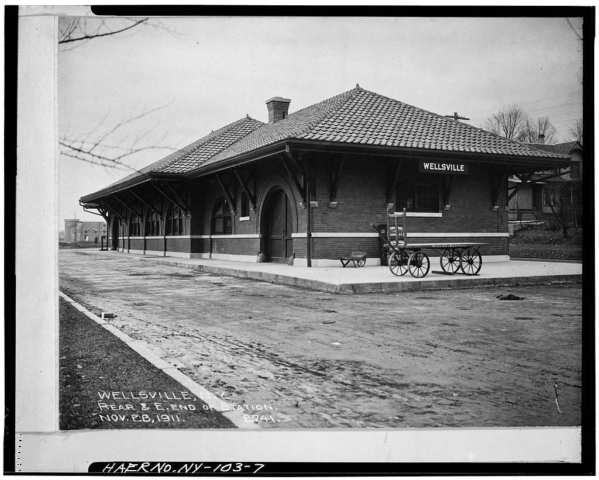 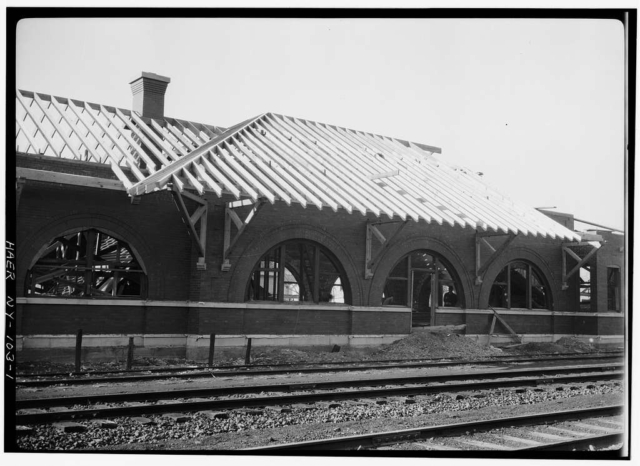 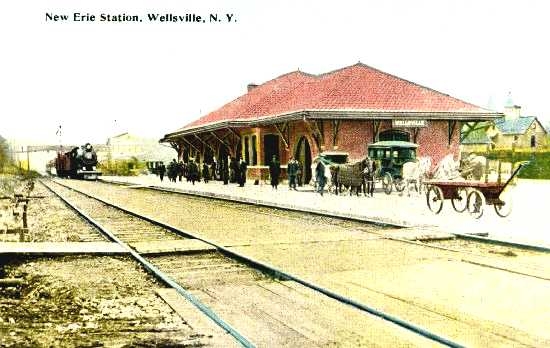 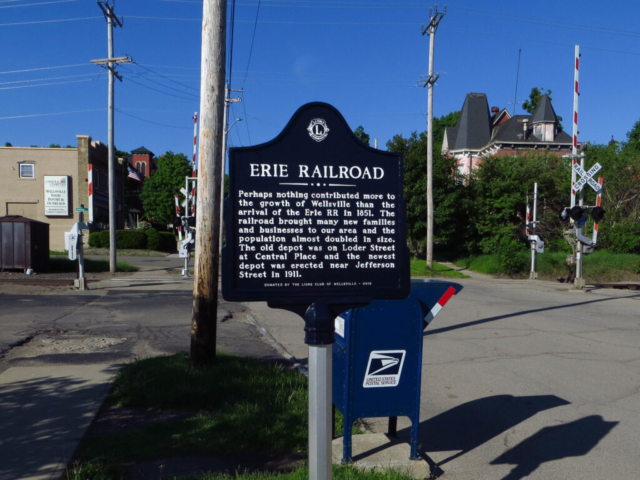 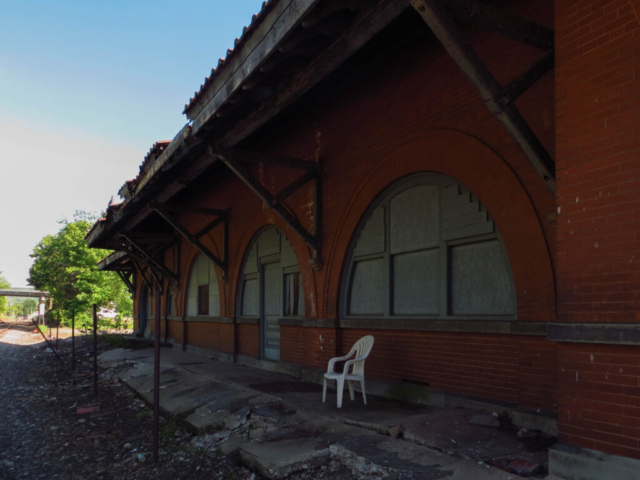 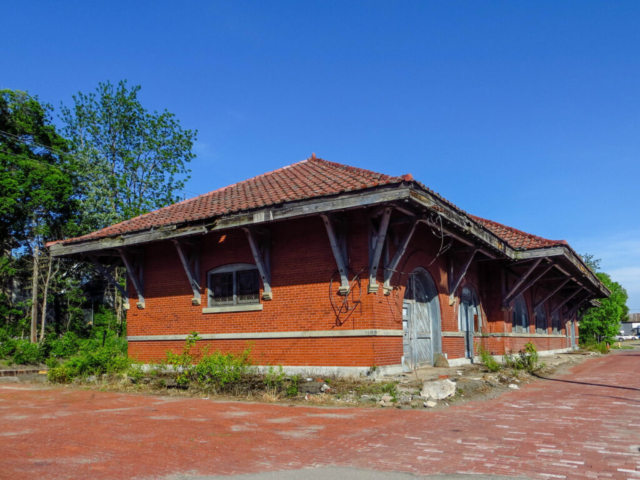