FRIENDSHIP — The Friendship/Scio girls squad has begun to play some of their best basketball of the season. There is no better time for it than now, and on Friday, everything started clicking on all fronts.

Through the opening eight minute period, Friendship/Scio was simply lights out against visiting Bolivar-Richburg, as they pitched a first quarter shutout of the Lady Wolverines on defense, while the offense syphoned all of the energy from it to account for a 14-0 lead that they would never relinquish, as the team garnered its fifth win in the last six games by a 47-24 count in Friendship.

“It’s been a while since we last felt something like this, being 7-3. It’s all coming from our defense. The girls are really starting to buy in, and feed from all this success we’re having,” said Friendship/Scio coach Ashleigh Lewis. “Hopefully we can keep it rolling, and tonight’s defensive effort is a great start. We had a game plan, and we executed it perfectly to get our offense going. My girls handled their offense really well, and played some great basketball. Lexi (Crossley) never really shows up on stats, but she is my best defender, and she’s become that x-factor for us that helps us get going. She does all the little things right.”

Up and down a balanced offensive effort across the board for Friendship/Scio (7-3), the team wasted no time pounding away in the opening eight minute period on both ends of the floor, accounting for a humongous 14-0 run of Bolivar-Richburg to set an early tone that could not be matched when time progressed forward.

Although the deficit was cut down when halftime approached, Friendship/Scio would go on to pick up right where they left off, in the third quarter, posting one last giant spurt of offense — a 21-6 run of the Lady Wolverines (4-6) in all, to close out another triumphant performance to stay hot.

Nevaeh Ross and Kadence Donohue propelled the offense towards victory behind their 11 game-high points each, with Ross completing a double-double performance with 10 rebounds and four steals in addition. Adding some more assistance was Morghyn Ross, who had eight points, while on special teams, Grace Drumm grabbed seven boards of her own.

On the other side, Bolivar-Richburg was led by Caitlyn Steiner and her seven team-leading points. Malayna Ayers recorded five points, while Carmen Crowley and Nadia Baldwin each had four. The Lady Wolverines are back on the road Friday night with a 7:30 p.m. visit to Fillmore.

Friendship/Scio will look to remain hot on the hardwood come Thursday night on the road, as they pay a visit to the Houghton Academy Lady Panthers for a 6 p.m. contest.

ANDOVER — Andover/Whitesville was quick to the punch on Friday against perhaps one of the hottest teams in the County in Cuba-Rushford, scoring the game’s first on a three from outside by CJ Estep.

But soon after, the Rebels showed exactly why their five-alarm fire continues to burn.

Cuba-Rushford would go on to close out the first quarter of play by scoring 22 unanswered points, the bulk of which garnered by Jacob Smith inside and out, along with a pair of threes by Braeden Wight to add more fuel to the fire, setting a bar that could not be reached from beginning to end, as the Rebels collected their seventh straight win by a 76-32 count over host Andover/Whitesville.

“It’s always nice when every player can get on the score sheet,” Rebels interim head coach Rob Wight said. “All 11 guys did an excellent job rebounding the ball and bringing the intensity on defense. I was proud of the way we executed and stayed locked in, especially in the second half.”

The tone was set almost immediately after the tip at mid-court. After Estep provided Andover/Whitesville’s first strike, Cuba-Rushford’s (11-1) response was even greater, as Smith and Wight combined to record 17 of the team’s 22 points in the opening quarter to help them garner a massive upper hand going forward.

“Sometimes, it’s just not your night,” Andover/Whitesville coach Jimmy Joyce said. “Cuba-Rushford came out on fire and we could never recover. They are a very good shooting team, and they’re very active on defense. It’s something that was extremely difficult to execute a game plan for. Colton (Calladine) and Brody (Vance) did all they could up top on defense, and I also thought Will Kent and Gage Hall battled their tails off for us down low.”

Smith was the night’s leading scorer, as he posted a game-high 17 points. Wight would go on to finish with 14 points, while Jack Frank was the third and final Rebel to record at least 10 points across a balanced offensive effort, netting 11 of his own.

Andover/Whitesville (5-8) saw Estep take charge behind his nine team-high points. Brody Vance, Colton Calladine, Gage Hall and Kohler Niedermaier all had four points to add. The team is back in action Tuesday night on the road, visiting Houghton Academy in a 6 p.m. tip-off.

The Rebels will now take aim at perhaps an eighth straight win when they return to action on Thursday, heading to Belfast to face off with host Genesee Valley/Belfast in a 7:30 p.m. contest.

HAMMONDSPORT — Through what was mainly a defensive start to the ballgame on Friday, something had to begin opening up as time went on between both Friendship/Scio and the Lakers of Hammondsport.

That time would come in the second quarter, when the host Lakers rode every groove they could find, as they posted a 20-point end to the first half while continuing to hold Friendship/Scio in check to garner all the room they needed to remain out in front with the lead, sealing it permanently in the second half with a 55-37 triumph.

After an 8-6 narrow lead held in possession by Hammondsport, the hosts in white and purple would begin laying down more brickwork for what was their biggest stand of offense in the game — a 20-point bonanza fronted by four different scorers, including a pair of three-pointers from Henry Morrison outside, and some help inside by Cody Cook with his pair of scores in the paint.

In all, a 20-5 run would come into full fruition for the Lakers to close out the first half with a 28-11 lead. An advantage they would go on to seal even further into the second half to wrap up the victory for good.

Pacing the Friendship/Scio (3-9) offense was Ethan Davenport, who had two of the team’s three triples from beyond the arc to put towards a team-high 14 points. Brenden Loucks and Taylor Moore each concluded with nine points.

Up next for Friendship/Scio is a trip back home to welcome in the Arkport/Canaseraga Wolves for a 7:30 p.m. tip-off in Friendship, Tuesday evening.

HONEOYE — The Honeoye Bulldogs were on top of it on their home floor Friday night, as they made sure they entered the weekend on a high note with a strong 60-37 win over visiting Genesee Valley/Belfast.

Genesee Valley/Belfast (5-6) is back in action on Thursday in Belfast, as they prepare to host the red hot Cuba-Rushford Rebels in a 7:30 p.m. contest. 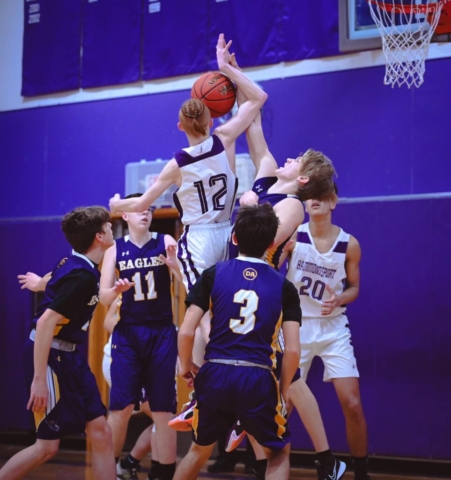 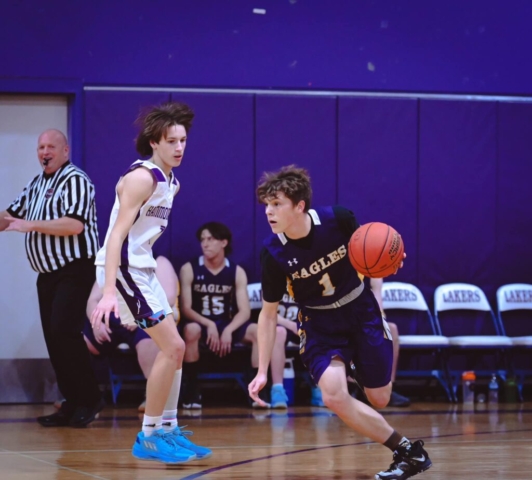 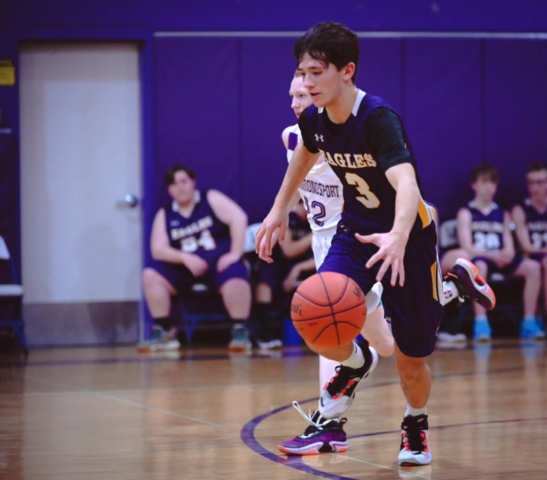 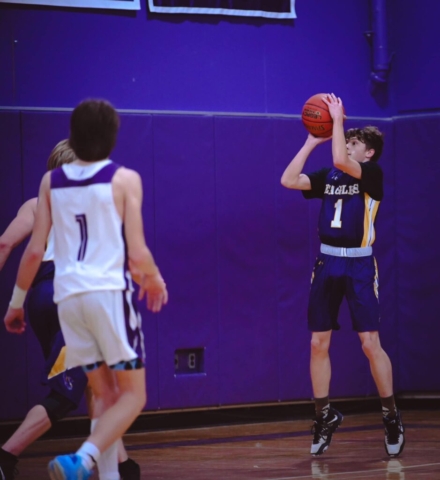 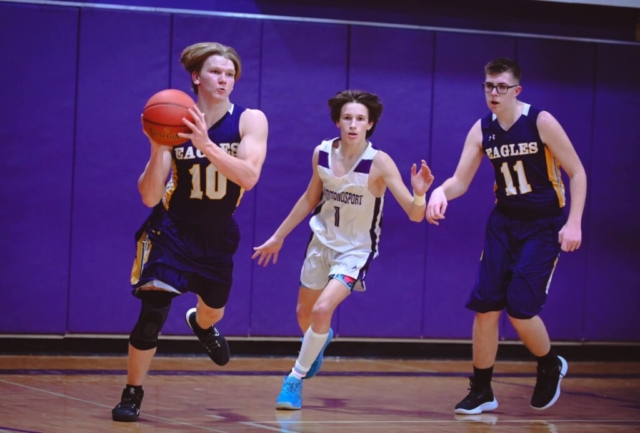 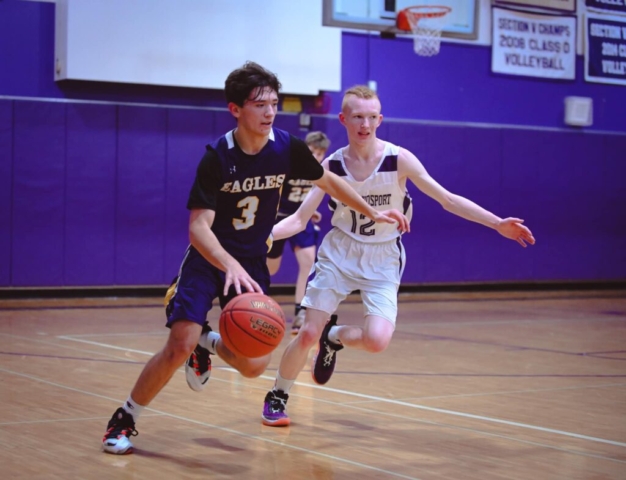 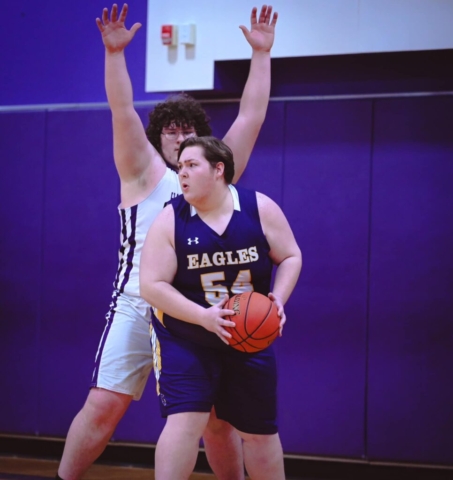