SCIO — The time for holiday glory came Thursday night. A crowning of this year’s champion in the Scio Christmas Tournament awaited. After double digit wins from both Cuba-Rushford and host Friendship/Scio just 24 hours ago, the two squads would pave the lane towards the Championship game to decide it all.

In that contest, it captured as perfect of a start from the Rebels to begin the night. A start that wound up also providing an early difference maker, as they held Friendship/Scio to just a single basket in the opening eight minutes while accentuating their big run that gave them all the run they needed to stroll towards the holiday tournament title, setting the tone with a 50-29 win to claim this year’s highest honor.

Cuba-Rushford (7-1) wasted no time striking while the iron was hot right out of the gate, as they ignited a fast and furious 10-0 run in the first three minutes of play, led by Jacob Smith on the offensive front with a pair of three-pointers. The Rebels would continue to hold Friendship/Scio off the board until the 3:26 mark, when a sprawling Brenden Loucks ended the scoreless drought with a resilient and nifty assist on the floor to Ethan Davenport on the outer perimeter for the team’s lone bucket of the frame.

“Defensively, we made some strides tonight. We gave up 50 obviously but in the first quarter, they had some sparks with some big three-pointers,” said Friendship/Scio co-coach Dillon McFall. “I thought we’ve done much better than before, and on offense, they haven’t really seen the athleticism and physicality from other teams like Cuba brings to the table. The more we see that, the better we can become from it, down the road.”

Both teams would then buckle down defensively going into halftime, allowing the team in blue and maroon to maintain their double digit lead. With it, the Rebels continued to build upon it until Friendship/Scio (2-6) was out of reach, finishing off their advantage with one last 18-5 run to open the second half with a bang.

Smith had Cuba-Rushford’s hot hand all night long with his 19 game-high points. Jack Frank chipped in with 10 points of his own, while Braeden Wight, Hunter Scott and Dom Bello all had four points.

After scoring a season-best 36 points to open the tournament against Archbishop Walsh, Loucks was held in check for much of the contest by the Rebels defense on the other end of the floor, as he concluded with five points. Davenport was Friendship/Scio’s leading scorer with a team-high 19 points.

Prior to the title game, a Consolation round shootout between the remaining two teams: Archbishop Walsh and Genesee Valley/Belfast.

After Archbishop Walsh came out of the gate with their strongest frame of offense of the evening, an even stronger finish to the first half was thrown into the ring by Genesee Valley/Belfast, which would allow them to tie the game going into the break.

From that point on in the second half, it was anyone’s game, especially in the fourth quarter when a hot start for Genesee Valley/Belfast was extinguished later on in the frame by the Eagles to close the gap.

The last three minutes of regulation served as a high-wire act between the two clubs before the foul game went into effect. But it was one that benefitted Genesee Valley/Belfast, as they were able to maintain that single step ahead of the Eagles along the way to secure up a close, but gritty 70-65 win to get back into the win column.

Genesee Valley/Belfast (5-4) could not have conducted their efforts without the assistance of Jacob Borden, who has begun to shine in the team’s spotlight. The Consolation round battle against the Eagles would wind up being his best of the season, and even perhaps, his young career, as he rolled towards a game-high 29 points to pair with a whopping 24 rebounds off the glass.

A performance that head coach Lintz Bliven says, was the spark that the team needed.

“29 points and 24 rebounds. When’s the last time someone had a game like that?” he said. “He’s coming along just fine. He gave us that spark that we needed to go up against them.. The fourth quarter came, and we started to play better against Cuba. The kids took the pressure and they embraced it. It was really nice to see them do that. The kids locked horns, and in a game like this, you can’t really ask for much more than that. I hope we can keep it up as they continue to find a way to keep getting it together.”

Both teams would earn an early chance to deal some narrow damage across the first half play, with Walsh setting the table first in the opening eight minutes, recording their best stint of offense of the night behind a balanced effort between their three top scorers — Kellen Brady, Luca Quinn and Kai Przybyla, the latter two of the Eagles trio combined to net four of the team’s 10 three-pointers to help set the pace.

In the third quarter, the momentum continued to ride in the favor of the team in white with a 7-0 run with another emergence of Jacob Borden coming into fruition, led by his three-point play at the charity stripe in the quarter’s opening minutes. But then, Archbishop Walsh’s three-point game would begin to flare back up, as they accounted for a pair off back-to-back possessions to close the gap with Genesee Valley/Belfast down to a single point with 90 seconds left in the quarter.

Sparks continued to fly coming down the third quarter stretch, when Walsh sprinted off on an 8-0 run led by back-to-back three-pointers from Quinn and Przybyla to give them the lead going into the fourth quarter.

From the fourth quarter on, it was a back-and-forth battle through the majority of the time. After Archbishop Walsh pushed their lead to nine to begin the frame, Jacob Borden came through the clutch once again for Genesee Valley/Belfast, as he scored the team’s first six points to trim the deficit down to four in the first 2:30.

Genesee Valley/Belfast would wind up feeding off the energy that Borden was supplying, helping the team net 12 consecutive points to regain a 60-57 lead on the Eagles.

But the run was short lived, as Walsh kept the pressure on Genesee Valley/Belfast in the last three minutes of play with multiple trips to the charity stripe. The foul game would ultimately settle in when Genesee Valley/Belfast took control of a 66-61 contest, as they held on with half of the remaining points to extend their lead far enough out of reach.

At game’s end, All-Tournament nods for the two-day holiday battle were announced, as Borden, along with Brenden Loucks, as well as Jacob Smith and Braeden Wight all received special recognition for their efforts.

Finishing behind Borden’s massive night was Kadin Logue, who recorded 17 additional points. Ian McKenzie chipped in with a strong effort from both the inside and outside, netting 11 additional points. Genesee Valley/Belfast is now off until next Friday night back on the road, visiting Houghton Academy in a 7:30 p.m. tip-off.

As for this year’s title game participants, the two squads will reconvene once again in Friendship, also next Friday, in a 7:30 p.m. battle of their own. 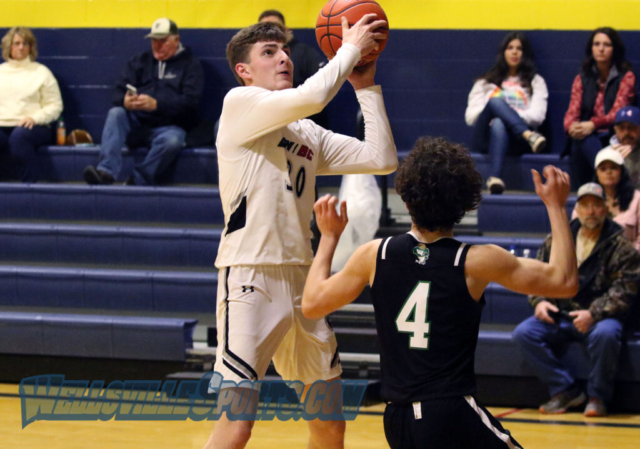 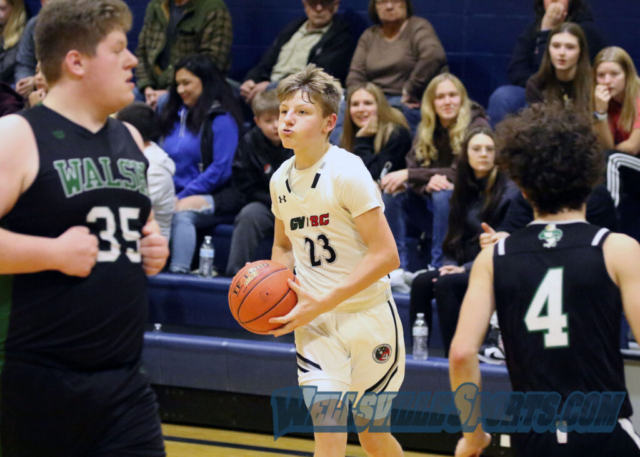 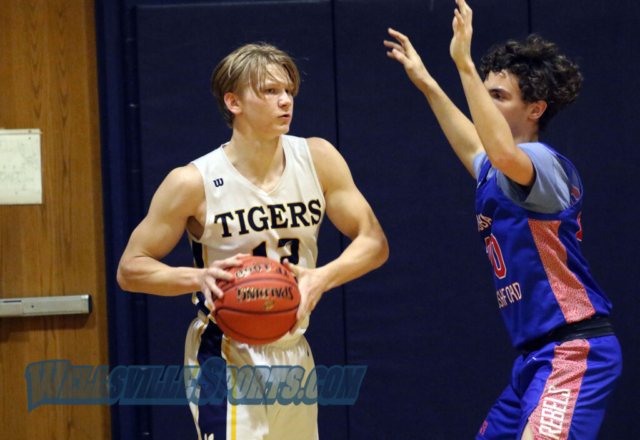 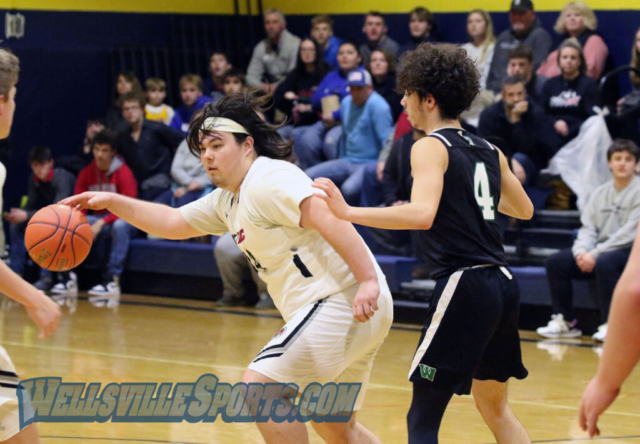 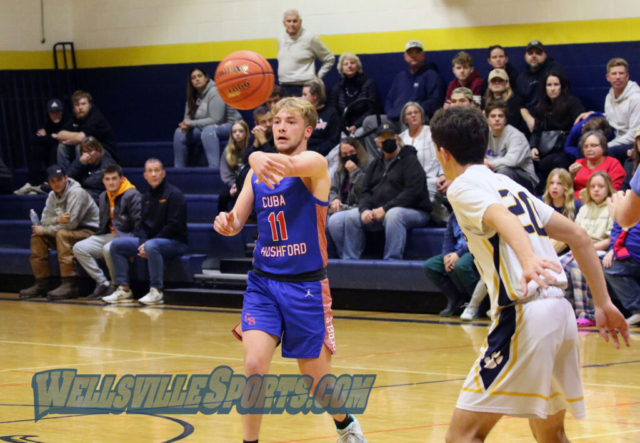 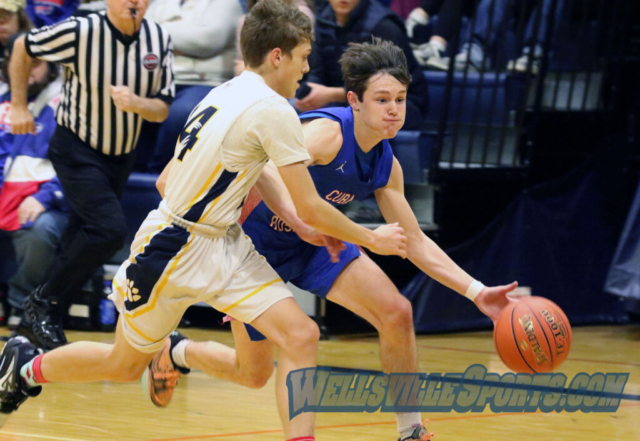 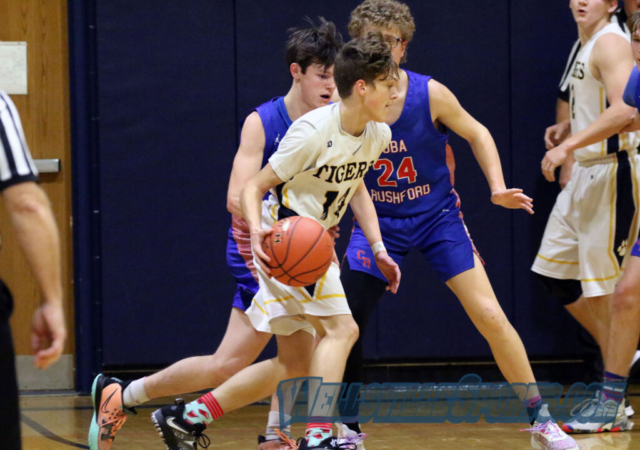 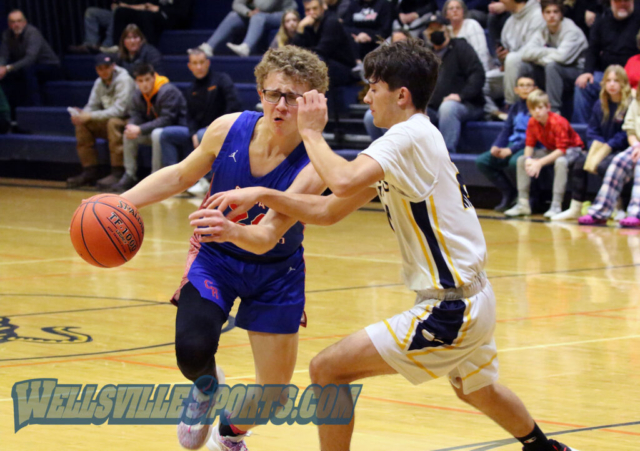 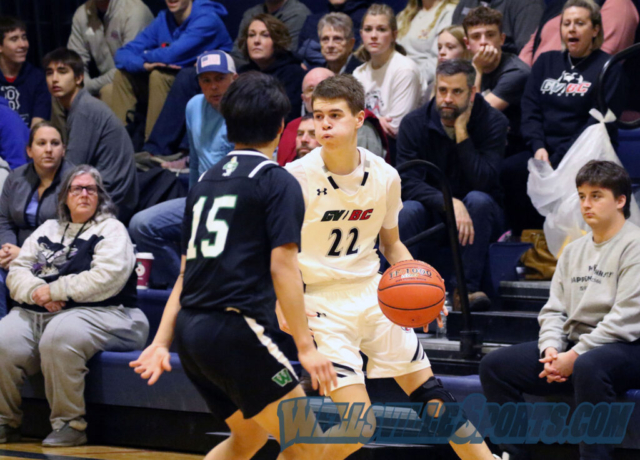 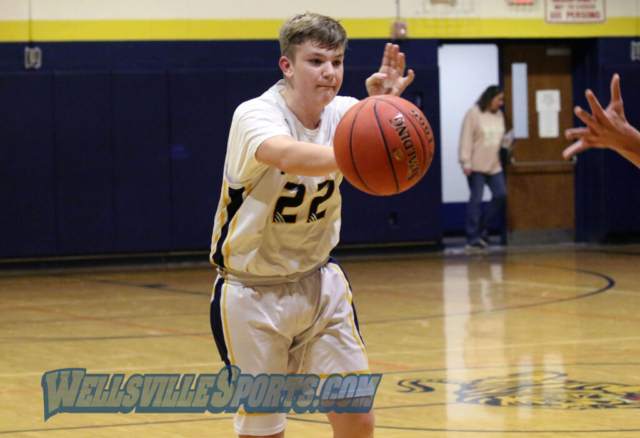 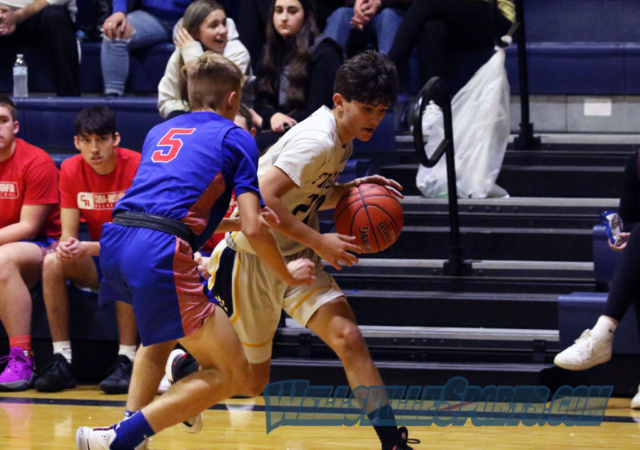 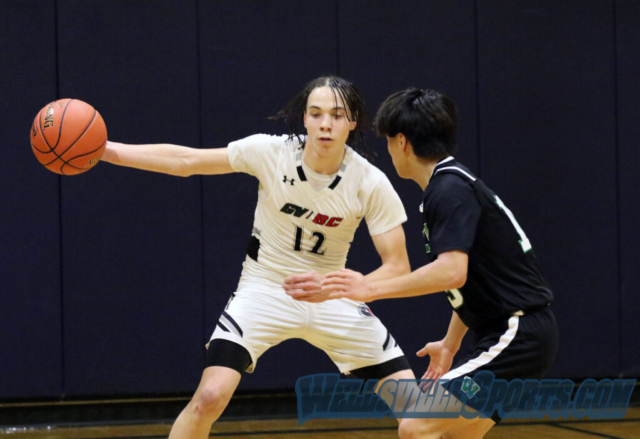 Wind energy meetings this week in Andover and Independence