SPENCERPORT — The Final Four. It is a spectacle where only a select few of New York State’s elites from far and wide meet at one place and at one time, on the final weekend of the season.

As for Allegany County, it’s been 16 years since the last State Champion was crowned. That being the Jordan Ingalls-led Lady Wolverines of Bolivar-Richburg, in the Spring of 2006. Since then, the closest any team from any season has gotten to that penultimate step in the season finale, has been the same team vying for their third trip to Middletown in four years — the Eagles of Fillmore.

It is perhaps their best chance to deal a tremendous amount of damage to complete the latest chapter of their Stately saga. The hurdle? A rematch with Ellicottville in the Class D Far West Regional up north on a very rare, mid-Spring-esque afternoon of November soccer, in Spencerport.

Take two between the soars of Eagles.

How the Eagles made their way back into the Regional picture was behind one of their most stout defensive efforts of the season against a high-octane Mount Morris team that can find ways to attack from any angle on the field. As a result, the Blue Devils were held to just three shots while the efforts translated over to the offense to pursue a 3-0 victory to its end.

On Saturday, it was the same-case scenario.

To punch their return trip back to Middletown once again this year, the defense provided yet another stand-up service on the back line, holding Ellicottville to virtually nothing on offense while the momentum carried over to their attack, as Fillmore provided two quick goals against Section VI’s soar of Eagles in the first 12 minutes of play to set a bar that was protected once and for all, collecting the Class D Far West Regional crown at the end of the day in back-to-back seasons in their 2-0 blanking.

“Credit to the defense, they have been absolutely flawless during this Sectional run for us, and this playoff push,” Eagles coach Jarrett Vosburg said. “I can’t say enough great things about the back four that head that department. Zub (Brent Zubikowski), Nolan (Krzeminski), Jack Cool, Jude Beardsley. It’s incredible stuff to say the least, and I couldn’t be more proud of how well they’ve conducted themselves back there. They didn’t have many dangerous chances, and that’s more kudos to them for doing their job.”

Another phenomenal performance across the board was turned in by Fillmore (21-0) to pave their lane towards the State Tournament once again, beginning with sparks of defensive prowess to keep Ellicottville out of the offensive zone, while in turn, syphoning the energy they would gain from it and apply it to their attack back down the field.

The key was to get the upper-hand that they wanted against Ellicottville during the opening sequences after the kick at midfield. Within the first 10 minutes and change of the first half, lightning would strike.

Not once. But twice.

On the first marker, a message from the sidelines by Vosburg. With the team’s first corner kick of the game awaiting punctuation, the Fillmore head coach called out for his team to deliver. Without hesitation, Eben Schilke heard the dispatch loud and clear, as he sent a picture-perfect corner straight to the middle of the Ellicottville cage, where it was finished off with a header to the opposite side of the net by Henry Sardina in the first three minutes to get the pistons churning.

Vosburg says that Sardina’s presence has bestowed a massive spark to the firepower that the Eagles have been able to produce this season, finishing behind Mitch Ward as one of the top scorers on the attack with 15 goals and seven assists — a 37-point inaugural season with Fillmore thus far, after transferring from just down the street at Houghton Academy.

“Henry Sardina played a whale of a game, and it’s been his best of the season by far. It’s just an incredible, Energizer Bunny-like game. He has a knack to be in the right spot at the right time, putting the head on the ball when we need it,” he said. “He almost had another one in the second half to help put this thing away. He’s a kid with a quiet confidence about himself. He will never make things about him, but rather, the whole team. I’m so happy to have him for the ride after coming over from Houghton Academy.”

With the speedy 1-0 lead in hand to work with, Fillmore proceeded to keep building the pressure up against Ellicottville. With it, the Eagles found the back of the net once more just past the 10 minute mark with the help of Ward, who went on to score his Section V-leading 44th goal of the season on a play stemming from midfield by Brent Zubikowski.

With possession in hand, Zubikowski clears the defensive zone with a high, lofting ball that hung in the air for Ward just enough to settle under and trap it to the ground, juking an Ellicottville defender along the way to kick the tires on a breakaway rush towards the goal. Untouched, the Fillmore senior would not be denied with his marker at the 28th minute mark to branch out their lead by a pair.

A margin they would wind up holding for the remainder of the battle, with many thanks from another incredible, stalwart defensive outing.

“The key to the game was to score early. Regardless of what happened the rest of the game, we got that job done,” Vosburg said. “It set the tempo for the rest of the game, and you can say what you want about it, getting that first goal was so important, because it took the wind right out of Ellicottville’s sails. They should be proud of the season they put together as a young group. Hats off to them on a game well played. I have a feeling they’ll be right back here again next year.”

From that point until the end of the contest, Fillmore would continue mounting all the scoring chances against Ellicottville that they could muster. Altogether, the offense would compile 16 total shots against their opposition, while the defense strongly kept the barricade held up, allowing just a single shot to reach Luke Colombo inside the box to record what would be a sixth straight shutout on the pitch.

Altogether, his 16th blanking of their 21-game campaign — a number that would shatter the school’s history books for most shutouts in a season.

The well-rounded efforts from the Eagles would punch the team’s return tickets back to Middletown, next weekend. For players like Mitch Ward and Eben Schilke, it will be their third trip to the State Tournament during their Varsity careers — a testament to the incredible pedigree that the Eagles have established not only locally, but across the State in recent memory.

Vosburg says he’s at a loss for words to describe the vast amount of success the program has thrived off of.

“It’s kind of unimaginable to comprehend the amount of success this program has strived off of for the last four years,” the first-year coach said. “To look at guys like Eben and Mitch, who will now make this trip a third time, it’s an incredible testament to what this program is all about, and what we’ve preached to them. We’re going to try and do our very best to get back to that Finals game, and hopefully win that last game to bring a State title back home.”

“Whatever happens next weekend, we’re just trying to savor the moments for the rest of the week and going into the State Tournament. This is a chance that few teams in New York State get. To be one of the final four teams in Class D playing at a stage like that, is an incredibly special thing. I can’t say enough about this team, and their heart, their drive, their passion for this game to give us another shot at the end. Hopefully, we can gear ourselves up for two more wins.”

The penultimate journey for the Eagles will begin next Saturday morning at Faller Field in Middletown, where they will face off with Section XI’s Greenport in the State Semifinal round, which begins promptly at 11:15 a.m.

On the other side of the Class D bracket sits Section IV’s Southern Cayuga, and Section VII’s Chazy — a team that Fillmore has come to know over the years during their trips to the State’s grandest stage. More recently, last season, when Fillmore defeated Chazy in penalty kicks to advance into the State Finals. 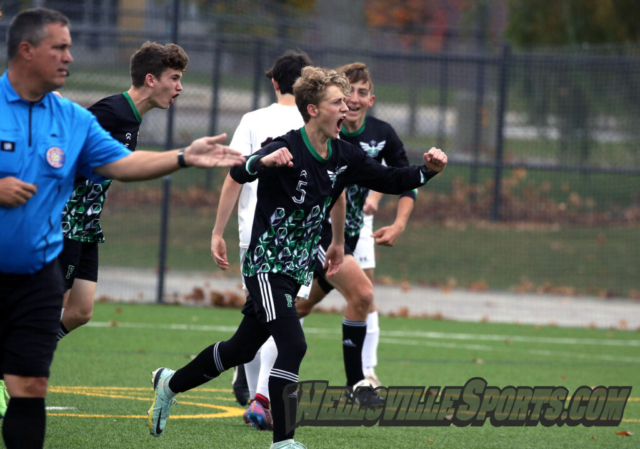 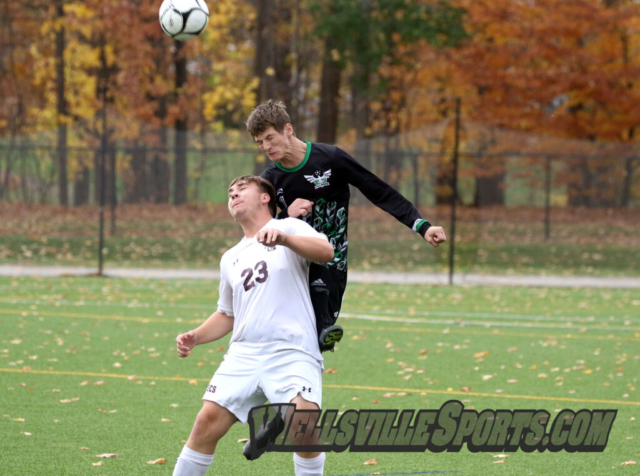 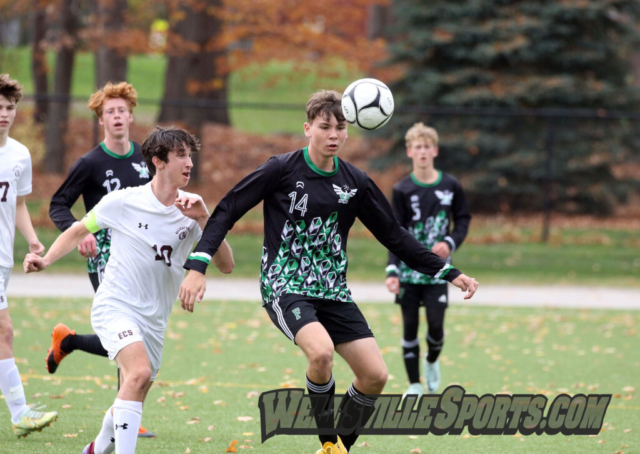 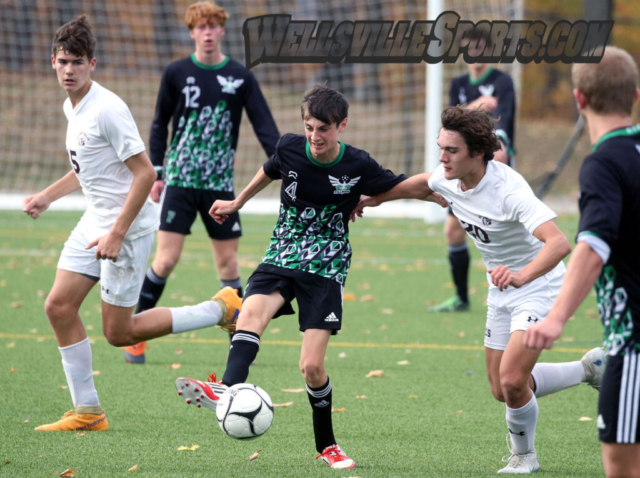 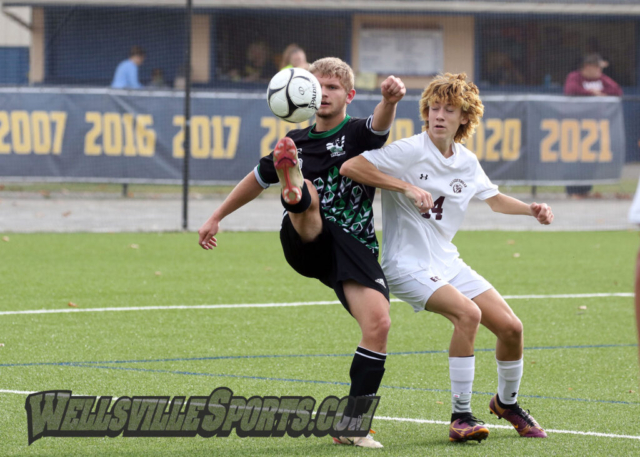 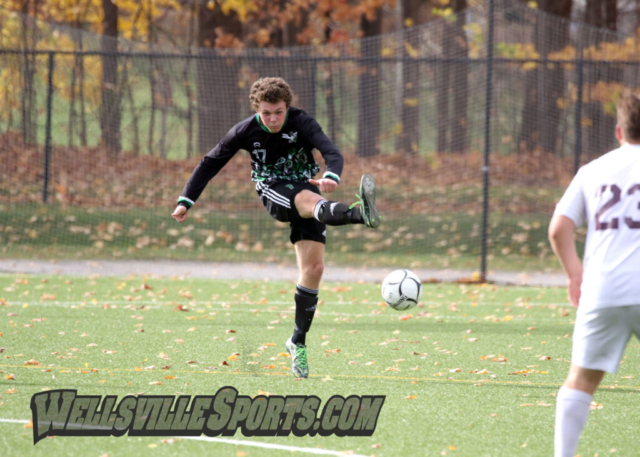 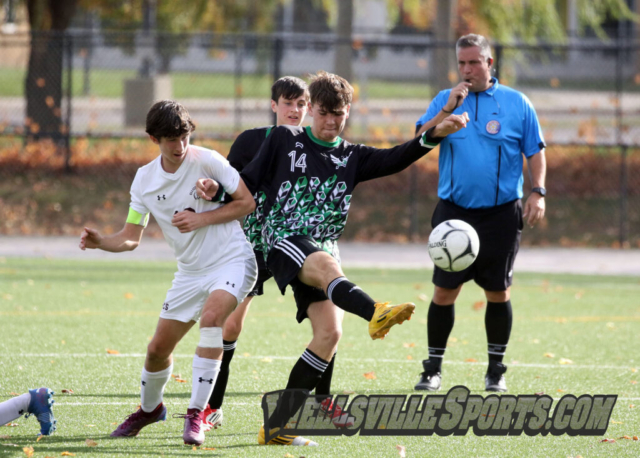 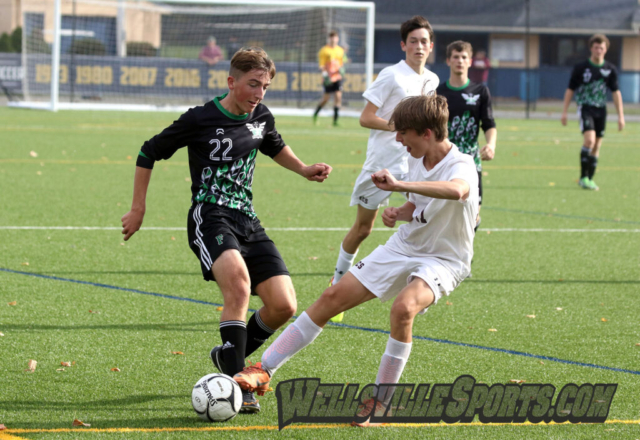 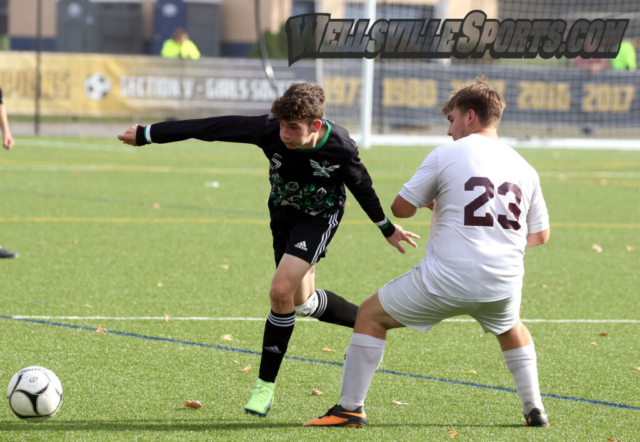 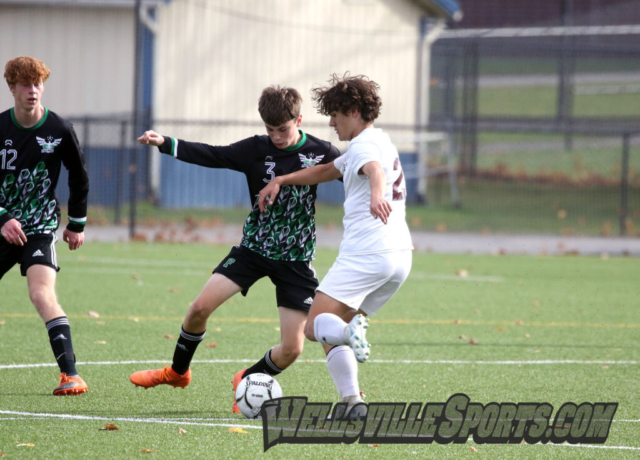 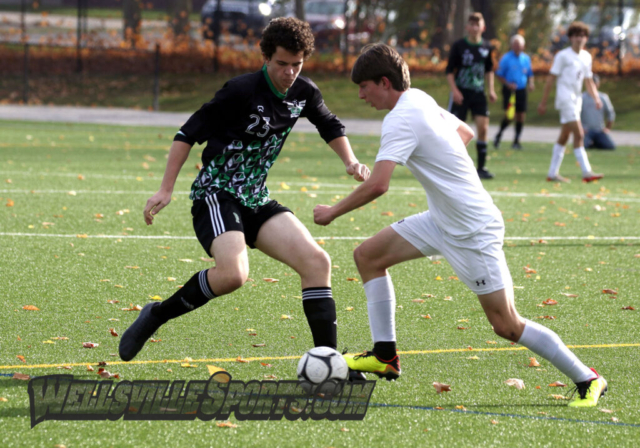 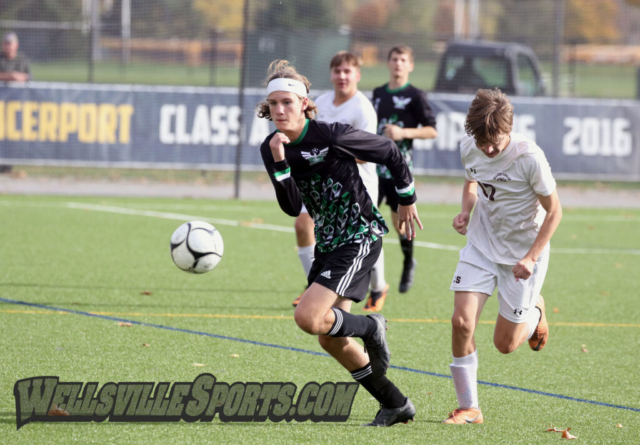 NY Landquest: House with Cabin on 2 acres in Swain NY, see the slideshow

Weekly poll question: The future of traffic on the Bolivar road in Wellsville