FILLMORE — All season long, the Genesee Valley/Belfast ladies have possessed a defense that can be capable of contending for a championship at the end of the year. Having only given up just eight goals all season entering Sectionals, it was safe to say that they were most certainly ready for any challenge ahead of them.

What better time to test your truest mettle than on the biggest stage of them all?

Posting shutouts against No. 7 Harley Allendale-Columbia, and then a shutout through a penalty kicks win against No. 3 Naples earlier this week, one more stout defensive effort separated them from their first shining moment since the two schools merged athletics a couple of years ago.

No. 5 Keshequa was standing in their way however — a team that took defending Class D1 Champion, and State Final Four finalist Fillmore the distance, winning in overtime to score perhaps the biggest upset of the tournament this season. In short, you could say that the Lady Indians are on Cloud 9.

But on Saturday on a chilly evening in Fillmore, to decide it all, both teams gave it everything they had. Across almost all of the 110 minutes that were needed to decide a champion. 2:30 remained on the clock until a title-sharing tie would come into fruition.

Julia Wilkins instead, delivered the direct kick of her life.

After a foul next to the near sidelines, Wilkins lined up the ball from about 25 yards away from the Genesee Valley/Belfast net. With it, she sent a rocket in on goal where it would meet the top of the head of Ava Thayer parked out front, hitting the ball straight over the head of Ashley Burrows and into the net, sending the Keshequa side of the sidelines into a complete frenzy, as they took down Class D1’s top two seeds on their magic carpet ride through Sectionals to win the Championship, defeating Genesee Valley/Belfast by a thrilling 2-1 count.

“This one really hurts and it will for a while, but I’m so proud of the way this team fought tonight just as they did all season,” GV/Belfast co-coach Duane Powers said. “Our defense has been the backbone of this team, and they once again gave us a chance to win it all. I thought we defended the first goal really well, but it was a great shot by them. But the way we responded with Mary (Hamer) dropping a beautiful dime to Hannah (Southwick-Powers), it just shows the heart and determination this team had to get this into extra time. Unfortunately, we just didn’t get it to go our way in the end. Hats off to Keshequa.”

Through what has been an incredible display of defense for almost the entire game, the physical play, the heart, the passion, the drive that both teams put on in such difficult conditions with the bitter cold beginning to settle in, scoring chances were going to come at an absolute premium.

But if either team wanted to hoist that championship at the end of the night, they had to act fast with the stalwart defensive battle continuing to settle in.

In the second half, that time to act came from Keshequa right out of the gate with a prime opportunity to break the ice seconds in. Just outside the Genesee Valley/Belfast (12-4-3) box, a direct kick which would ultimately sail over top of the net and out of harm’s way. But in turn, the No. 2 seeds would do some buzzing around in the Lady Indians zone themselves, garnering chances themselves that the Lady Indians would ultimately find ways to clear the zone from.

But as time kept ticking off the clock, so did the chance to create an offensive spark. With 15 minutes left to play in regulation, the Lady Indians would score.

The patience and pressure that Keshequa put on in the Genesee Valley/Belfast zone would pay off with the help of Libby Benner — whose OT-winner over Fillmore back on Wednesday sent them to the Finals, as she broke the ice with her marker on the far right side of the cage to give the Lady Indians the lead.

Although it put them behind the eight-ball with limited time remaining, the response that Genesee Valley/Belfast would provide was just as quick.

On one of the very next possessions deep in the Keshequa zone, Genesee Valley/Belfast set up shop for a corner kick elected to be taken by Mary Hamer. With the target painted directly in front of the Lady Indians net, Hamer would hit the bullseye — the head of Hannah Southwick-Powers, as she leaped up into the air and delivered a tremendous finish on the ball to tie the game up at one, three minutes later.

A goal of immense magnitude.

“We showed up, we battled hard, came back from being down 1-0 on an amazing header by Hannah off the corner from Mary. That was an amazing goal, and there was no better time for it either,” said GV/Belfast co-coach Lisa Scott-Schneider. We were able to try and build off that momentum into overtime, but they got a lucky bounce and over top into the net. Ashley Burrows had the game of her life in goal tonight, she was incredible. I could not be any more proud of these ladies.”

From the game-tying goal forward, it would force the second straight overtime for both teams. And through much of the extended warfare, the trend that had been set all night, would begin to re-establish its presence — defense.

The last 27 minutes and 30 seconds of the night were spent keeping the ball occupied near midfield, with chances being built along the way. Perhaps the best for Genesee Valley/Belfast stemming off another corner kick from Hamer to the front, floating to the other side of the cage, but a second touch at the back door could not be garnered during the first overtime.

But with 2:30 left, in as clutch of a time as ever, the Lady Indians found their path towards the Class D1 Championship, as Wilkins’ direct kick to Thayer in front served as the game-winner to end Genesee Valley/Belfast’s season.

A season that would provide a moment that Scott-Schneider believed, was not even in view before the season began.

“It was not on our radar during preseason. I think I’ve been doing this long enough to think that how the season went, it makes me smile,” she said. “We overachieved and the disappointment will only burn the fuel for more good soccer from the underclassmen. As Anna (Drozdowski) told our team at the end, she said it should burn and burn bad for the younger kids to get back here. To hear her say that, I absolutely love it. I’m so proud of how this team came together after one year of merging and became one. It was a completely different feeling this year, and all in the positive lanes.”

Keshequa outshot Genesee Valley/Belfast by a 16-7 count, with Burrows recording a sensational night in goal to help the defense stay in the game through a grueling, physical battle with the Lady Indians, setting aside 14 shots in what would be her final game in between the posts.

A memorable 2022 campaign has now officially reached its end for Genesee Valley/Belfast, as they conclude with a record of 12-4-3 overall. The team will bid farewell to eight seniors at the end of the year in June, in Burrows, Anna Drozdowski, Adison Grusendorf, Harley Proctor, Kylee Lorow, Lauren Haggstrom, Angel Jimerson and Clelia Parla.

“I cannot thank the seniors enough for everything they have done since they all came together as one team,” said Powers. “They have been a very, very special group and I will miss them dearly. Lisa and I have had an absolute blast with this team, and sometimes things just don’t go your way. But I could not be more proud of the way these girls represented their schools and communities during their time with us.”

Scott-Schneider added on her seniors, saying that “the seniors left it all out on the field. Some holes need to be filled by losing Ashley, Anna, Adison, Harley, Kylee, Lauren, Angel and Clelia. They have been a great crew of fine young ladies that will be a wonderful asset to society when they begin to venture out. They are great women to work with, I love their personalities and everyone made this a season to remember. I am so glad we were able to give the seniors this memory, because it doesn’t happen very often.” 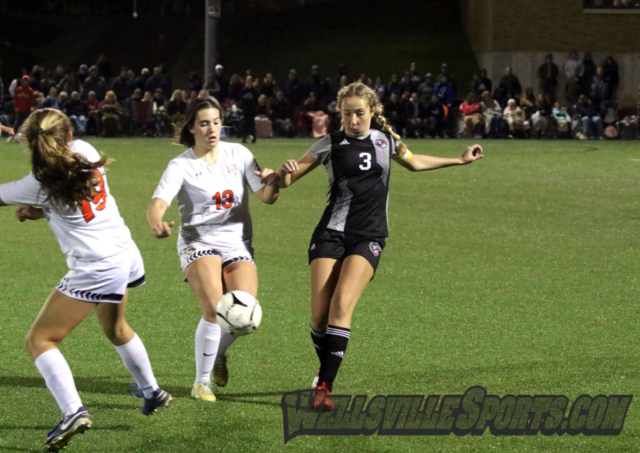 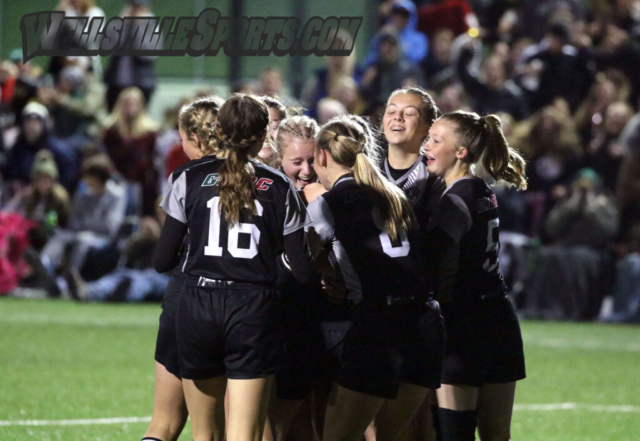 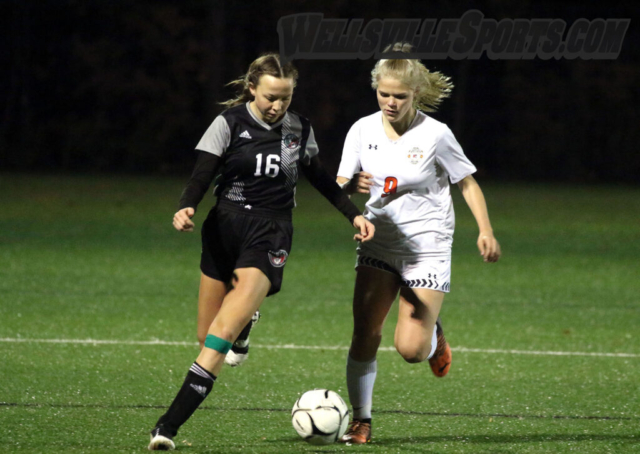 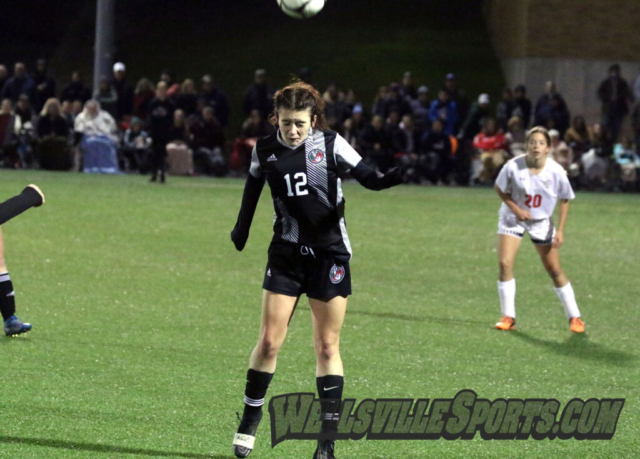 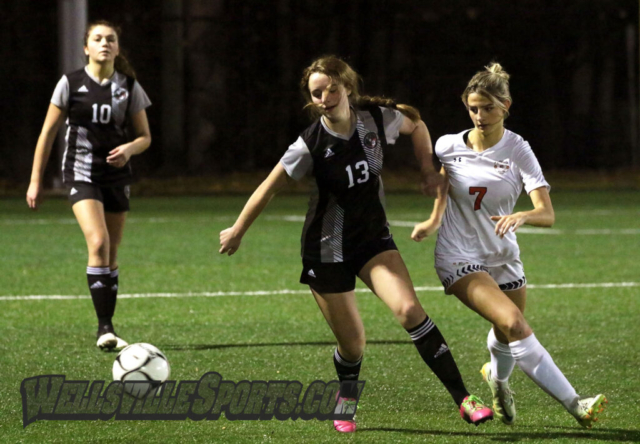 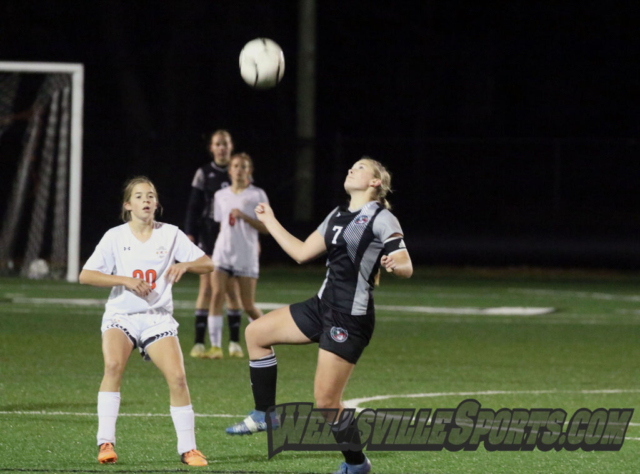