WELLSVILLE — In the game of soccer, garnering a fast start is absolutely pivotal. With it, it allows you to control the game at your own pace. For the Lady Wolverines of Bolivar-Richburg, it took a matter of minutes into Saturday’s game in Wellsville.

But at the same time, their start caught fire in a matter of seconds.

In a span of just 24 seconds, the Lady Wolverines set off a game-altering engulfment, as Cassidy Stives and Madigan Harris went back-to-back in the first five minutes of play to bring the hammer down almost immediately on the Lady Lions with a 2-0 lead that they never let go of through the chilly winds in the Lion’s Den, flooring it towards a 3-0 shutout.

At the 34:35 mark after the opening kick, Bolivar-Richburg (8-6) was primed for a big and hot start to their game, setting up shop deep in Wellsville territory with one of their first corner kicks in the game. With McKinlee Harris electing to take the kick, it was sent in on the Lady Lions goal ever so perfectly, met with a body right out front — one that Cassidy Stives would provide directly into the net to capture the first strike.

A very short time later, the Lady Wolverines added to their lead right off the kick after the goal by Stives, as Madigan Harris picked up possession of a pass from the back dished along by Teegan Sibble, carrying it against and through the Wellsville (1-12-1) defense, rifling it past Makenna Dunbar next to the right post and in to extend their lead by a pair.

The lead would hold all the way until halftime, as they remained in control of the midfield battle for much of the time. As a result, a piece of insurance just past the 10 minute mark of the second half would come along on Madigan Harris’ cross in front of the goal, squibbing over to the feet of Raegan Giardini where she poked it home right down the middle for a three-goal lead.

The three goals would come on six total shots at the Lady Lions net, while the defense held the hosts in black and orange to just one, as Kyla Gayton recorded the shutout behind the one save. Makenna Dunbar and Madison Thompson would combine to make five saves for Wellsville, who now hosts Cuba-Rushford on Monday at 5 p.m.

Bolivar-Richburg is back on the field Wednesday night for a monster clash against the undefeated Fillmore Lady Eagles on the road, beginning at 7 p.m.

SHORTSVILLE — It was as electric of a start that the Lions of Wellsville could have hoped for on their latest road trip to visit Red Jacket, Saturday afternoon.

On the final play before the end of the first quarter, they would make their way down the field from one end to the other on an explosive dash from Brennen Geffers to break the ice. But as soon as the action transitioned into the second quarter, a brand new, pristine slate was presented to host Red Jacket to work with.

The Indians would go above and beyond for the next two quarters of play, holding Wellsville at a complete standstill while collecting 44 unanswered points, fueling the offensive freight train conducted by Micah Harshfield and his six total touchdowns under center and on the run to jet his team towards a dynamic 50-12 victory.

Before the explosive outing on the attack came to fruition for the Indians, the Lions (0-6) were the first to reach the board right at the tail end of the first quarter. With 20 ticks left on the clock, JJ Howard handed off to Brennen Geffers from their own 7-yard line. Geffers then proceeded to cut back and make his way down the far sidelines, leaving the Red Jacket defense in the rearview mirror right as time expired to find the end zone on his 93-yard touchdown.’

Wellsville hoped that the long scoring play would provide a big boost of energy going into the next frame of play. But it was Red Jacket that went on to syphon that energy straight from the Lions’ grasp, as they went on a scoring spree with 24 second quarter points, led by a trio of Micah Harshfield scores — two through the air to Matt Allen from eight yards away, and then towards the end of the half, a 25-yard touchdown to James Sibeto.

In between those passing touchdowns, one of his own on the ground from 22 yards away. What was an early 6-0 lead, became an 18-point deficit at the break for the Lions.

From the second half on, Red Jacket looked to their defense to keep holding Wellsville at bay. They would go on to do just that, forcing four total turnovers, including fumbles on back-to-back stands in the third quarter. The Indians would use those as the foundation for what became a 20-point frame to add onto their lead. Leading that charge was two more aerial strikes from Harshfield to Sibeto from 29 and 38 yards out before Matt Allen found the end zone one more time himself from 13 yards out on their final drive of the frame.

Before the third quarter reached its conclusion, the Lions would finally work their way onto the board with what was their final score of the battle — a 37-yard run up the near sidelines by Howard from the backfield.

Red Jacket would go on to add one more score from the goal line in the final 12 minutes from Josiah Schmidt, carving his way through the defense on the way in for the team’s last.

Wellsville will return for their final home game of the regular season next Friday night, as they host their annual Homecoming game against Mynderse beginning at 7 p.m. in the Lion’s Den.

During halftime, there will be a special ceremony for this year’s Wellsville Central School Hall of Fame’s newest inductees of the Class of 2022. 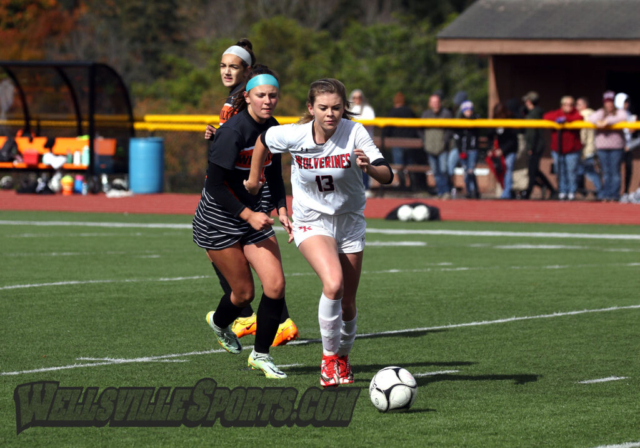 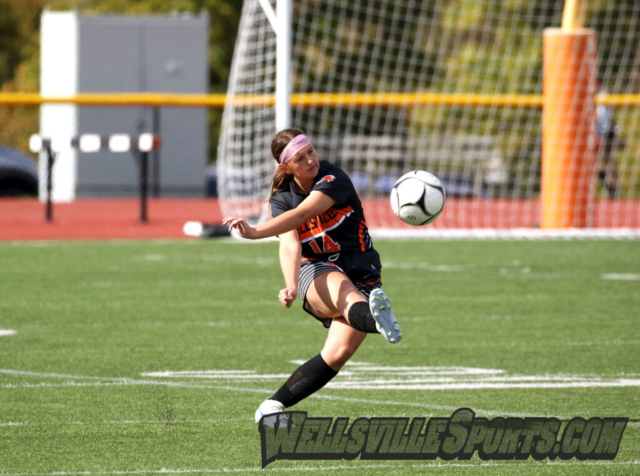 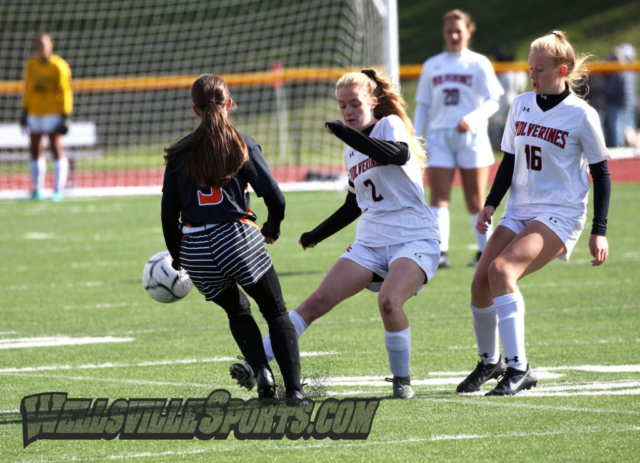 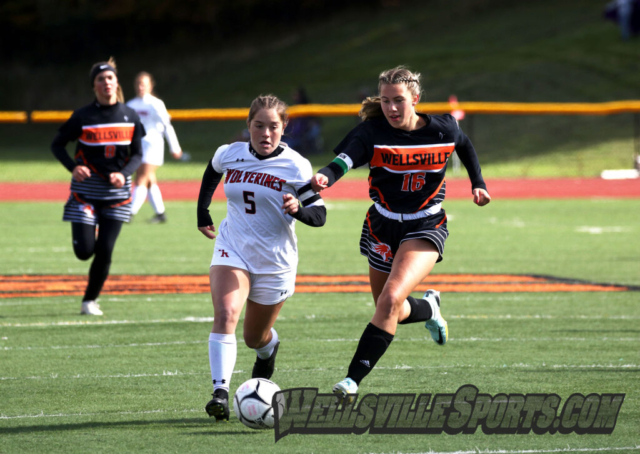 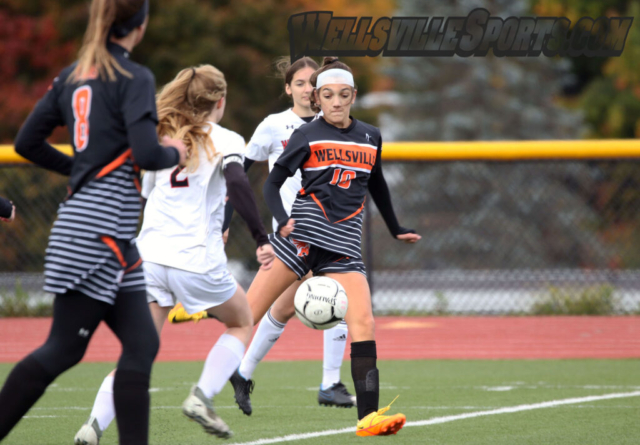 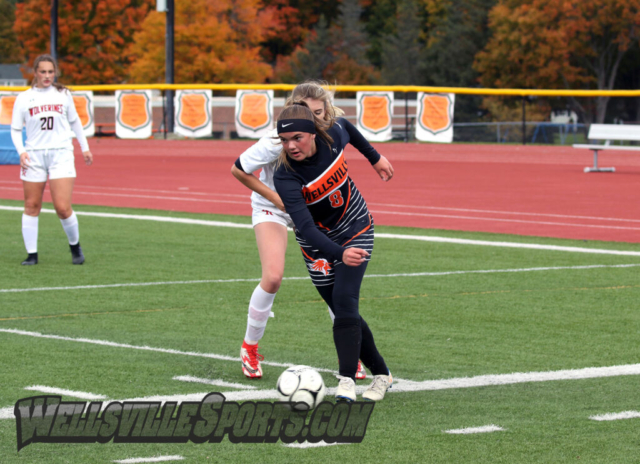 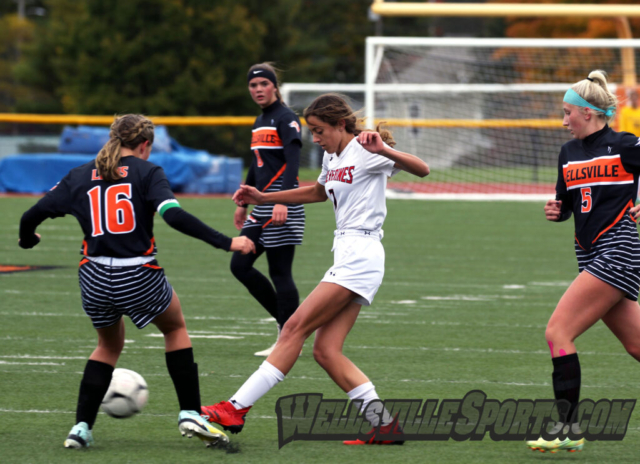