CUBA — It’s been four long seasons since the Cuba-Rushford Rebels football program last had a taste of sweet, sweet victory. Saturday afternoon, that long stand of waiting patiently would all come to an exciting end.

The feeling of jubilation surrounded the field in Cuba when the Rebels used an explosive effort across all facets to overwhelm visiting South Seneca, with their defense putting together one of their most complete efforts, while the offense would need just the first half to create enough sparks to ignite the trail to glory once again with a 14-0 shutout of the Falcons to claim their first win since the 2018 season, and the first for first-year head coach Jarrod Bell.

“I am really excited for our kids today. They have been working really hard this season with nothing to show for it in the win column, and then they were able to reap what they have been sowing,” said Bell. “I am proud of the boys and the way they kept battling. They had to earn every inch of this victory. The hope is for this to help us continue to build and play with more confidence as we finish out the season.”

The Rebels (1-3) were able to get their offense kicked into gear in the first quarter to open the scoring. With under eight minutes to go, Haven Kellogg would provide that first stepping stone towards success, scampering off from the South Seneca defense deep in the red zone, and into the end zone for a touchdown from 11 yards out to take a 7-0 lead after the point after.

But perhaps the bigger storyline for the hosts in blue and gray was their defense, who greatly overwhelmed the Falcons offense all day long by coming away with a whopping six turnovers — three forced fumbles all recovered, and three interceptions. One of those picks went straight into the hands of Alex Baron in the second quarter, who would run it all the way back for a 27-yard Pick-6 to branch out the Rebels lead to 14.

And the lead would remain as such, as the rest of the game laid solely on Cuba-Rushford’s defense to keep South Seneca off the board, doing just that for the entire second half to hang on and capture their long-awaited first victory in four seasons.

Cuba-Rushford would record 160 total yards on offense, the majority of which would come from their backfield and Landen Schappacher, who carried the ball 15 times for 109 yards. On defense, Kadin Pierce led the pressure attack with six tackles. Henry Schwartz and Dom Bello each had four tackles, while Cody Barton and Breckham Hunt both had three, with Barton adding in the team’s lone sack off the edge.

The Rebels will look to use the momentum in its entirety when they return to their home field next Friday night, as they welcome in Section V, Class D titan Alexander for a 7 p.m. kickoff. 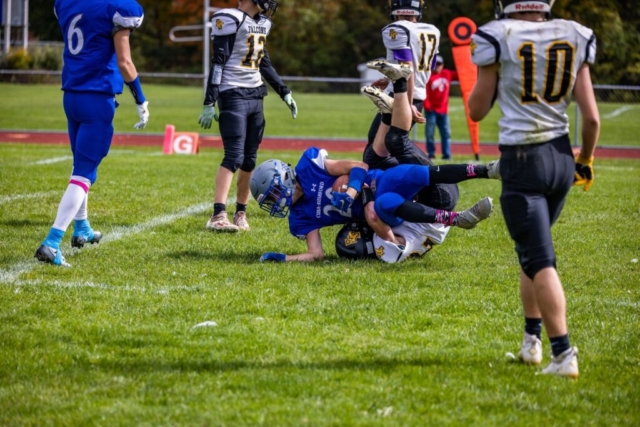 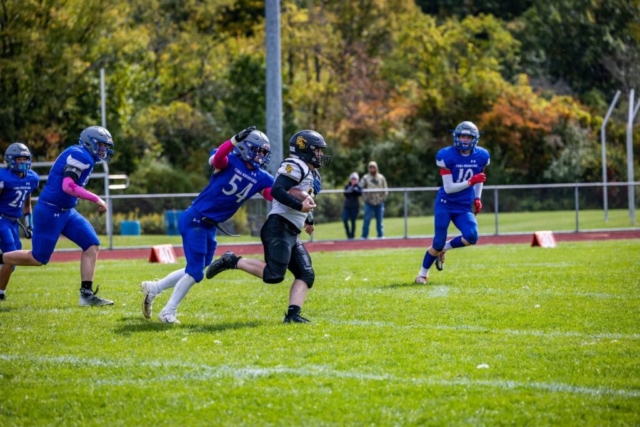 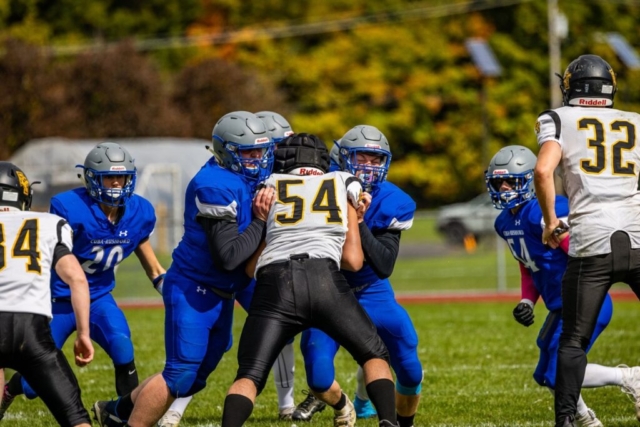 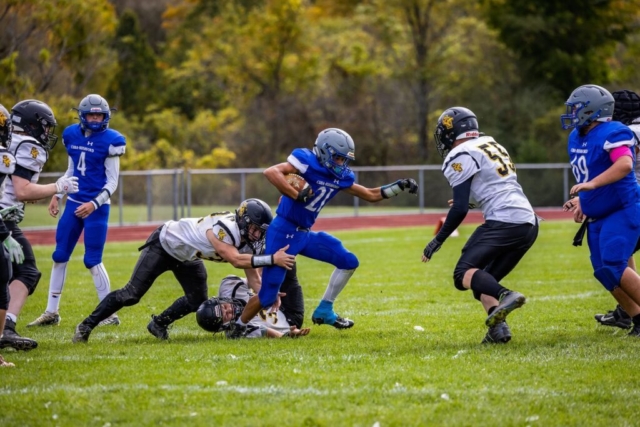 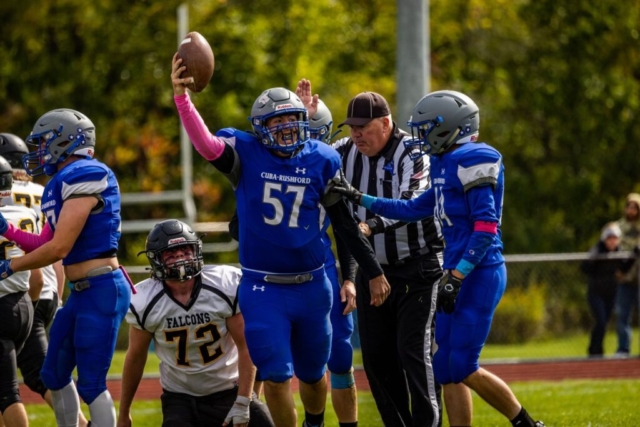 The Golden Crone: That’s on you