WELLSVILLE — The defensive prowess from the Genesee Valley/Belfast United girls’ soccer team has been an incredible display of power since the start of the season. The team has allowed just four goals entering their Wednesday battle in the Lion’s Den against Wellsville, and along the way, have netted shutouts of their opposition in six of their seven wins.

Talk about locking it down.

There’s no better time to play some of your best soccer than now with Sectionals looming upon the horizon, a mere two weeks away. The message for his team before going out to take the first kick, Genesee Valley/Belfast co-coach Duane Powers wanted his team to strike fast, and score right in the first 10 minutes of play.

Their reply? Simply that.

The tone was set right from the start with the first of three goals they would find the back of the Wellsville net with, allowing the defense in turn to establish their ground from start to finish by holding the Lady Lions to just a single shot on goal to keep them off the board, recording their seventh shutout of the year with a 3-0 blank under the lights.

“They started off fast, and that was huge for us. Wellsville is a good team, and this was a good test for us,” said GV/Belfast co-coach Duane Powers. “Right now, I feel like we are playing at a championship level on defense and tonight helped that cause. The offense is coming along, and we’re able to create a lot of chances. We still have to be more consistent, but I feel that a breakout game is going to be coming soon.”

Baleigh Tallman was the first to reach the board for Genesee Valley/Belfast (8-2) at the 33:32 mark of the half, answering the call that Powers had provided for his team with a goal that began off a perfect Adison Grusendorf pass ahead from the middle, leading to a breakaway chance on goal, knocking it in to create the first crack into the ice.

Garnering the first lead of the game would allow them to build on it on both sides, with the offense continuing to create chances deep in the Wellsville (1-8-1) zone — a bounty of them coming off even more wide-open looks after working their way past the Lady Lions defense on the way in.

Before the half would reach its conclusion, the lead would grow to a pair of goals for the visitors in white and black, as Hannah Southwick-Powers worked her way into the Wellsville zone for the next two scores — both of which were assisted by Whitney Young, with the first beginning with a run back on the attack alongside Lauren Haggstrom.

After a series of passes, Young would dish the final one off to a streaking Southwick-Powers on the break, burying the shot far post right near the midway mark to earn the 2-0 lead at halftime.

While the stellar display of defense carried its momentum into the second half, the offense was able to find the back of the net one final time with another massive piece of insurance to maintain their lead, as Southwick-Powers and Young connected with the score off a Kylee Lorow interception near midfield of a Wellsville goal kick.

The ball was sent back down the field where Young was able to pick up possession in the far corner, working her way past the Lady Lions defense for a pass over to Southwick-Powers, who picked up the right angle to go far post again in the first 10 minutes to secure their advantage for good.

FILLMORE — It was as dominant of a start that the Lady Lions of Wellsville could have asked for to start the night in Fillmore on Wednesday. Through the opening set, Wellsville found every bit of success that they were able to muster against the host Lady Eagles, as they established the night’s only lead and holding it until the very end in a straight-set, 25-11, 25-17, 25-14 victory to record their seventh win in first eight games.

The hot streak continued for the Lady Lions (7-1) behind the guidance of Lindsey Stuck, Emma Dunaway and Morgaen Howe on the attack, as they combined to record 14 team kills, with Dunaway recording a team-high six to pair with three aces. Howe would add in five herself, while Stuck followed with three additional kills to go with five aces from the back line. Setter Maddy Parks was busy at the front of the net helping set everything up, dishing out 18 assists.

On the other side, the Lady Eagles (4-5) were paced by Skylar Gaddy, who recorded three kills and two aces. Setter Zoe Hubbard handed out nine total assists up front to further the cause.

CUBA — The first two sets between Bolivar-Richburg and Cuba-Rushford was some of the most exciting back-and-forth action of the night, with each team recording the victory on the last two serves of the set to tie the match up inside the Wighthouse.

The latter of the sets were captured by the host Lady Rebels, who aimed to build off of the triumph going forward. But instead, the bounce back from the Lady Wolverines wound up being the difference maker in the final two sets of the night, as they took complete control to take a four-set victory away and back home with them by a 25-23, 23-25, 25-21, 25-14 count on Wednesday.

“My kids had amazing serving and amazing serve receive tonight. They are a team that never gives up, and they play like its game-point every point of the game. I am so proud of them.” said Lady Wolverines coach Demi Elliott.

The service was at an exceptional level for the Lady Wolverines (4-3), with Brena Walp and Kori Thomas garnering brilliant nights from the back line, with Walp collecting a dozen service points to go with eight kills, eight digs and seven aces. Thomas would then add in nine service points herself, combining them with seven blocks, five aces and four kills.

Adding more fuel to the fire for Bolivar-Richburg was Haley Mascho on defense, as she recorded 18 digs along with two aces, while Carmen Crowley (six kills, three aces) had six more digs to add.

Cuba-Rushford (4-4) was fronted by Bri Green on offense, who recorded nine kills and three blocks at the net. Lauren O’Keefe added five more kills, five digs and one ace, while Jordyn Radomski provided six more digs on defense to couple with three kills and three aces. Setter Kendall Tompkins concluded with 18 assists, pairing them with five digs, two blocks, one kill and one ace.

HOUGHTON — A close battle across the opening set helped set the table out of the gate in Houghton on Wednesday. One that the host Lady Panthers would navigate their way through to get the jump on visiting Genesee Valley/Belfast.

It was also used as a building block for the remainder of the match going forward, as Houghton Academy buckled down and kept their opposition at bay the entire way, rolling in the last two sets to record the straight-set shutout (25-19, 25-11, 25-9) for their fifth straight win.

“We’ve won five games in a row, and it has been a big confidence boost for the girls, especially some of the younger players on the team. Our seniors have been tremendous, being great leaders, and they have become so encouraging to their teammates.” said Lady Panthers coach Kathie Hilsher.

The Lady Panthers (5-2) were led by their senior dynamic duo once more — Jess Prentice and Jessica Adenuga, as both attackers racked up the kills from the frontlines, with Prentice taking charge with a game-high 14 kills to pair with five digs and four aces, while Adenuga chipped in with seven kills of her own, coupling them with seven aces from the service line and seven more digs on defense. The team’s setter in Abby Reitnour handed out 17 assists to jumpstart the offense.

On the other side of the net, Genesee Valley/Belfast (0-9) was led by Madison McKenzie on defense, garnering six digs to go with a pair of kills. On offense, Karlee Jones had three kills and two aces from the back line, while setter Cassidy Hand dished out four assists to go alongside an ace. 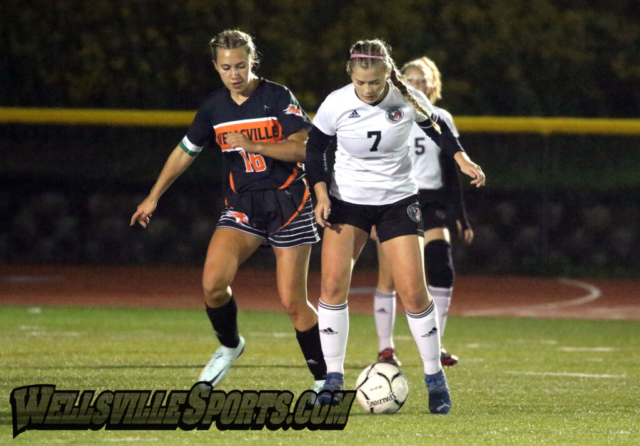 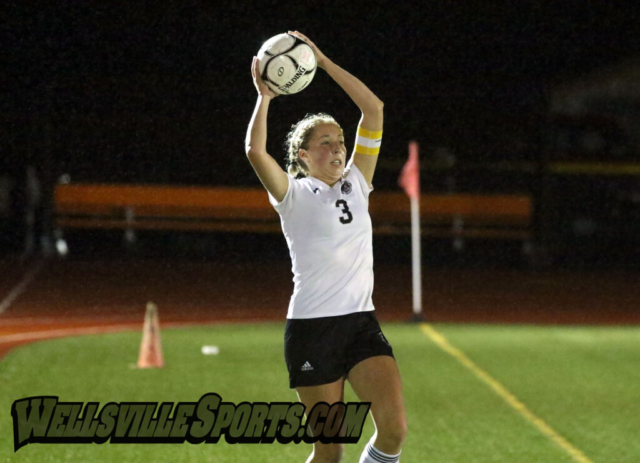 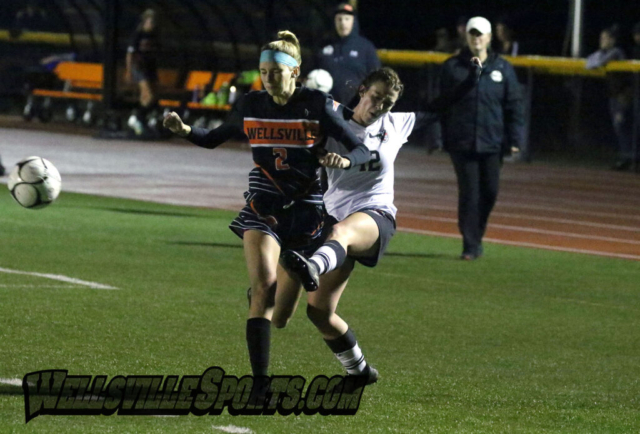 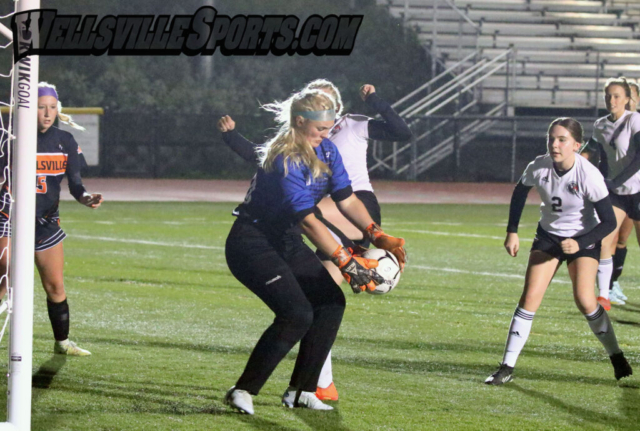 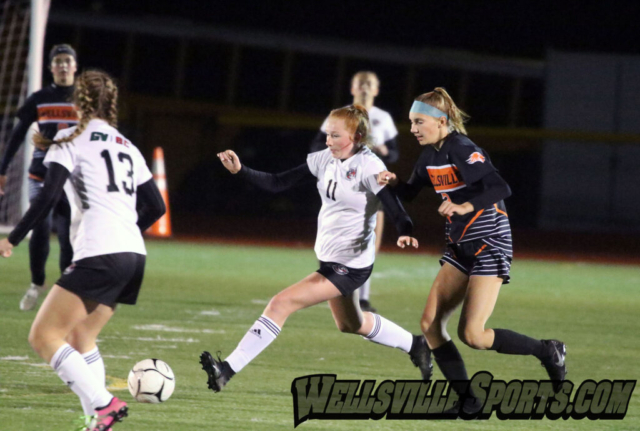 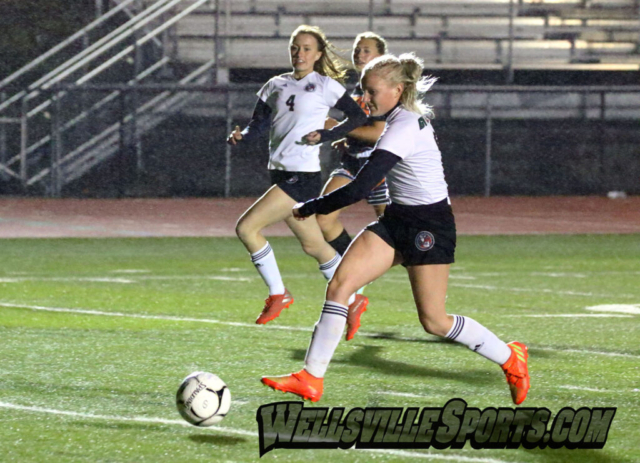 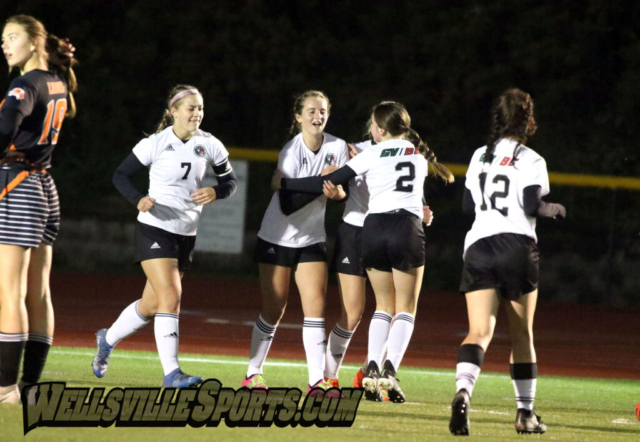 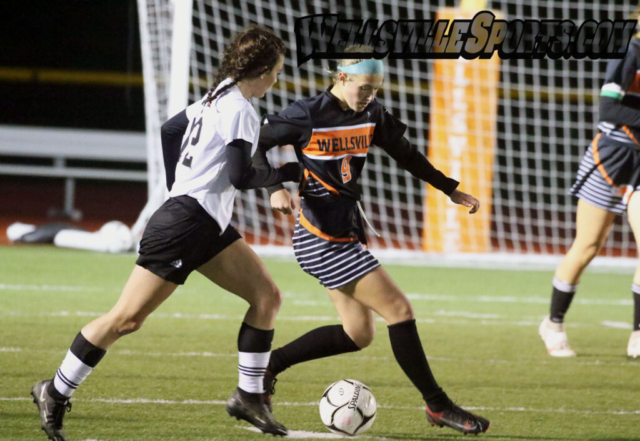 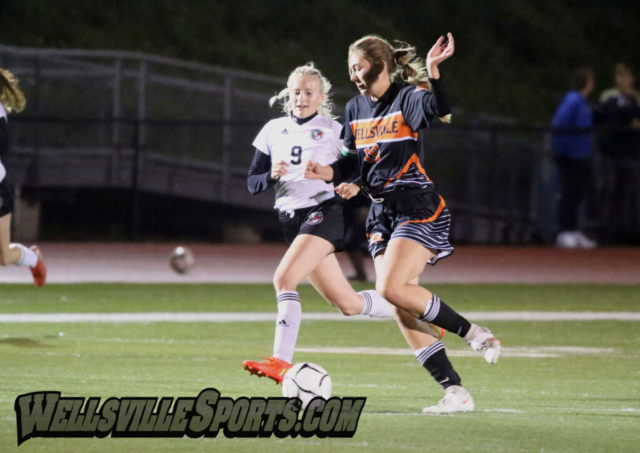