WELLSVILLE — After dropping the night’s opening set to the hands of Wellsville, visiting Cuba-Rushford bounced back to tie the match with the closest of set wins the night would see between the two foes in their Tuesday volleyball meeting inside the Lion’s Den.

With some newly-founded momentum now loaded into their wheelhouse, the Lions would ultimately find a way to seize all control of the contest after the fact, as they went back to work on overloading the floor against the Rebels with a dominant finish in the third set to set up what would be a four-set win by a 25-16, 23-25, 25-13, 25-18 count to record their fourth win in first five matches.

The Lady Lions (4-1) provided a solid offensive service on the floor to counter the Lady Rebels at the net, with Lindsey Stuck (four aces) and Bryanna Moultrup (three aces) each leading the team with five team-high kills. Not far behind was Averee Palmatier, who added in five digs on defense to pair with her four kills. Helping set up everything up front was Maddy Parks, as she handed out 28 helpers to couple with seven aces.

Wellsville would gain a lead by as much as five in the opening set coming down the home stretch. With an 18-13 lead in hand, the Lady Lions provided a fierce ending to take the game’s first decision with seven of the last 10 points going their direction. Cuba-Rushford (2-3) would make up for it immediately after in the next set, as they took the Lady Lions the distance victoriously to tie the match at one.

But all momentum by the Rebels was erased and seized by Wellsville for the remainder of the match, as the Lions went back to work on back-to-back wins to close out the night, including a 25-13 third set win to completely shift all momentum.

The Rebels were led by Bri Green at the net, who tallied a game-high 12 kills to go with four aces and a block. Lilah Stroud added in eight kills of her own, while Lauren O’Keefe (four kills, three aces) had five digs to pace the defensive efforts. Setter Kendall Tompkins handed out 28 assists to her teammates while producing three digs and two aces along the way to further the team’s cause even more.

HINSDALE — There was some extremely close volleyball being performed by both Fillmore and Hinsdale, Tuesday night. With half of the match’s sets seeing extra serves — the first giving off a great start, and the next time, a match-saving rebound.

Despite pushing Hinsdale to the brink right away, the third set would help them remain alive in the match. In the end, the Eagles would find a way to prevail in the end with a dominant fourth-set finish to take the 3-1 victory over the road against the Bobcats, in a 27-25, 25-14, 26-28, 25-15 decision.

Fillmore (3-2) saw Skylar Gaddy take charge of the offense, producing a game-high six kills to pair with five aces. Adding more fuel to the fire along the way was Jenna Austin, who had four kills while Ava Sylvester (three aces) rounded off with two. From the service line and at the front, Zoe Hubbard provided a brilliant outing for the Eagles, handing out 15 assists to pair with nine aces. Sawyer Pomeroy concluded with six more aces to add.

BELMONT — For the second time this season, a dominant performance put on by Canisteo-Greenwood set the tone on Tuesday over the road, as they powered their way towards another straight-set victory against host Genesee Valley/Belfast, exiting town with a 3-0 sweep in their back pocket.

Set scores were not made available upon publication.

Genesee Valley/Belfast (0-6) was led by the offense of Madison McKenzie, who scored a team-high seven kills and one ace. Setter Cassidy Hand chipped in with eight assists, pairing them with two kills, two aces and two denials.

“I think we have been playing much better and I can see improvement in our abilities,” said GV/Belfast coach Darren Bradt. “I am excited to see where we go next. Every game was close, and we established leads. We just need to sure up some mistakes to get us over the edge. It will be a tough game Thursday against Wellsville but I’m excited to see how we rise up to the challenge.” 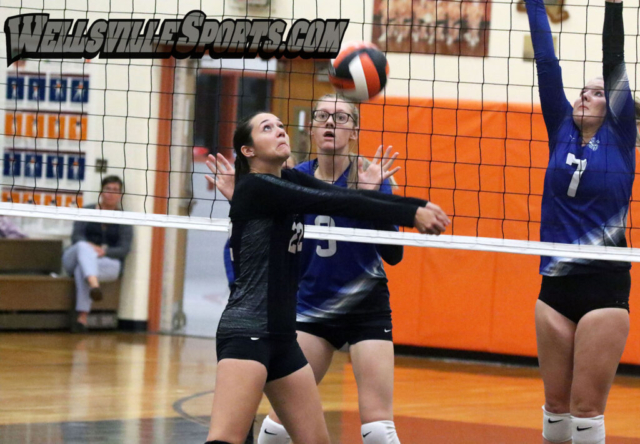 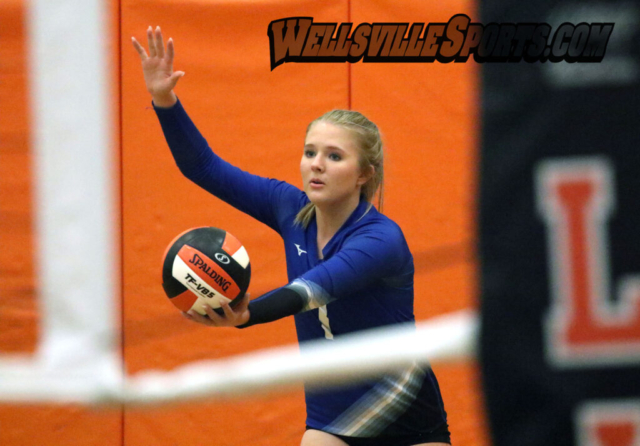 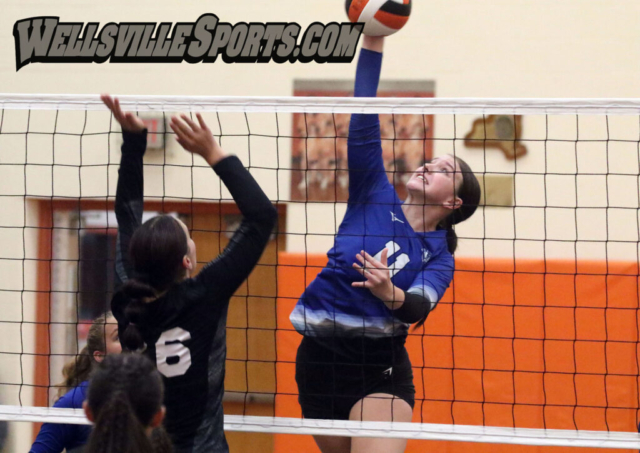 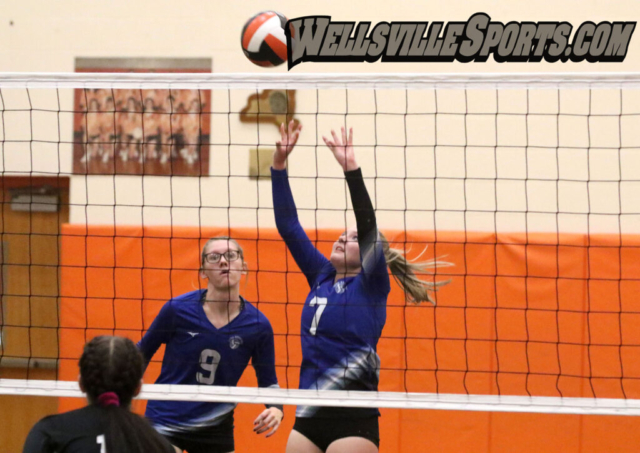 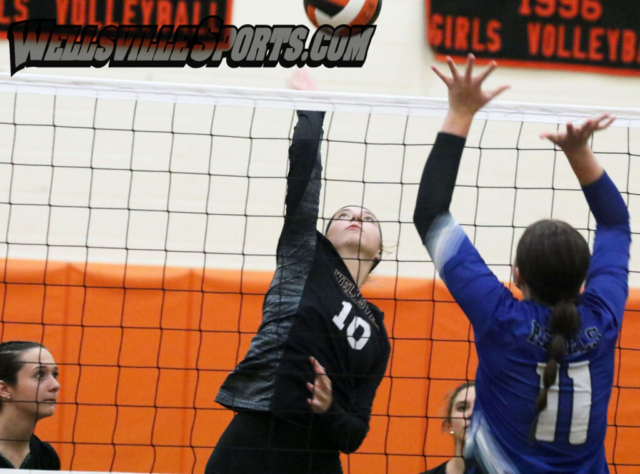 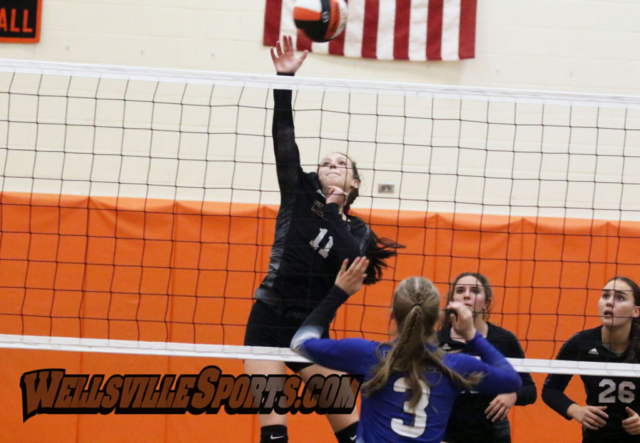 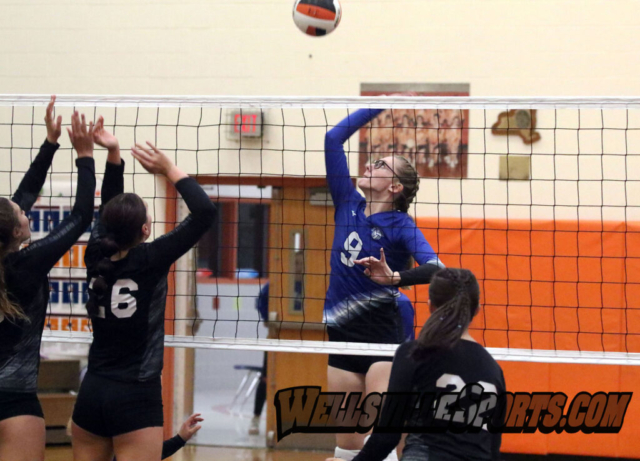 Don’t forget to tell your grandchildren