FRIENDSHIP — Between Bolivar-Richburg and Friendship/Scio, a multitude of shots would stack up. Altogether, 24 shots made up for the offensive production in an offensive firestorm that saw two crucial lead changes take place on Monday.

Both teams would battle back and forth towards a first half-ending tie. But the action would soon pick up in the last 40 minutes, where the game’s last four goals were scored. The first changing of the guard would belong to the Lady Wolverines bright and early to take their first lead.

But for Friendship/Scio, their response was even larger.

After a 2-1 Bolivar-Richburg lead was garnered, it was taken away just as quick by the hosts, as they went on to score three enormous, unanswered goals which included a pair in a nine-minute span to take the win away for good, finishing off a big 4-2 win in Friendship.

“B-R played a great game, we just happened to have some better luck on our side tonight,” Friendship/Scio co-coach Eric Weinman said. “The girls played hard, and it started with catching the right breaks and capitalizing when we did. We had defenders clear it off the line, and that’s when we started to have some of that energy go our way.”

Friendship/Scio (3-3-1) was the first to spring onto the scoreboard first after a midfield battle shrouded the field for much of the opening half, as Nevaeh Ross opened the scoring by burying a feed dished along by Lexi Crossley just past midway. The lead would hold right up until three minutes left to play, when McKinlee Harris took a feed from her sister, Madigan Harris and knocked that opportunity home to force a 1-1 deadlock at the break.

Things would begin to ramp up in what was a wild second half for the offensive side of the spectrum, especially right in the early stages when Bolivar-Richburg (4-4) took the lead right back off a penalty kick that was taken and punctuated on by Madigan Harris just 1:45 into the half.

But just as quick as the Lady Wolverines took the lead, Friendship/Scio tied the game back up again with Lexi Crossley capitalizing on a loose rebound in front off of Morghyn Ross’ initial shot at the Lady Wolverines net, sliding into the back of the net along the way to tie the game again at two.

The goal would give Friendship/Scio all the momentum they needed to help take over the game from that point on, as the offense started to click on all fronts. They would be rewarded for their efforts with three more goals in a row, beginning with the team’s go-ahead goal off the foot of Morgan Holcomb, who cemented the lead with a far post shot off a Nevaeh Ross cross to the front of the goal.

With eight minutes remaining, the time for insurance came with Morghyn Ross scoring a goal of her own, finishing off Friendship/Scio’s fourth goal off a send-in provided by Jordyn Nickerson to officially close out an incredible win for the hosts.

Friendship/Scio would go on to slightly outshoot Bolivar-Richburg by a 13-11 count, with Grace Drumm tallying the victory behind nine saves. Caitlyn Steiner would also come up with nine saves for the Lady Wolverines, who close out their busy game-stand back home tonight with a 5 p.m. first kick against undefeated Fillmore.

As for the victors, Friendship/Scio will get set for a 5 p.m. road trip to Belfast coming up on Thursday, visiting Genesee Valley/Belfast — winners of five of their first six games.

CANISTEO — A dominant display of power was showcased by the Lady Redskins of Canisteo-Greenwood on Monday, as they held visiting Cuba-Rushford in check with just a single shot’s worth of offense while they capitalized on three goals themselves in return, setting the tone for what came to be after 80 complete minutes — a 3-0 shutout of the Lady Rebels on their home field.

The Lady Redskins were simply unstoppable on their home turf, seeing all facets to their game click at every angle on the field. It would result in a dynamic performance from their defense, who held Cuba-Rushford (3-3) to a single shot across all 80 minutes worth of soccer. As for the offense, they connected with 15 shots, three of which found the back of the net, beginning past 10 minutes in the first.

Sarah Coddington was the first to get on the board for the Lady Redskins, providing a solo rush into the Lady Rebels zone at the 28:59 mark to get the team on the board and in front with a 1-0 halftime lead to work with.

From the second half on, the defense for the Lady Redskins would continue buckling down while the offense added two more hefty pieces of insurance along the way from Kylie Williamson, who scored both goals in a five-minute span near midway to ultimately put a lock on the home victory.

The one shot on goal for the Lady Rebels was set aside by Brooke Byrd in goal for Canisteo-Greenwood, recording the shutout along the way to victory. Tara Duvall would make 12 saves herself on the other end, for Cuba-Rushford.

The Lady Rebels will look to rebound back on their home grounds Thursday night, hosting Andover/Whitesville in a 5 p.m. opening kick. 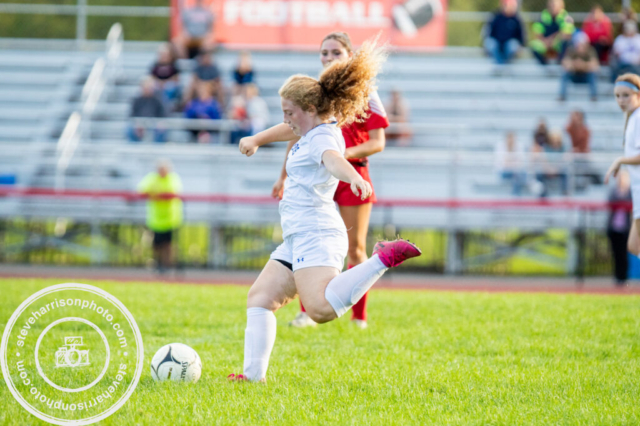 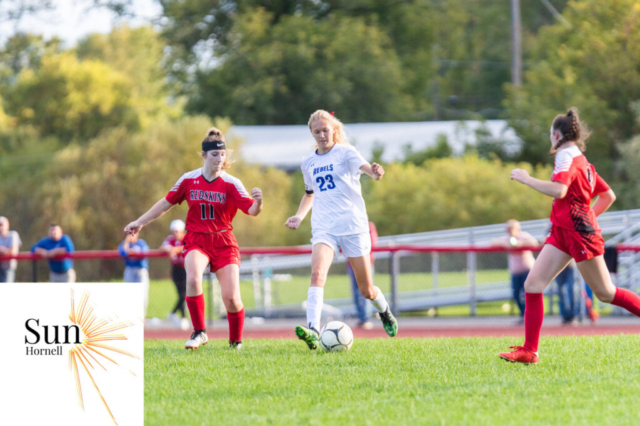 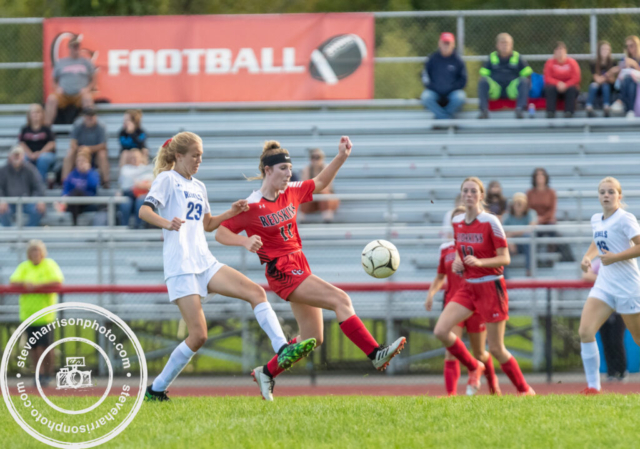 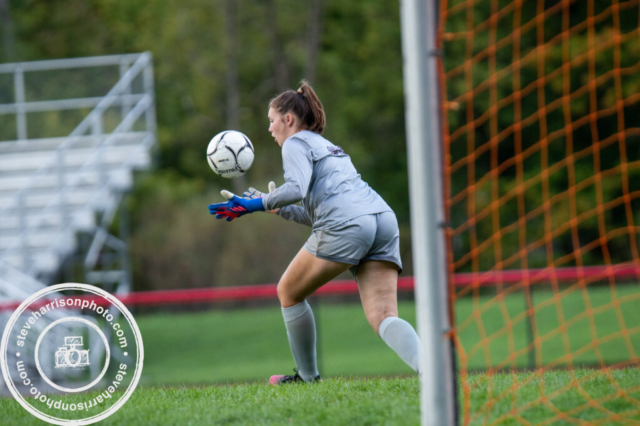 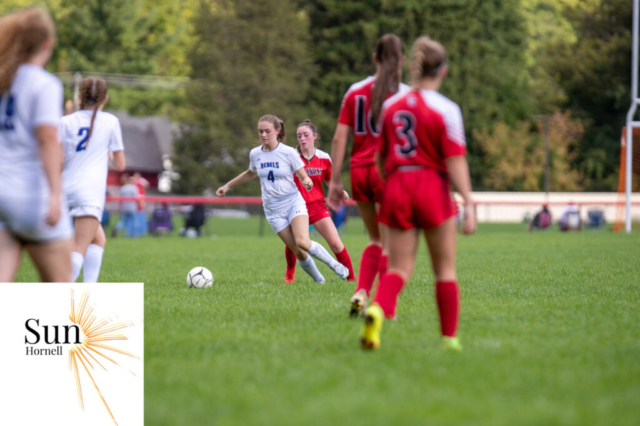 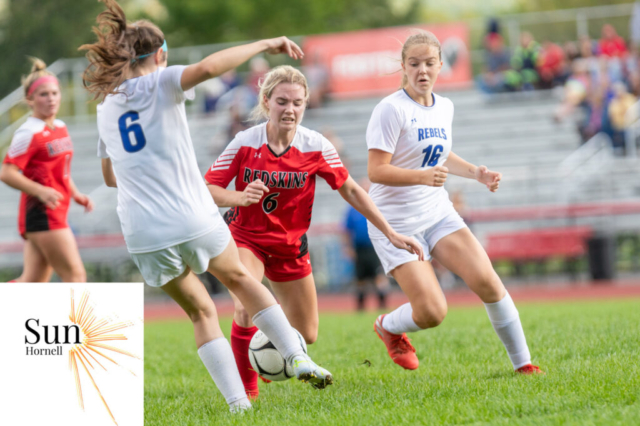 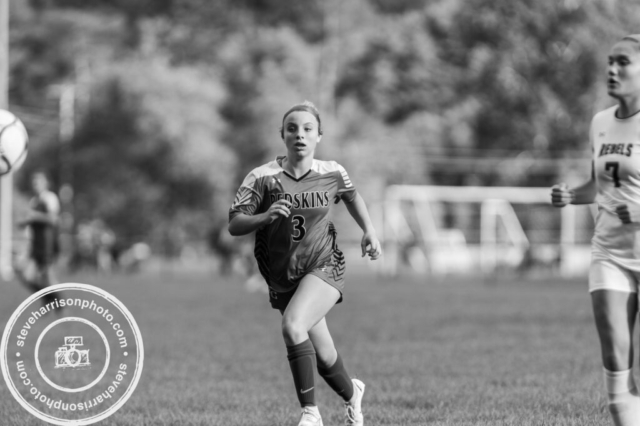 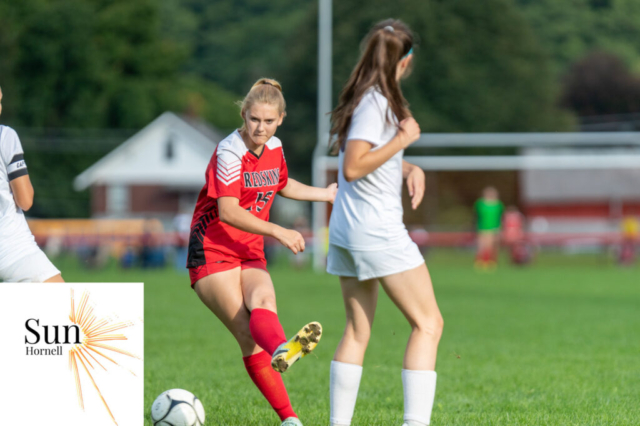 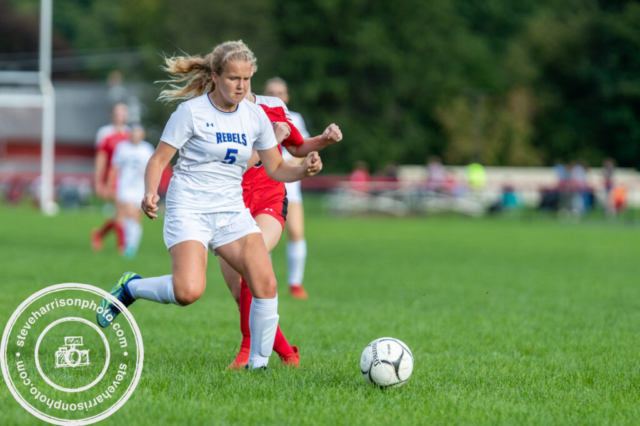 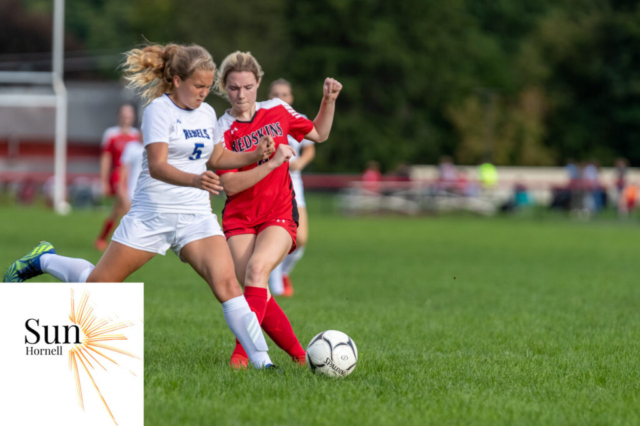