By CHRIS BROOKS, sports editor, wellsvillesports.com and @iambrooksie on Twitter

WHITESVILLE — Since their time on the Varsity level first began, the Harris sibling connection for the Bolivar-Richburg Lady Wolverines has made its impact known no matter what sport it is. Whether it’s softball during the Spring, or right now on the soccer field.

Friday night would be no different in their latest road trip to Whitesville, where the connection was made twice, including the game’s opener and a late piece of insurance that would ensure their lead until the end, as Bolivar-Richburg outlasted host Andover/Whitesville with a 3-1 victory.

Bolivar-Richburg (2-2) saw a fine opportunity to create chances in the Andover/Whitesville in the first 10 minutes of play, being awarded multiple corner kicks that they could not find a finishing touch for. Although they weren’t able to capitalize, the Lady Wolverines would build up pressure along the way to keep the hosts on their feet.

After some quick substitutions with over seven minutes remaining in the half, the pressure would ultimately find a way to burst open, as a McKinlee Harris kick from the corner right on goal and straight to a waiting Madigan Harris parked out in front, the Lady Wolverines navigated their way onto the board off of a picture-perfect trap to the far side of the cage.

The score would remain as such, but not without a phenomenal chance from Kennedy Bledsoe right at the tail end for Andover/Whitesville (0-3-1), as she carved through the Bolivar-Richburg defense to rocket a shot straight at the mitts of Kyla Gayton in goal for the visitors in white and red.

Bledsoe would eventually find the back of the net for Andover/Whitesville’s lone goal in the contest coming nearly 10 minutes into the second half, as she linked with Maddi Barona-Aiala on a play into the Bolivar-Richburg zone to tie the game at one on each side.

But the goal scoring would resume for the Lady Wolverines just past midway, as they scored the go-ahead goal and then some in a five-minute span, as Madigan Harris scored her second of the game off a Cassidy Stives pass at the 22 minute mark, and then dished along a pass to McKinlee five minutes later to put a wrap on the victory with the colossal piece of insurance.

Andover/Whitesville outshout Bolivar-Richburg by a 13-10 total count on the offensive attack, with Gayton earning the win behind 12 saves. On the other end, Olivia Waters made seven saves for the hosts.

The Lady Wolverines will head back home for their home opener beginning on Monday, as they host the Canisteo-Greenwood Lady Redskins in a 5 p.m. first kick, while Andover/Whitesville looks to rebound on the road Wednesday with a 7 p.m. trip to Fillmore.

COHOCTON — The battle for Consolation round honors was on for the Lady Lions of Wellsville at the Cohocton Sports Complex, Friday night. It was one that they would find themselves down early on to the host Lady Eagles.

But they would work their way back into the fray right before the opening half came to a close, as they forced a dead-even affair going into the second half. The Lady Lions were looking to use every bit of momentum gained from a strong finish, but the Lady Eagles had a change of plans as they pulled ahead with the eventual game-winning goal near midway, as they squeezed past Wellsville with a 3-2 victory.

Within the first 20 minutes, Wayland-Cohocton was the first team to reach the board first, with their opening coming at the seven minute mark from Molly Robbins, connecting with a feed provided by Jordan Gammell to break the ice. Gammell would then find the board herself near midway, executing an unassisted marker to branch out the lead by a pair.

But the Lady Lions (0-3-1) wouldn’t close out the first half without having a say, as they tied things up with a pair of markers of their own from both Lauren Viglietta and Kaylie Fuller. Morgan Spicer would chip in with a helper on one of the goals for the Lady Lions.

The tie would hold up near the midway mark of the final half, when Wayland-Cohocton found their way through the Wellsville defense one more time with a goal from Madelyn Cartwright off a Brooke Lander assist.

In all, 35 total shots were collected, with the Lady Eagles earning an 19-16 lead in that department over the Lady Lions. In between the pipes, Madison Thompson and Makenna Dunbar combined to record 16 of those stops.

Wellsville will return home to the Den to host their home opener after the weekend, as they welcome in the Lady Eagles of Fillmore for a 7 p.m. opening kick on Monday.

BELMONT — On the rebound after dropping two of their first three games to the hands of Houghton Academy, Genesee Valley/Belfast was looking to enter the weekend on a positive note. Cuba-Rushford on the other hand, wanted to build momentum entering Saturday night’s Memorial Tournament title game in Scio.

Friday night in the Jungle, something had to give.

That would come in the first 40 minutes, and from two players who took care of the ball all by themselves — Justin Hill and Evan Turybury, as both buried big shots to help get Genesee Valley/Belfast established on their feet, using their defense to hold down the fort in the last half to complete a 2-0 shutout against the Rebels, in Belmont.

“It was 2-0, but we missed unbelievable opportunities that we just couldn’t finish,” said GV/Belfast coach Mark Sullivan. “22 shots and 11 corner kicks, and we only scored twice. We played solid defense, I have to give my team credit for that. Thai (Norasethaporn) made some great saves to keep us going early to keep it close. But we shut the door after we got on the board, in the second half.”

Hill was the first to strike for Genesee Valley/Belfast (2-2), as he was given a big corner kick opportunity to handle. With it, he was able to garner the right angle, and the right power to lift the ball into the Cuba-Rushford net all by himself, curling into the corner to break the ice for the hosts with the early lead.

The advantage was extended by a pair, insurmountably, with Turybury jarring the ball loose from the Rebels (2-1) defense near midfield, busting loose into the offensive zone all by his lonesome to dock a big goal — one that would ultimately give Genesee Valley/Belfast the room they needed to lean on their defense in the second half, securing the rebounding win.

Genesee Valley/Belfast would outshoot Cuba-Rushford by a 22-7 count, with Thai Norasethaporn making all seven stops to earn the shutout. On the other end, Jack Frank was active in between his posts for the Rebels, putting a stop to 20 shots. Cuba-Rushford will make their way back to Scio tonight to vie for this year’s Memorial Tournament championship with a 7 p.m. battle against Bolivar-Richburg waiting in the wings.

As for the victors, Genesee Valley/Belfast will now have the next several days off until their return Thursday night, as they head back to the Jungle in Belmont for a 7 p.m. fight with the Fillmore Eagles.

BELMONT — With a slow go out of the gate early on against host Genesee Valley/Belfast on Friday, the Lady Eagles of Fillmore would make up lost time fairly quickly, punctuating a dominant second set of action that would allow them to glide their way towards victory with wins in the next three sets by a 16-25, 25-9, 25-14, 25-17 count.

Powering the attack for the Lady Eagles (2-0) was a highly-successful run from the service line. Zoe Hubbard ignited that fuse with a fantastic night of her own, garnering a team-high 10 aces. Furthering the cause was Emma Beardsley, who added in eight service points and six aces to go with six kills on the frontlines. Skylar Gaddy had four more aces to chip in, pairing them with a duo of kills.

Fillmore will go for three straight wins to start the young season after the weekend, as they head back home to host Arkport/Canaseraga in a 7:30 p.m. first serve on Monday. 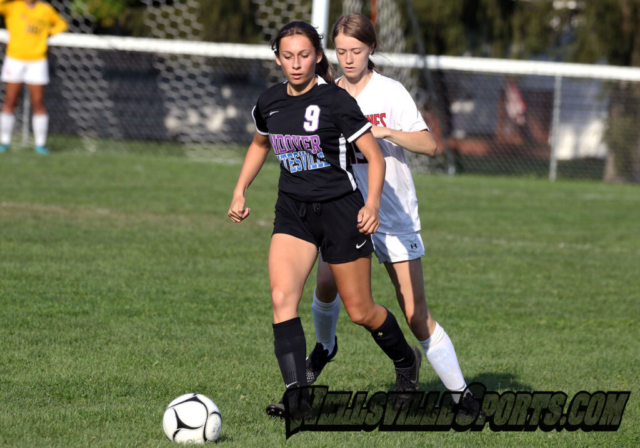 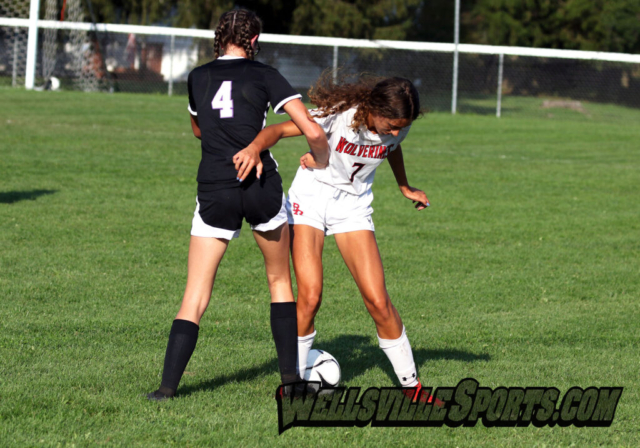 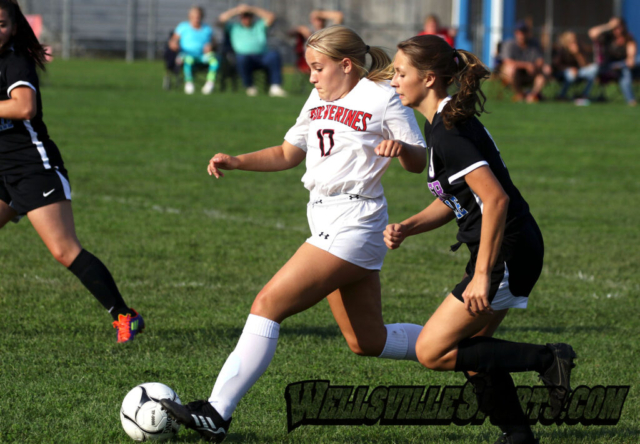 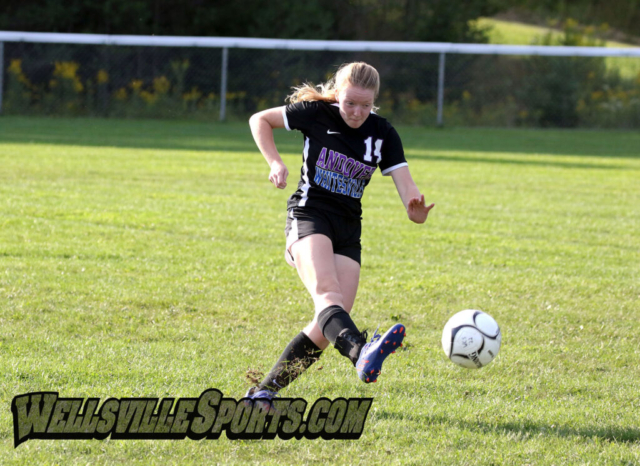 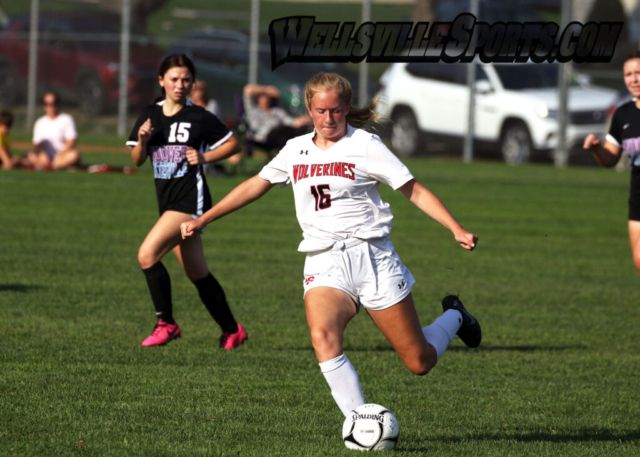