WELLSVILLE — Senior softball players from schools in Steuben, Allegany and Cattaraugus counties will play against each other in an Exceptional Seniors game TONIGHT (Wednesday, June 8) at 6 p.m. at Tullar Field.

The game was going to take place in 2020 but the pandemic ended the season for all teams before it started. With players only allowed to play in the sectionals last year, no games were held once again.

This year, the game will feature outstanding players from the three-county area who will be placed on opposing teams.

Friendship-Scio softball is off to Long Island for the New York State Final Four on Saturday. If they win in the semi-finals, they play the same day in the finals.

There will be a SPECTATOR BUS to the Softball Championship Tournament on Saturday. Seats are $40 and will be on a first come-first serve basis. Follow this link to get all the information and to register.

SALAMANCA — One week removed after the team captured their first Sectional title of the Bill Nolan era against Avoca/Prattsburgh, the Eagles of Fillmore looked to take it one step further. To a point where the program had not returned since 2000, when they last won it all in Section V until this season.

The Class D Champions captained a heroic defensive effort over the Titans to capture Section V bragging rights outright, setting the stage for a chance to move one step further Saturday afternoon in Salamanca, where they did battle with one of Section VI’s best — Clymer/Sherman/Panama.

A trip to Broome Community College in Binghamton was up for grabs. The question remained — who was going to take it?

For the majority of the early stages, the Wolfpack ignited a fuse with a run in each of the first three innings to account for a lead that they held onto dearly. That was until the top of the seventh during Fillmore’s final at-bats where the pressure was higher than ever before, cashing in on their biggest chance to do damage by cutting their deficit to one, down to their final out.

But in the end, the Wolfpack remained tall in the field. After a quick conversation on the mound on the two-run hit by the Eagles offense, they would manage to re-freeze them back at the plate one last time, capturing a flyout to deep right field to end the last-second threat and lay claim on this year’s Class D Far West Regional title in what was a season-ending 3-2 defeat for Fillmore.

“I loved the fight and the spirit the kids showed at the end. That was great to see,” Eagles coach Bill Nolan said. “We certainly had our chances to get on the board, but we couldn’t find the hit when we needed it. That double play gave us a kick in the rear ends a little bit, and it really got us going in the end. We could defensively, but could we have done it on offense? We almost did. We hung right with them until the end.”

The first inning was filled with some early-bird fireworks between both offenses, with the Eagles (16-4) starting their first tenure off hot with both Alex Ellsworth and Zach Sisson reaching on back-to-back laser beams into the outfield with one out. But the next two batters would go down in order, with the same trend occurring during the team’s second outing at the plate.

As a result, Clymer/Sherman/Panama would cash in on an early 2-0 lead on Fillmore, with a Micah Willink RBI double starting things off in the home half of the first, and a Trent Burchanowski solo shot to deep left center field in the bottom of the second.

Despite rapidly falling behind after a 3-0 lead for the Wolfpack after three complete innings, Fillmore would not allow anymore runs to come across, as they buckled down their defensive stature to hold them scoreless until the end. Nolan says that the credit goes to their impressive displays of composure to keep themselves within reach.

“They were great. They didn’t panic, and they never showed any panic,” he said. “They showed up, and they played baseball the way that it’s supposed to be played. They stayed with it, and they wound up giving them a game. (Nolan) Krzeminski made some great catches in center field, the double play in the sixth that was set up by Jude’s (Beardsley) throw, was on the money. Our defense was great, and I’m proud of them for that.”

That double play, was a slew of throws around the Fillmore infield in the bottom of the fifth inning. With the lead runner standing on first, the Fillmore infield took care of a ground ball which Zach Sisson collected. The throw to grab the force was recorded at second before a second throw back to Sisson from Brent Zubikowski went behind the bag and to the fence.

The Wolfpack runner then made a full-speed sprint towards second, but was ultimately met his untimely demise by the swipe of Zubikowski’s glove one more time after a cannon of a throw by Beardsley to record the 3-6-4-6 double play to end the inning.

That would give Fillmore a burst of energy for when the last jog down the stretch approached in the top of the seventh. During their last call at the plate, the Eagles would pull no stops on a fatigued Gabe Roth on the mound for the Wolfpack. With their final chance to erase the game-long shutout, they would begin their last at-bats with singles off the bats of Damon Potter and Nolan Krzeminski.

The potential shutout bid was officially erased by Zubikowski, driving a two-run single which saw a throwing error by the Clymer/Sherman/Panama defense along the way, allowing both runners to come across, now posing the Fillmore junior as the team’s game-tying run at second base.

With one more out left to grab, a quick pause in the action by the Wolfpack to talk things over.

Shortly after, the end of the game, as Roth managed to put the finishing touches on his complete game with a fly-out to deep right field to capture the Far West Regional title for the Wolfpack by evading Fillmore’s greatest threat. In all, the Eagles would fall victim to the Clymer/Sherman/Panama defense a grand total of nine times with runners of base.

A stat that Nolan says is absolutely crucial to the game.

“It’s the most under-stated stat imaginable in baseball,” said Nolan. “The runners left on base is huge, especially at this stage in the game. We started with two bullets out into the outfield, and then moved them over with a bunt. We did that twice to start the game, but we just couldn’t find that third hit to cash in on with the big guns at the plate. We had our chances.”

Fillmore garnered both runs in the seventh inning off nine total hits across the contest, with Ellsworth and Luke Colombo leading the offense with a pair of singles each. On the mound, Potter received starting honors, going into the third inning with a strikeout and walk. Colombo would wrap up shop with four innings of relief, fanning four and walking two of his own.

A remarkable and long-awaited season for the Fillmore Eagles is officially over, as Allegany County’s last baseball team standing wraps up their 2022 campaign of historic value with a record of 16-4 overall, finishing with their first Section V Championship in 22 years — a title that Nolan himself has captured for the very first time across his entire 40-year coaching career at Fillmore.

Looking back after having experienced all the glory for the first time ever, he says that it was the most enjoyable experience that he’s ever had coaching.

“It’s a great spectacle to be a part of, and this has been so much fun sharing the season that we had with this group of kids,” the 14-year coach said. “There was so much enthusiasm, not only on our side but for everyone involved. Even the umpires had big smiles on their faces for perhaps their biggest day of the season. We enjoyed being here, along with our fans. Unfortunately, there has to be a loser in these types of deals, but despite that, this was a great experience.”

As for the future outlook? — The majority of the team will be back to do it all over again for another time that Nolan is already looking forward to counting down. But in 2023, they’ll have to do it with four of their Seniors outside of the picture, as they prepare to walk across the stage in a matter of weeks.

The Eagles will officially say their goodbyes to three of their Seniors: Larry Walinski, and two of their biggest pieces to their Sectional success this year — Graham Cahill and Alex Ellsworth, who led the program to glory over Avoca/Prattsburgh back on Tuesday at Keshequa.

“I’m already looking forward to seeing what we can do next year. Almost everyone will be back again,” he said. “I might take a day off before going back to the drawing board on Monday. Our Seniors showed so much leadership this year, and I will miss them. Especially our two studs who ended up getting us to this point in Graham and Alex. There is no ceiling for the value that those two bring to the table. They were critical to our success, and it paid off. But all good things have to come to an end. We just have to find a way to move on.” 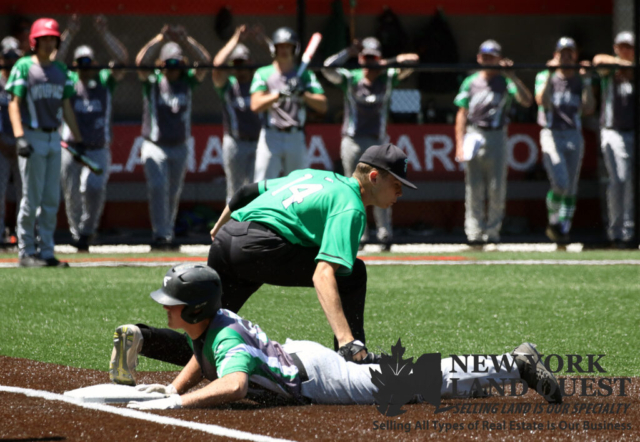 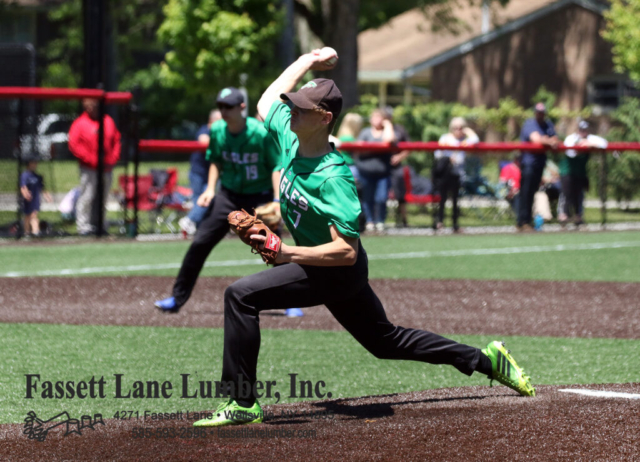 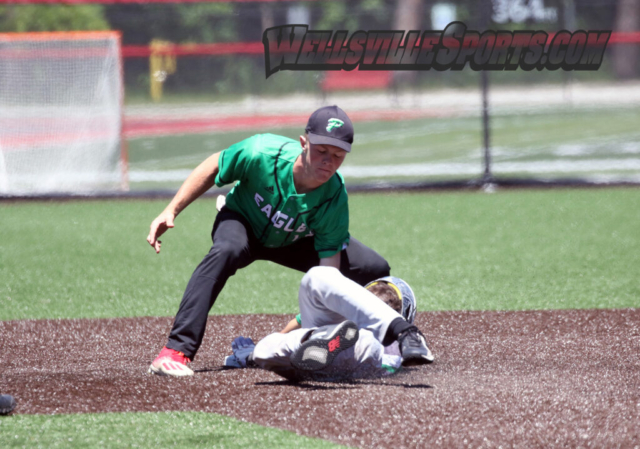 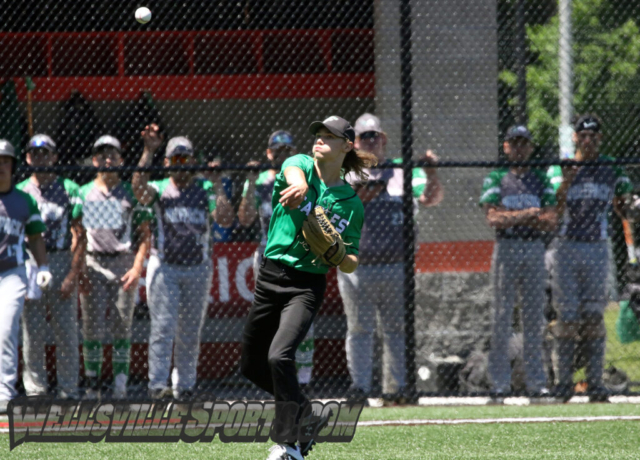 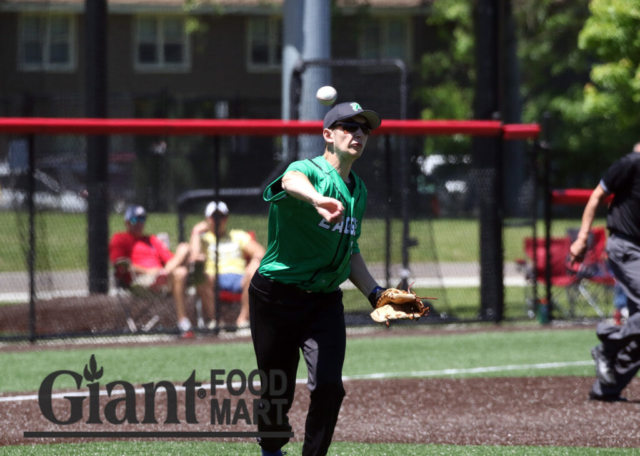 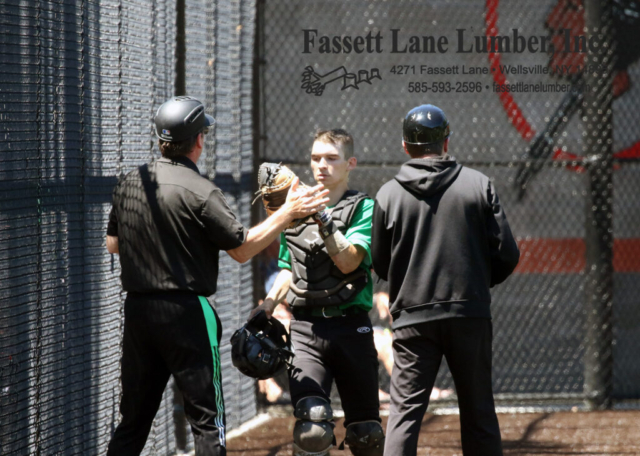