John Urban, one of the more creative and innovative jewelers of the Celtic Renaissance, will be honored at an open house reception at Walker Metalsmiths in Andover, NY on Thursday, June 9, 2022. Urban, now 76 years old, reached out to Steve Walker with an offer of his legacy designs, molds, master patterns and copyrights, so that his life’s work will continue beyond his own time at the workbench. Urban began making jewelry in Montreal in the 1970s before moving to the tiny village of Brennan’s Hill, Quebec on the Gatineau River, north of Ottawa.

Like so many others who practice Celtic art, John Urban is a great storyteller. In early May Steve Walker along with videographer Nick Davis visited John and recorded him. Walker returned with around 350 molds for Urban’s designs of interlaced Celtic animals, iron age style spirals and complex knotwork. Urban was well known for his rings, but also made pendants, earrings, and bracelets. Davis brought back several hours of video and many still photos of the artist and his environment.

When John visits Andover for the reception, this process of documenting his legacy will continue. Urban tells, “In 1972 an incompetent garage mechanic intervened to change my life from sculpture to Jewelry-making. The mechanic didn’t put the correct antifreeze mix in, and during a bitter cold spell, the engine block split. I was left with no means of transporting the large chunks of raw soapstone I needed for the sculptures I was doing.” He then shifted to making jewelry with bone and shell material, eventually moving on to precious metals. 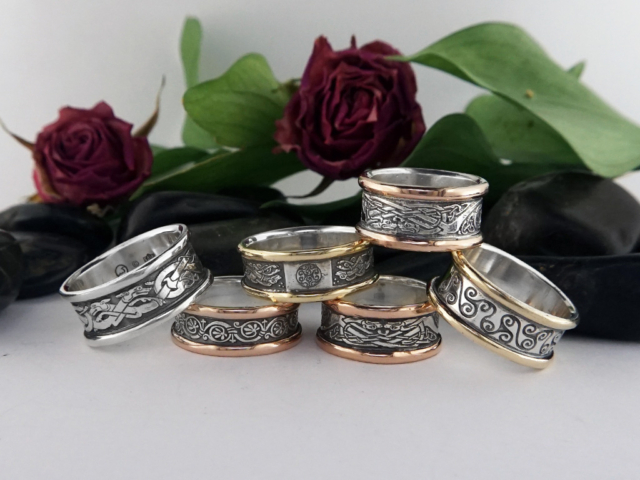 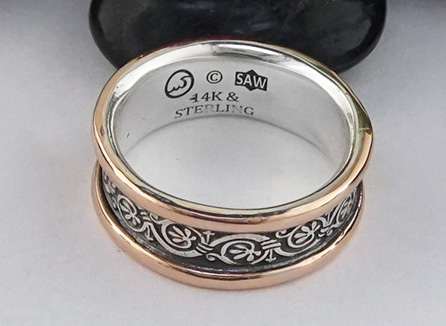 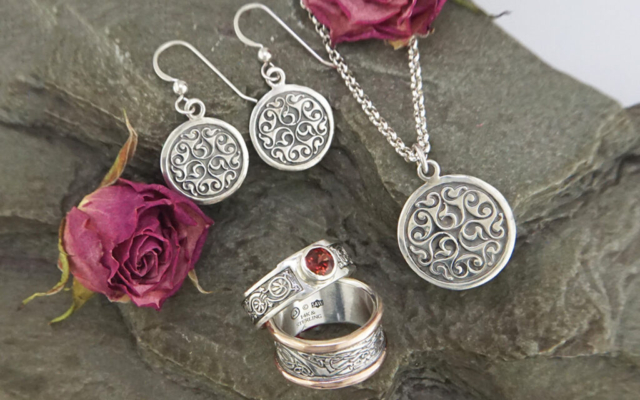 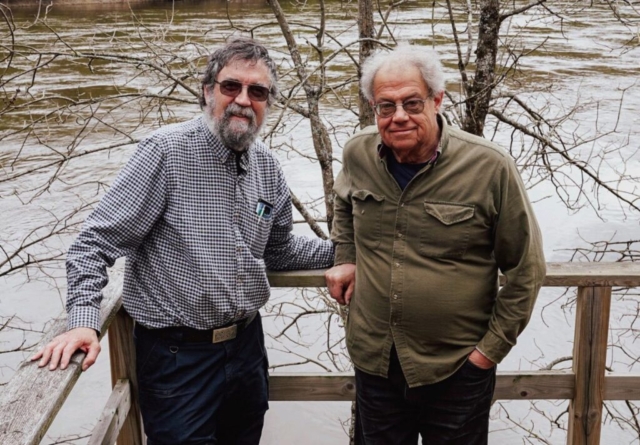 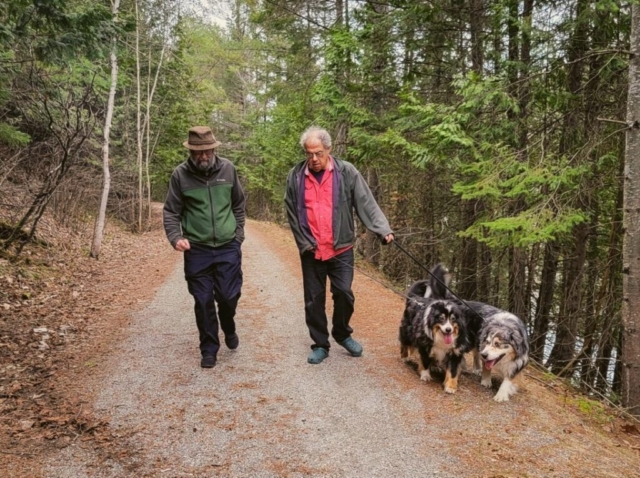 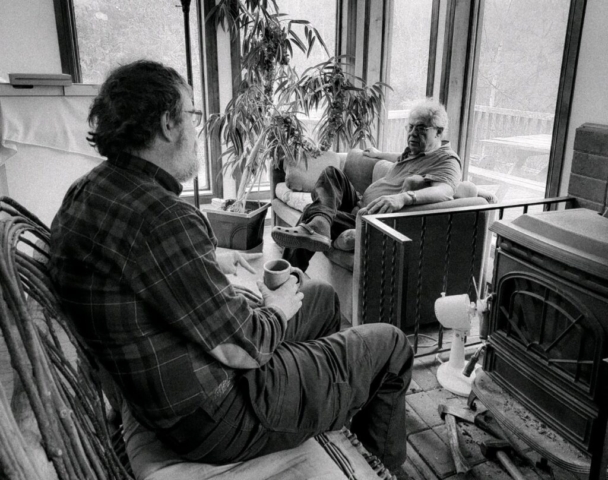 Walker and Urban first met at the Glengarry Highland Games in Maxville, Ontario in 1998. They became better acquainted through a robust internet forum for Celtic artists which began on June 9, 2000. That day has since been designated the International Day of Celtic Art. It is in observance of Celtic Art Day that this date was chosen for the reception.

As awareness and appreciation for Celtic design increased in the late 20th century, many people imagined finger rings decorated with the interlace design tradition. These were very rare at the time. Both Urban and Walker had early customers who had never seen a Celtic design ring yet had already imagined it. Steve Walker recalls, “In the 1990s we both were having customers say, ‘I have been looking for these rings for years. Where have you been?’ This happened all the time before people started shopping on the internet.”

The 1990s saw an explosion of interest and appreciation for Celtic design for both artists and the public. THE WORK OF ANGELS; MASTERPIECES OF CELTIC METALWORK, Exhibition in 1989 renewed enthusiasm for the splendor of the tradition. The national museums of Scotland and Ireland along with the British Museum collaborated to feature the best Celtic jewelry and fine metalwork in their collections. The touring exhibit and accompanying book inspired the audience as well as new makers working with Celtic themes. Another book, CELTIC ART; THE METHODS OF CONSTRUCTION by George Bain was also enjoying success after its re-release in 1973. This how-to textbook by a Scottish art teacher called for a Renaissance of Celtic Art. Originally published in 1951, Bain’s timing could not have been much worse. Sales of the earlier editions were very poor. It was several years after his death in 1968 that the Renaissance he had worked for came to be.  Bain’s book is often credited as a breakthrough of inspiration and instruction for contemporary Celtic artists working today.

The reception is an opportunity to hear John’s stories firsthand, with refreshments and an exhibit his jewelry designs. will be from 4 to 7 PM at Walker’s jewelry store at 4 South Main Street in the Village of Andover. Urban’s designs will also be featured at www.WalkersCelticJewelry.com.