WELLSVILLE — On Wednesday, the Lions rang in Senior Night with their final home match of the regular season with Campbell-Savona in for a visit. And what a match it was, with multiple bouts seeing back and forth exchanges that could have gone in either direction.

After the smoke cleared and the battle was over, the night belonged to the visiting Panthers, as they were able to survive with a pair of singles and huge first doubles victories in the end to sneak out of town by playing spoiler with a 3-2 victory over the Lions.

Wellsville (4-6) saw Matt Bittel come away with one of their two victories in the match, as he fought his way through a tight first-set tiebreak against Campbell-Savona’s Nicholas Reed, and coasted towards the straight-set, 7-5, 6-1 win.

The Lions final win came from their second doubles team of Mohamed Ahmed and Keaton Sharpe, as they battled back and forth through both sets to come away as winners with a 6-2, 6-4 win.

In perhaps the match-deciding battle at first doubles, both Wellsville and Campbell-Savona would split a tiebreak through the first two sets, with the Panthers grabbing the first over Adam Iantorno and Hua Qui Zhang before they responded with one of their own to force it towards a third and final set.

That would help provide a strong finish for the Panthers doubles team of Ethan Enderle and Trentyn Grant, as they rolled their way towards a third-set shutout to lay claim on a 7-6, 5-7, 6-0 decision to capture match victory in the end.

Wellsville will get set for Sectional play, which begins next week.

LIMA — Ethan Davenport was a one-man wrecking crew for Friendship/Scio on Wednesday, as he delivered epic performances at both the plate and on the mound, charging up a big road win after six innings over host Lima Christian by a 13-3 count.

Friendship/Scio (6-9) was able to connect with a quick start that they were able to build from, as they scored a pair of big innings on offense beginning in the first, setting the tone right away against the Saints with a seven-run frame that gave them the room they needed to secure the victory.

Davenport was absolutely solid on the hill keeping Lima Christian at a standstill across all six innings, as he struck out a season-high 13 batters to go with his one walk, holding the Saints to just five hits on offense while he provided the jet fuel in turn at the plate, going 3-for-5 and driving in five total runs.

Kody Marvin helped the cause with three hits himself, driving in a run. In all, Friendship/Scio’s offense produced 13 runs off 17 total hits, scoring a quick 7-0 lead before ending the night with their last six runs coming in the visiting half of the sixth.

There will be a quick turnaround tonight for Friendship/Scio, as they head down the road to Belmont to face host Genesee Valley/Belfast in a 5 p.m. first pitch.

RUSHFORD — Time is beginning to wind down for all four of Fillmore’s Seniors – Will Roeske, Isaac Sylvester, Emma Cole and Haley Hall. With Graduation just a little over a month away, they hit the course for one of their very last times together on Wednesday to celebrate the annual night of dedication and reflection – Senior Night.

Turns out, that very same night would also be the time where Fillmore officially put their fifth straight bow on the Allegany County Championship, as the four Seniors were sent out with style by taking a balanced effort across the board and using it to fuel a 37.5-17.5 victory over Genesee Valley/Belfast at Allegany Hills in Rushford.

“It was a great night of golf with GV/Belfast,” said Eagles coach Tom Parks. “The weather was perfect. Both teams have a large number of players, so in addition to the normal match, we had an exhibition as well with our practice squad, so everyone was involved tonight. Reid (Cockle) had a really nice round tonight as our medalist, and overall our scores were very similar. On any given night, we don’t take any crazy low scores that will knock your socks off, but at the same time no one blows up and takes costly high scores.”

Cockle fired the medalist round to pace the Fillmore (8-0) scorecard, as he earned the top honors with his team-low of 48 to help set up shop. Haley Hall and Will Roeske followed with rounds of 53 and 57 respectively. Isaac Sylvester pitched in with a 59, and Anderson Wiltsey rounded off with his round of 60.

Genesee Valley/Belfast (4-7) was led by a team-low round of 58 from Will Guilford. Addy Herring collected a 60. Deric Grantier and Chris Weaver each provided a 61, while Dakota Hemphill rounded off with a 63. The JagDogs will head back home to the Wellsville Country Club today for a 4 p.m. tee time slated against Arkport/Canaseraga.

As for his Seniors, Parks said he feels very fortunate to have been their coach.

“I’m very proud of our Seniors,” he said. “Haley has been here the longest, and she’s our “Ms. Consistent.” Isaac spent all of last year on our practice squad, and he’s been in every match with us this year. This is Will’s first time out with us, and he’s playing like a veteran. Emma found her way into our match roster this year, and I have been very fortunate to have been able to coach her in all three sports seasons this year. I am so thankful to have been their coach.”

Fillmore will also return to the links today with another 4 p.m. tee time back at Allegany Hills, as they host the Lions of Wellsville.

BOLIVAR — Despite the medalist round being recorded by the Bobcats of Hinsdale, host Bolivar-Richburg brought everything together to provide a even-balanced scorecard, with Parker Worth shooting his best round of the season to lead the Wolverines towards a victory on their home turf, a 33-22 decision over Hinsdale at the Bolivar Golf Club on Wednesday.

Worth led all Wolverines (3-4) on the links with his team-low round of 49. Roman Johnston followed up with a round of 57. Ryder Easton and Ryan Greeson concluded with rounds of 60 and 61 respectively, while Anthony Donoghue rounded off the home scorecard with a 65.

Hinsdale (2-7) was led by the medalist round of 48, which was shot by Parker Keenan.

Both teams will wrap up the home-at-home series today at the Ischua Valley Country Club in Franklinville, beginning at 4 p.m. 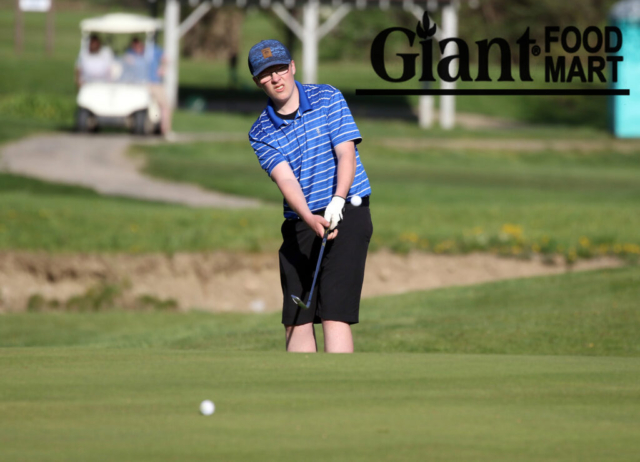 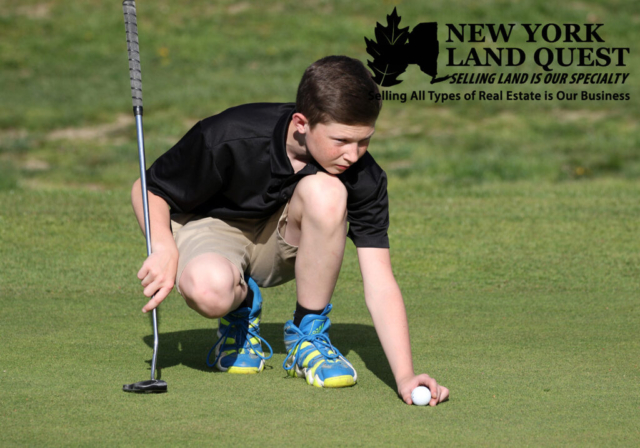 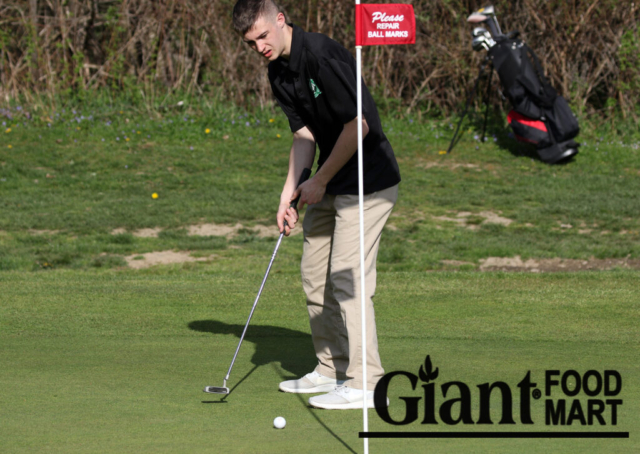 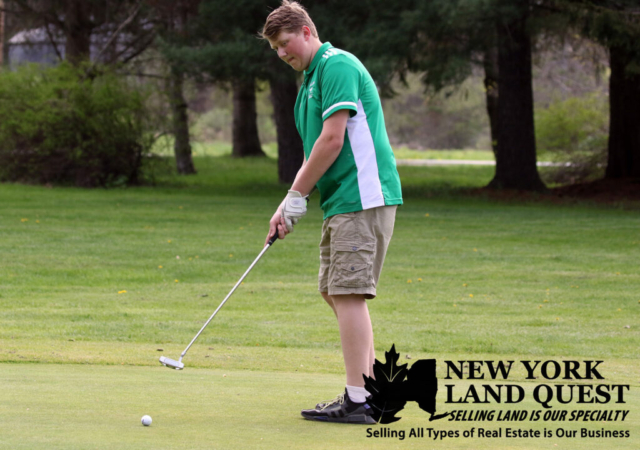 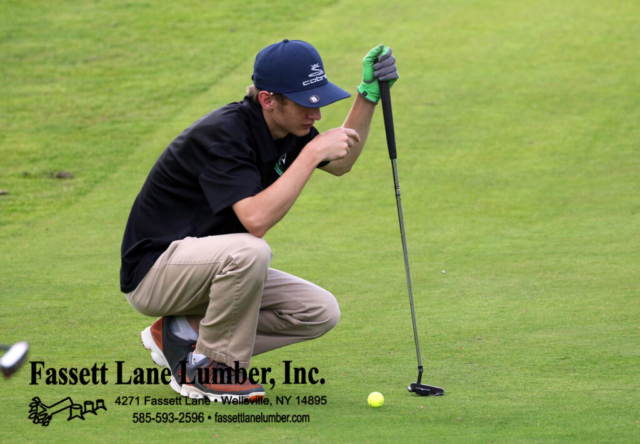 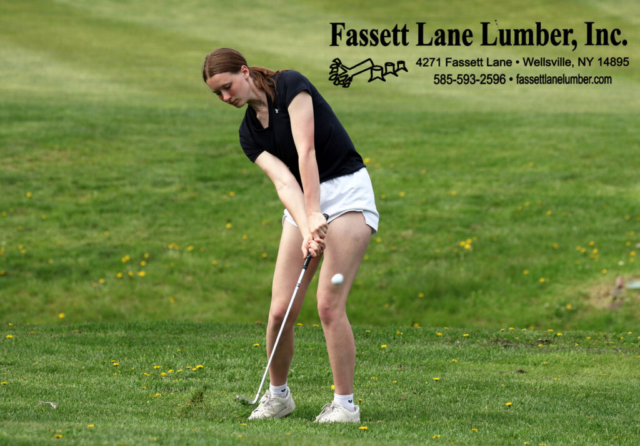 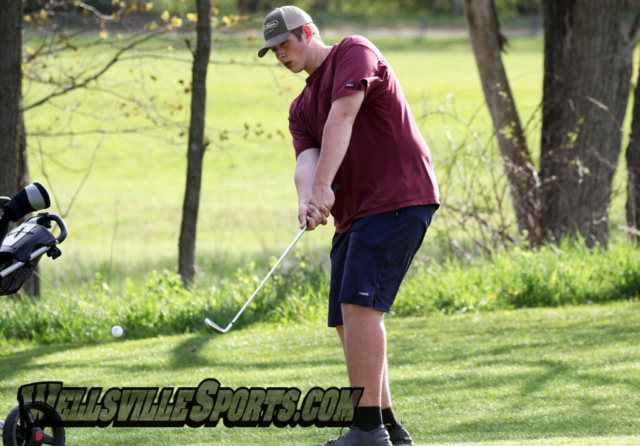 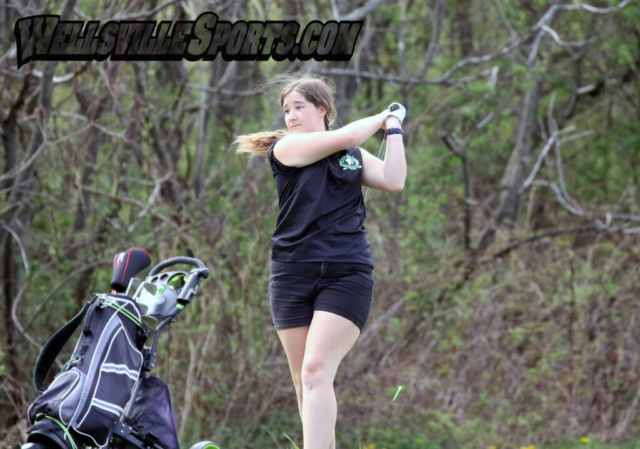 With Cuba-Rushford in town for a visit, the hosts wasted no time capitalizing on the opportunity to break down the door. After a 1-1 tie through the opening at-bats, the Lady Wolverines found their rhythm from that point on by scoring the next 16 unanswered runs to pull away and out of their reach to take a 17-2 win in five innings.

After the Lady Rebels found a way to break it open in the opening frame with the game’s first run, Bolivar-Richburg (13-1) would soon take over from there, as the team scored 17 straight runs to springboard ahead into the driver’s seat, 10 of those runs coming in the bottom of the fourth to push their lead insurmountably, ultimately forcing the 10-run rule.

Three different hitters recorded at least a pair of hits and a pair of RBI to lead the offense for Bolivar-Richburg, with Jessica Majot charging the efforts with a 3-for-4 outing to go with a triple, three RBI and three runs scored. Malayna Ayers added in two hits of her own, driving in three more runs while scoring twice, while Haley Mascho had two hits, three RBI and three runs scored.

In addition to the offense’s success, Maddy Thornton drove in a pair of runs, while McKinlee Harris provided a triple. Harris would also go forth to collect the victory from within the circle, handing out three chairs while holding Cuba-Rushford (4-10) to just five hits in the complete game triumph.

On the other side, the Lady Rebels were led by Lillian Forward, who had two of the team’s five hits, driving in one. Aubrey Williams chipped in with a double. On the mound, Sydney Howard struck out one and walked three in her three-inning tenure. Cuba-Rushford will get set to visit Fillmore for a 7 p.m. first pitch on Monday.

Bolivar-Richburg will now prepare to hit the road on Friday, visiting Andover/Whitesville for a 6 p.m. contest in Andover.

FRIENDSHIP — The Friendship/Scio ladies struck every chord in their return to the field back home on Wednesday, as they successfully rebounded from their narrow defeat to the hands of Avoca/Prattsburgh on the road with a massive 21-0 shutout in five innings over visiting Lima Christian, in Friendship.

Stats and a complete box score were not made available upon publication.

Friendship/Scio (11-4) is back in action tonight back over the road in a 5 p.m. first pitch against Genesee Valley/Belfast in Belmont.

Opinion: Wellsville schools should be going remote due to Covid-19