Other than the old Wellsville Baseball Showcases set up by Dennie Miles in the 90’s and 2000’s, the Wellsville baseball field has never seen as many Major League Baseball scouts as the ones who turned up on Tuesday.

They were in attendance to see Portville’s Maxx Yehl, a 6-foot-6 left-handed pitcher who has been clocked as high as 92. Against Wellsville on Tuesday, Yehl threw 93 out of the stretch in the second inning.

He was on a 40-pitch count and threw two innings, striking out seven and issued two walks. Yehl signed a Division I scholarship to pitch at West Virginia.

The day was also unique as Wellsville freshman Ty Vogel was throwing 84 on the Cincinnati Reds radar gun. It was the first time anyone could remember two pitchers squaring off with speed in the 90’s and mid-80’s in a high school game in Wellsville.

When Yehl left the game in the third, the scouts packed up and left.

The seniors from the title team were in attendance to throw out the first pitch.

Here is the game story and photo gallery from Chris Brooks, the sports editor of wellsvillesports.com

WELLSVILLE — For the second time in three games, the Wellsville Lions were faced with a monumental task.

After falling to the hands of Section VI perennial Portville over the road at Allegany-Limestone to begin their season, the two foes would meet again for the final time just two games later in Wellsville. The pitching matchup was no slouch: Portville’s ace and Division I-commit Maxx Yehl, against one of Wellsville’s young trailblazers in Ty Vogel.

But there were certain elements in their first meeting that didn’t change. Perhaps the one that stood out from the rest was the relentless efforts from the Panthers offense. On Tuesday, they did it again to the Lions, starting off faster than ever with a hot start that they ultimately never looked back on, forcing the 10-run rule after six innings to complete the season sweep of Wellsville with a 13-3 road win.

Portville started the night off red hot in the opening frame, scoring an early 3-0 lead with Luke Petryszak and Luke Petruzzi providing the runs, with Petryszak singling past Cody Costello at short, and into left field for the RBI, while Petruzzi drove in a pair on base on his double into center field. The three runs were scored with one out on the board.

But some resilience started to show for Vogel on the mound for the Lions (1-2), as he recorded back-to-back strikeouts to get the defense out of the jam. Vogel would record all three outs with his arm, finishing with five for the game to go with three walks across his three-inning start.

The Lions would score their first run of the game in the bottom half to cut their deficit down to a pair by using some excellent baserunning. With Vogel reaching on a dropped third strike with two outs, the ball rolled to the backstop where Portville looked to provide a throw for the out. As the throw was made, Jere Havens left third and went home with nobody home to cover to score on a big heads-up play.

But two runs would be as close as Wellsville would get to Portville for the remainder of the game.

From the second inning onward, the Panthers built to their lead, cashing in on the majority of everything they saw on offense. In the next two innings, they would score four more runs, three more coming in the second led by a Michael Cole bloop single into left, a bases-loaded walk and a sacrifice fly to deep left field by Maxx Yehl.

After Nate Petryszak added to the lead in the third, more damage was done after Wellsville handed the Panthers their first scoreless inning of the game, as they scored the last six runs in a row to eclipse double figures for the game, with Cole and Luke Petryszak each grabbing RBI hits to further the team’s cause, including another double for the latter.

In the midst of Portville’s attack, the Panthers were holding Wellsville hitless at the plate. That was until the final at-bats of the evening for the Lions, when Vogel led off the bottom of the sixth with a single to break up the combined no-hit bid by the visitors in maroon. The Lions would go on to score two more runs through some more special teams on the bases, including a Dylan Culver fielder’s choice to plate Vogel, to chip away at their deficit before Portville put the game away for good.

Jere Havens added some help on the mound in relief, finishing the game with six strikeouts and two walks in his three innings.

Before the game, the Lions welcomed back all five of their Seniors from last season’s Class B2 Championship-winning team — Dominic Sawyer, Alex Ordiway, Brayden Delahunt, Liam McKinley and Tim Jones, to help unveil the team’s newest baseball plaque on the fence in the outfield. The five seniors also threw out ceremonial first pitches to members of this year’s Lions team.

The Lions will look to regroup and bounce back before Spring Break kicks into gear, as they prepare to host Cuba-Rushford in a 5 p.m. first pitch on Friday. 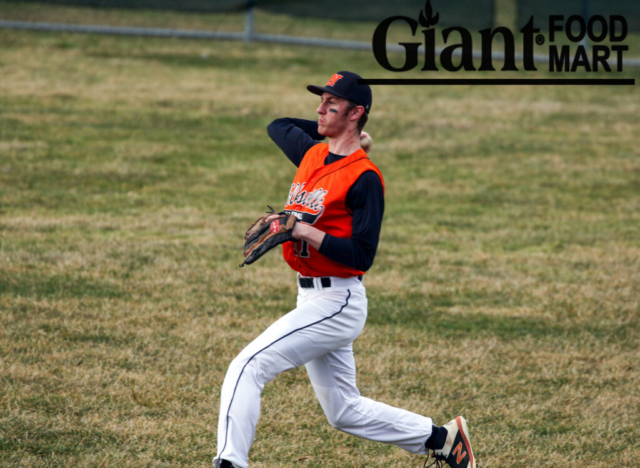 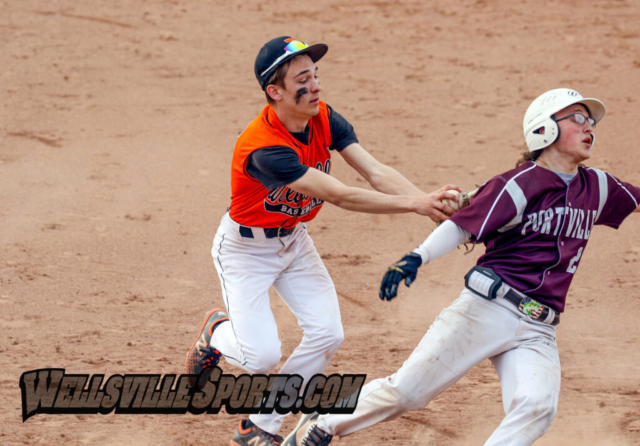 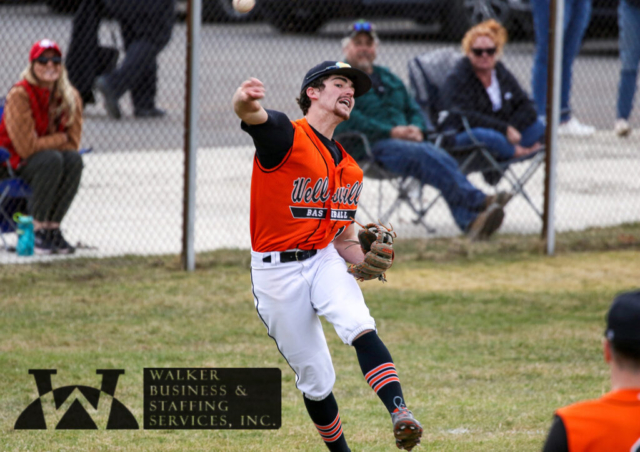 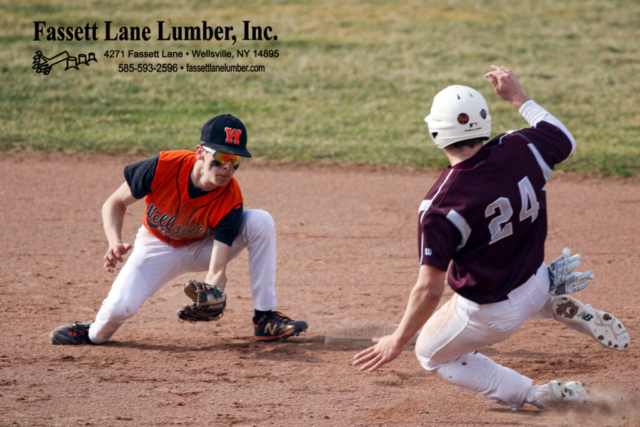 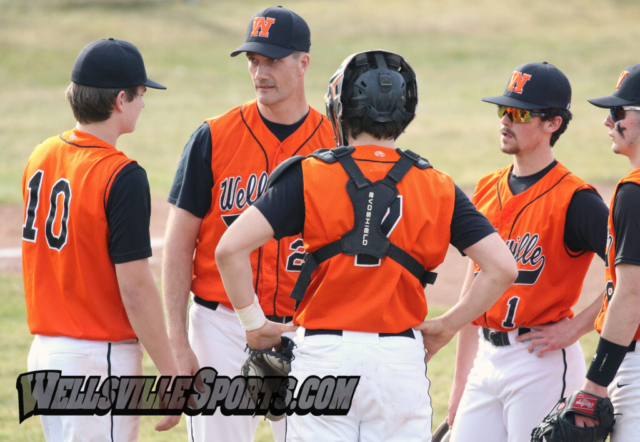 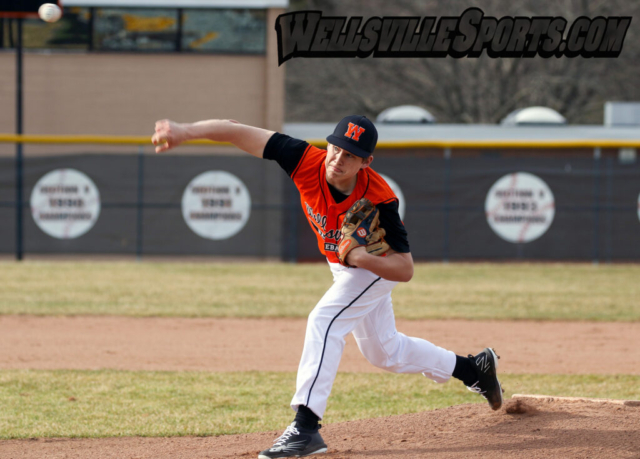 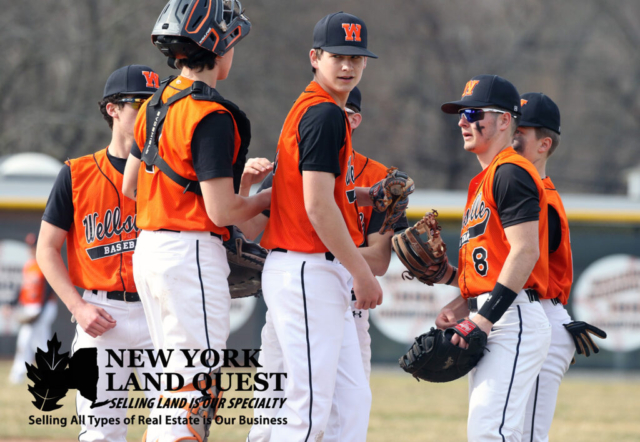 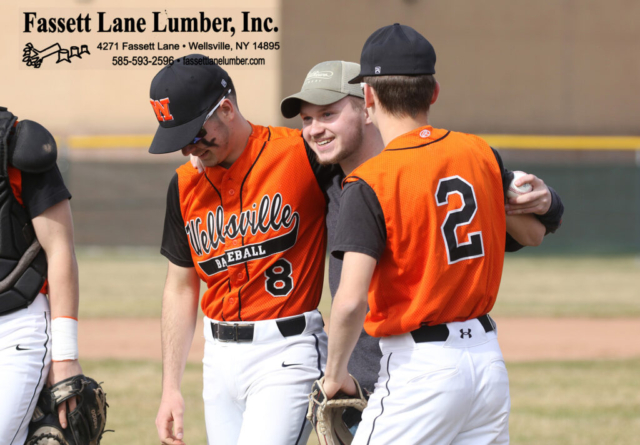 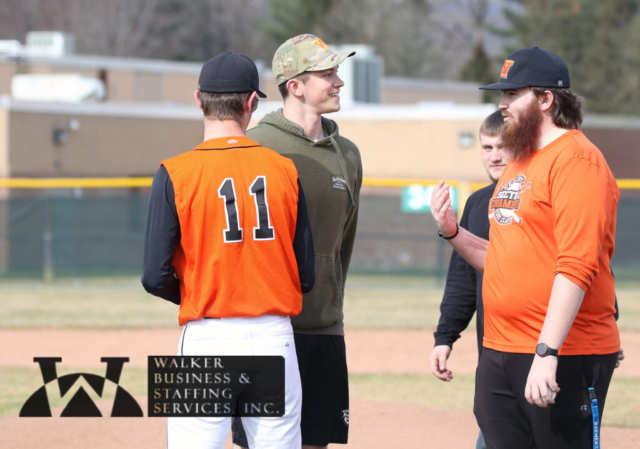 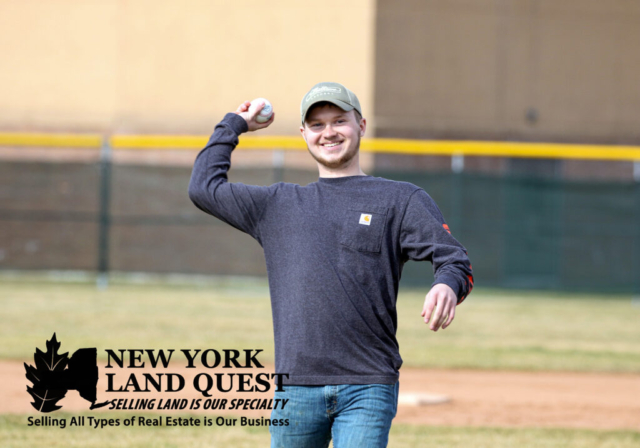 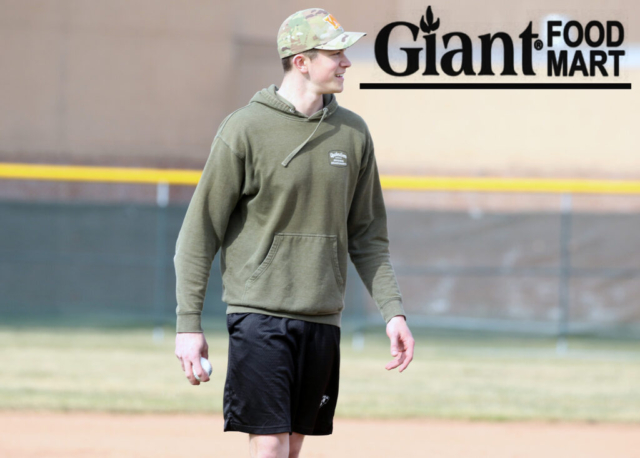 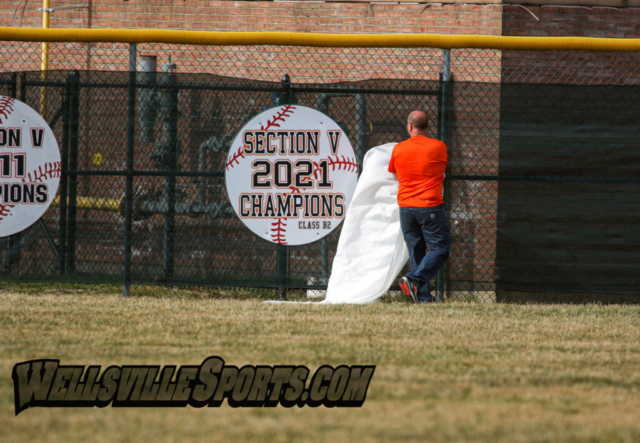 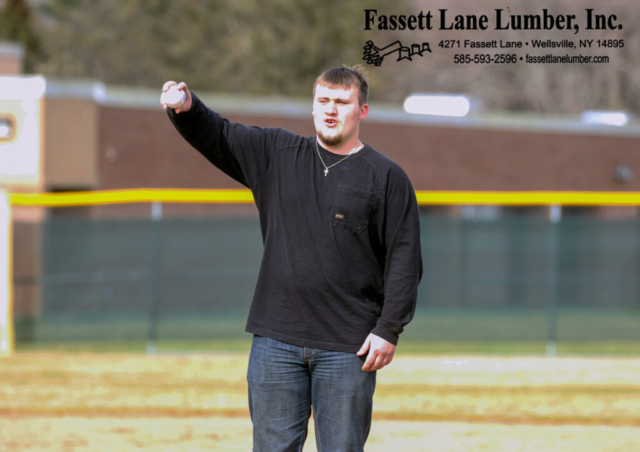 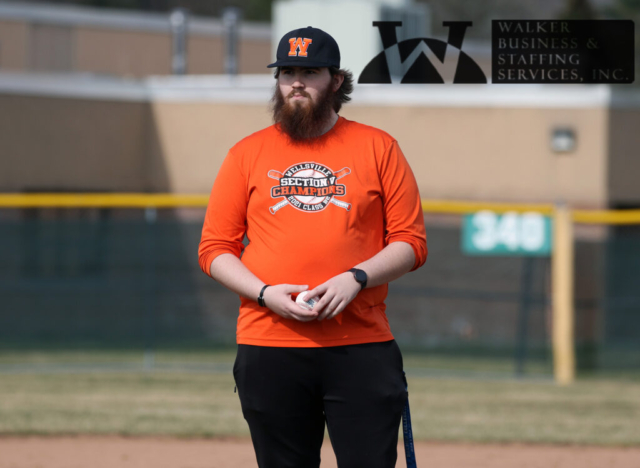 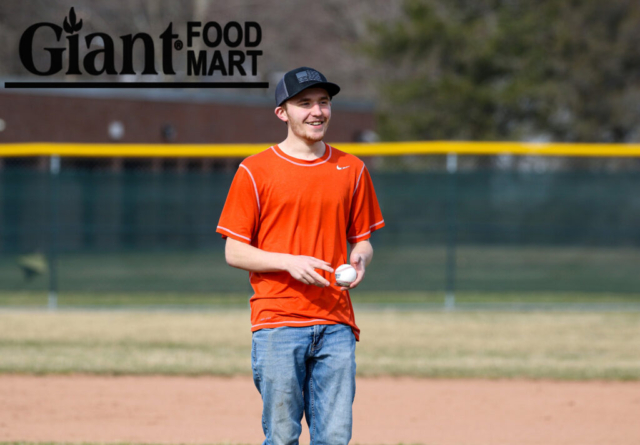