Lana (Parubova) Giovanniello has a hard time talking about what is happening to her home country, family and friends each day. She gets updates after teaching all day in Wellsivlle. John Anderson photo.

WELLSVILLE — Each day, Lana (Parubova) Giovanniello puts on a smile for her kindergarten class at Wellsville and teaches to get through the day to keep her home country, family and friends off of her mind.

However, when she returns home, she is trying to contact them and watches the bombing in her home city and country take place and reads other horrible stories. She watched her home city bombed twice and saw Russian soldiers dress as Ukrainian soldiers as a ploy to kill civilians.

She is sending money and supplies to Ukraine to those in need and others can help through her Pay Pal ([email protected]).

Her son, Paul (Ukraine name Pavlo) Giovanniello, 12, wears his Ukraine soccer jersey around the house with pride, but the war is an adult issue. Her husband, Paul Giovanniello, is well-known for his business ventures in Wellsville (Pizza King, Sugar Daddy’s), but he is also a military veteran and has spent time in Ukraine.

“There are some people in Wellsville or the United States who think ‘this is not our problem’ but in a split second, it could become the whole world’s problem,” Paul said. “Ukrainains did not have a choice.”

Lana explains, “I was born and raised in Cherkasy, compared to Wellsville, it’s a huge city, with 500,000 which is two hours from Kiev. So after moving here it was a huge shock. But it was a pleasant change. I went from being unsafe and looking over my shoulder to leaving your key unlocked and having a purse you did not have to zipper. Wellsville has been a positive change since I moved here (March of 2013).”

Lana is certified in education and has worked in Genesee Valley and Wellsville. She said her faith and the support is a reason she stays. Though she is Orthodox, she said when she moved to Allegany County, the Genesis Bible Church welcomed her and did not care which religion she practiced.
But the prayers turn to tears each night.

“For a few days, I lost contact with my family, my uncles, my cousins,” Lana said. “The only communication now is Skype. There are some family members I have not had contact with. They told them if they crossed the border they would be seen as a spy from Ukraine. This has been brewing. Ukraine didn’t show resistance, so they came in and established the Russian regime.”

Lana’s mother moved to the United States two years ago and is in Georgia. She was raised by her mother and grandmother who has since passed away.

Lana and Paul are well-versed on the conflict and the negotiations. Things have changed daily.

“I’ve been on the phone with my friends. And most of my friends are in Cherkasy and Kiev. The Russian focus is on Kiev and they are bombing Kharkiv,” Lana said. “They are focused on the main cities. They believe if they can cut off the head of the fish, the whole country can go down and so far it has not happened.

“They are using all kinds of sneaky stuff. They change into a Ukrainian uniform, then they approach an unarmed soldier and shoot them. They say they are only targeting military bases, but there are not!” Lana continued. “I recieved videos of hospitals and orphanages and peaceful civilians getting killed.They shot airports. They shot a transmission tower to stop the spread of news.”

Lana said Ukraine is being praised for standing up to the Russians, but they do not have the weapons.

“My hometown has been bombed twice. There are no Russian troops inside, but there are a lot of Russian spies,” she explained. “We don’t have a lot of airplanes, we don’t have a lot of fighter jets. We can’t stop them, so people are hiding in the subway stations. They had a big room in the basement for a maternity ward. It was a beautiful city and now … “

After some tears, Lana composes herself and talks about some of the Russian soldiers who were scared and how her fellow Ukrainians showed compassion to their enemy.

“I have a few videos of Russians willingly laying their weapons down. Many of these young Russian soldiers do not know why they are in Ukraine or why they are there to kill,” she said. “When we capture a Russian soldier, the shocking thing is, you think they would put them in jail and be brutal with them. But in fact, people are giving them food, hot beverages and a phone to call their mothers and fathers so they can call their family.

Lana said, “Some Russian soldiers left their tanks to go home. Some burned their Russian passports because they were ashamed.” But she adds, “People who are living in Russia do not know the real truth.”

While Ukraine did not have a stock pile of jet planes, they had the brains.

“Our IT people were able to get into Russian TV and showed captured soldiers we were helping. It said on the screen, “If you recognize your son, please call this number.” Mothers are starting to stand up against the war. But Russian police are shoving them in buses and saying ‘you are enemies of the people if you protest, you are going to Syberia.’ “

Paul said, “A lot of the Russian soldiers were told it was a peace-keeping mission and Ukrainians wanted to be free from the government. They were lied to, they didn’t know why they were there.”

Paul said Russia has always been an issue.

“As a kid, there was a crisis because of Russia. We were always worried Russia would send a nuclear bomb. That never left me,” he said. “I served in the Marine Corps. Even though I was born in Italy, I was born to American citizens. I served my country. I love the United States. But after being to Ukraine, I  understand how Russia has not only suppressed Ukraine, but the United States and the rest of the world.

“We can never forget Russia has nuclear bombs and we have nuclear bombs. But we vote in people who are rational-thinking. Not war mongers, not dictators who serve forever to the point they are losing their minds,” Paul said. “If our leaders make the wrong move, something like this, we could all pay for it. We are in a tough situation. Ukraine is at war and we need to supply them whatever they need. It will be cheaper for our government to supply them with what they need. Ukrainians did not have a choice in this war.”

Paul wants people to know they are supporting a good country with culture and people who respect Americans.

“The Ukrainian people were so friendly when I visited,” Paul said. “I remember being on a long train ride one time and I didn’t bring food. A family started talking to me, brought me food, they laughed with me, they made me feel like part of their family. It’s a beautiful, culture-rich, family-oriented country and the cities are beautiful, the architecture is beautiful, it is breathtaking.”

Provided photos of what is happening in Ukraine and the Giovanniello family at their Wellsville home: 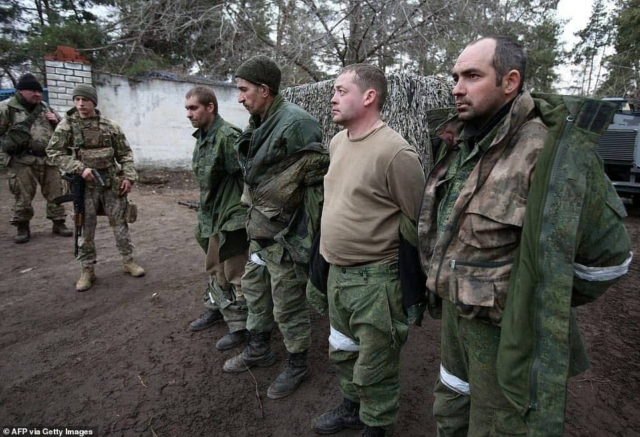 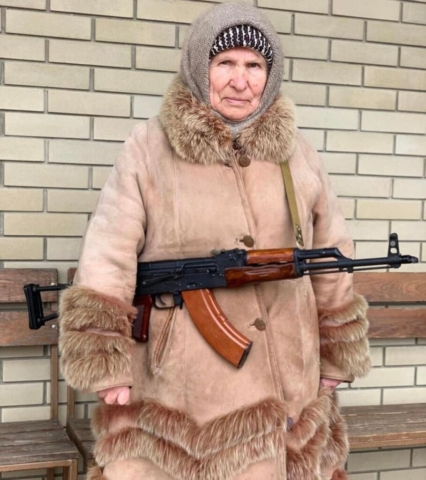 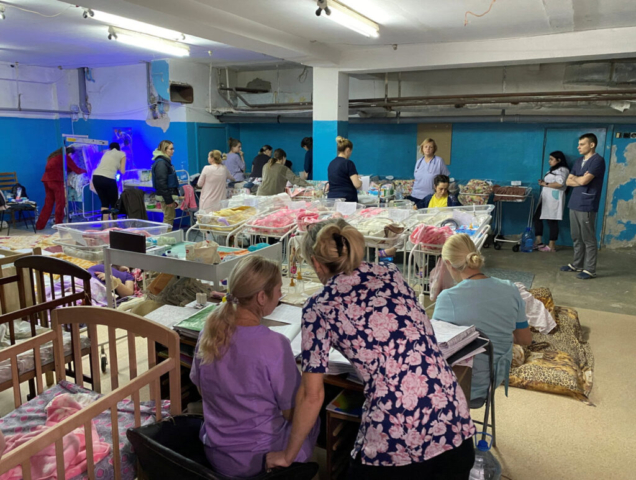 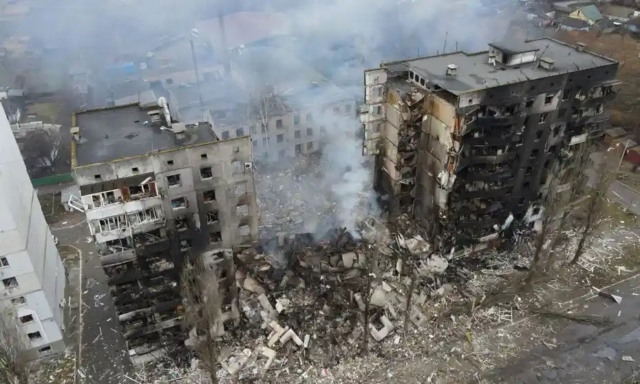 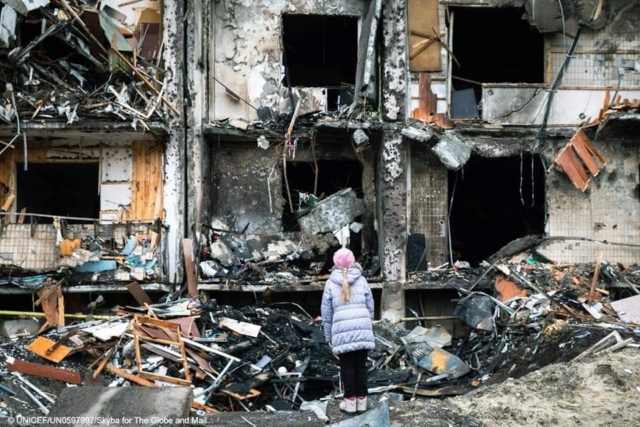 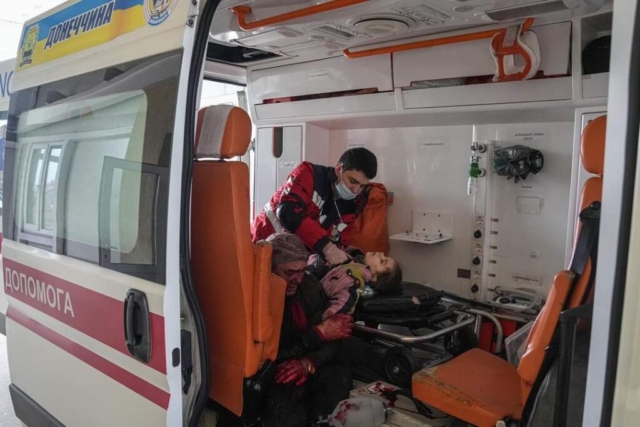 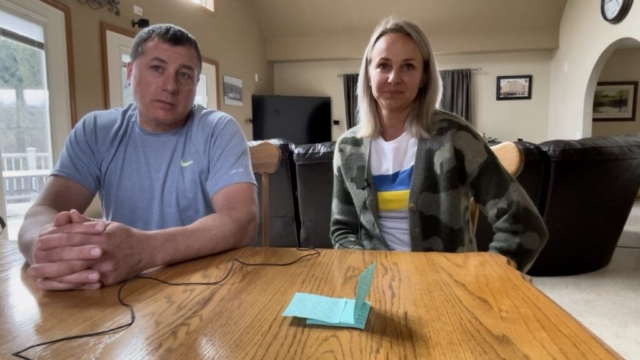 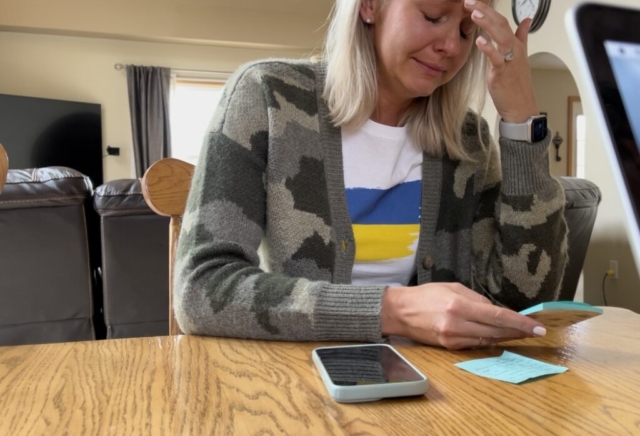 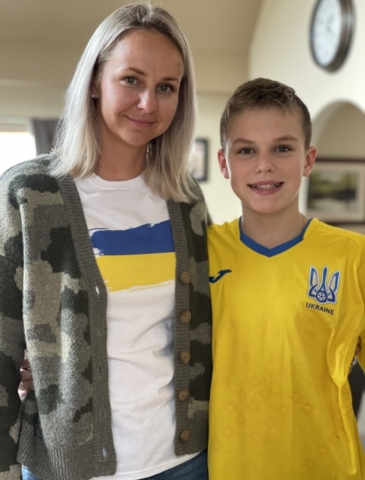 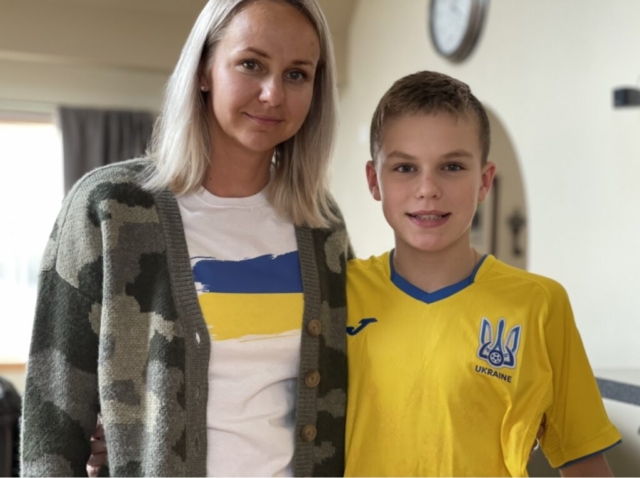