The keyword in the Section V Class D1 semifinals for the Fillmore Eagles girls’ basketball team was patience.

Although the opening eight minutes was a session that didn’t go quite as planned against No. 5 Arkport/Canaseraga, the Lady Eagles were in no panic. In fact, when this particular situation arises, Class D’s top team has always found a way to respond and get their wheels back in motion again.

They would go on to prove that patience is indeed an impactful virtue.

With the Senior guidance coming from both Jadyn Mucher and Emma Cole, Fillmore made sure that each took a turn carrying the load in both halves, with Mucher getting things started in the first 16 minutes, while the opening for Cole became clear for takeoff in the second half, as the Lady Eagles provided a sound 47-31 victory over the Lady Wolves to claim the final spot in this weekend’s Class D1 Finals — their third trip to the big dance in the last four years.

“That’s what Seniors do. Jadyn led us in the first half with the bulk of her points. She put us on her back early, and it took a little while to find how we can get the ball to Emma down low,” said Lady Eagles coach Tom Parks. “Arkport was really cluttering the inside where she was up, and it was a little more assertiveness on Emma’s part to try and get better position. But then, it was her turn to take over in the second half, starting in the third quarter and we didn’t look back from there. In games like these, we need our Seniors to step up, and there was no better time for that then here.”

The Lady Eagles (22-0) were in the midst of finding their footing right out of the gate against Arkport/Canaseraga, as the Lady Wolves wasted no time striking while the iron was hot with the first six points in a row, converting on a three-point play at the line to pair with a long Grace Carney three-pointer to open it up.

Not long after, Fillmore would regain the edge they needed to end the quarter strong, scoring eight of the last 10 points, with Mucher’s leadership beginning to take effect for the offense.

“It’s Sectionals, it’s the Semifinals, and there will be times where things don’t go according to plan,” said Parks. “Teams will be prepared for one another, and for us, it was just about feeling it all out to start the game. We had confidence that if we kept playing defense, even though we had some chippies and we had some roll off the rim, those shots would have to go down. But we had to stay with our defense, because it’s what we do best.”

It would carry into the second, where the top seeds would capitalize on the best of both worlds to end the first half, accounting for a 13-6 run which saw them net eight of the first nine, with Mucher recorded eight of the team’s 13 in the frame to help accumulate the bulk of the offense while the defense held Arkport/Canaseraga to just two shots from the field.

In the second half, the Lady Wolves applied some early pressure to use against Fillmore, cutting their deficit down to as little as three with Chloe Herman and Caitlyn Gilman going back-to-back on a pair of shots inside to lead the way. Herman would become the team’s main benefactor in maintaining their reach against the Lady Eagles, scoring all six of her points in the third quarter.

But then, the Lady Eagles put the padlock back on, and threw away the key.

Since the 25-22 lead for the Lady Eagles, the top seeds would then run off with Cole’s turn to take charge on offense now becoming prevalent. The Senior went on to post 13 of her 15 game-high points all in the last 16 minutes of play after being virtually shut off by the Lady Wolves defense back in the first half.

“It was great. We extended our lead, but then Arkport went on a little run to cut it down to three. Their main weapon got going, and she ended up scoring all six of her points during that little spurt,” Parks said. “But then, it was something that we could adjust and we shut them off afterwards. It was locked back down, and they virtually didn’t have a shot from the field in the fourth quarter. If we can be steady in that regard, regardless of the peaks and valleys in our offense, we can play a pretty consistent game.”

The lead would reach double digits for Fillmore — a plateau that the Lady Wolves would never find a way to come back from, as the Lady Eagles defense buckled down for perhaps their strongest eight minute period of the game, holding the five-seeds to just a single shot from the field in the midst of an 11-5 game-ending run, holding their opposition to just two points in the first five minutes.

That would ultimately punch the top seed’s return ticket to the Class D1 Finals this weekend.

Mucher and Cole both led the Lady Eagles offense with 15 game-high points, with Cole completing a double-double performance with 10 rebound and five big blocks, while Mucher added in six rebounds of her own to go with four assists. Hope Russell finished with nine points to pair with six more boards, while Rachel Hatch handed out four additional apples.

Fillmore will now prepare for the next three days to take on the No. 2 Notre Dame-Batavia Lady Irish — the defending Class D1 Champions, for this year’s brick right back at Letchworth on Friday. Their tip-off will be the nightcap of the Class D2/Class D1 evening, with a start time slated for 8 p.m.

Both teams last met in the 2019-20 Class D1 Semifinal round in Dansville, when the Lady Eagles defeated the Lady Irish by a 55-49 count.

“They’re a great team,” Parks said of Notre Dame-Batavia. “They have a lot of championship pedigree over there, but we’re going to be well-prepared for this one. We’re going to give it all we got for the next few days in practice, get ourselves healthy again, and use all of what we’ve learned in time for Friday night.” 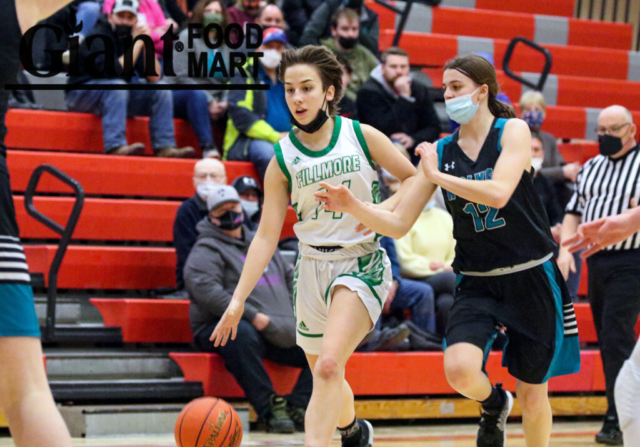 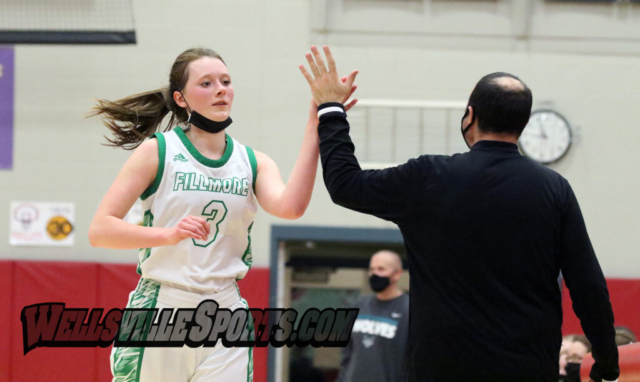 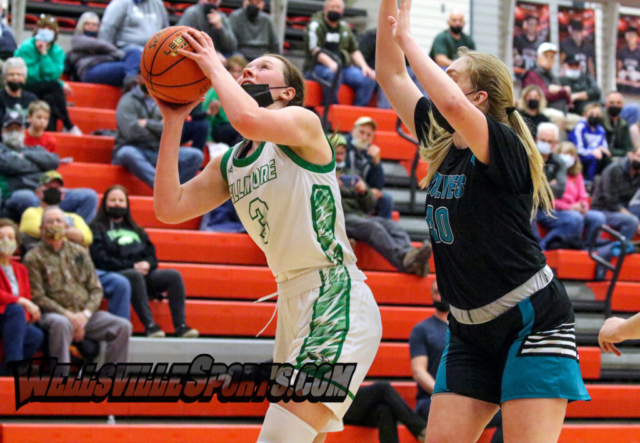 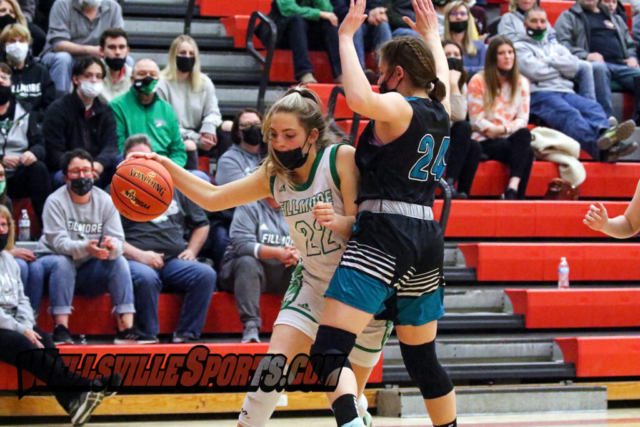 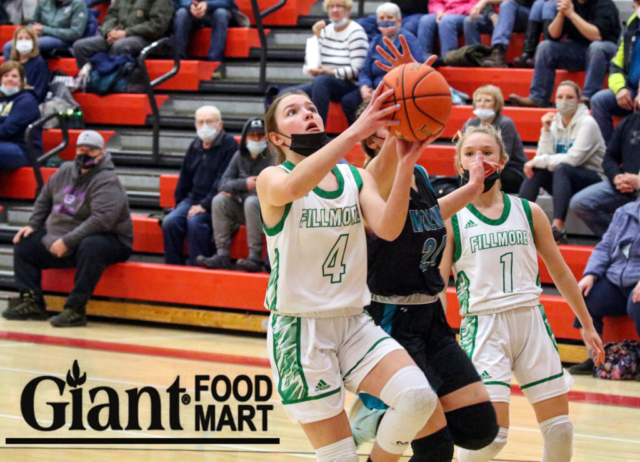 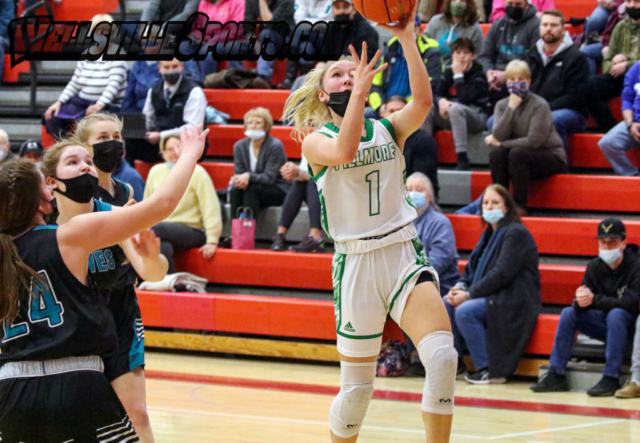 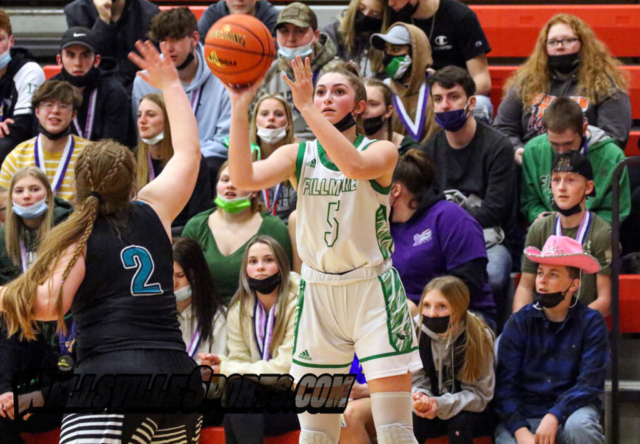 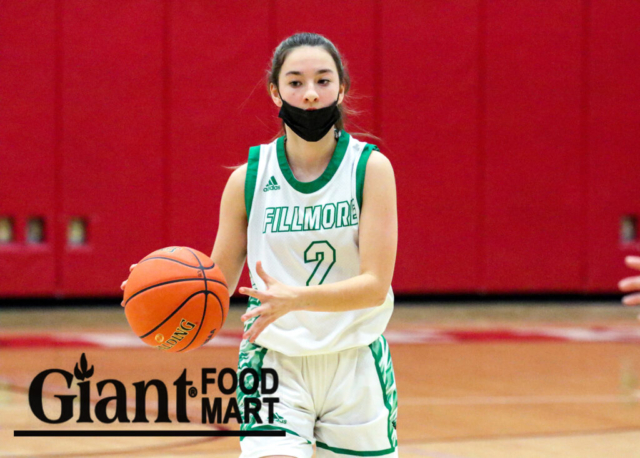 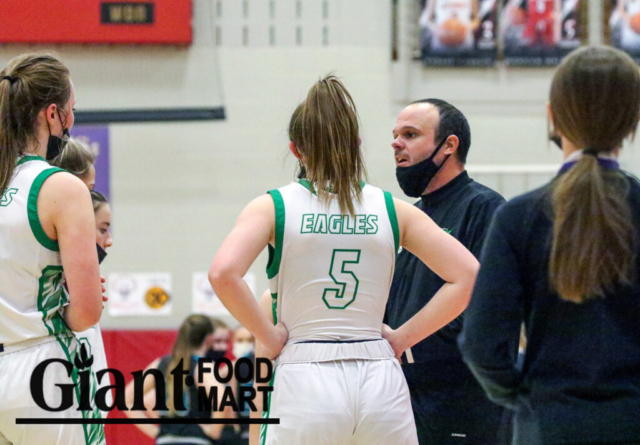 Not a drought, but “abnormally dry” across the region