Down 12 in the 4th, Wellsville girls storm back to stun #2 Livonia in OT, 59-57 (video highlights, interviews, photo gallery, box score)

LIMA — The Wellsville Lions girls’ basketball team left it all on the court Monday night, but found themselves down by 12 in the fourth quarter to #2 Livonia.

Marley Adams and Makenna Dunbar had four fouls and there was no way Livonia was going to allow Emily Costello to drain another 3-pointer.

But the team contributed in different ways down the stretch and into overtime. After Kaylee Coleman drained two free throws with 31.5 seconds left, the defense held and No. 3 Wellsville upset Livonia (16-6), 59-57.

“We kept our composure the whole game. Every time out we were never dejected, we were never down,” Wellsville coach Michelle Alvord said. “In the huddle, Emily Robbins, Emily Costello, Marley Adams were saying ‘we got this’ and up and down the bench everyone was positive.”

All eyes were on Livonia’s 6-foot junior forward Kylie Buckley, who is being recruited by over a dozen Division I programs and recently broke the all-time Livonia scoring record with over 1,300 career points.

But Wellsville’s 5-foot-4 senior guard Emily Costello played like a six-footer. She chased down six rebounds, dished out four assists and scored a team-high 20 points.

Costello had six three-pointers, the biggest one was her final one, as Buckley came out with a hand in her face, yet the senior calmly drained the basket during the comeback.

With Livonia not letting Adams or Costello get a good look, freshman center McKenna Dunbar stepped out and drained a 3-pointer to tie the game. Then, to complete the comeback, Dunbar scored and was fouled. Her free throw gave Wellsville the lead.

With a 48-44 lead, Buckley took over with a steal and two baskets in a 10-second span to tie it back up.

“The comeback was so much about the little things,” Alvord said. “Jaelyn Knapp and Jaylynn Mess only scored one basket each and had a total of four points,” Alvord said. “But Knapp played incredible defense helping out all over the floor and she was our leading rebounder. She controlled the press on offense for the most part. Mess had a clutch shot that started our comeback. And she rebounded and played great defense, she did so many things you don’t see in a scorebook.

“Makenna had huge rebounds and had the go-ahead points on a free throw on her and-one. For a freshman, she didn’t play like a freshman. she didn’t back down from the challenge and played within herself,” Alvord added.

Adams fouled out at the end of the fourth quarter, but things changed in overtime. Buckley had four fouls, so Coleman, a senior, took a pass in the paint and made a dynamic move to score. Coleman then hit the winning free throws.

“Makenna and Kaylee Coleman have so much confidence and the rest of the team was feeding off it,” Alvord said. “Emily Costello hit early and missed a couple but I told her she was not taking bad shots. Keep your confidence and keep at it, you are a great shooter.

Livonia is a quality team with a quality coach so that’s a quality win to beat a program like that,” Alvord continued. “Buckley and (Kelsey) Stewart are three-and-four year varsity players.”

Knapp said she was up for the challenge and stayed with the game-plan even though Livonia had the lead by 15 points twice in the third quarter.

“Our game plan was to face-guard Buckley and everyone on a guard had to protect the paint and help,” Knapp said. “We got in the locker room before the game and I was so panicked and nervous, I wanted to win and leave it all out on the floor because it’s my senior year.”

Dunbar added, “This season has been amazing, the seniors and upperclassmen have all been there for me and made sure I never got down on myself.”

Adams, who is heading to the Ronald McDonald All-Star and Big 30 All-star game along with Costello, scored 13 points with six rebounds, four assists and a steal. Dunbar had a double-double with 12 points and 10 rebounds and Knapp led Wellsville with 11 rebounds and added two assists. Jaylynn Mess had five rebounds, two assists and two points. Emily Robbins had two assists and Sara Reitz had an assist and rebound.

Alvord, who was named Section V Class B2 Coach of the Year, said she noticed the atmopshere in the Honeyoe Falls-Lima gym.

“When Livona’s student sections showed up, I thought they controlled the gym, but then our student section filed in behind us and was so loud cheering and chanting Wellsville and Lions,” Alvord said. “Also, our parents and community members across the gym were so loud and supportive. That meant a lot to us coaches and the kids. You saw it after the game when they were pointing to the crowd and hugging their parents.”

The team stayed for the first half of the exciting Penn Yan and Midlakes game. Alvord stayed for the entire game. She said before sectionals, #5 Penn Yan was a team that could be anyone and you did not want to face them in the first round. The game was back-and-forth and not decided until the last-season shot.

“Midlakes is balanced and fundamentally-sound team,” Alvord said. “They are a big, strong, physical team. They don’t have one standout player so I think we are similar in that regard.” 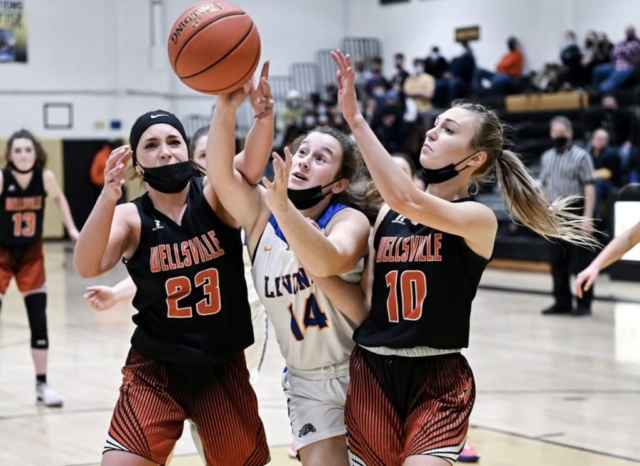 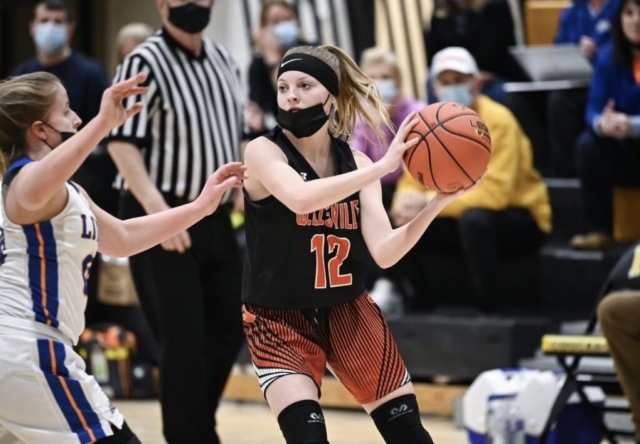 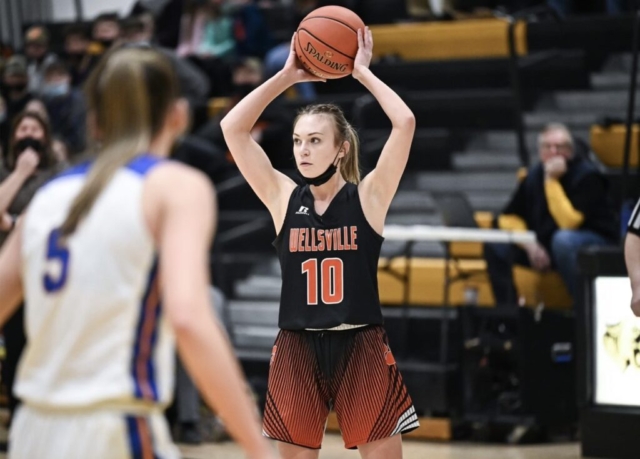 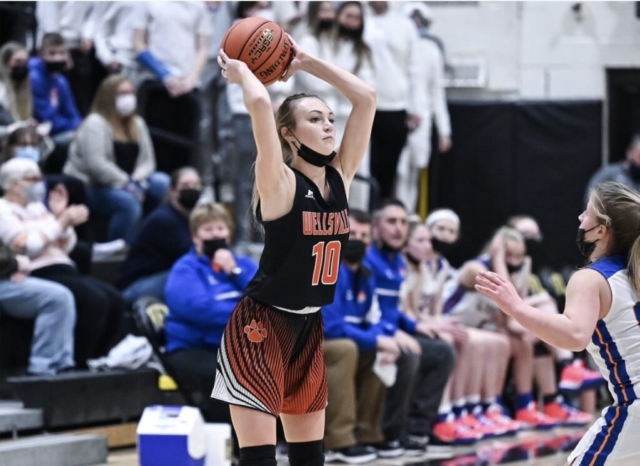 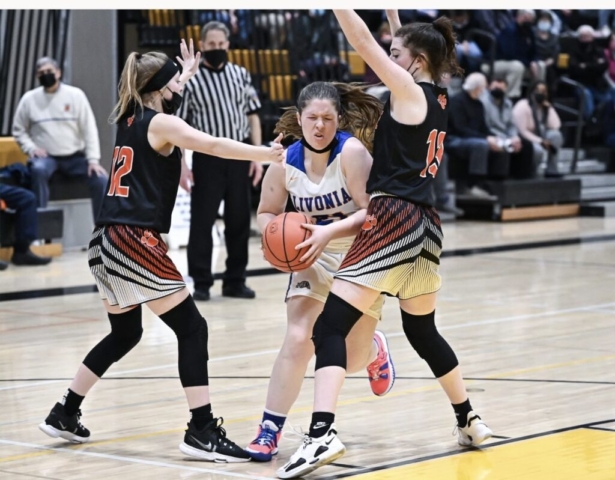 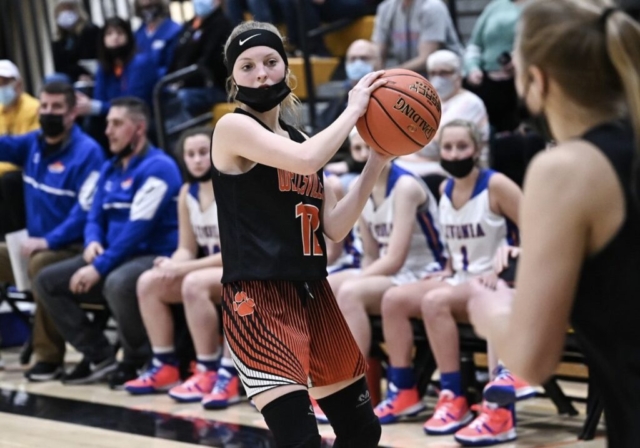 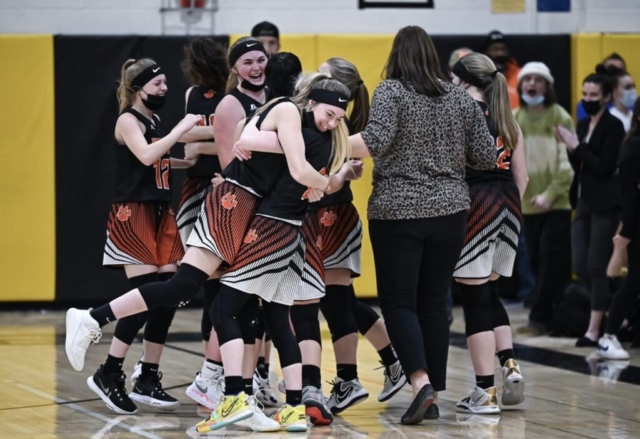 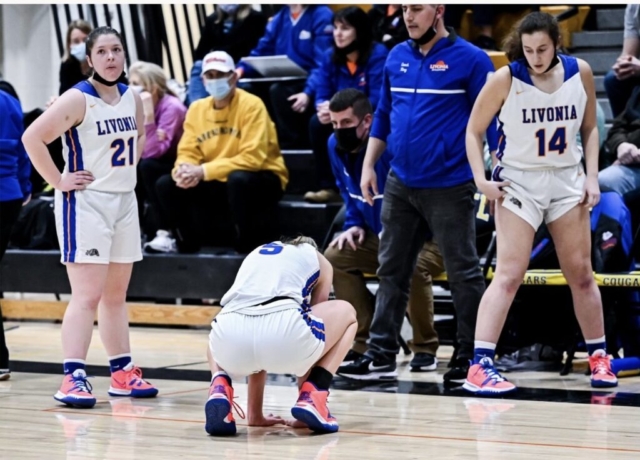 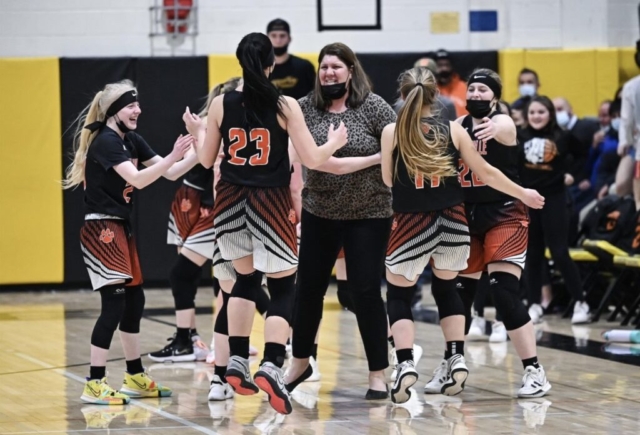