The Wellsville Sun has stopped accepting press releases and doing interviews of candidates in the Republican primary election that culminates on June 22nd. Early voting has begun and you can read the time and location for anyone in the county who wishes to vote in person, before the actual polls open on June 22nd here —————————— >

While this is not the full and final election for these positions in our local government, the reality of our county political body suggest its importance. There is no Democratic primary, nor an Independent primary because almost every candidate for office in Allegany County in this current cycle is a Republican. In many ways this primary is the real election, but much less so now that, “Independent Nominating-reviewed by Commissioners” parties are appearing.

Below is the full list of candidates for the November 2021 election. If you look at the list of candidates, look for the purple text or highlighted areas. Many of the Republicans running in this primary have formed a custom independent party which will ensure that despite the results of this primary, they will still remain on the ballot in November. For example, in District 2, even if Gretchen Hanchett loses the primary vote, she will appear in the general election under the, “Gretchen 4 Growth” party. In the Town of Alma primary for Town Justice, both candidates will proceed to the general election regardless of the vote because they both are on the ballot again using independent nominating. In total, Allegany County elections in 2021 will have almost two dozen candidates who are registered using independent nominating. 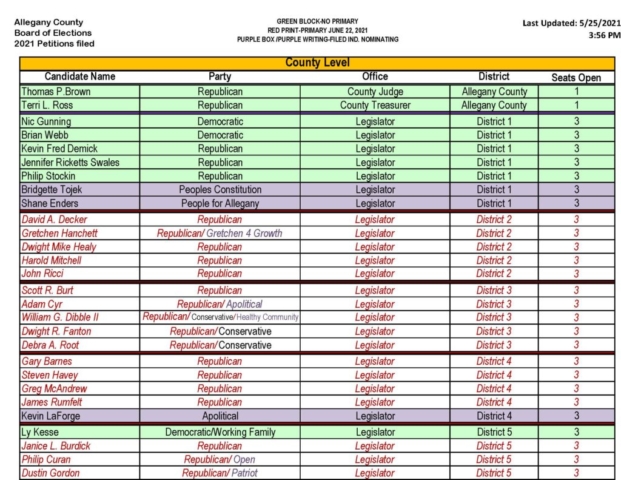 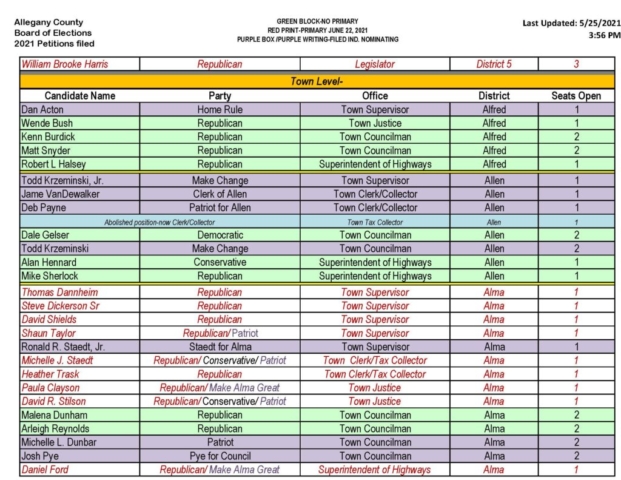 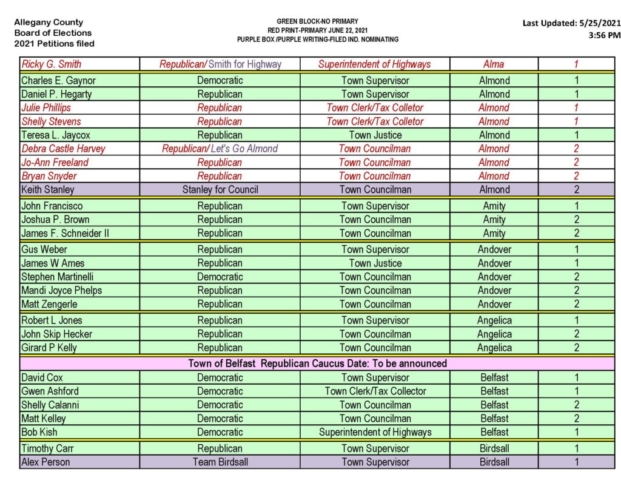 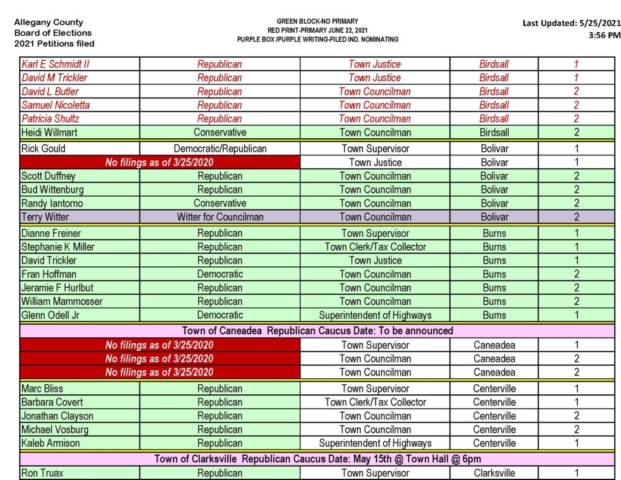 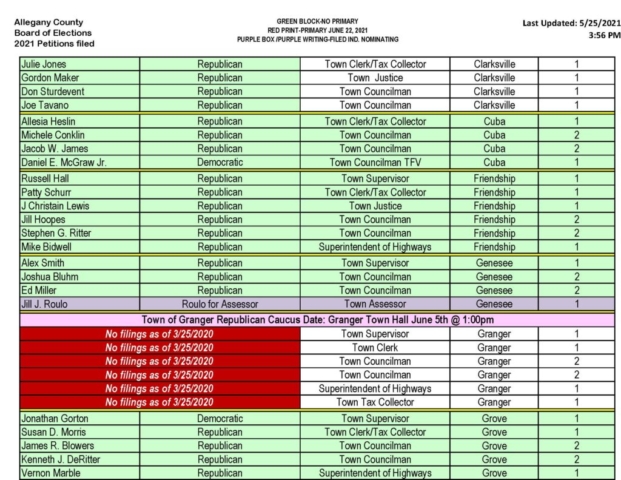 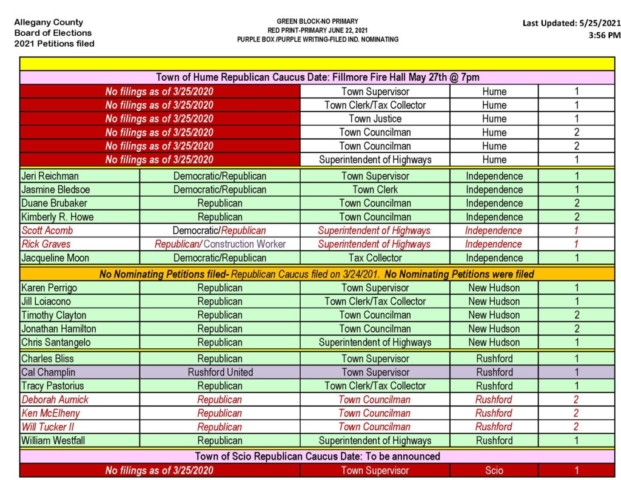 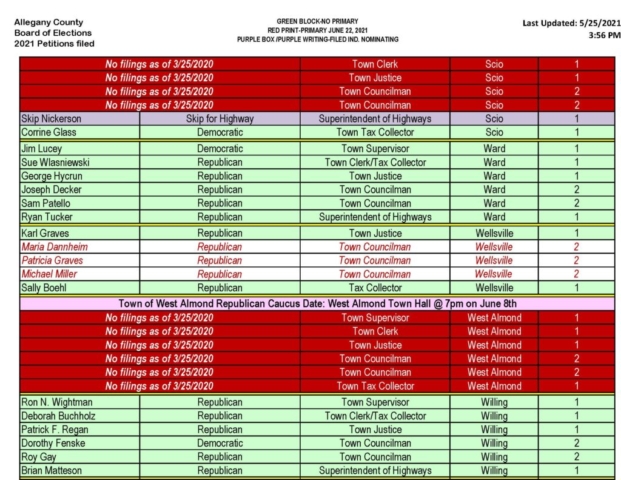 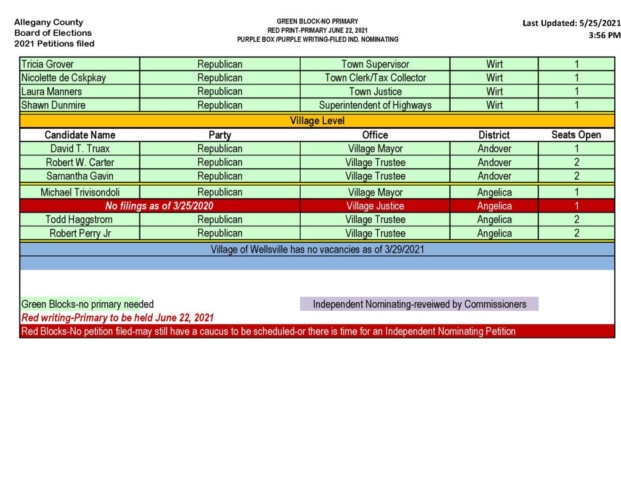 Is this the beginning of the end of the party dominated primary? The concept of “open primaries” has been getting attention as a means to challenging electorates dominated by one party(like Allegany County). That concept allows all registered voters to caste a ballot in primary elections also. In the absence of opening all primaries elections, these parties created by, “Independent Nominating-reviewed by Commissioners” are making primary elections like our county, less consequential. Below is the final ballot for this years primary election, culmination in just over a week on June 22nd.