WELLSVILLE — For the Lady Lions of Wellsville, it’s just the second time this new calendar year that they have been able to take their home floor. The first time in nearly two weeks to take on an opposition that was also looking to bounce back after a defeat of their own at the Dan Barkley Showcase this past weekend themselves — Andover/Whitesville.

Some early quarter hiccups were overcome by the visitors in black and purple, as they raced their way back to tie the game after the first quarter of play. In the second, a sudden shift in momentum would occur.

The Lady Lions would prove that the wait to be back home again was more than worth it.

The hosts in white would conduct a half-ending run of Andover/Whitesville, recording their biggest stanza of offense while feeding from their defensive prowess to set the tone in the opening half, as Wellsville went on to garner a lead by as much as 20 at one point to remain out front with a strong and dominant 61-42 win on Thursday.

“To be honest, we had a set game plan. What happened in the first, is we forgot assignments and what spots we were supposed to be in,” Lady Lions coach Michelle Alvord said. “They got some easy looks because of it, and they were able to hang right with us. There weren’t a lot of breakdowns and letdowns. It was a different level of intensity, and we now have to make sure we can maintain that level of intensity when we’re playing these tough teams coming up, and build confidence.”

The Lady Lions (7-7) had to survive a late first quarter push from Andover/Whitesville in the midst of their crosstown battle, with Makenna Dunbar and Sara Reitz charging up the efforts with some help inside, as well as a long three by Reitz along the way. But Andover/Whitesville would respond with Vanessa Hall taking charge of the offense to tie the game at 10 after the quarter.

Finishing with the momentum in hand, Andover/Whitesville (7-3) saw it disappear, as the Lady Lions jump-started a vibrant stand of defense while Dunbar, Averee Palmatier and Natalie Adams all had helping hands to start a 9-2 jaunt of their visiting opposition to branch their lead out by as much as 12, led by five consecutive points by Dunbar, when the half reached its conclusion.

With a 32-20 lead in hand, Wellsville went forth to build it even more with Emily Robbins dancing her way towards the basket off one of numerous Andover/Whitesville turnovers, pirouetting and laying the ball in while being fouled to set up an offensive rebound chance for Dunbar under the glass to grab, and bury home to complete a four-point swing of momentum

The Lady Lions lead would reach 20, but it would not slow down Andover/Whitesville by any means,. as Hall continued to dig in with back-to-back runners off two separate turnovers by the Lady Lions to end the third quarter. The visitors would try to create a larger opening in the Lady Lions defense, but it was immediately shut back off the hosts, who made sure the night ended on a successful note.

Makenna Dunbar led all Lady Lions scorers with a game-high 21 points to go with 16 rebounds, putting a wrap on the double-double performance. Natalie Adams concluded with 10 points, while Robbins and Reitz each finished with nine. On special teams, Averee Palmatier grabbed 13 additional boards off the glass.

For Andover/Whitesville, Vanessa Hall led the way by posting a team-high 17 points. Zoe Baert chipped in with eight points, while Gabbi Hall had seven points. The team will aim for a big bounce back, back over the road tonight, as they visit Hinsdale at 6 p.m.

“I can’t say enough about Lindsay and her job guarding Vanessa. She’s going to get her points, and we had our eyes everywhere on the floor trying to track her down,” Alvord said. “I really thought we made her earn everything she got. There weren’t many uncontested shots, and that’s what we needed to do. We were really active, and we had to make other kids beat us besides Vanessa. Makenna played her best game of her career tonight. She was outstanding, and they really didn’t have an answer for her.”

Prior to the Varsity contest, the Wellsville JV Lady Lions managed to take care of business with a strong 38-12 win over Andover/Whitesivlle. Caelyn Stevens led all scorers for the hosts with 10 points.

Wellsville is now off until Saturday afternoon, as they get set to face Young Women’s College Prep for a 1 p.m. tip-off in the Lion’s Den, as their homestand rolls on. 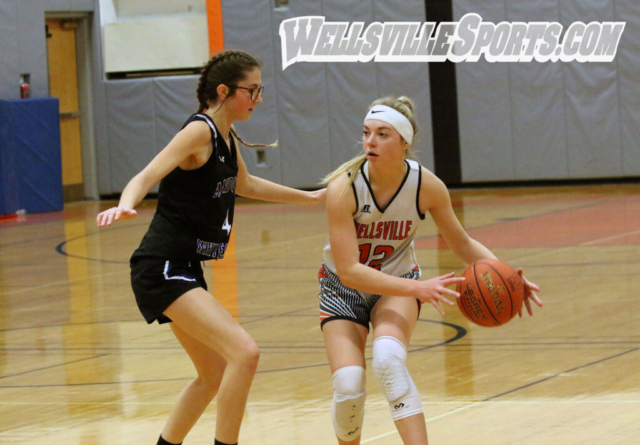 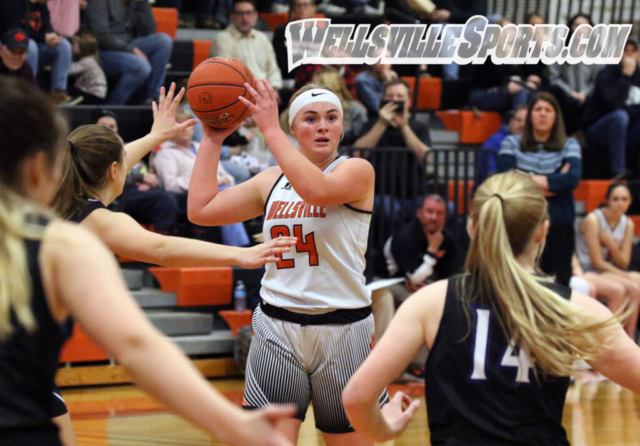 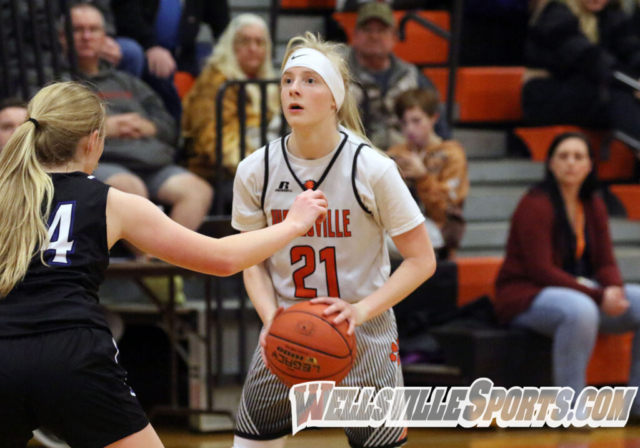 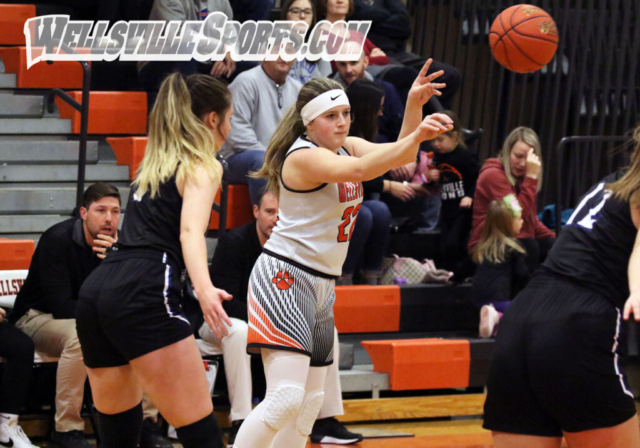 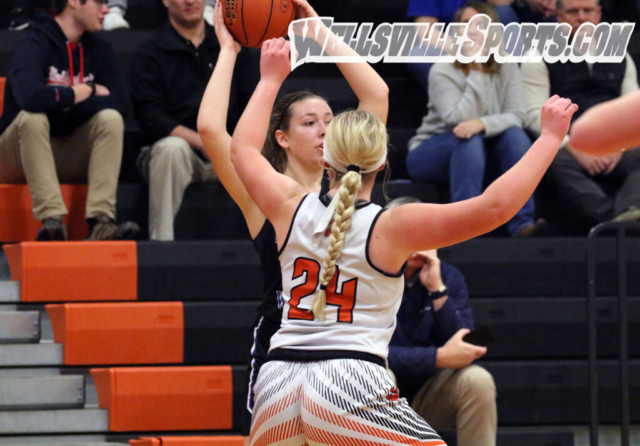 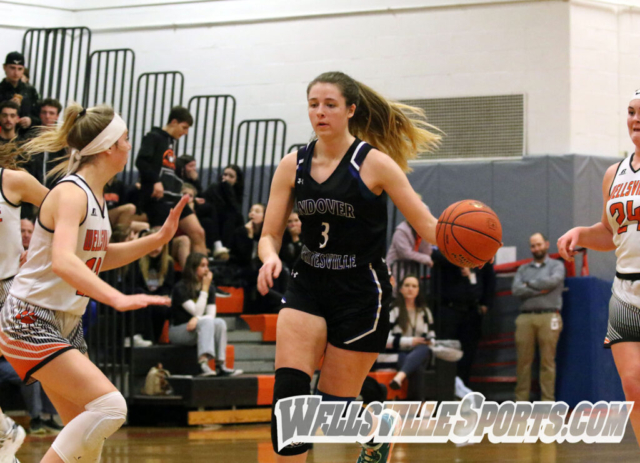 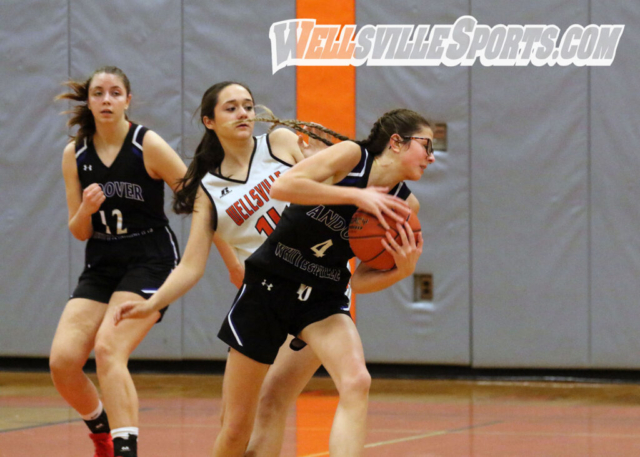 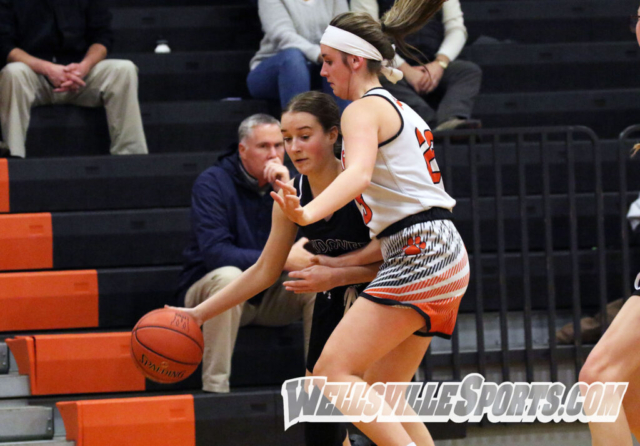 Column: Give school counselors more tools to turn the tide on the youth mental health crisis

Support Offered for Those Grieving During the Holidays