Home » Costello the spark plug needed for the Wellsville basketball engine to run past Bath, 53-45

Costello the spark plug needed for the Wellsville basketball engine to run past Bath, 53-45

WELLSVILLE — The spotlight was on downtown Wellsville for the area’s lone battle on a rainy Wednesday night, as they looked to shake off their two-day tenure at the Joe DeCerbo IAABO Tournament in Allegany over the holiday break.

With only one game this entire week, the Lions are going to need all the momentum they can muster. It began with Bath-Haverling — the first of three consecutive Steuben County battles, with Canisteo-Greenwood and a massive Dan Barkley Showcase matchup against Hornell waiting on the other side.

They would have to navigate their way through an incredibly tough battle in the first half, facing adversity that consisted of multiple turnovers and immense pressure from the Rams defense. To overcome it, they would have to do one thing that head coach Tom Muska set them out to do after halftime.

They would need to get their gears churning right away in order to make it happen, but the Rams would maintain much of the momentum through what was their most powerful stand of offense in the game. With it, came a lead to control down the homestretch. But it was only for a moment, because the Lions found a way to fire on all cylinders.

Cody Costello was the spark plug behind it.

The Wellsville senior was simply lights out from the field, as his gargantuan efforts helped the team unload a massive 21-point fourth quarter against the Rams, while holding them at a complete standstill in turn, resulting in a breakaway victory in the night’s final sequences to start the 2023 slate of games on an excellent foot with a 53-45 victory in the Lion’s Den.

“We have some terrific leaders and a group of seniors who I think, when they can keep their composure, it really calms the team,” said Lions coach Tom Muska. “Cody tonight was outstanding. His shooting is the perfect match for our style of play along with Logan (Dunbar), who likes to really dig down low with other teams trying to double him up. We’re a really athletic team this year, and when everyone runs the floor, we are hard to handle.”

The Lions (7-3) had to really dig in early against the Rams, who came bursting through the gates themselves with an immense overload of defensive pressure, forcing multiple turnovers along the way to help establish shop in the first quarter. With both teams struggling to land shots, Wellsville would find their rhythm to close out the quarter, scoring the frame’s last seven in a row, highlighted by the first of five big Costello three-pointers.

Bath-Haverling would shake it off by the time the second quarter came around, providing a strong finish to the first half by scoring eight of the stanza’s final 12 points to cut the deficit down to a pair after an early back-and-forth exchange.

Later on, Wellsville would eventually lose possession of their lead in the third quarter after the Rams posted their strongest outing of offense, paced by a balanced attack from five different scorers, including a pair of threes from Jacob Hagadone and Cameron Seager, as well as a perfect 4-for-4 outing at the stripe from Gavin Price.

With the Rams now in control of a 37-32 lead heading into the last eight minutes, the time to put the gas pedal completely down onto the floor was now for Wellsville.

As a response, the Lions strung together a 21-point frame headed by Costello from all angles of the floor, as he posted 13 of his game-high 20 points in the final eight minutes of play — a trio of three-pointers and an immaculate and clutch 4-for-4 outing at the charity stripe, while the defense held the Rams in check to just eight points altogether on defense.

The strongest of finishes to start 2023 on the right foot.

Finishing behind Costello was Dunbar and his 13 points — nine of them being scored in the first half. Aidan Riley chipped in with eight points, while Ty Vogel had four.

Wellsville will now have another extended break away from action, as they return to their home floor next Wednesday night with a 7:30 p.m. tip-off slated against the Canisteo-Greenwood Redskins. 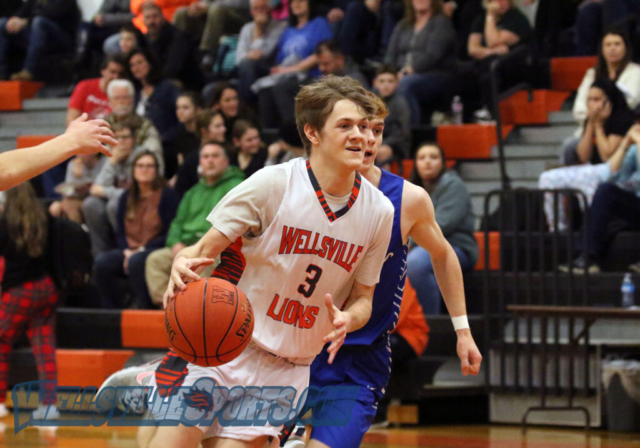 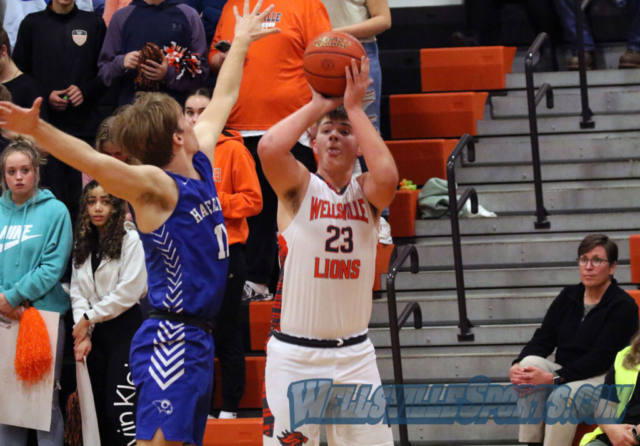 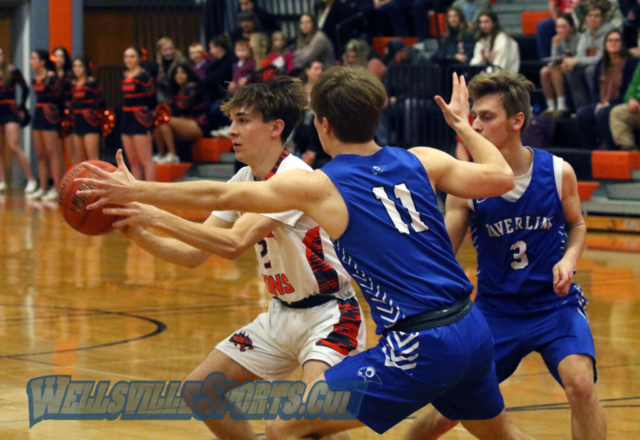 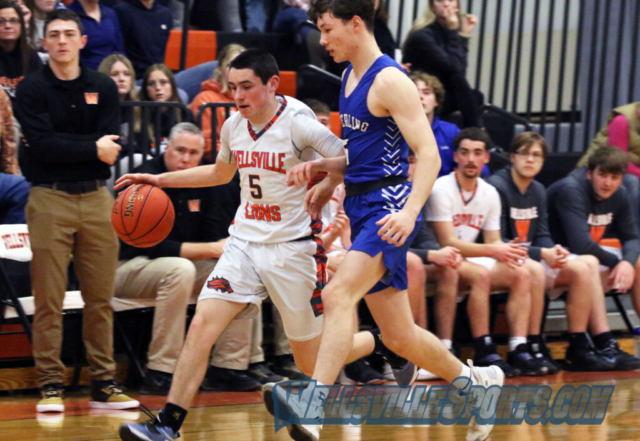 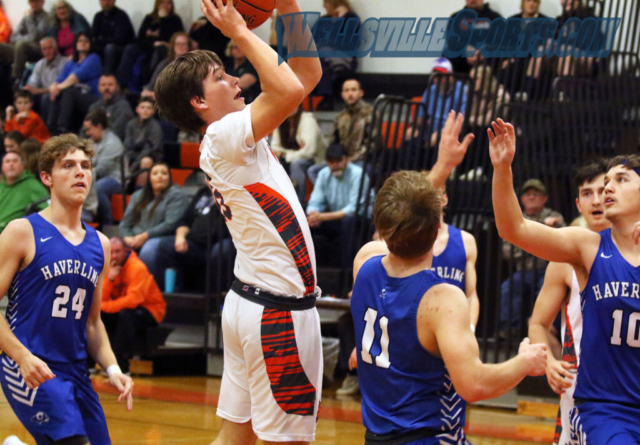 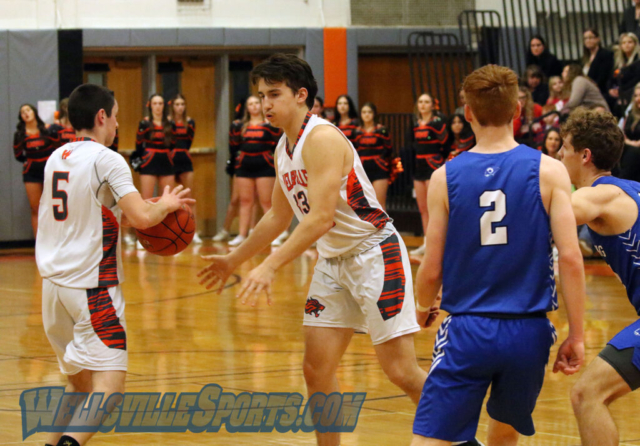