ANDOVER — In their two regularly sanctioned games in Allegany County League play, Andover/Whitesville and Genesee Valley/Belfast put a show on complete display, with each team splitting a victory on each side by no more than five points.

The two meetings would also serve as a major stepping stone towards the end of the season and into Sectionals. For Genesee Valley/Belfast, a trip to the Class D1 Semifinal round. On the other side, the first Class D2 Championship for Andover/Whitesville after an incredible trek through the postseason saw many signature highlights come to ultimate fruition, to lead them there.

With the majority of the players between each team that experienced those sequences now back to do it all over again, the time to rewrite their paths would incept towards the very start of the new season. On Friday, in Andover.

In their first battle of the season, it was one that Andover/Whitesville wasted no time getting their engines running.

Through the opening eight minutes, the defending Class D2 Champions delivered the first punch, scoring a big run of Genesee Valley/Belfast to garner a lead that they ultimately never lost, extending upon it from that point forward behind a massive night from Vanessa Hall, capturing what was a 61-19 home victory in their first game in 10 days.

Andover/Whitesville’s (2-0) presence was felt immediately following the game’s opening tip at mid-court, when Kennedy Bledsoe gained control of the ball, and broke away with the first points on a runner to the basket. The bucket would set up a string of scoreless transactions that the hosts in white would make — 10 of them in a row to be exact, with Hall garnering the bulk of the points to help set up shop inside.

Just past midway, Genesee Valley/Belfast (2-2) would find a way to end the scoreless run with their first basket of the game: a long Madison McKenzie three-pointer, one of two she would record in the contest. But shortly after the basket, Andover/Whitesville regained control once more to close out the first eight minute period strong with 12 of the last 14 points, including a Hall runner to the hoop at the buzzer to finish with a 22-5 lead in hand.

Andover/Whitesville would build on that lead going into the second half, holding Genesee Valley/Belfast scoreless for almost the entire second quarter in the midst of their 19-3 run, which was halted by another McKenzie three-pointer. From the third quarter until the end, the hosts would go on to put a wrap on the victory — their first on their home floor, to open up the home slate of action.

Hall would finish with a game-high 36 points to lead Andover/Whitesville. Following behind was Kennedy Bledsoe, who had eight points. Zoe Baert had seven to add in.

Finishing behind McKenzie for Genesee Valley/Belfast was Adison Grusendorf, who had five points. Kendra Bigelow concluded with four points. The team will now head out west to Franklinville to partake in tournament action, beginning on Thursday.

Up next for Andover/Whitesville is a trip back over the road after the weekend, as they visit the Jasper-Troupsburg Lady Wildcats in Greenwood for a 6 p.m. contest on Tuesday.

WESTFELD, Pa. — The Wellsville Lady Lions were a well-oiled machine come their first day down at the Jack Bush Tournament, at Cowanesque Valley on Friday. In their opening round battle that saw them pitted against North Penn-Mansfield, the team would have to work their way through a tight first quarter.

But the pieces to the puzzle began to fall into the place in the second quarter, as Wellsville ultimately found their groove to develop a hefty amount of momentum going forward, as their offense hit all strides while the defense held their opposition below 10 points in the remaining three quarters to formulate and scurry away towards victory by a 57-28 count to claim their spot in Saturday’s title game.

“We get better every game,” Lady Lions coach Michelle Alvord said. “They’re starting to really gel, and they have been very unselfish with moving the ball around. It’s a balanced effort across the board. Everyone scored tonight, so it really helped towards getting that first win under our belts. It’s a good feeling.”

The Lady Lions (1-2) were step for step alongside North Penn-Mansfield to begin the evening, as a near-even exchanging of pleasantries between the two clubs saw the team in black and orange gain the one-point lead to control.

Although it was a narrow advantage, Wellsville’s all-balanced attack would make its presence in the second quarter to stage a series of runs that would allow them to branch out their distance from North Penn-Mansfield, starting it with the first of three stands that saw them limit the Lady Tigers to below 10 points the rest of the way.

Leading the offense was Lindsay Stuck, who recorded a game-high 12 points. Averee Palmatier was one step right behind her sophomore teammate, as she added in 11 points of her own. On special teams, Makenna Dunbar was busy underneath the basket, collecting 11 rebounds while Natalie Adams had five steals.

The Lady Lions will contend for the Jack Bush Tournament title this evening right back at Cowanesque Valley, as they take on the host Lady Indians beginning at 5:30 p.m.

CANISTEO — After what was a first quarter showing of defense, the tempo was kicked into high gear by the Canisteo-Greenwood Lady Redskins back on their home turf Friday night, as they recorded their strongest showing right before the conclusion of the first half, stretching out their lead over visiting Hammondsport to insurmountable levels to hold a 45-31 win — their fifth straight to open the season, within their grasp.

With each team combining to record five total shots from the field in the opening eight minute period, Canisteo-Greenwood (5-0) turned up the heat in the second quarter with the tag team of Lillian Mullen and Brooke Burd found their rhythm with the majority of the team’s offense in the midst of their 17-6 run of the Lady Lakers, breaking away towards a 23-14 lead at the break.

A lead they would not lose, as the key attack provided by Bailey Mullen and her eight third quarter points helped the Lady Redskins secure their advantage over Hammondsport once and for all to pick up a 5-0 start to their season back home.

Lillian Mullen and Brooke Burd would lead Canisteo-Greenwood in scoring with 13 team-high points each, with Mullen recording seven boards, seven steals and five assists to fuel her special teams effort, while Burd recorded a double-double behind her 12 boards. Bailey Mullen also chipped in with a double-double of her own, finishing with 11 points and 12 rebounds. Elaine Roach added in six rebounds to help round off.

The Lady Redskins will now take the next week to prepare for another road trip, as they head down the road to Greenwood to meet the Jasper-Troupsburg Lady Wildcats in a 6 p.m. tip-off, next Friday night. 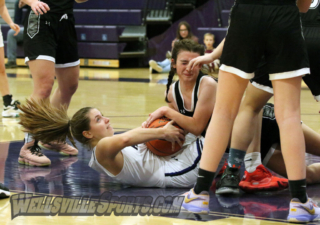 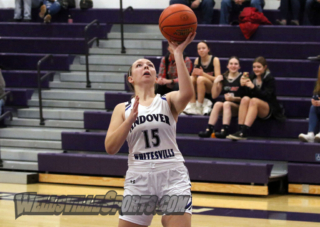 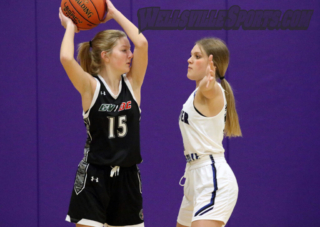 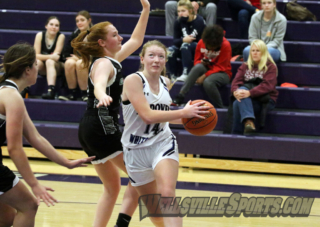 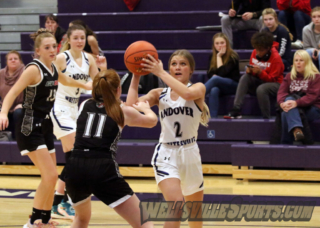 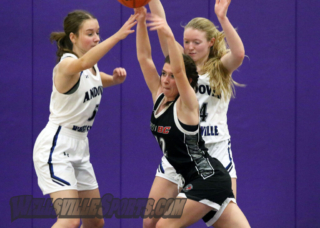 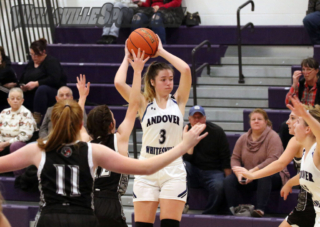 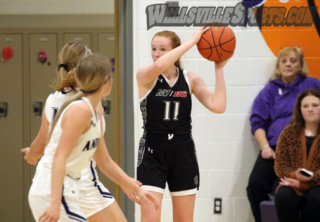 Wellsville-FIllmore to clash in IAABO Tournament Championship game after wins

Giant Food Mart in Wellsville raises over $3,000 for the SPCA Serving Allegany County