WELLSVILLE — There is no better way to open up a game, than by setting the tone almost immediately against your opponent. With the Wellsville Lions back home on Monday to open their new week with perhaps their toughest challenge yet in Class C powerhouse Keshequa, it was exactly the kind of game to get an early jump in.

But for the visiting Indians, that was exactly what they did against the Lions in not just the first half, but in both, as they scored a goal in the first 10 minutes of each session to help set the bar — one that Wellsville could not find a way to reach in what was a 2-0 blank for the visitors in white and orange.

Keshequa set the pace right in the first 10 minutes against the Lions (3-5), pushing the tempo into the offensive zone until they managed to find a capitalization to put into the net. Their opportunity came five minutes in, as Aiden Howe intercepted a potential clear out of the zone by the hosts, as his trap in front of the net turned into a pass for Nathan Thayer to knock home through the grasp of Logan Dunbar in goal, and in to break the ice.

The lead would hold for the remainder of the first 40 minute session, as the Indians continued to hold the Lions strong, despite some strong opportunities they would develop along the way. Perhaps their best chance to strike came from a rush led by Ethan Bailey after a pass on the way into the zone from Ayden Faulkner, leading to a wide open look in front of the Keshequa goal. Two shots were provided on the play, both of which were stopped to prevent anything further.

When the second half took effect, the Indians went back to what they did to start the night — acting fast.

Again in the first 10 minutes of the period, a pass directed straight up the middle from Thayer after a drop pass back to him, was sent. It would lead to a perfectly placed ball on the run in from Ian Hinrich, sending it past Dunbar to the far post at the seven minute mark to give the Indians an early piece of insurance to help ultimately seal their victory in the end.

Keshequa went on to outshoot Wellsville by an 11-5 count, with Dunbar finishing the night with nine saves. Grey Miller would make all five saves on the other end for the Indians, keeping the shutout intact across all 80 minutes.

The Lions are back in action on the road Wednesday night, as they prepare for a 6 p.m. first kick against Andover/Whitesville just down the road, in Andover.

FILLMORE — If there is one thing that remains unchanged, it’s that the Eagles of Fillmore are still a force to be reckoned with. On Monday, the defending Class D champs were all over the field against visiting Jasper-Troupsburg, as Mitch Ward fired off a first half hat trick in the opening stages to set up shop in their 6-0 blanking of the Wildcats to record their sixth straight win to open their campaign.

Ward gave Fillmore (6-0) a first half explosion on offense, scoring a first half hat trick in the first 10 minutes of play, with his first coming nearly two minutes after the opening draw at center. At the three and 11 minute marks, he would go on to complete it, handing passes from Henry Sardina and Aiden Wagner each and putting them away to compile a 3-0 lead.

Sardina would go on to add some help of his own on offense to close out the first half scoring, netting his fourth of the season off a Damon Wood pass at the 16:02 mark to extend the Eagles lead to four at the break.

Luke Colombo recorded his fourth shutout in the first six games in between the posts.

CUBA — The Panthers of Houghton Academy made sure time in the first half was well spent over the road at Cuba-Rushford on Monday, as they established a two-goal lead at the break and built upon it later on to keep the host Rebels on their feet to return home victorious at the end of the night with a strong 4-1 road win.

Houghton Academy (4-2) started their day off on a high note, taking a momentous 2-0 lead on Cuba-Rushford with Brian Patipewe and Pedro Rebello helping the cause with a goal each to break it open. It was a lead that the Panthers would hold through and into the second half, when they added more fuel to the fire with a pair of goals off the foot of Lucas Matias to ultimately branch their lead out insurmountably.

Despite the 4-0 lead that the Panthers would take, the possibility of a shutout was eliminated by the Rebels (3-6) in the final minutes of the game, as Tanner Lewis intercepted a potential clear from the Houghton Academy defense deep in their zone, taking the ball away and ripping it home with 1:37 left to play.

Houghton Academy would go on to narrowly outshoot Cuba-Rushford by a 10-8 count, with Marco Zanini making seven saves for the victory. On the other end, Adam Shaffer set aside six shots himself for the Rebels.

BELFAST — After what was a midfield battle all throughout the first half, both Andover/Whitesville and Genesee Valley/Belfast would have their fair share of chances on offense. With those, the cracking into one another’s defense, would keep growing larger.

Down the home stretch of the first half, the game would work its way towards a 1-1 tie. But for one of them, scoring the last goal of the half would give them a humongous boost of energy in time for the second and final half.

That would be beneficial for Genesee Valley/Belfast, who fell behind 1-0 quickly, but would radically rebound themselves just as fast, scoring a game-tying goal which would help allot for the next four unanswered altogether to fly towards victory by a 4-1 count over Andover/Whitesville on Monday, in Belfast.

“It was 1-1 at the half, and we held them to just the one shot they scored on. The second half came, and we finally started to play in our positions and we managed to find the back of the net because of it,” said GV/Belfast coach Mark Sullivan. “That was the big difference. Cody (Borden) did a nice job with his boys, and we reminisced about some old times that we had when he was my goalkeeper during our States run. His boys will get better as time goes on, and they’re in good hands over there with him around. He’s a class act.”

Under 10 minutes left in the midst of the midfield battle in the opening half, both teams would exchange enough pleasantries to where the goals would soon come knocking on the door, with Andover/Whitesville starting it off with a CJ Estep cross to the front of the Genesee Valley/Belfast goal, garnering enough height and speed to reach the awaiting header of Brody Vance parked out front to open the scoring at the 7:11 mark.

Nearly four minutes removed from the opener, Genesee Valley/Belfast (3-3) responded by ending the half with a tie game, as Evan Turybury scored the first of his two goals off a solo rush into the offensive zone. The goal would help spark the offense to much bigger things for the second half.

In the last 40 minutes, the hosts would score the next three unanswered goals against Andover/Whitesville (1-6), with the go-ahead tally coming from Sal Gambino, who also took a solo rush into the offensive zone for the score at the 32:50 mark. Pieces of insurance would soon come after, just six minutes removed, as Turybury found the back of the net a second time for Genesee Valley/Belfast, this time connecting with Matt Cater on the goal.

Alessandro Marotca would put a bow on the victory for the hosts with a goal of his own provided by Cannan Sullivan with under 10 minutes remaining to conclude the scoring across the board. In all, Genesee Valley/Belfast won the shot department battle by a 16-5 count, with Thai Norasethaporn making four saves to take the win.

Andover/Whitesville saw Landon Ordway remain active in goal, as he put a stop to 12 shots.

“It’s always fun to go back home and see people you grew up with,” said Andover/Whitesville coach Cody Borden, who is a Belfast grad and former player under Sullivan. “Mark is a great guy and I have a ton of amazing memories as a player for him. It was an honor to get to coach against him, and I look forward to many more amazing battles as the years continue. I’m just proud that our guys played hard. We made some mistakes, but there were definitely some positives that we were able to take away from this.”

HINSDALE — Just a single goal was able to work its way into the back of the net Monday night in Hinsdale, and it was a goal that belonged to visiting Alfred-Almond, as they garnered a first half lead that they managed to hold onto until the end despite some pressure from the Bobcats, to secure a 1-0 shutout over the road.

Nearing crunch time in the first half, Alfred-Almond saw a Max Bogibekov pass being worked up to Nolan Tormey on the rush in towards the Hinsdale net. With patience, the Eagles attacker managed to find the back of the netting behind Ethan Chapman in goal to give them the lead that they would go on to never lose in the end, securing the victory.

The goal for the Eagles was one of 15 total shots that they applied against Hinsdale (1-5), outshooting the Bobcats by a 15-6 count in all. All six of those Bobcats shots were set aside by Hunter Smith in goal, recording the shutout along the way while Chapman made 14 saves in return for the hosts. 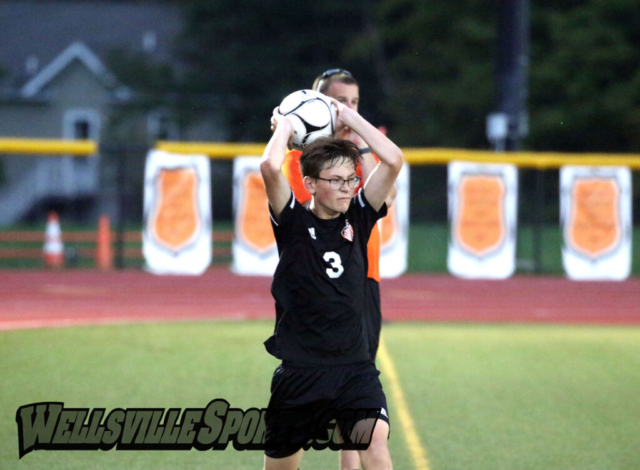 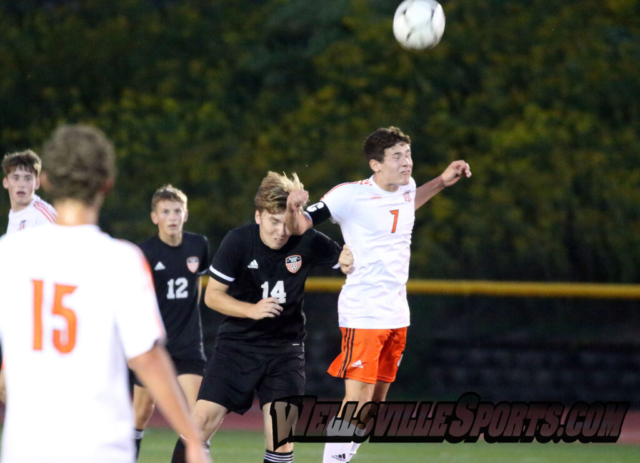 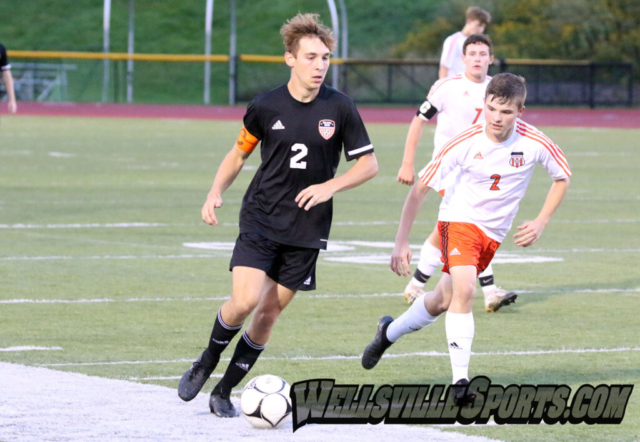 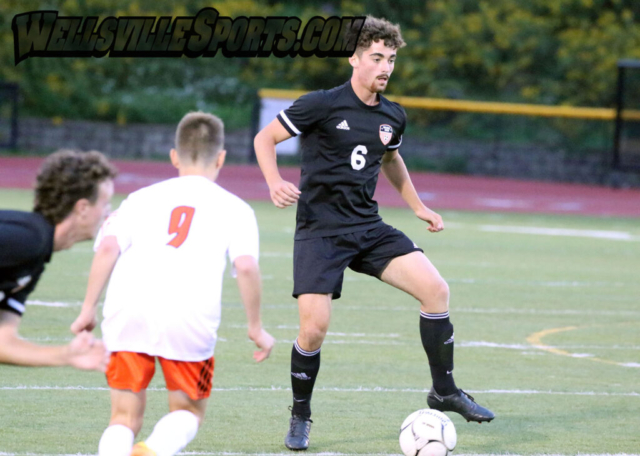 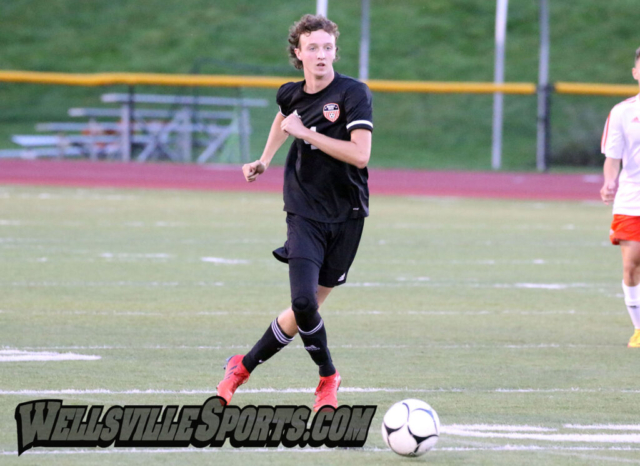 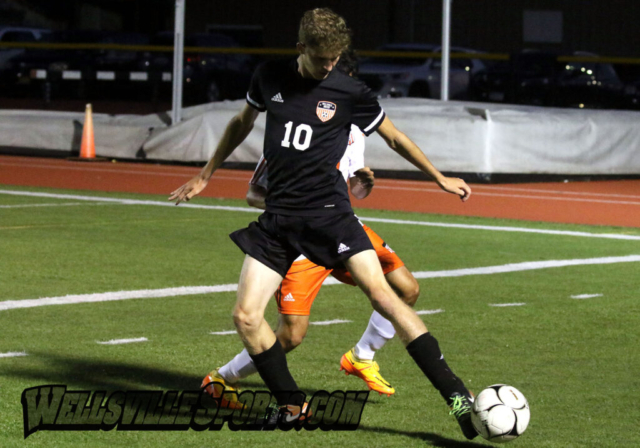 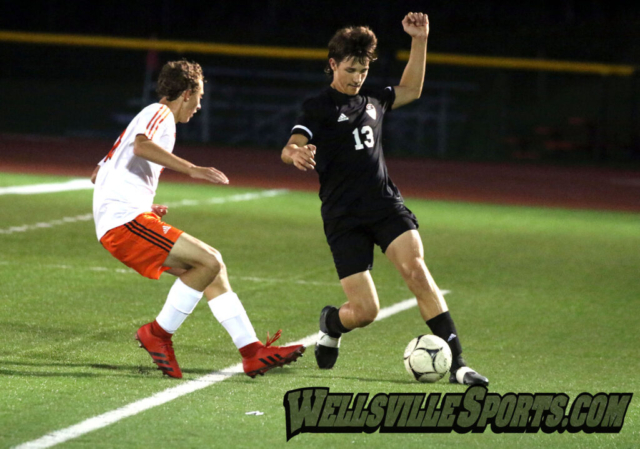 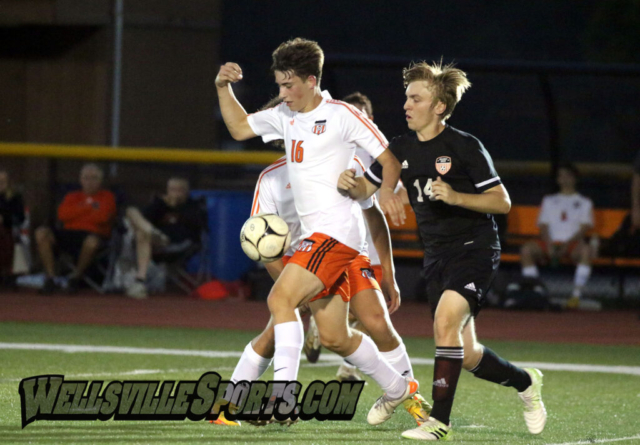 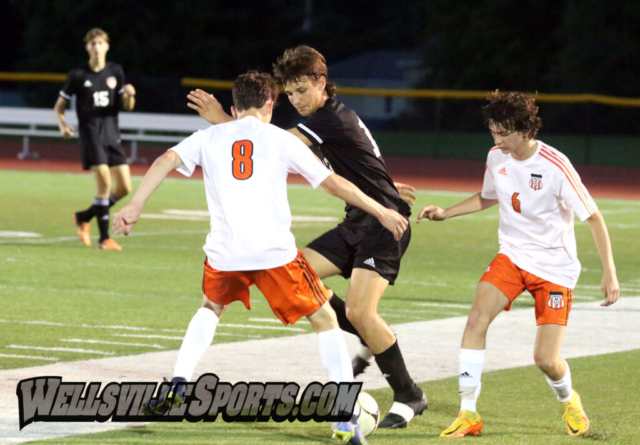 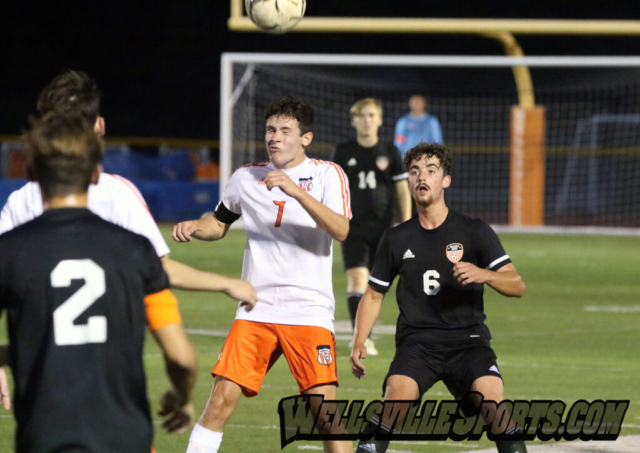 This Saturday in Hornell: A walk for racial and religous healing

How is your internet service? Important survey for all Allegany county residents