FILLMORE/WELLSVILLE — Both Fillmore and Wellsville were two busy venues for some soccer on a gorgeous Monday evening, as both boys and girls squads did battle with one another up north and right here at home, with the Fillmore boys and Wellsville girls squads each hosting their home opener.

Up north in Fillmore, it was the defending Class D State Finalist’s first night on their home turf after opening their first two games on the road. Although the Eagles were away from action for over a week, it didn’t slow them down one bit.

Coming out of the gates strong against the visiting Lions to start the night, was senior phenom Mitch Ward, as he posted Fillmore’s first two goals to help set up shop for bigger things to come after halftime, concluding the night with a hat trick to put towards what was a 5-0 shutout to open up their home slate of games.

“I think the boys were really hungry to play at home for the first time tonight. Mitch got us going early, and I felt like our guys in the middle of the field did a great job of winning their battles and controlling the tempo,” said Eagles coach Jarrett Vosburg. “Zach Sisson in particular, he had a great first half of winning his individual battles. I was really proud of our effort, and Wellsville has some very good, very young players who are only going to continue to get better as the season progresses.”

Mitch Ward wasted no time flying out of the gates at a high rate of speed for the Eagles (3-0), as he posted his opening pair of goals in the first 10 minutes of play. The first coming after carving through the Wellsville defense parked out front of the net, providing a shot through a screen in front of Logan Dunbar in between the posts that winds up going underneath him and in to break the ice.

Ward’s next goal came no more than five minutes later, dropping a dump-off pass to Zach Sisson on the way into the zone before getting right back on the rush in the right wing again. After finessing his way past the Lions (2-3) defense again, his shot went opposite side far post on Dunbar to branch out the early lead.

The offense continued to attack Wellsville deep in their own defensive zone all throughout the first half, and it would carry on in the second half, when more pieces to the puzzle were added. Eben Schilke would have a hand in the next two Fillmore goals via assist, with the first being sent along to the front off his corner kick. Soon after, it was met with a perfect header by Layton Sanasith, nearly five minutes removed from the kick at center.

Past midway, Fillmore would finish off the scoring with their last two goals in a five-minute span, beginning with Ward’s hat trick-clinching goal off of Schilke’s final helper at the 67:56 mark. A short time passed, and Jack Cool put a bow on the home-opening victory with his penalty kick goal with eight minutes remaining.

All five goals were scored off 27 total shots at the Wellsville cage, as they outshot the Lions by a 27-3 count. Luke Colombo would make all three saves to pick up the shutout, while Dunbar made 22 saves.

While the Fillmore boys issued a shutout up north, down south, it was a similar case scenario for the Lady Eagles of Fillmore in Wellsville, where the Russell connection was simply unstoppable once again.

The Hope and Grace Russell tandem paid a ton of dividends throughout the night to spoil Wellsville’s home opener, as Hope scored five of the team’s seven goals, while Grace handed out assists four times to set the table for a 7-0 shutout victory to resume kickstarting their Class D title defense behind their fourth straight win.

The Lady Eagles (4-0) took a 4-0 lead on Wellsville after the first 40 minutes of play, with Hope Russell scoring a first half hat trick to boost her total to 14 on the season. Grace Russell would hand out assists on two of the goals, while Emma Beardsley provided two of her own, including the hat trick-clinching assist for Russell at the 26 minute mark.

Two minutes removed from taking a 3-0 lead on the Lady Lions, Beardsley would then dish the ball out to Malory DeRock to close out the scoring.

Three more goals found the back of the net for the Lady Eagles in a span of seven minutes to officially end the attacking on the frontlines, all recorded by Hope (two goals, assist) and Grace (goal, two assists) Russell.

Preslee Miller would record a pair of saves in goal for the Lady Eagles to tally the shutout, while Makenna Dunbar made 13 saves for Wellsville (0-4-1).

All four teams are back in action in the coming days. Here’s a look below at when they will be in action next:

Fillmore boys — at Genesee Valley/Belfast, Thursday at 7 p.m. (at GV) 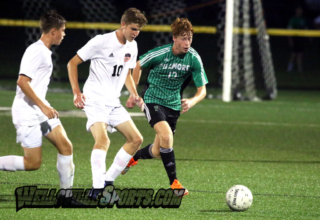 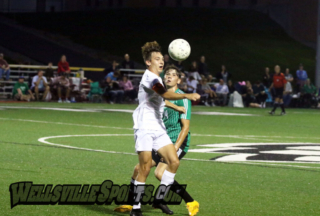 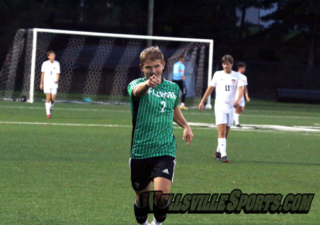 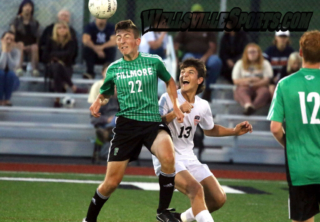 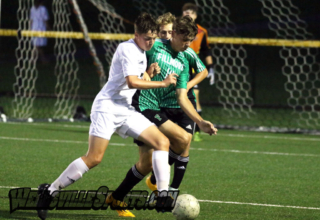 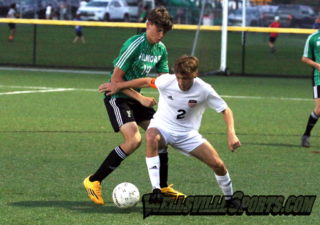 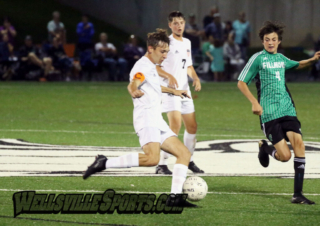 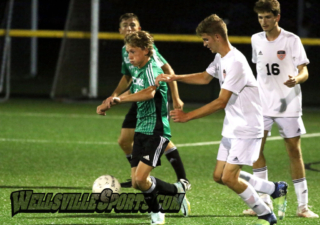 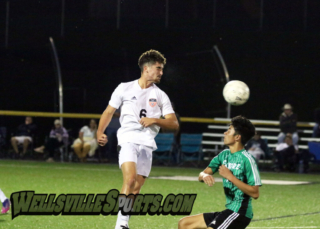 Lots of progress at Giant Food Mart in Wellsville