Photos and story By CHRIS BROOKS

WHITESVILLE — Only one game took center stage in the midst of the downpouring rain across the area on Monday. In Whitesville, despite the messy conditions, the Rebels of Cuba-Rushford and host Andover/Whitesville went on a scoring spree.

When all 80 minutes saw its completion, 10 goals found the back of the net between the two clubs. Six of those belonged to a dynamic duo who helped set the tone early — Jacob Smith and Tanner Lewis, as Smith recorded a first half hat trick within his four-goal evening, while Tanner Lewis found the back of the net twice for the Rebels, who staved off some late pressure from Andover/Whitesville to take the 6-4 road win.

The Rebels (1-0) wasted no time getting on the board first with the first four goals, their opener coming just four minutes after the kick at center on an own-goal committed by the Andover/Whitesville defense. That was last touched by Smith, who was awarded his first of four goals.

The game would remain still until the heat picked back up again past the halfway mark, when the Rebels added to their lead with three goals in a four minute span, with Lewis adding his first after an attempted goal kick clear found a trap just outside the box. He would carry possession all the way back into the Andover/Whitesville (0-2) zone, where he would fire a shot straight at the underside of the crossbar, finding the momentum to go into the back of the net.

Smith would then find the back of the net two more times for Cuba-Rushford to complete his first half hat trick, with both goals being capitalized on from within the Andover/Whitesville box, garnering possession for a solo rush in towards goal each time, evading a potential sliding save from Landon Ordway and firing the shot into the empty net.

The four-goal lead would be the biggest advantage the Rebels would capture against the hosts in purple. Minutes after Smith’s third of the game, Andover/Whitesville worked their way onto the board with help from Kaiden Miller, punctuating a miscue by the Cuba-Rushford defense in the right wing. His hard shot worked its way across the front of the cage, and towards the far post and into the goal to erase the possibility of a shutout.

Will Kent would cut the deficit in half with 2:44 left in the half on Andover/Whitesville’s latest rush into the zone, freezing with possession next to the near Cuba-Rushford post, putting a shot on goal that slipped through the hands of goalkeeper Joe Zeh, and into the net.

Andover/Whitesville would get to within one right at the start of the second half, as Colton Calladine picked up a feed from Kent just 32 seconds off the clock to narrow Cuba-Rushford’s lead down. But the advantage for the Rebels would get pushed back out again to three with Lewis and Smith finding their final goals, with Lewis heading the ball into the net and Smith making his way in on goal with 10 minutes remaining.

One last goal was scored by Andover/Whitesville from Brody Vance off a feed from Brody Carlin with 6:51 left to go.

Zeh would pick up the win in goal, putting a stop to 11 saves, while Landon Ordway made 12 saves for the hosts.

Both teams will meet again on Thursday in the first round of the Brock Young Tournament in Scio, beginning with a 5 p.m. opening kick. Bolivar-Richburg and Friendship/Scio will follow to close out the action, at 7 p.m. 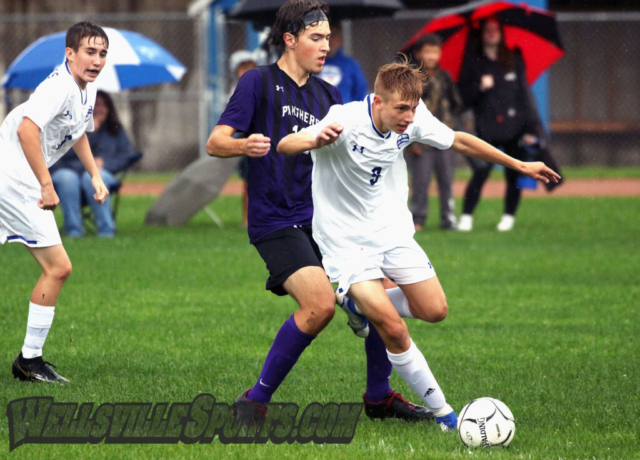 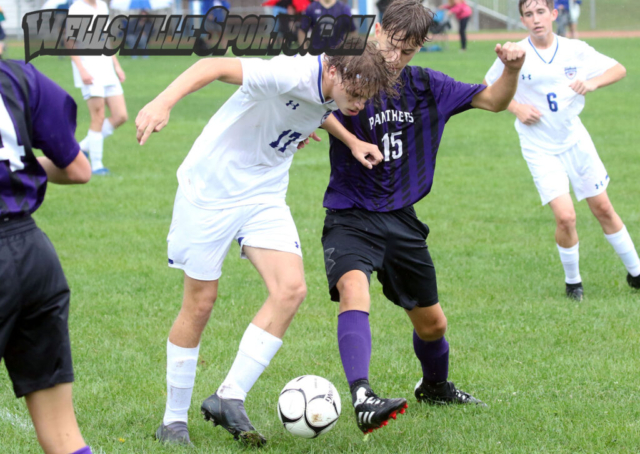 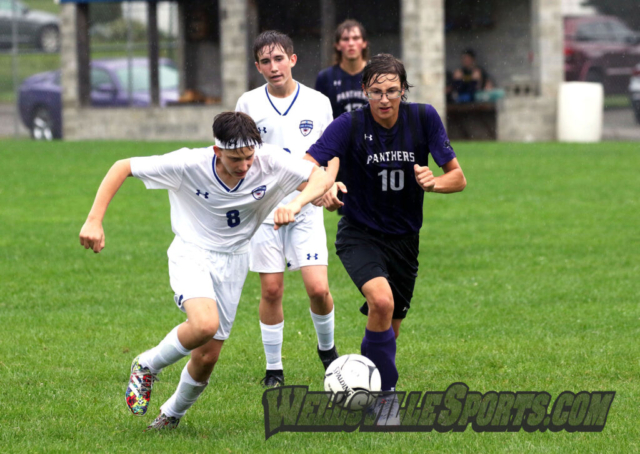 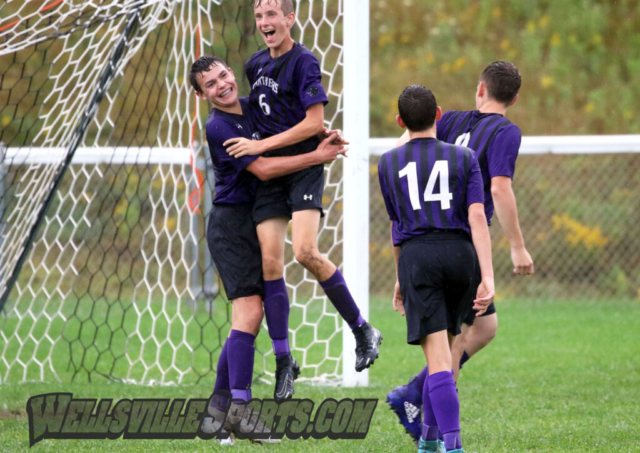 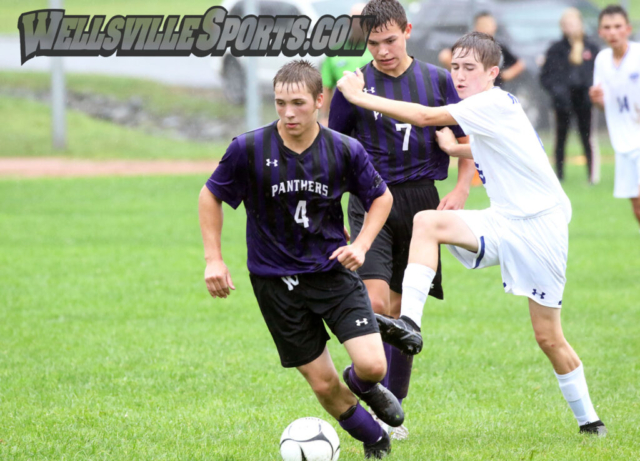 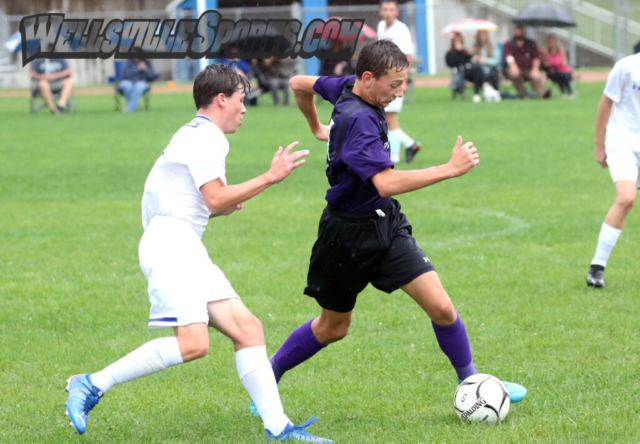