WEBSTER — Inscribed on many t-shirts worn by their fans, and their coaches. Inscribed on a wooden sign with a black and orange Lion’s paw that hangs on the clubhouse at Tullar Field. A seven-letter word that touts a vast amount of power and motivation. A word that can be used as a mechanism for instilling success.

The word ‘believe’ has become the team motto for the Lions of Wellsville. And because of it, they found themselves 21 more outs away from clinching their second straight Class B2 Championship.

For their final obstacle in their route towards regaining glory, a win against No. 2 Bath-Haverling was required up north on the confines of Webster Schroeder.

What a game it would turn out to be on Saturday.

The Rams and Lions would hunker down and engage in a what was a defensive battle for the ages. Throughout the entire war, the runs would become rare to collect. In the midst of it, Bath-Haverling’s Kaili Witherall and Wellsville’s Makenzie Cowburn traded back and forth haymakers from within their respective circles.

Combined, they would hand out 20 total chairs.

On offense, just three runs off six total hits between the two clubs decided who would become this year’s champion, with the first coming from the Rams to go on top of Wellsville to begin the homestretch decent.

Even though the Lions fell into a quick hole, they would remind themselves of that signature phrase to keep their hopes alive.

With each swing of the bat, the Lady Lions built up momentum. When it came time to unleash, the energy was put to good use. In the bottom of the fifth, the bases would become filled, as it would ignite what would be their biggest chance to springboard ahead of Bath-Haverling.

With a full churn of the pistons rolling, Sawyer Burke would go on to change the game completely.

The Lions sophomore would become the hero that would save their season, as she lined a base hit through the gap between second base and shortstop, reaching center field slowly while garnering enough distance to score not one, but two enormous runs to put the top-seeds ahead.

That would leave the rest of the game on the shoulders of the defense, which was able to provide a 1-2-3 led by Marissa Ordway and her glove at first base that secured the final out in foul territory to secure Wellsville’s incredible 2-1 victory over the Rams to officially go back-to-back as Class B2 Champions.

“I want to start off by saying hats off to Haverling, they have an amazing pitcher, an amazing catcher and they are coached very well,” said Wellsville coach Matt Burke. “What a challenge it was for us today. I am really happy with how our kids never gave up. I couldn’t be more proud, and you know what you’re going to get when Makenzie (Cowburn) takes the circle. She did not disappoint. This is a great moment for Wellsville softball.”

Cowburn and Witherall went back-and-forth through a defensively active first three innings of play on each side. Just one hit was gathered during that span between the two clubs, garnered by Bath-Haverling’s Rylie Hoad, who poked a one-out single up the middle during the team’s opening at-bats.

The Lady Lions (19-3) would remain frozen during that time against Witherall, who handed out seven of her 11 strikeouts. The dominant start for the Lady Rams hurler would morph into a big boost of energy for their next plate appearance in the top of the fourth.

An inning where the ice found finally see its first break.

Caydence Spears provided the one big hit out of the team’s four in all to get Bath-Haverling on the board, driving an absolute rocket into deep right field where it took one big bounce off the turf and over the fence for an RBI ground-rule double

No more momentum was gained after the Lady Lions were able to work their way off, but momentum on defense continued after another quick stand resulted in their fourth consecutive shutout inning.

As the action began to shift over into the fifth, Burke pulled his team aside for a brief conversation. The message – make something happen.

“We needed baserunners. It wasn’t over by any means. That’s why softball is such a wonderful game,” he said. “It’s not a timed game when you have outs to give. You might run out of innings, but you will never run out of time. That’s what we knew. We had nine outs left to make something happen. Even as we got into the fifth, we still had that feeling that something was going to happen. We were fortunate that it did.”

It most certainly did.

After Marissa Ordway started off Wellsville’s fifth inning stand of offense with a double down the left field line, Makenna Dunbar and Lindsay Stuck would each work their way on base off singles to load up the bases behind the Bath-Haverling defense. That coming with no out in their first three at-bats.

The pistons began churning on what was the biggest offensive crisis of the game for either side. As a result, the Lions cashed in.

With one out, a turning of tides occurred. Sawyer Burke delivered perhaps one of the biggest hits of her career on a base hit straight up the middle into shallow center field. Using their legs to work their way around the bases, both Ordway and Dunbar would find their way home off of Burke’s incredible, clutch two-run single to give them the lead to control coming down the homestretch.

“Their pitcher had great velocity, she spun it, she mixed her pitches, changed speeds. She’s everything that we tried to handle, and more,” said Burke of Witherall. “Their catcher was excellent defensively with a tremendous arm. Runs were certainly going to be tough to come by, but I couldn’t have been more proud of Sawyer with her great at-bat in a clutch situation. That was set up by a great at-bat by Marissa to get us started.”

In the last full inning of action, the Lady Lions were able to scour a 1-2-3 inning of defense – perhaps the biggest of the game with the game-tying run aboard for Bath-Haverling. With two outs, the top-seeds pulled the plug on the attempt with a massive throw from home to second, a Brazen Beckwith-to-Marley Adams connection that ended the inning, and their best chance of tying the game.

A connection that has been really difficult for opposing teams to handle through the course of the season.

“That’s been happening all year long, and Brazen is an excellent catcher. It’s not surprising that play was made between her and Marley at second,” Burke said. “The combination that the two share when opposing teams steal is really, really tough. Brazen executed, and Marley caught it to make the play. It was a great play on both ends.”

The rest of course, was history, as the Lady Lions came up with one final 1-2-3 inning of the Lady Rams in the top of the seventh, led by Ordway’s glove, securing two pop-outs to wrap up shop on the team’s second consecutive Class B2 Championship victory in thrilling fashion.

As for Cowburn, she would survive the pitcher’s duel against Witherall in the end, picking up the victory behind nine strikeouts and just one walk while tossing a four-hitter.

Up next for the Lions is a trip to Honeoye Falls-Lima on Tuesday, as they now begin preparations to face Class B1 Champion Waterloo in the Class B State Qualifier game slated for a 6 p.m. start.

The winner will head for Grand Island next weekend to partake in the Far West Regional game, where they will meet either Depew or Fredonia of Section VI.

For now, Burke says the team will enjoy another glorified moment in softball lore before beginning their preparations to get back work after the Memorial Day weekend.

“We’re going to get on a fire truck tonight, and enjoy this moment. Then we’ll start to think about our next opponent,” said Burke. “We’ve talked all year about staying in the present, and we’re going to do that with the bus ride home. We’re going to enjoy what these kids worked hard for, and what they’ve earned.” 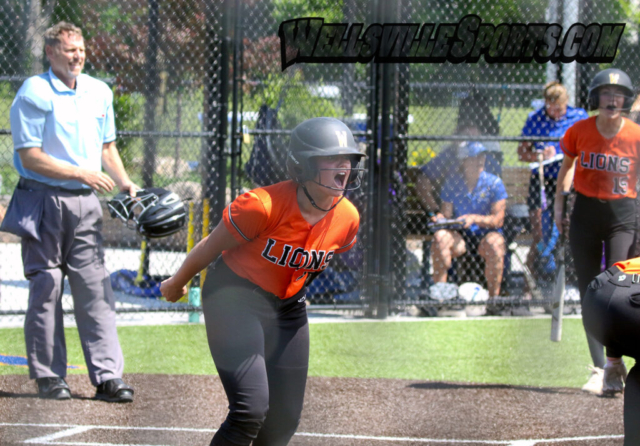 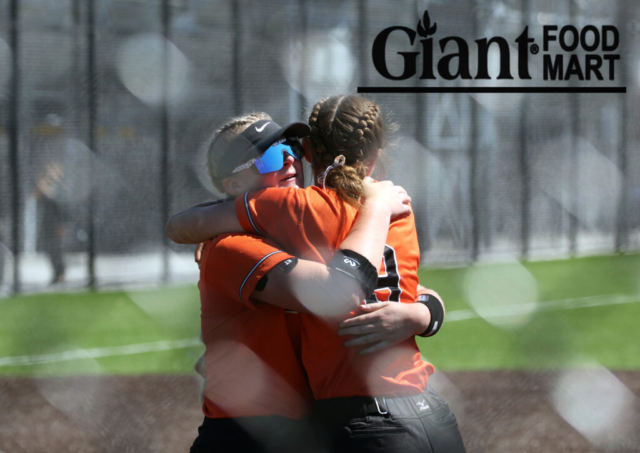 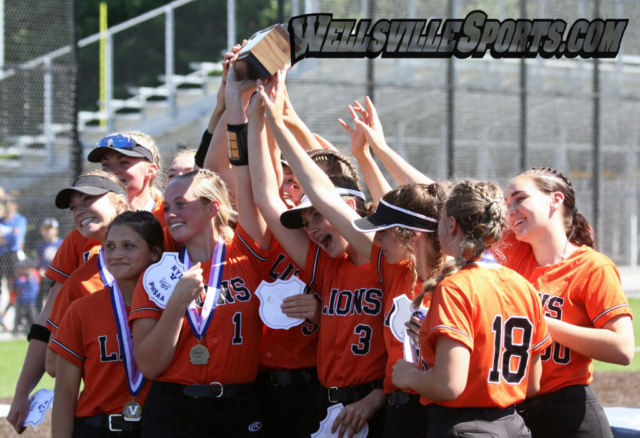 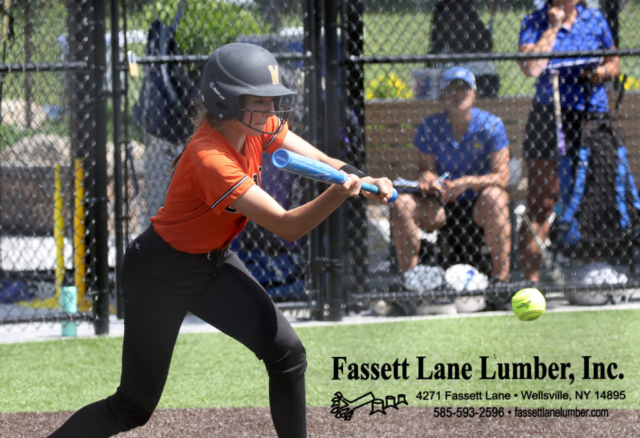 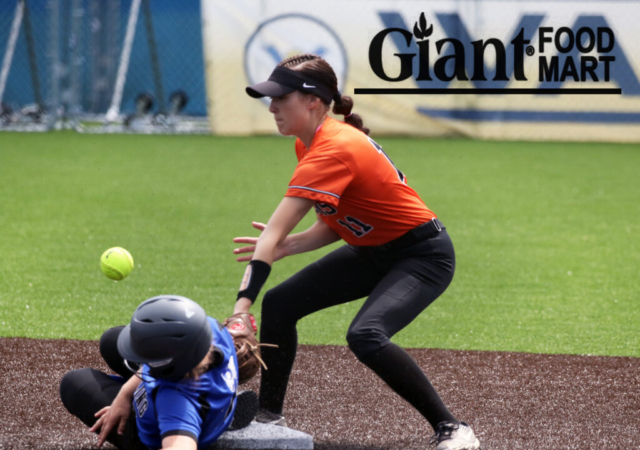 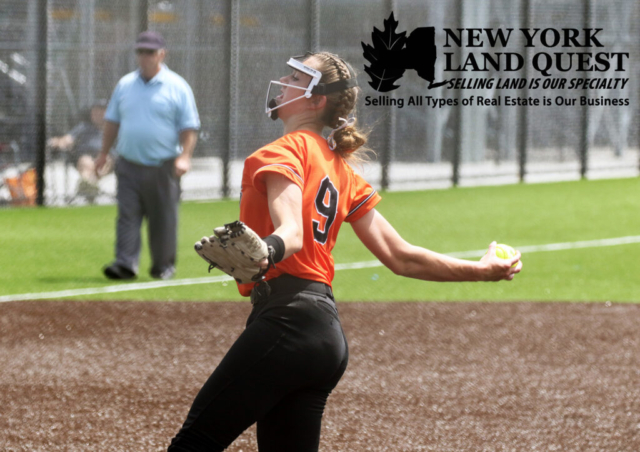 1 in 345 children are afflicted with Cerebral Palsy