HONEOYE FALLS — During their Sectional journey so far, the Lady Wolverines of Bolivar-Richburg have shown glimpses of resiliency.

The No. 3 seeds of Class C3 showcased that most recently in a game that was perhaps the toughest they’ve encountered all season against No. 2 Keshequa, breaking a 1-1 tie with four unanswered runs scoring in the midst of the endgame phase.

That allowed the Lady Wolverines to march their way into the Finals just two days later, setting themselves up with a rematch against No. 1 Lyndonville from a year ago. For the defending champs, the hope was the resiliency would continue to hold strong, while for the Lady Tigers – redemption was on the top of their minds.

For the most part, Lyndonville built a lead right from the beginning that they would hold almost all game long, holding it over Bolivar-Richburg’s head leading up to the final innings of play.

At that point, time was beginning to run out of the Lady Wolverines.

But it was nothing that they couldn’t handle. The rally was on, as the No. 3 seeds slowly but surely chipped away at the early deficit built by the Lady Tigers, getting to within reach by as little as a single run. Not only would the Lady Wolverines begin to mount the pressure, they would provide some of their own into the fray.

Turns out, it wound up fueling the comeback of the season.

Down to their final three outs of their season, Bolivar-Richburg would turn the tables on Lyndonville, as they scored two massive runs in the top of the seventh inning, led by an RBI each from Malayna Ayers and Braelin Bentley that saw them go ahead at the very last moment.

That would allow Jessica Majot to secure the win with her glove, recording two of the last three outs on absolute liners right to the circle, as Bolivar-Richburg put a bow on their second consecutive Class C3 Championship with a wild 4-3 come-from-behind victory over the Lady Tigers at Honeoye Falls-Lima on Saturday.

“We created our team goals the very first day of practice. The girls wanted to get back here all season long,” said Lady Wolverines coach Brooke Lovell. “Being able to go back-to-back is something extremely special to us. Winning one in itself is something that people never do, but to do it two years in a row? That’s pretty exceptional. I truly feel blessed to have coached every player on this team. They are all out there for each other and they bring their best effort every game. The culture we have created is something extraordinary, and as a coach, you can’t ask for much more.”

Before the chase for glory ended with one of the most resilient and amazing comeback victories you may see all season, the Lady Wolverines (20-1) had to do some digging right off the bat in the home half of the first.

Lyndonville was on top of everything to start their tenure of offense at the plate, scoring the game’s first three runs, the first coming on a single from Lorelai Dillenbeck to score a run to get their bats started. Two more runs would come across a short time later with additional help sought from a single-on-error after multiple infield errors by the Lady Wolverines resulted in the runs coming across to score.

But fortunately for Lady Wolverines pitcher Jessica Majot, the three runs would be all that Lyndonville could muster. The rest of the game now laid on the shoulders of Bolivar-Richburg, controlling the game at their own pace on offense, while the Lyndonville defense tried to hold strong until they couldn’t anymore.

In the top of the fifth, Bolivar-Richburg jumpstarted their rally. McKinlee and Madigan Harris each led off the frame with a double to the outfield. On the next at-bat, Majot delivered home the team’s first run with a single heading into left field for a base hit to trim their deficit down to a pair of runs.

The action would begin to intensify in the same inning between the two clubs, as Lyndonville would hold the Lady Wolverines scoreless on the field behind a solid 5-3-5 double play in the field to end the inning. In turn, the Bolivar-Richburg defense had the same thing happen for them.

Dillenbeck slapped a hard shot towards left field, but a leaping Malayna Ayers into the air a shortstop grabs the second out at the plate before firing across a throw to first for Bentley to fore a tag on the runner who was caught off guard, ending the sixth inning in the process.

Lovell said the double play was the exact momentum builder they needed.

“Malayna’s catch was the momentum shift that we needed. She continues to play phenomenal defense behind Jessica as well,” Lovell said. “Down the stretch, we continued to preach that we needed quality at-bats and baserunners. We hoped that it would pay off for us eventually, and how we have only a few opportunities left.”

The Lady Wolverines were now down to their last two chances of perhaps their 2022 campaign. Instead, they had other plans. And that comes with some more runs, with the sixth inning marking another run for a 3-2 deficit after Haley Mascho opened up the Lyndonville defense with a two-out single into left field, scoring Allie Zilker.

Then the tides. They soon became overwhelming.

After a massive double-play set up by Malayna Ayers and her leaping grab at shortstop, the Lady Wolverines would take matters into their own hands at least one more time with another quick stand of offense in the top of the seventh.

The game-changing inning had arrived.

With the heart and soul of their lineup reaching the plate this inning, Majot and Madigan Harris both led off the frame by reaching base behind a pair of singles. Both runners would wind up in scoring position in time for a flyout by Ayers, scoring Ayers from third to inch ever so closer to the Lady Tigers’ reach going into the seventh inning.

The momentum from the team’s last defensive stand stayed right with the Lady Wolverines, who were able to put the finishing touches on an amazing, come-from-behind victory with a 1-2-3 of the Lyndonville defense to put an end to the game, and the exclamation point on their second straight Class C3 Title.

“We had the perfect spot in our lineup going into the seventh, so I figured we were in great hands,” said Lovell. “Watching the last two innings unfold was incredible. I am so proud of the grit and the effort my girls showed to give us this win.”

Majot would record three strikeouts and a walk to lead the bats, while becoming the team’s leading hitter in the process by going 3-for-4. Ayers chipped in with two hits of her own, while Madigan Harris finished with her double in the early stages.

With their second straight Class C3 Championship now in their back pocket, the shift is now focused on the Class C Play-In game, which will take place on Tuesday in Fillmore beginning in a 6:30 p.m. first pitch, as the Lady Wolverines will get set to do battle against Class C2 Champion, Oakfield-Alabama.

The winner will officially weave their way into the State Qualifier round to take on Class C1 Champion – the Lady Braves of Avon, on Wednesday right back at Fillmore in a 6:30 p.m. first pitch. 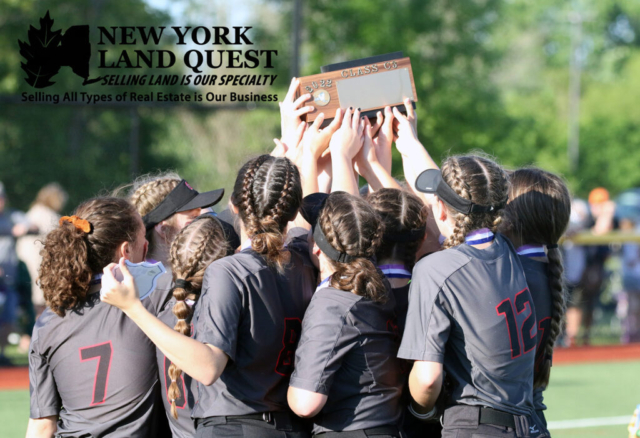 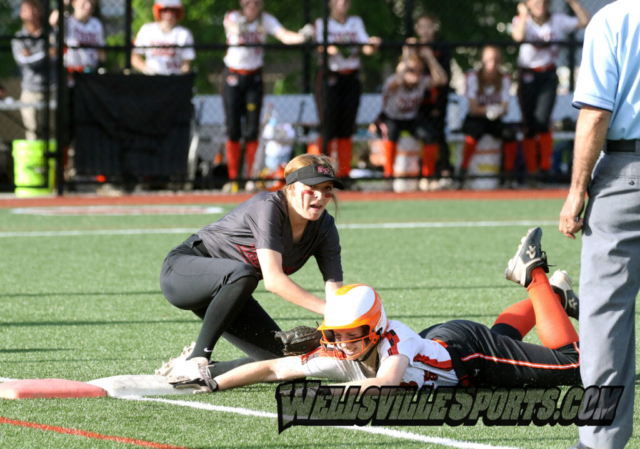 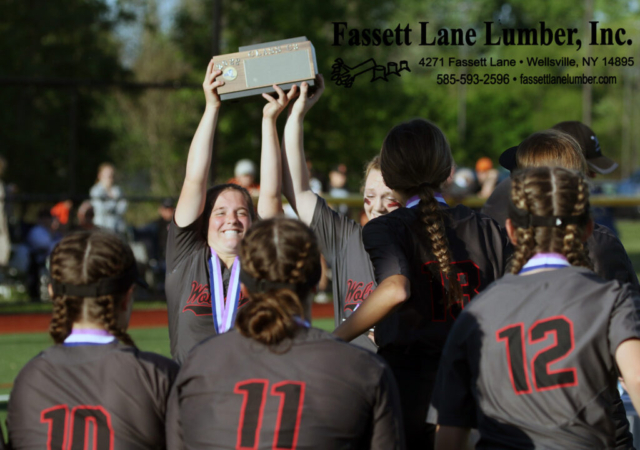 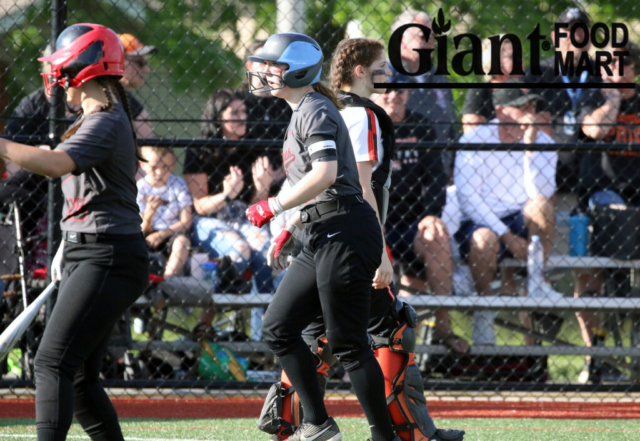 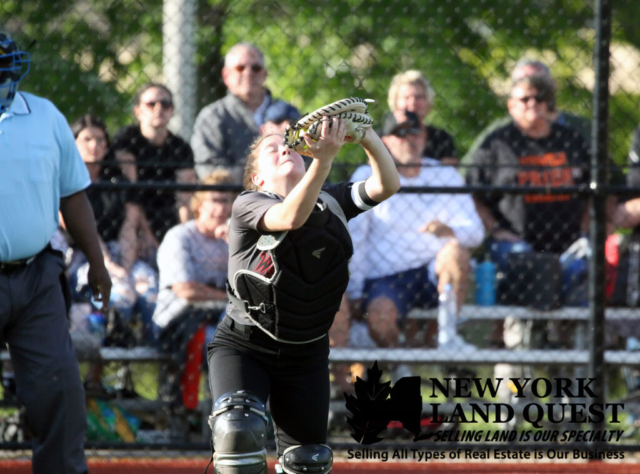 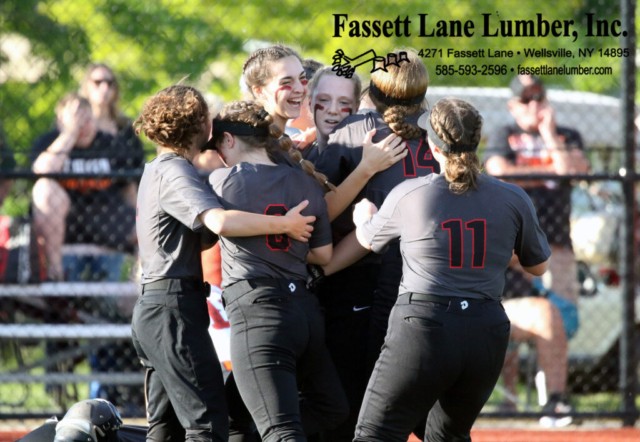 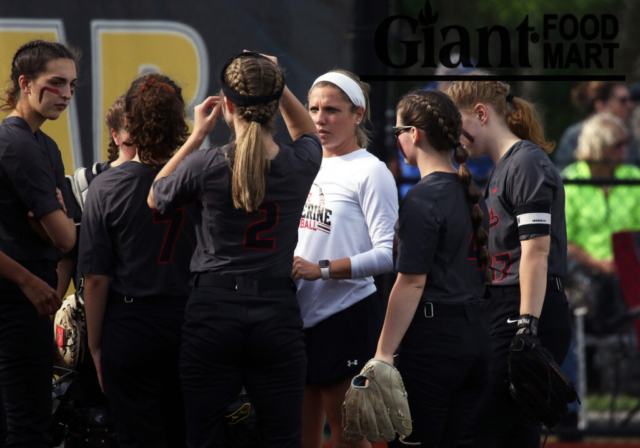 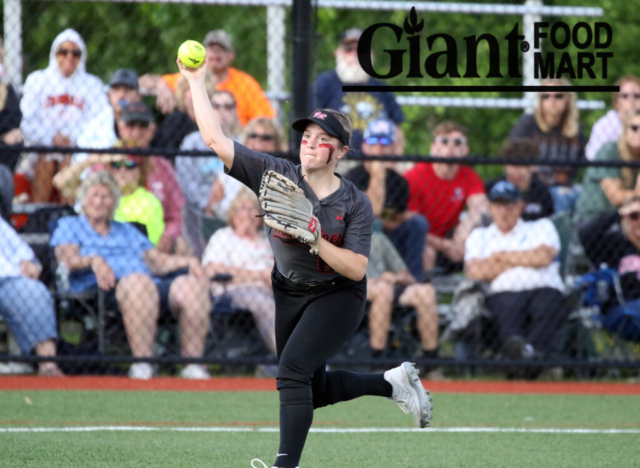 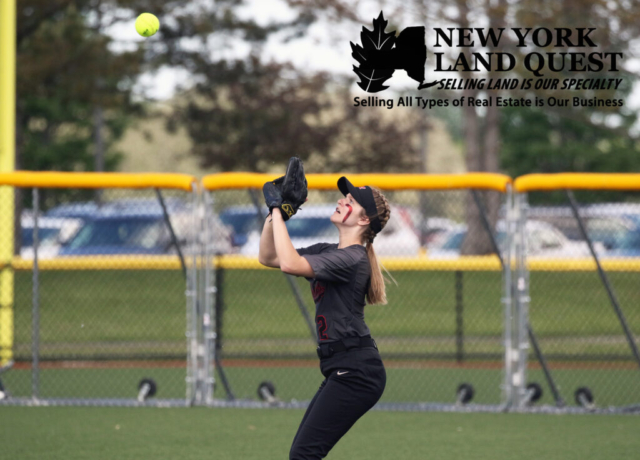