WELLSVILLE — The regular season for Marley Adams with the Lady Lions of Wellsville has initiated its final countdown.

There were emotions shared, tears shed and memories relived for Wellsville’s lone Senior who they honored before taking the field against East Aurora, Saturday night, as she went around the infield touching each bag and greeting her teammates one by one before coming back home to meet her coaches.

It would only be fitting for a day of this magnitude to end with something that the Lady Lions have done so well this season: win.

That would come after another stellar day of offense at the plate, as Adams led an offensive brigade at the plate that saw five different hitters record a pair of knocks, while in the field, Makenzie Cowburn kept East Aurora off the board behind another dominant start from within the circle, as Wellsville rolled toward an 8-0 shutout.

The win for the Lady Lions marks the 28th straight for the program that they have collected from upon their home confines of historic Tullar Field, dating back to the 2018 Postseason with a win over Midlakes in the Class B2 Tournament.

“It’s fitting that Marley had three hits on her Senior Night. She has had a tremendous softball career, and it’s not over yet,” Lady Lions coach Matt Burke said. “She’s a great softball play, and more importantly, an even better person. Makenzie was dominant in the circle tonight, and Emma Dunaway had two more big hits tonight as she continues to swing the bat well all year.”

The Lady Lions (15-2) scored eight runs off 13 total hits, with five different hitters all posting two-hit performances, beginning with both Adams and Emma Dunaway, who started the first inning off with back-to-back singles. They would land on base and eventually come around to score on a deep double to left from Cowburn to break the ice.

More cracks were provided in the next inning for the Lady Lions – their largest of the night. After Cowburn went to work on defense with a three-up, three-down inning all with her arm, Adams drove in a pair of runs on a base hit past short, and into left field, garnering enough distance to extend Wellsville’s lead to four before Brazen Beckwith pushed it to five with an RBI single of her own to bat her in.

If there was any doubt in the home half of the third, Makenna Dunbar made sure none remained, as she crushed a towering high drive to deep left field against the wind. The ball would ward off the elements and find its way out for a lead-off solo bomb to branch Wellsville’s lead for good to pick up the shutout victory.

Adams went 3-for-4 to lead the Lady Lions bats, finishing with three total RBI. Cowburn finished with two hits including her two-run double, while Dunaway, Natalie Adams and Sawyer Burke each collected a pair of hits themselves.

On defense, it was Cowburn’s game to control, as she helped finish off an overpowering tenure in the circle with 18 strikeouts and just two walks while holding East Aurora to a pair of hits at the plate, delivering multiple 1-2-3 innings with her arm in the beginning stages to set the tone right away.

Wellsville is back on Tullar Field on Monday, as they look to avenge an early-season defeat to the hands of the Bolivar-Richburg Lady Wolverines, in a 6 p.m. first pitch on Monday.

RICHBURG — While the baseball team was on their way to securing their second straight tournament title in Bolivar, down the road in Richburg, the Lady Wolverines were looking to end the night with a bang themselves, after their tournament was delayed to the next day due to the Friday rain.

But it would prove to be well worth the wait. Why? – Bolivar-Richburg provided some outstanding pitching and hitting.

It was evident across both games that the Lady Wolverines of Bolivar-Richburg were ready to play, as their defense took over to begin the night with a blanking of Avoca/Prattsburgh, while their bats came alive in the next, as they rolled to a rapid start against Addison to lay claim to a tournament title for themselves, scoring 3-0 and 9-2 victories on Saturday.

In game one, the Lady Wolverines (11-0) looked to Malayna Ayers not only from within the circle, but at the plate to deliver the goods. As a result, the team would score all three of their runs in the first three innings of play – one in each frame, beginning in the first when they broke the ice with a two-out double from Madigan Harris.

On the next at-bat, a clutch RBI single from Ayers would scratch the run across, giving them the early lead. After some key baserunning from Paityn Johnston extended their lead to a pair, Ayers came through once more with her bat, belting a humongous RBI double to the outfield in the bottom of the third to give Bolivar-Richburg a big piece of early insurance.

From the fourth inning forward, the rest of the game rested solely on the shoulders of Ayers, as she went on to deliver a shutout of epic proportions, holding Avoca/Prattsburgh to just two hits while handing out 11 chairs and walking two.

As a team, the Lady Wolverines collected seven hits in all with Ayers finishing the opener with a 3-for-3 outing at the plate. Harris, Johnston, McKinlee Harris and Haley Mascho all chipped in with hits of their own to help the cause.

The momentum the hosts would build on offense, would carry over into the nightcap under the lights. With the tournament’s title on the line, the Lady Wolverines would not waste any time, as they struck while the iron was hot by posting all nine runs in the first four innings of play to immediately put the hammer down on their championship-clinching triumph over the Lady Knights of Addison

In the opening stages, the Lady Wolverines provided a hefty amount of damage to pile against the Lady Knights right away, with Ayers and Maddy Thornton coming through to set the offense up for success behind their RBI singles to garner a 2-0 lead.

After extending their lead out with two more runs in the second, Bolivar-Richburg took it one step forward again with Ayers leading the way, collecting a big two-run double to the outfield before scoring herself on special teams to complete a three-run home half of the third, branching the team’s lead in the process to seven

Addison would erase the shutout bid a half an inning later with a two-run double themselves, but the seven-run advantage would come back shortly after with one final RBI off the bat of Ayers, who sacrificed to the outfield to score a run to help set it up.

In the midst of Bolivar-Richburg’s offensive production, Jessica Majot would assume complete command within the circle, as she helped finish off a perfect night for the Lady Wolverines with another 10-strikeout performance, holding Addison to just four hits along the way.

Meanwhile, Majot along with Thornton and Madigan Harris, all finished with two hits each to pace the attack for the hosts in black and red, with Majot and Thornton driving in a pair in the process.

On Monday, the Lady Wolverines will look to complete the season sweep against the Lady Lions of Wellsville, as they hit the road for a visit to Tullar Field beginning at 6 p.m.

ALMOND — A back and forth affair developed bright and early Saturday morning in Almond. Both Genesee Valley/Belfast and host Alfred-Almond traded some early strikes through the opening segments of their battle.

The heat started to turn up coming down the stretch after Genesee Valley/Belfast developed a one-run lead. Fortunately enough for the Lady JagDogs, it was their bats that provided some major damage, as they went on to score six of the last seven runs to break away from the Lady Eagles and towards a 12-7 road win.

“It was a matter of getting those bats together. There were a lot of mistakes early on, and no one was finding that key hit to get that benefit that they needed,” said Lady JagDogs coach Mark Sullivan. “They had a good fifth inning, and had a good sixth and seventh inning. This is the most hits we’ve had all season, and Alfred-Almond has a nice team. Having a game on Prom is tough, but this was a good win against a team like them, especially with two weeks left in the season.”

The Lady JagDogs totaled 12 runs behind 14 hits at the plate, with five different hitters recording at least a pair to charge up an offense that would start to find its rhythm coming down the home stretch.

Through thick and thin with a 7-6 lead on the Lady Eagles, the visitors came through in a big way, scoring six big runs in the last two innings to pull away.

Sondra Guilford paved the way for the offense with a 3-for-4 outing at the plate. In addition, Hannah Southwick-Powers, Abby Sullivan, Raygen Haggstrom and Ashley Burrows all had two hits each, including a double from Burrows.

In the circle, the win was awarded to Burrows, who held Alfred-Almond to six hits, striking out four and walking one.

Genesee Valley/Belfast is back on the field Monday night back home, hosting Avoca/Prattsburgh in Belmont for a 5 p.m. first pitch. 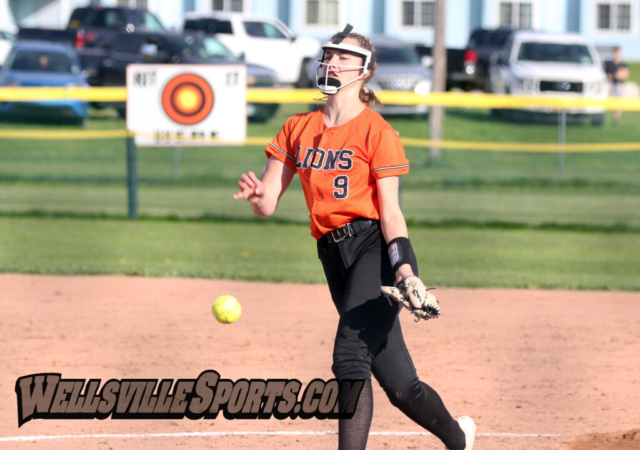 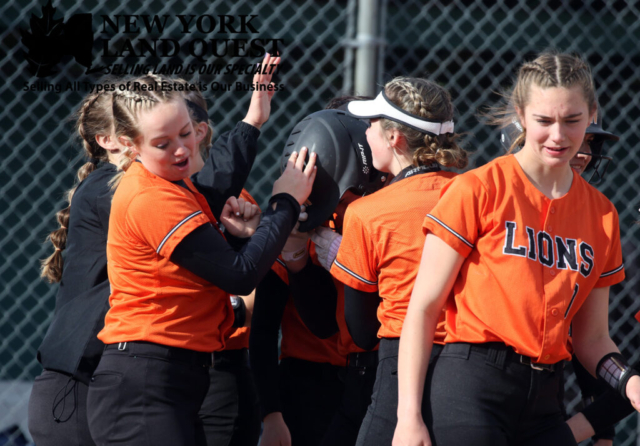 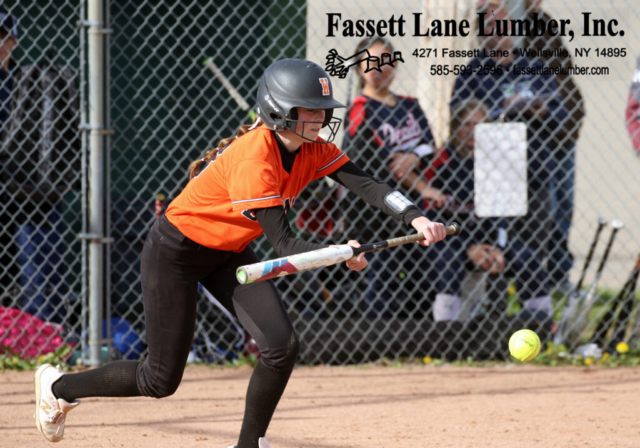 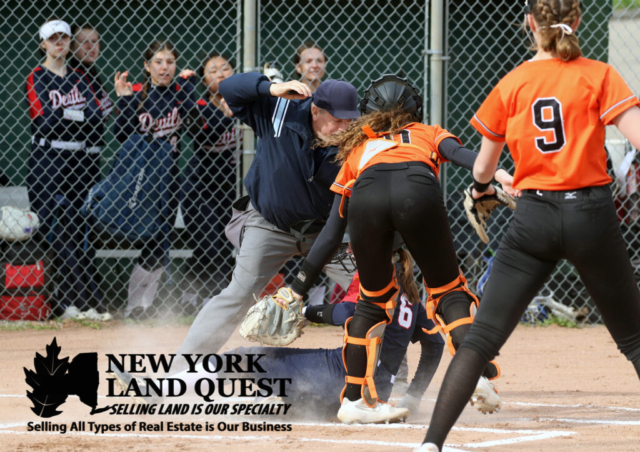 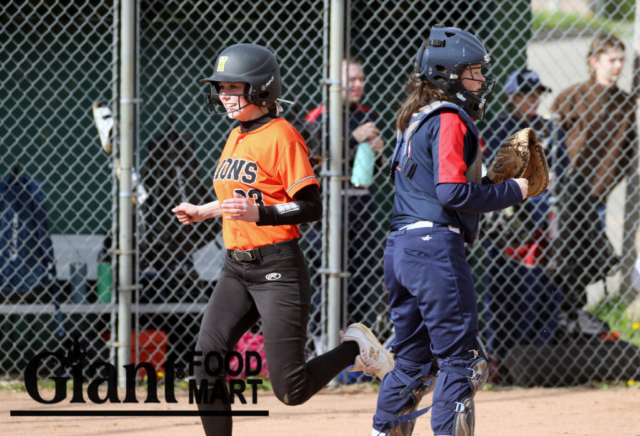 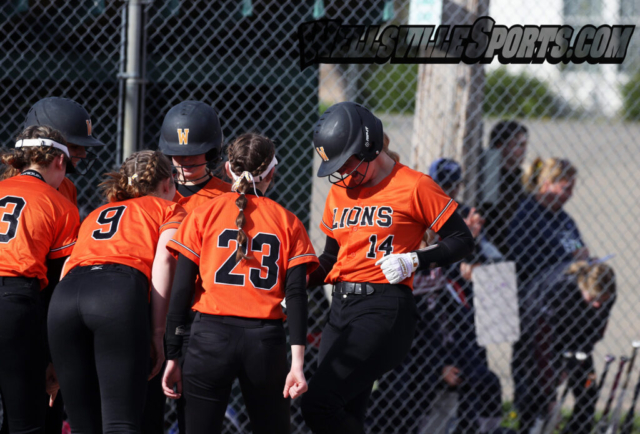 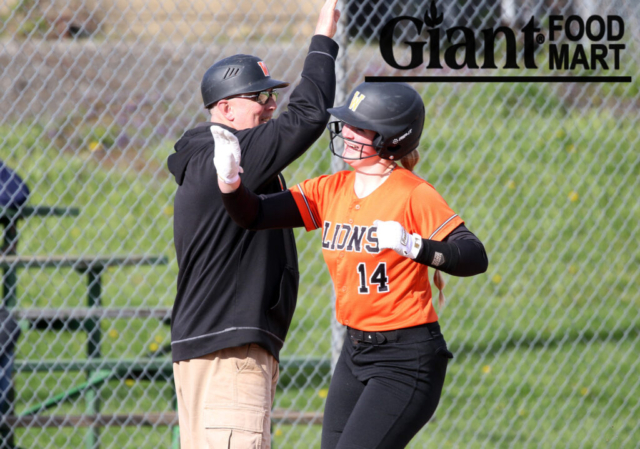 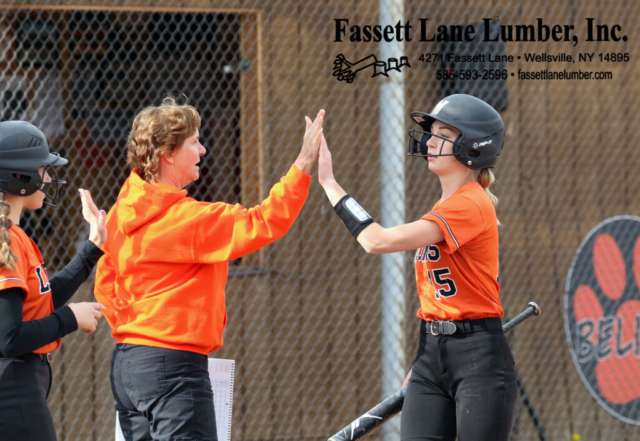 Record numbers and a flawless event for the Special Olympics at Alfred State College (video, photos and story)