RICHBURG — This was a matchup that was circled on almost everyone’s calendar for quite a while.

Two of Allegany County’s elites meeting on one field at the same time. As an added bonus, both teams are looking to build on what was a championship-winning season, last year in Class C2 and Class D2.

Entering Thursday’s duel in Richburg, both Bolivar-Richburg and Friendship/Scio were riding high, soaring to new heights with hot streaks in their back pockets, with the Lady Wolverines starting their season blazing a trail towards seven straight wins, while Friendship/Scio began with nine of the last 10 in their favor.

Something had to give, right?

Both squads came together for not one, but two duels altogether to decide whose tremendous tear would survive the night. And right out of the gate, a show was put on for a packed audience that flooded the outskirts up and down the field

Nevaeh Ross and Jessica Majot – two of the County’s top pitchers, delivered blow after blow to begin the night of festivities, navigating their paths through what was deemed a heavy defensive battle in Game 1. Both offenses struck while the iron was hot in the opening frame, collecting an early deadlock that had to be broken going forward.

So who took the key into their possession? – The Lady Wolverines did.

After Ross and Majot engaged in a battle across the next couple of innings, the offense for Bolivar-Richburg finally broke through in the bottom of the fourth, as they garnered three humongous runs off two hits from both Paityn Johnston and McKinlee Harris, allowing them to spring ahead towards a 6-2 Game 1 victory to start the doubleheader off against Friendship/Scio.

“We had some timely hits in the first game, and we were able to execute when it mattered the most,” said Lady Wolverines coach Brooke Lovell. “Baserunning was just as big tonight. We were able to be aggressive on the base paths, and for it to happen against a team like them, it paid off big time for us.”

Through the opening inning, Friendship/Scio and Bolivar-Richburg each collected a pair of runs to begin the day, with the visitors using their baserunning and an RBI single from Morghyn Ross to get them started, while Malayna Ayers began what was an incredible stint of offense in both games, with a two-run single in the home half to immediately tie the game up.

From that point on, the defenses waged war for the next couple of innings, trading scoreless barbs before the action reached another boiling point. That coming in the bottom of the fourth, when Bolivar-Richburg ultimately found their way through Nevaeh Ross and into the field, as they scored three go-ahead runs led by a beautiful Paityn Johnston squeeze bunt directly in front of the plate that scored a run.

Two at-bats later, McKinlee Harris brought some more firepower to the table with the bases loaded behind Ross and the Friendship/Scio defense, as she blasted a single into right field, far enough to score two additional runs to build their lead.

While the Lady Wolverines were able to reload the bases one more time on their opposition, Madigan Harris nearly cleared them all with a devastating grand slam to deep center field. But a catch on the warning track from Katherine Lamberson prevented that, taking one great big leap up and one tumble over the fence after securing the catch, to finish off a heroic and incredible play to close out the fourth inning, garnering applause all around the field after its conclusion.

Bolivar-Richburg would go on to score one final run behind their baserunning, as Ayers scratched across the sixth and final run off a passed ball away from the plate.

Harris and Ayers would lead the Bolivar-Richburg bats with two each.

That would allow Majot and the defense to take care of business soon after, as she recorded a four-hit performance fueled by 13 strikeouts inside the circle after holding Friendship/Scio scoreless for six consecutive innings after the 2-2 first inning tie.

For Friendship/Scio on offense, Nevaeh Ross earned two of the four hits, while Morghyn Ross had a double and Claire Calhoun drove in a run. In the circle, Ross would finish with seven strikeouts and six walks in her tossed six-hitter.

In Game 2, a much different story.

The momentum that the Lady Wolverines had built going into then nightcap, turned into a sudden eruption straight out of the gate to close the evening, as they posted seven of the first eight runs of the game to set a tone that would eventually lead to bigger things – a doubleheader sweep of Friendship/Scio, as Bolivar-Richburg strolled towards an 18-2 win to remain undefeated at 9-0 on the season officially.

“Friendship/Scio is a good team and Nevaeh is tough on the mound. Being able to jump out and score earlier on her was pivotal,” said Lovell. “Malayna was very tough, and she threw very well tonight as well. She mixed her pitches really well. We’ve talked about closing out games, minimizing mistakes, and always come out with our best effort. We were able to do that in both games, and I am so extremely proud of these girls. We hope to continue the momentum was get closer to sectionals at the end of the season.”

The Lady Wolverines (9-0) nearly blew through their entire lineup in the first inning to start the game, beginning on fire with a 4-0 lead, leds by Madigan Harris and Malayna Ayers and their RBI triples, with Harris driving in a pair on a deep drive into right field, while Ayers scored her on the very next at-bat with one of her own.

Friendship/Scio (9-3) would find their way onto the board for the first of two times, as Morghyn Ross continued a great evening at the plate with an RBI single into center field to score Nevaeh Ross.

That momentum was used in the third to help Ross record a start that she wanted, fanning the first pair of Bolivar-Richburg batters that approached the plate. But through the clutch, the Lady Wolverines bounced back with another fine inning – a three-run top of the second to branch out their lead to 7-1, a cushion that was never threatened.

Bolivar-Richburg went on to add a five-run fifth and six-run seventh inning into the fray, with Ayers capping off a brilliant offensive night for not only herself, but the entire team, with a massive grand slam in the top of the seventh inning.

The Lady Wolverines concluded with 18 runs off 10 total hits, with Ayers grabbing three of thems and five total RBI. She would also get the nod in the circle, and the win at the end of it, fanning 12 and walking two in her start.

Helping the cause on offense, was McKinlee Harris, who finished with two hits. Maddy Thornton chipped in with a double.

For Friendship/Scio, Jadeyn Shields pitched with a double for the offense. In the circle, Ross struck out 11 and walked four across her complete game. The team will now prepare to take on Alfred-Almond back home in Scio, starting at 5 p.m.

Up next tonight, if weather permits, Bolivar-Richburg will partake in tournament action on their home field, as they welcome Portville, Addison and Avoca/Prattsburgh in to vie for this year’s prize in Richburg, beginning at 5 p.m. 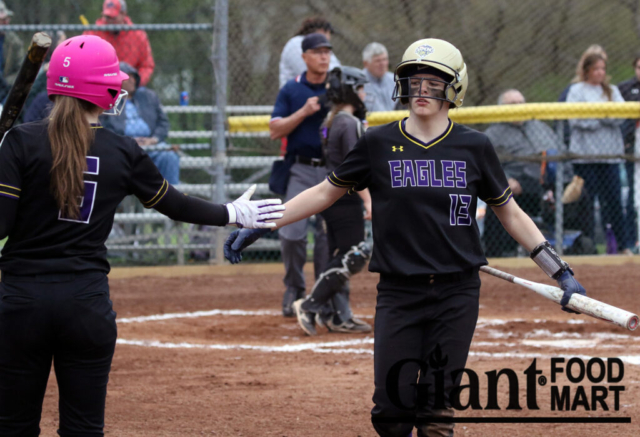 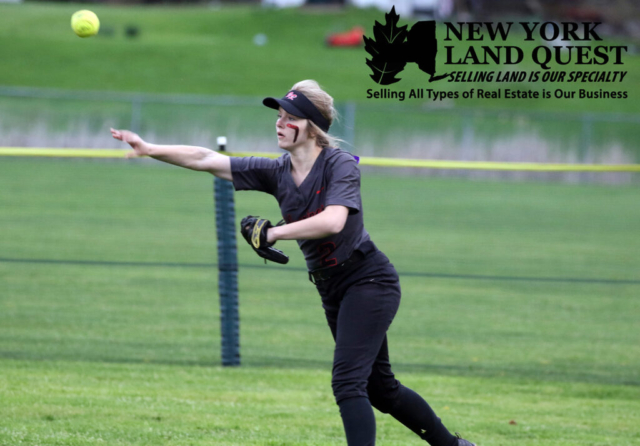 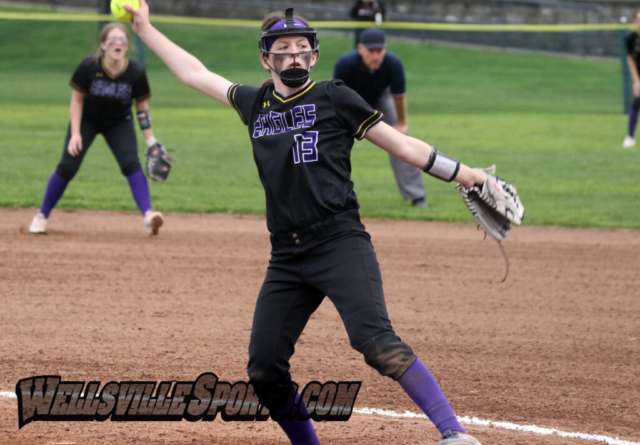 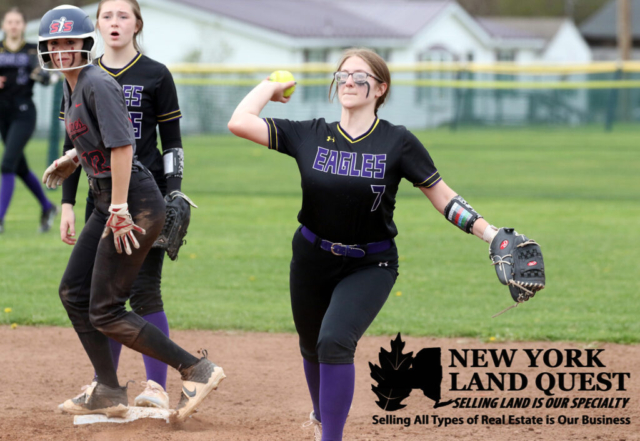 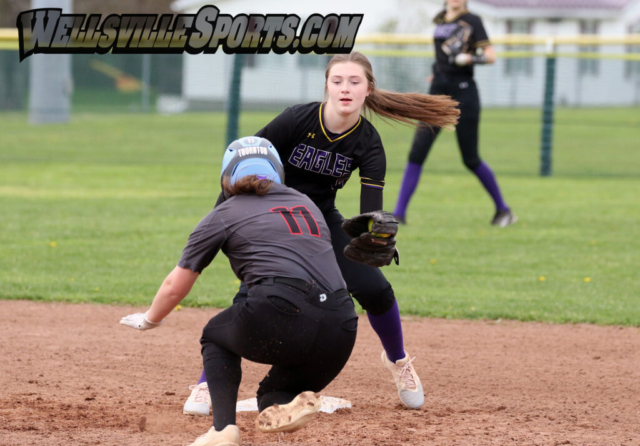 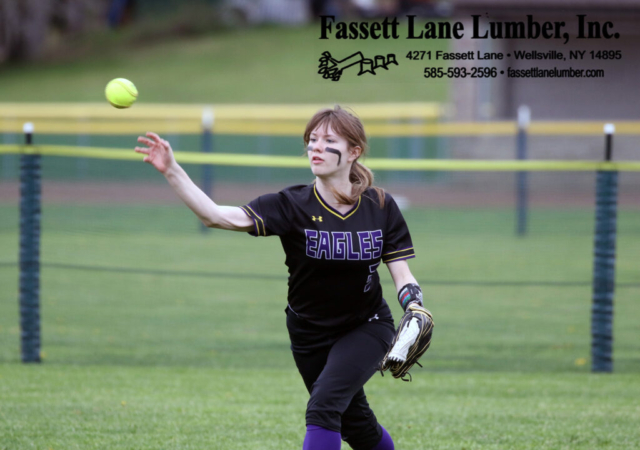 ASC: Showmanship Competition a success at the farm