WELLSVILLE — There has been quite the history in recent seasons between both Livonia and Wellsville.

Regardless of whether or not it was in the regular season, or in Sectionals, the two Class B foes, who could potentially meet one more time in the second season this year, always find a way to provide a close, marvelous battle straight to the finish.

Tuesday was no different.

Just like in all of your close game affairs, the runs that the offenses would produce came at an absolute premium. When it came down to brass tax, the decided factor was solely upon who would have the final word in the end.

After the Bulldogs claimed the game’s lead right from the get-go, the fight was on. Although it was tough at times at the plate, the cracks that the Lions provided would gradually grow larger and larger over time. So did Livonia’s.

But then, a burst.

Behind what was another fine gem twirled on the mound for Jere Havens, Wellsville began to find their rhythm at the plate, laying the lumber down on whatever they could find. That included a game-changer – a two-run fourth inning all fueled by Ty Vogel, as he blasted a game-tying hit before scoring the go-ahead run himself to give the Lions control.

Soon after: The dagger.

During what would be the team’s final at-bats in the bottom of the sixth, Alex Green came up with perhaps the most clutch of at-bats across the entire stand of offense against the Bulldogs, coming away with a humongous piece of insurance to seal Wellsville’s victory, sending a ball into orbit out in right center field – one that would leave the park for a solo shot, giving the Lions the room they needed to squeeze out a 3-1 win over Livonia to get back to .500 on the season.

“We’ve struggled a bit over in Elmira with the bats, but I hope this propels us to bigger things on offense, to light up that brand new scoreboard of ours a lot more,” said Lions coach Tom Delahunt. “Traditionally, Livonia has always been a powerful team. They’ve moved down with us this year, so it’s nice to get one of these wins against a team like that.”

Livonia wasted no time putting the pressure on Wellsville (6-6) early in the game’s first batting session at the plate. With two runners on, an fielder’s choice advanced the frontrunner onto third despite a double play being twisted by the Lions defense in the process. That would allow Alex Benitez to blast a double to deep right center field to dock the first run on the board.

That would remain the same score for just over half of the contest, as both defenses buckled in for the long haul, with Havens dealing right along side Livonia’s Jack Kearney, as both hurlers exchanged quick innings one after another along the way.

One of those stands came at an opportune time for Livonia to add to their lead. One that Havens made sure wasn’t going to happen.

In the top of the fourth, the Bulldogs turned up the heat on the Lions, continuing to lay the lumber down themselves. It would result with a pair of runners landing in prime scoring position off back-to-back singles with two out.

Havens would face just one batter after the fact to leave Livonia scoreless, handing out a big strikeout to halt any momentum from being built.

Instead, the momentum from that clutch defensive stand would be used to give themselves their first lead of the game in turn.

In the home half of the inning, the Lions responded by a doubling up of Livonia led by Vogel and his long RBI triple to the center field fence – the deepest part of the field to create level ground once again with the visitors and become the game-tying run at third.

Vogel would score on the very next at-bat at the plate off a sacrifice to right from Cooper Brockway to give the hosts in orange and black their first lead to control.

To keep their lead in tact, the rest of fall on the shoulders of Havens on the rubber. In the top of the fifth, with Livonia once again threatening to do damage ultimately from the corners, he would remain vigilant and stand tall with one out, delivering back-to-back Ks to get the defense behind him off the field, leaving both runners on a second straight inning.

Delahunt says that Havens has been one of the bright spots that he has witnessed from his pitching staff in recent weeks.

“Jere has really begun to settle in, and we were riding his coattails,” he said. “It’s another quality performance from our pitching staff, and the last couple of weeks, we’ve gotten some great outings from everyone that has towed the rubber. He made some huge pitches when he need to with two outs and in scoring position. It wasn’t easy for him at times, he had to really bear down to get it done.”

With Wellsville’s final tenure at the plate approaching after another goose egg was delivered to the Bulldogs, the chance to provide insurance loomed on the horizon. With it, came a dagger from Green, as he sent the team swirling into victory with a solo bomb to deep right center field to help set up another impeccable stand of defense to shut Livonia down completely in the seventh to secure the win.

Havens went the entire way for the Lions on the mound, scoring eight strikeouts to complete his gem. At the plate, he was one of seven different hitters, alongside Vogel and Green, that reached base with a knock, recording a double.

Wellsville is right back on their home field today, if the weather holds, as they host Canisteo-Greenwood/Jasper-Troupsburg in a 5 p.m. first pitch.

HINSDALE — The bats for Fillmore were red hot right from the start on Tuesday, as five different Eagles all recorded at least a pair of hits to power the team’s sensational afternoon from the batter’s box, rolling towards a massive lead and never looking back on it to coast past Hinsdale with a 13-3 road win.

The Eagles (9-1) were able to knock on the door quickly to begin their road trip, opening with a strong note behind an eight-run frame that would immediate set the tone for the remainder of the game. The momentum would translate to impeccable defense, as they held Hinsdale (0-8) to just two hits.

On the mound, the win was garnered by Brandon Buck, who fanned nine and walked three in his tossed two-hitter.

Aiden Wagner was one of five different hitters at the plate to record at least a pair of hits, tallying four in all including a pair of doubles to help pave the way. Zach Sisson helped the cause with a pair, including a lead-off solo homer in the top of the sixth which would push the team’s lead to double digits.

In addition, Damon Potter, Graham Cahill and Brent Zubikowski all had two hits, with Zubikowski notching a double.

For the Bobcats, Sam Cashimere fanned one and walked three in his complete game on the rubber. Hinsdale will pay a visit to Cuba-Rushford on Friday for a 5 p.m. contest.

Fillmore is back in action tonight, if weather permits, as they host Genesee Valley/Belfast in a 5 p.m. first pitch

SCIO — A 15-run outburst in the game’s opening frame for host Friendship/Scio was all that was needed for the offense to make their impact on Tuesday, as they strolled towards victory after six innings over visiting Andover/Whitesville by a 22-2 count in Scio.

Friendship/Scio (5-7) collected 22 runs off 13 total hits at the plate, with Joey Nickerson and Ethan Davenport both having big nights to lead the bats. Nickerson went a perfect 4-for-4 with three runs scored, while Davenport collected two hits including a triple, and drove home five runs and scored four of his own.

Andover/Whitesville (2-6) was able to spring onto the board themselves despite falling behind, as they collected a solo home run from Layton Miller in the top of the second, where both runs of the team’s runs were scored. Spencer Mattison ended the inning by scoring off an RBI single from Colton Calladine.

While the offense continued to click for Friendship/Scio, Ethan Davenport went the distance on the defensive, holding Andover/Whitesville to just five hits across six strikeouts and one walk.

For the visitors, Luke Erdmann struck out three and walked one in his relief appearance. Andover/Whitesville will play host to Genesee Valley/Belfast in Whitesville at 5 p.m. on Thursday.

Friendship/Scio will welcome in Avoca/Prattsburgh for a 5 p.m. visit to Friendship, also on Thursday. 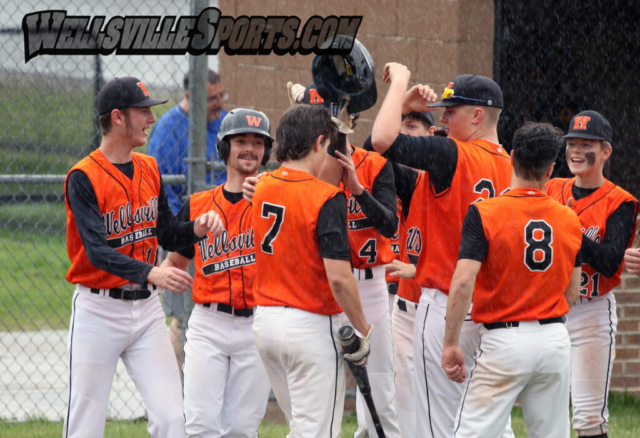 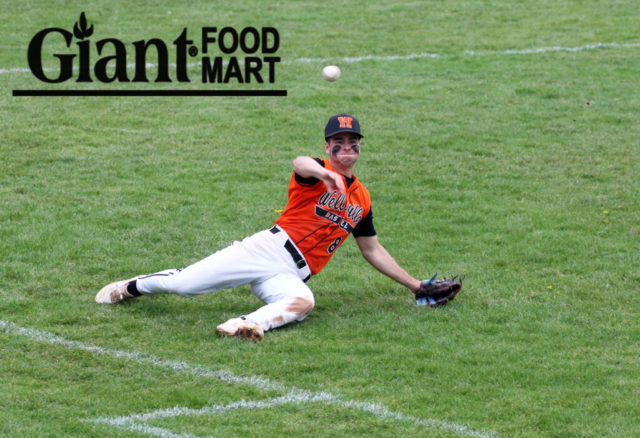 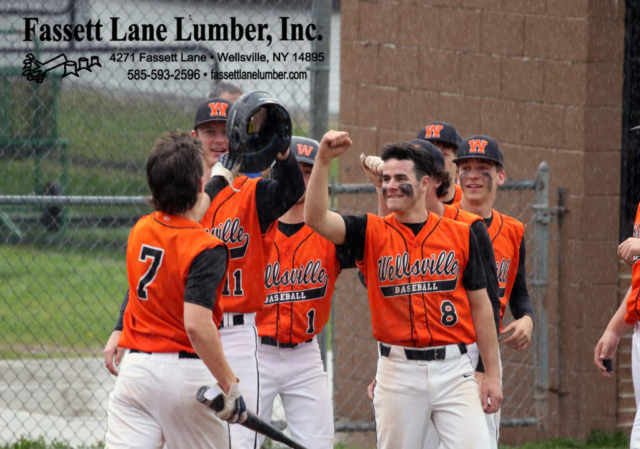 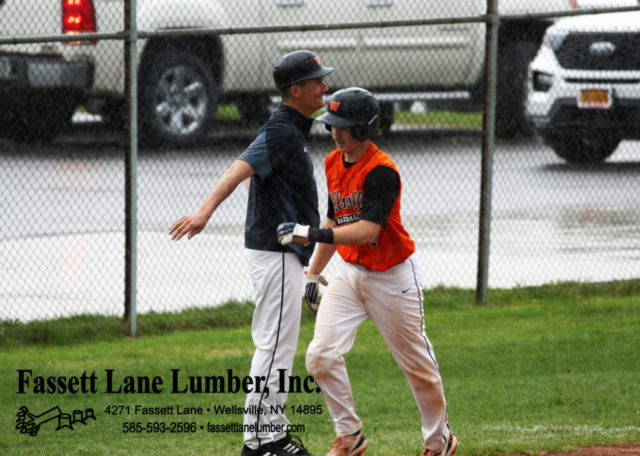 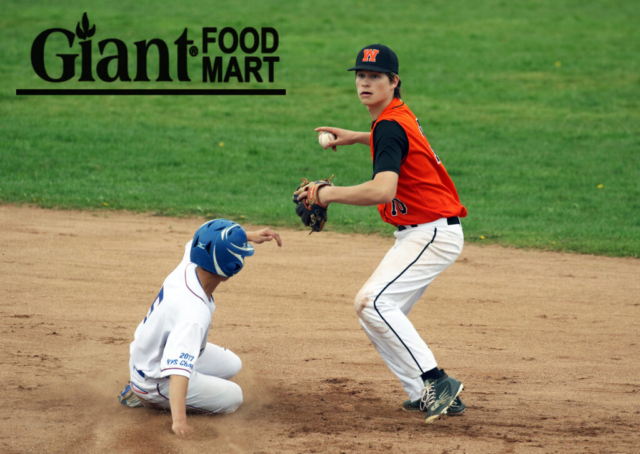 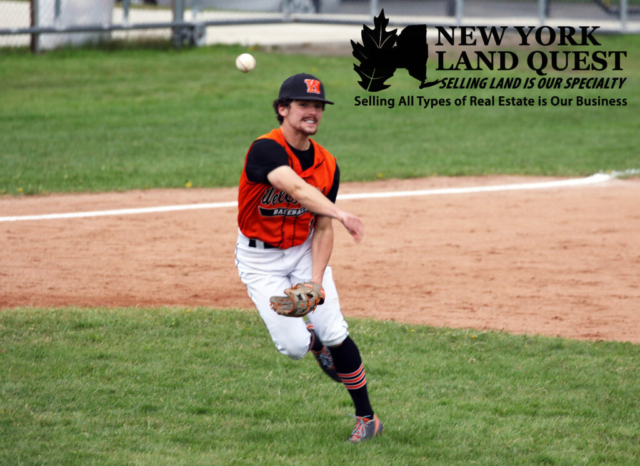 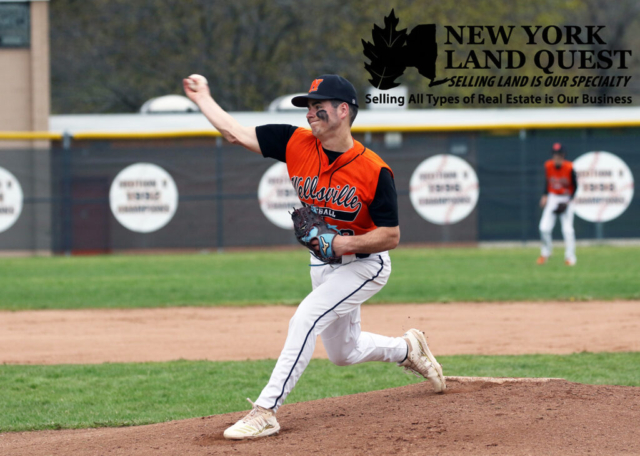 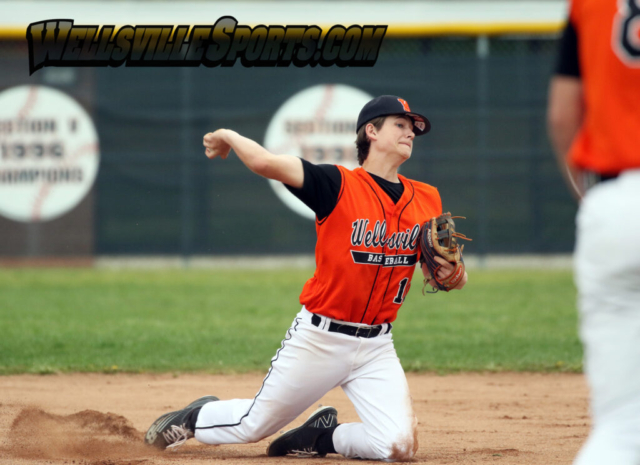