CUBA — The pitcher’s duel was on, as it morphed into a pure defensive battle being put on full display, Monday night in Cuba. One where runs came at an absolute rarity. But when they did score, were they ever valuable.

With both Fillmore’s Saige Friedl, and Cuba-Rushford’s Sydney Howard providing two of their best games of the season from within the circle, it was down to the offenses and who could one-up the other in the end. After a quick start on both sides of the spectrum, the Lady Rebels made sure it was their first word that made an impact.

Two of their first three runs came in the opening pair of innings the game had to offer, setting up shop for the Lady Rebels offense who saw their deficit come down across the stretch, but a massive piece of insurance in the fifth inning is what done the visiting Lady Eagles in, as Cuba-Rushford shut the door on a potential rally from behind to ensure a 3-1 home victory over Fillmore.

With the Lady Rebels (2-3) grabbing an early 1-2-3 of Fillmore, despite a lead-off double from Torann Wolfer that started their first at-bats, they were the first team to post their lead run on the board, with Riley Keller’s RBI single straight up the gut and into center field kicking it all off, scoring Harlie Jones from second to break the ice.

Through all of the offensive stints, Sydney Howard was simply incredible on the mound for the hosts, holding Fillmore (4-4) at bay to just one run across five hits, dishing out a season-high 15 strikeouts to go with three walks, including multiple innings where all three of the outs were collected with her arm.

While she was reaping the success of defense, she helped provide some offense of her own, scoring off of a hard-hit Destiny Darrin infield single to the left side. After a throw over to first to try for the out, Howard snuck home and scored to branch Cuba-Rushford’s lead to a pair.

The Lady Eagles would find a way to trim down the lead to one in the top of the third however, as Wolfer grabs an RBI on her second hit of the game by blasting a single straight down the right field line, simultaneously trying to keep the momentum alive in Fillmore’s favor.

But that was soon dropped by the Lady Rebels defense, as they came up with a miraculous 2-3-2-5-2 double play off a bunt in front of the plate, resulting in the force out at first and then the inning-ending out between third base and home in the midst of a rundown.

The Lady Eagles put that latest stint at the plate in the rearview mirror, as they bounced back on defense to keep Cuba-Rushford at a standstill in the third, striking out the side. Friedl would finish with nine strikeouts and one walk in a six-hit effort.

Fillmore’s best chance to add some more damage came in the fourth with a pair of runners on, including a bloop single from Friedl to the shallow outfield in right. But Howard would not crumble to the pressure, as she recorded all three outs at the plate with her arm, sending the Lady Rebels back to the plate.

Both teams would come up empty in the fourth inning, led by a highlight-reel diving catch from Preslee Miller at third to end the frame, but insurance would come into play later in the fifth provided by Elysa Tylor, who singled into the outfield to score a run and pushed the Lady Rebels advantage to a pair — more than enough room to seal the victory in the end.

The Lady Rebels totaled three runs on six hits in all, with Jones heading the front with a pair of hits. On the flip side, the Lady Eagles collected one run off five total hits, with Wolfer’s 2-for-3 outing in the box charging the way.

Both teams will mark their return to the field in the upcoming days, if weather permits, as Cuba-Rushford prepares to welcome in Andover/Whitesville for a 5 p.m. visit on Wednesday, while Fillmore travels to Friendship to take on host Friendship/Scio in a 5 p.m. first pitch of their own, beginning on Thursday.

In a 23-5 win over York, Hornell batters didn’t get a chance to raise their averages. The Red Raiders softball team walked 24 times and four batters were hit by a pitch.

However, there were some good defensive plays and pitching.

RICHBURG — Having that early start can prove to provide a big benefit for a team. For the Lady Wolverines of Bolivar-Richburg, they made sure they were the first to start their engines, plating four of the five runs in the first three innings of play despite some pressure down the stretch from Genesee Valley/Belfast, as they squeezed out a 5-2 home win on Monday to record their fifth straight win.

The Lady Wolverines (5-0) struck while the iron was hot right from the start, with four of their five runs being scored in the opening half of the contest. Two of those runs came during the team’s first at-bats, with Madigan Harris keeping their tenure at the plate alive with a big two-out double. On the next at-bat, Maddy Thornton drove her home on an absolute blast — a two-run jack to break the ice.

More power came from Jessica Majot to begin the second, as she fired off a home run of her own, leading off the frame with a solo shot that left the field in a hurry to branch Bolivar-Richburg’s lead to three before some key baserunning paid dividends in the third, resulting in their fourth run.

The deficit would navigate its way towards being cut in half by Genesee Valley/Belfast (1-5) however, as they tallied their two lone runs in the fourth and fifth innings, led by an RBI single off the bat of Jenna Hall to end the potential shutout bid by the Lady Wolverines.

After the lead for the hosts was shortened to 4-2, a big piece of insurance came in the fifth from Thornton, who added to her explosive day on offense with an RBI double. A hit that sealed the game for good for the Lady Wolverines, en route to a 5-0 start on the season.

Thornton went a perfect 3-for-3 at the plate to lead the Bolivar-Richburg bats, driving in three RBI total. Madigan Harris added in two hits of her own and scored twice, while Haley Mascho and Malayna Ayers each had a hit to chip in. Within the circle, McKinlee Harris picked up the four-hit victory behind five strikeouts.

On the flip side for Genesee Valley/Belfast, Hill, Brooke Middaugh, Raygen Haggstrom and Ashley Burrows all recorded a single each to charge the offense. In the circle, Hannah Southwick-Powers struck out six Bolivar-Richburg batters across her complete game effort.

In the upcoming days, both teams will return to the field, if weather permits, with Bolivar-Richburg jumping back onto their home field to host a massive Allegany County showdown with undefeated Friendship/Scio in town for a visit at 4:30 p.m. on Wednesday, while Genesee Valley/Belfast heads back home to Belfast to host Arkport/Canaseraga in a 5 p.m. contest tonight.

JASPER — Olivia Waters and Kennedy Bledsoe assisted Andover/Whitesville in a fiery start to their game on Monday, supplying a pair of RBI each to fit inside a nine-run opening session that saw them earn a lead that was never given up, as they steamrolled their way towards triumph over the road in Jasper with a 16-3 victory.

Waters and Bledsoe started the Andover/Whitesville (3-2) offense off hot, with Waters garnering a two-run double to help break the ice, while Bledsoe provided two more RBI of her own later on in the inning to help seal up the offensive attack in their opening at-bats.

After a series of runs saw the visitors branch out their lead, their tenure at the plate closed up with a three-run seventh inning, led by a lead off double from Rachel Jackson. Further damage was provided by Ava Grice, who supplied two of those three runs off a single to finish off an outstanding game of offense to begin the fresh new week.

Andover/Whitesville accounted for 16 runs off 12 total hits, with three different hitters recording at least a pair of knocks along the way. Among them, Zoey Lee, who went 2-for-4 and scored four runs. Gabbi Hall and Aislinn Hamilton each recorded two hits of their own, with Hamilton scoring two additional runs.

The team will now hit the road on Wednesday, if weather permits, as they visit Cuba-Rushford in a 5 p.m. first pitch. 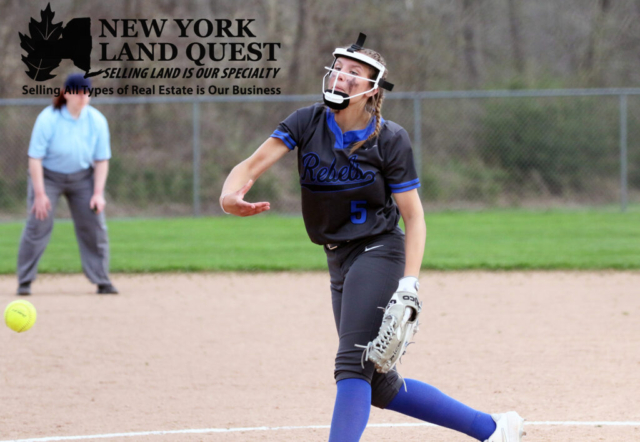 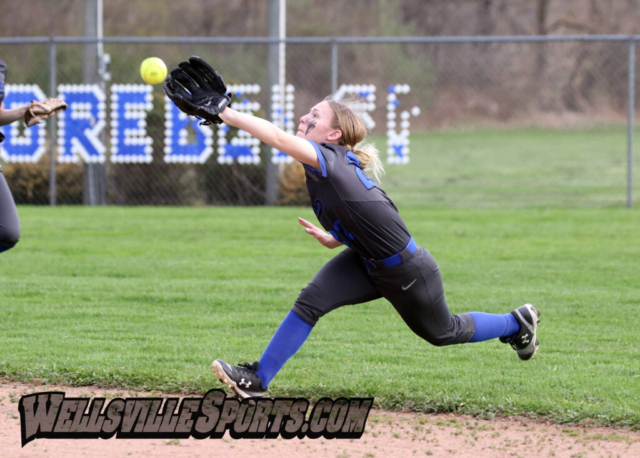 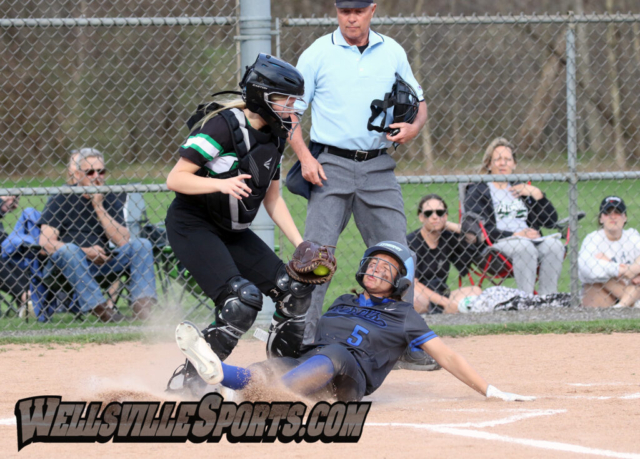 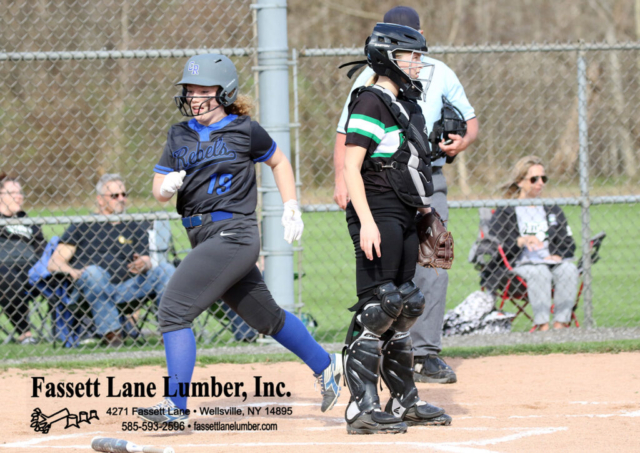 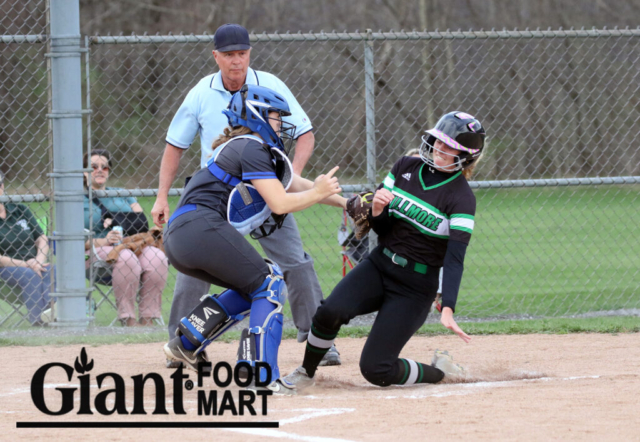 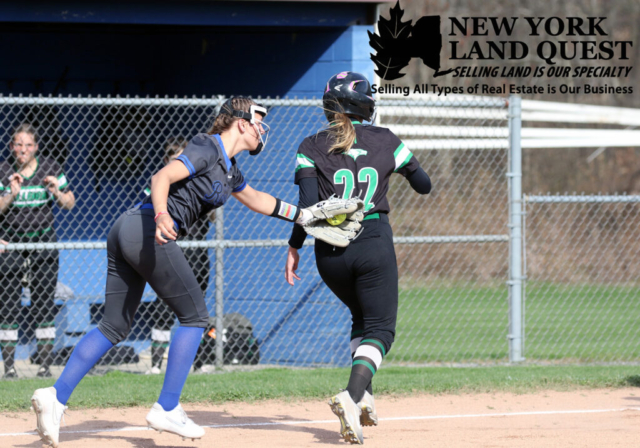 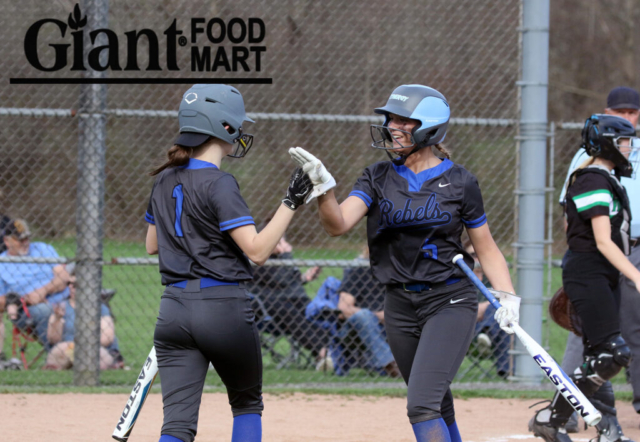 The family of Tom Allen says: Thank You Wellsville