HORNELL — It’s been quite the rollercoaster ride for the Lions in the past 24 hours. Back on Thursday, a rally of epic proportions developed against Canandaigua, when the bats came alive late in the top of the seventh where they scored six game-tying runs to raise the stakes against the Braves going into the final at-bats.

Even though Wellsville could not cap off the rally in the end, they would make sure they made up for it on the next night against a longtime rival in Hornell, Friday evening at Maple City Park.

This time, both the Lions and host Red Raiders went back in forth in the last three innings of play. But the final say was recorded in the top of the seventh again, where they scored a pair of runs to break the final tie with their opposition to remain in the lead for good, to secure the 11-9 wild finish.

“It’s always good news to beat Hornell. We’re excited to pull the game out against one of our biggest rivals,” said Lions coach Tom Delahunt. “Two on the board in the seventh, and then shutting them down was huge. We put the bat on the ball, and when you do that, you force the other team to make plays. 11 hits is pretty good against them, and not only did we have that, we caused them to have six errors for us to capitalize on.”

Hornell coach Jake Kenney said Wellsville’s ability to make contact and put the ball in play was the difference.

“It was definitely a sloppy game for both teams. Vogel was able to keep us off balance early with his mix of pitches. Defensively we played poorly which is unlike this team,” Kenney said. “We battled to get back into the game a few different times but we weren’t able to overcome all the mistakes we made. Hats off to Wellsville, they really made us work for every out and put a lot of balls in play which put pressure on our defense. Hopefully we can learn and grow from this game.”

The Wellsville (3-3) offense came to life after the Hornell defense got a hot start to their game with two consecutive shutout innings while taking the early 1-0 lead in the process, getting some big help would come with a four-run third inning that gave them a lead to control.

Their lead would reach as high as four after piling two more runs on in the top of the fourth, but the deficit was quickly made up by the Red Raiders, who scored four huge runs in the fifth to tie the game at six. From that point forward, it was back and forth until the end, as each club traded a big inning in the sixth to keep pace with each other.

But the Lions were able to force one final lead change in the top of the seventh, scoring two go-ahead runs to secure the rebound victory over the Red Raiders.

The Wellsville offense collected 11 runs off 11 total hits, while Ty Vogel was superb on the hill in his four-inning start, striking out 11 Hornell batters while walking six in his no decision. Cooper Brockway would wind up collecting his first Varsity win with two strikeouts, and four walks. At the plate, Alex Green went a perfect 4-for-4 with a double, RBI and two runs scored. Aidan Riley drove in two runs off two hits, while Vogel collected a two-run single. Jere Havens scored three runs.

Gates Miller had a 2 RBI single and stole a base for Hornell while Nick Oyer had a single and a RBI, Jake Ponticello had a double and scored three times, Wyatt Argenteri singled, Rilye Cullen had a 2-RBI single and Dom Nasca singled.

Today, the Lions continue their swing back home, as they aim to eclipse the .500 mark with a 1 p.m. visit from Bolivar-Richburg.

“It doesn’t get any easier,” said Delahunt. “The third game in a row for us with Bolivar. It will be an early game for us to get back onto the field with. We’re looking forward to a great matchup against a great baseball team.” 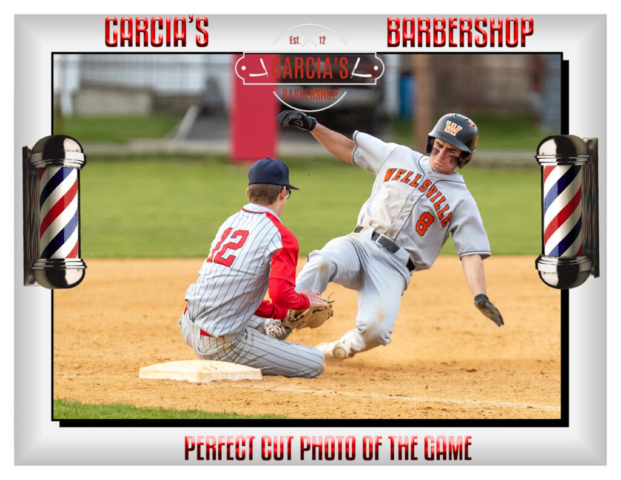 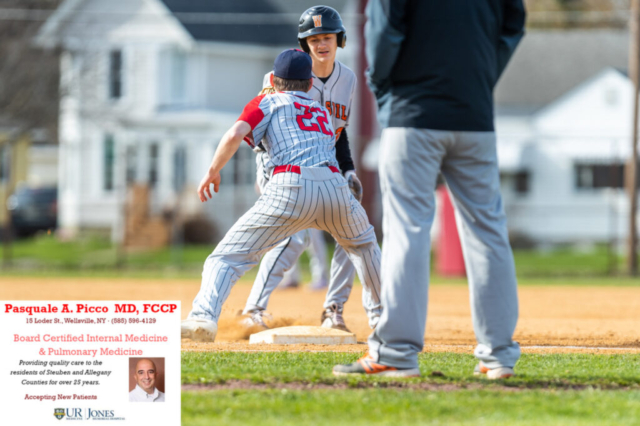 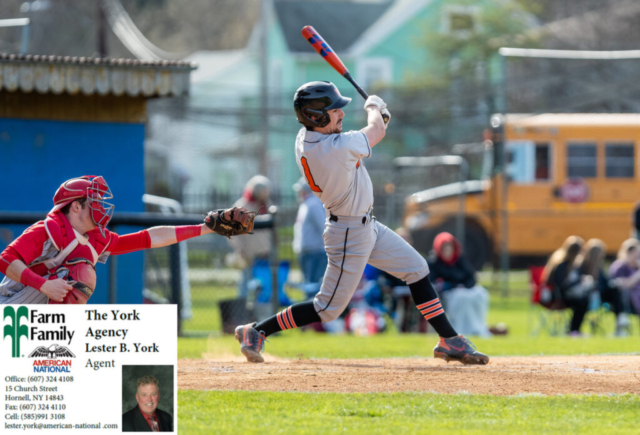 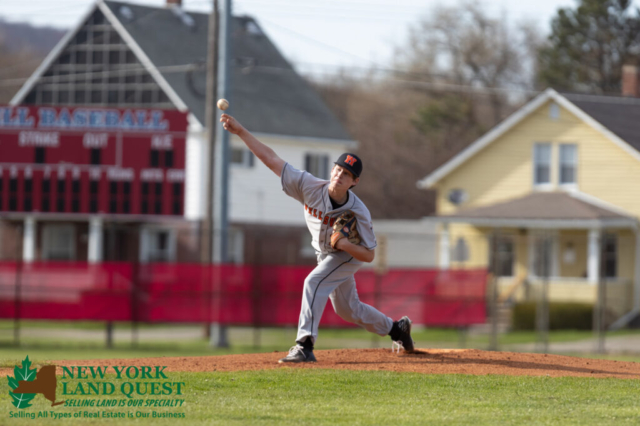 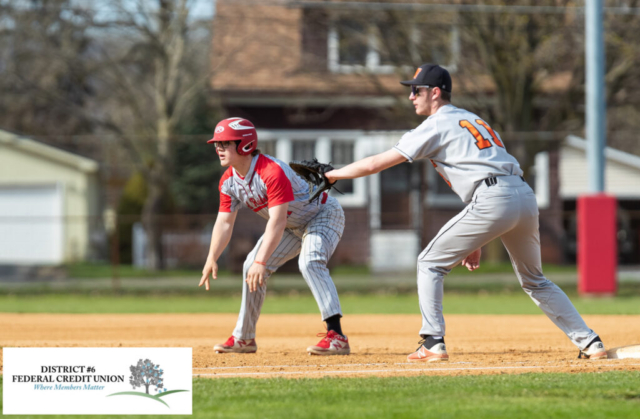 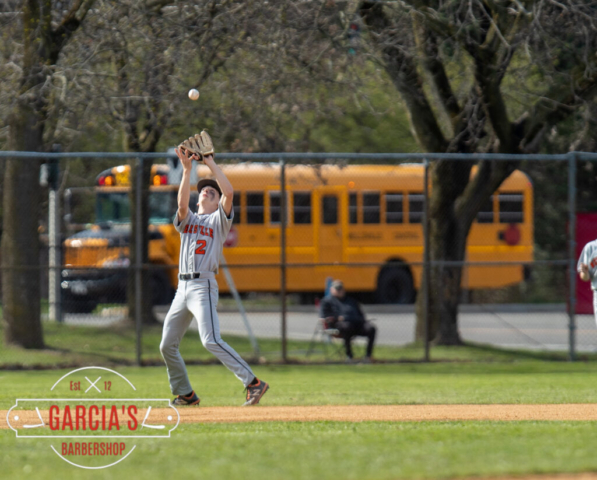 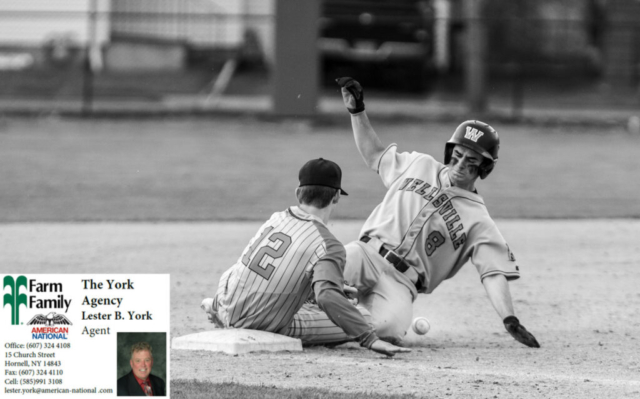 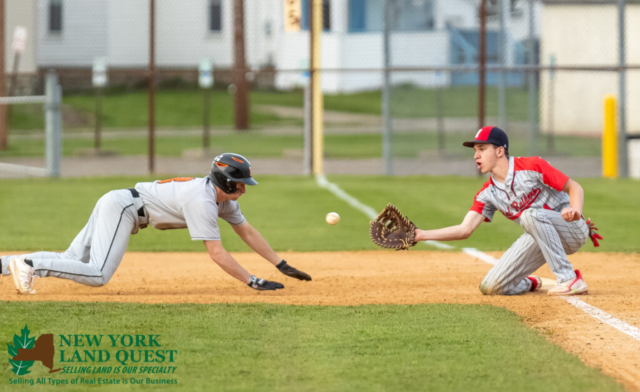 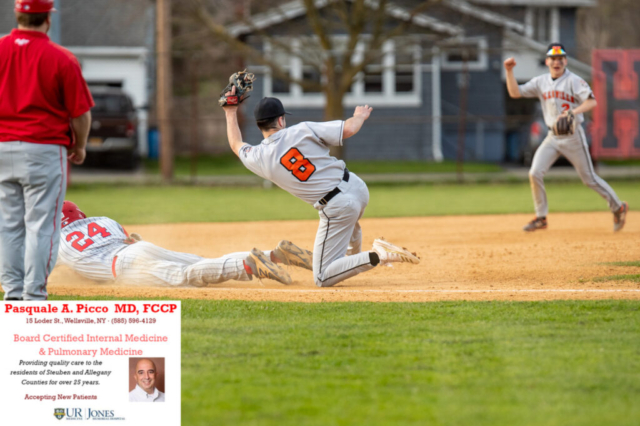 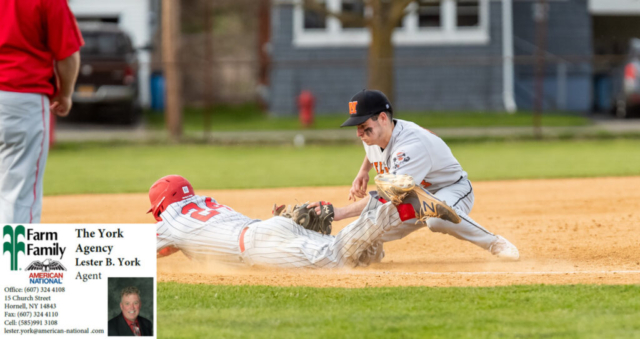 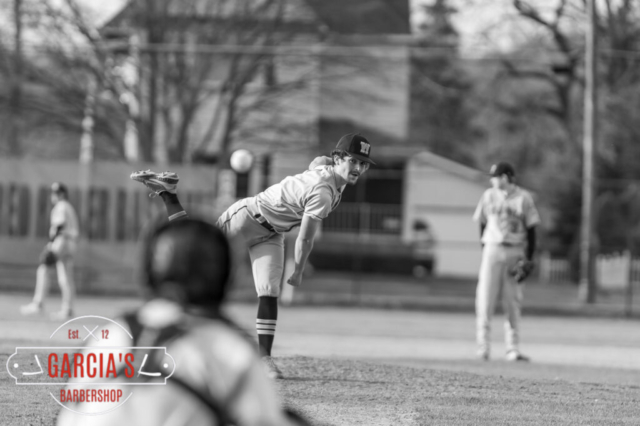 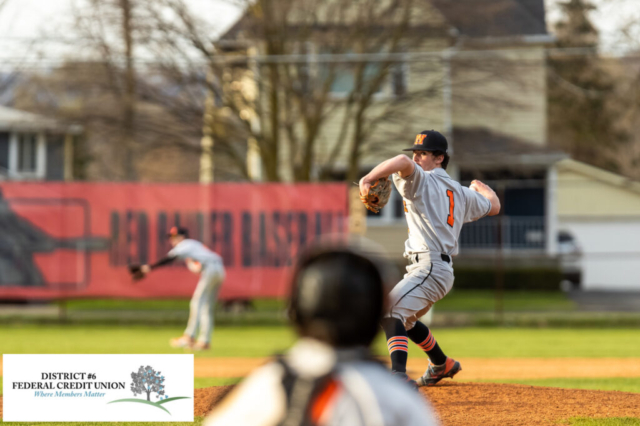 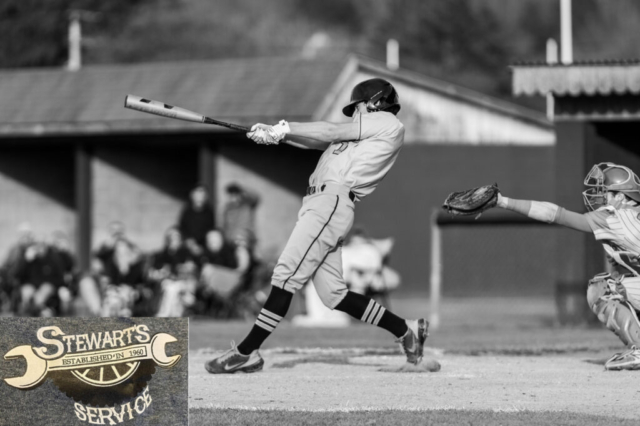 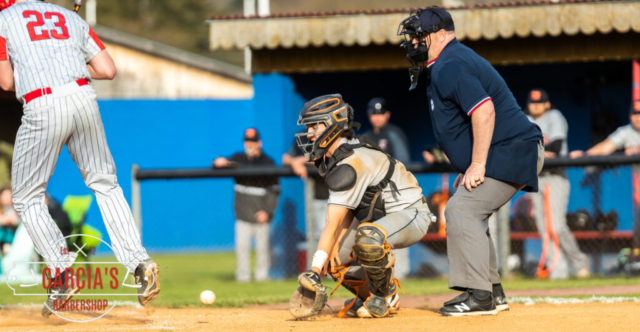 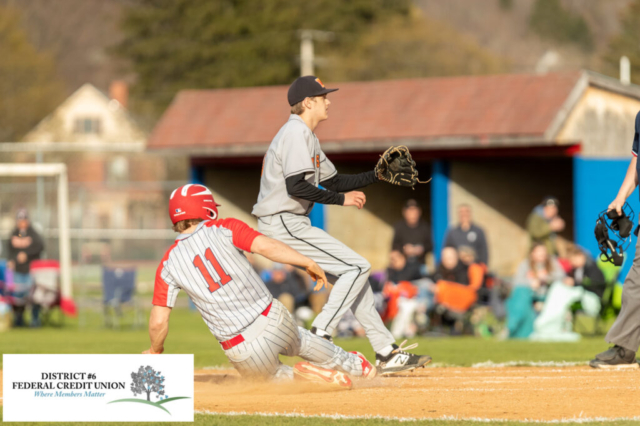 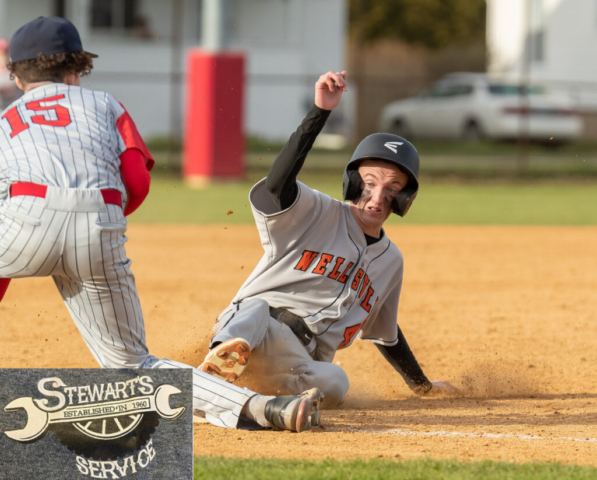 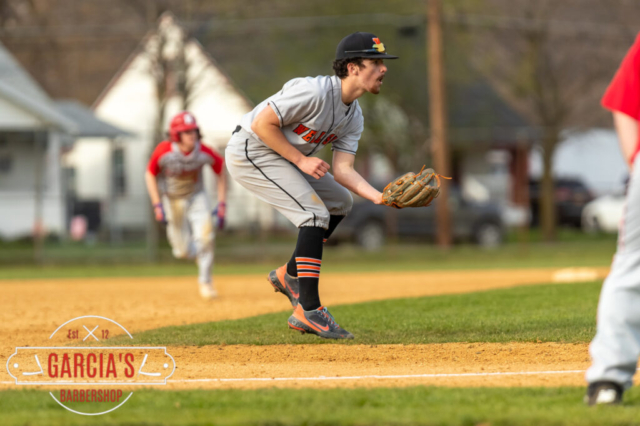 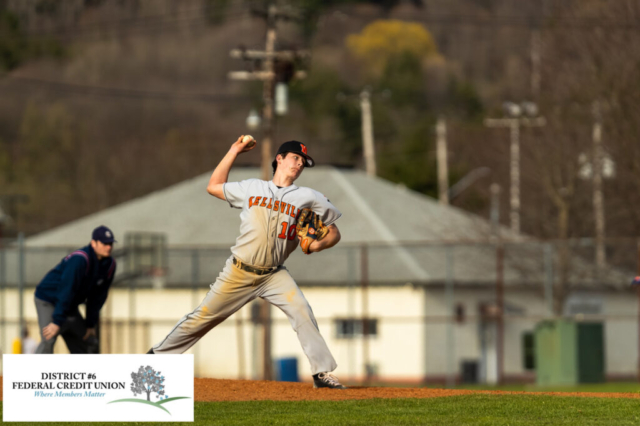 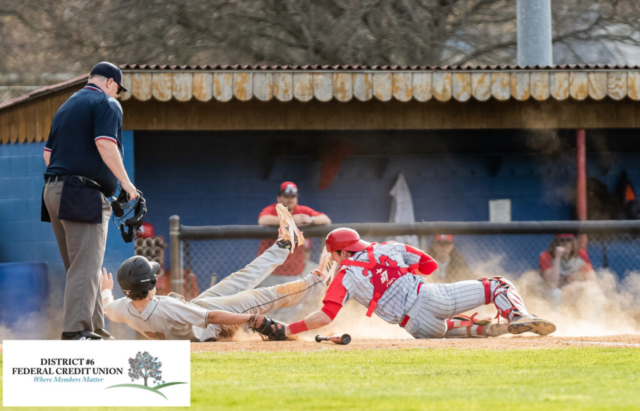 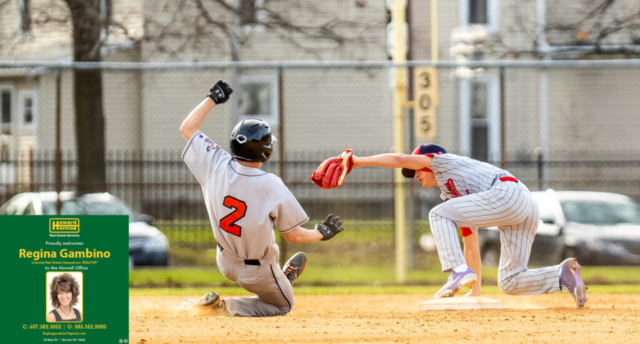 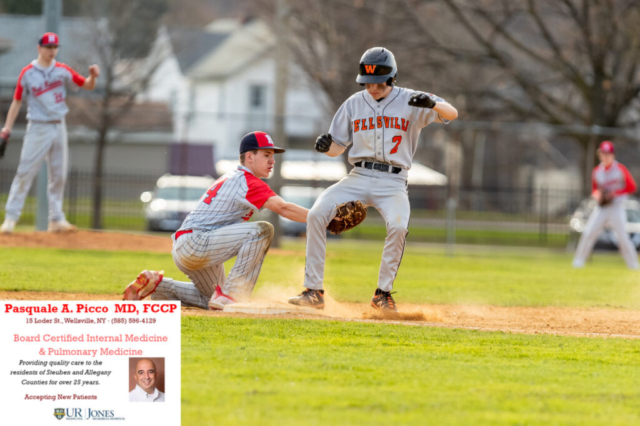 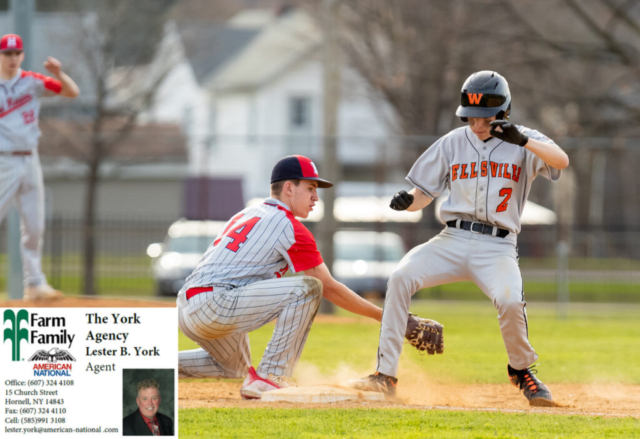 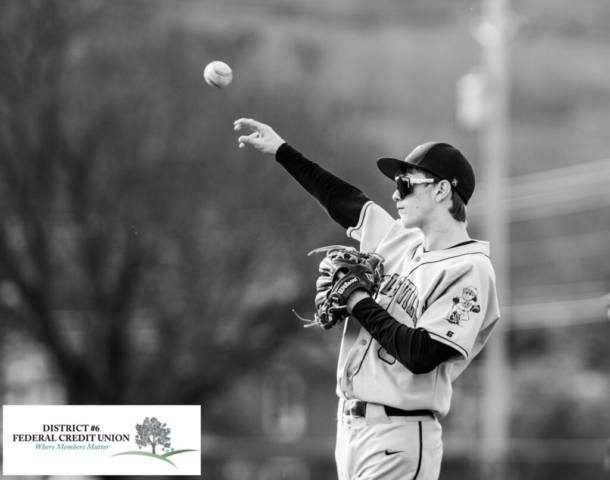