Home » Photo Gallery #2 and video: The wine walk was a shopping success and the post-celebration featured Adam Stack, Chet & Louie

Photo Gallery #2 and video: The wine walk was a shopping success and the post-celebration featured Adam Stack, Chet & Louie

It’s impossible to put on an event with over 350 participants, volunteers and 15 businesses without a complaint.

However, that is what happened on Saturday during the 2022 Wellsville Area Chamber of Commerce Wine Walk, which may have to include the words ‘sold out’ next season in the title.

A week before the event, all 350 tickets sold.

There was a noticeable line on the sidewalks and out the door at one of the locations all day.

Nestled in From the Hart at 108 North Main pouring wine was Greg Taylor, the son of Bully Hill winery founder Walter Taylor. He is a fifth-generation wine maker and told stories of the wine, the vineyard and museum. And of course, he had free samples to pour.

“I love the wine walk, I love the people of Wellsville and I love the community,” said Taylor, who attended Alfred State College. “I have friends who live here and I’m always excited when I’m invited.”

Wellsville Area Chamber of Commerce Executive Director Bruce Thomas was greeted at the Wellsville American Legion banquet hall with an army of volunteers ready to sign up participants, check ID’s and hand out special red wine walk cups. He gave a pep talk, instructions then walked over six miles, visiting all 15 locations at least three times from 1 p.m. to 4 p.m.

“It was definitely a big success. The entire town was jumping with people,” Thomas said. “So many people are saying this was the best one ever. I know it was a success because I went into every location and each time, each one was packed. You couldn’t get in,” Thomas continued. “From the Chamber, to the Wellsville Brewery to the Elks Club.”

There was also the shopping and dining experience. Inside the Beef Haus, the wine tasting area was packed, the bar was packed and it was a great place to stop and grab a quick lunch as the tables were nearly full. Mike’s on the Corner had a brick-oven pizza food truck set up and a stream of customers for five hours. Demetrious Ratpis at the Texas Hot had on a tux shirt and bow tie serving samples of wine in front of the iconic restaurant complete with a fire pit.

“Hart Jewelry sold all sorts of jewelry and Nancy Hart at From the Hart said they had a good day of sales. The Shop at North Main was packed and a lot of shopping was done at other locations,” Thomas said. “Even at the Allegany County Association for the Blind, they had over 250 visitors hit their place. Lorie Ebert at at Salon Visage was super busy and obviously the weather held off, so that was nice.”

Thomas said the registration went smooth, as 330 of the 350 pre-registered had their cups before the wine walk officially started at 1 p.m. The final people came in by 1:30 p.m. and the registration area was closed. He thanked the American Legion for the use of the facility. The Legion was also a stop on the wine walk.

After 4 p.m., the night was just starting in the village.

“I went to see Adam Stack playing at the Elk’s Club and you couldn’t get in, it was packed. The Moose had people in there and the VFW had Chet and Louie playing music and I’ve never seen that place so busy. There were three to four people deep at the bar and a lot of people dancing,” Thomas said.

There were 10 wine suppliers at the 15 stops. They weren’t all ready for the crowd, but Thomas had purchased additional cases. The success has already had people asking the chamber to put on a fall wine walk.

Thomas said stay tuned, as there is a plan to possibly put on another big event in October similar to the wine walk.

“We have Spring Clean Up, Evening Under the Stars, the Balloon Rally and side walk sales, so a lot of good things coming,” Thomas added. 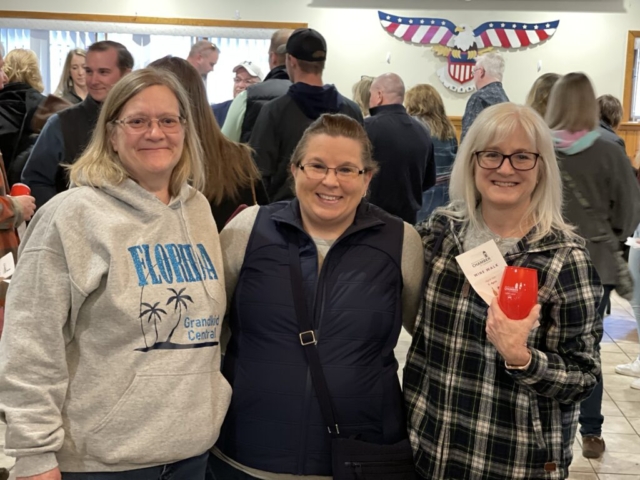 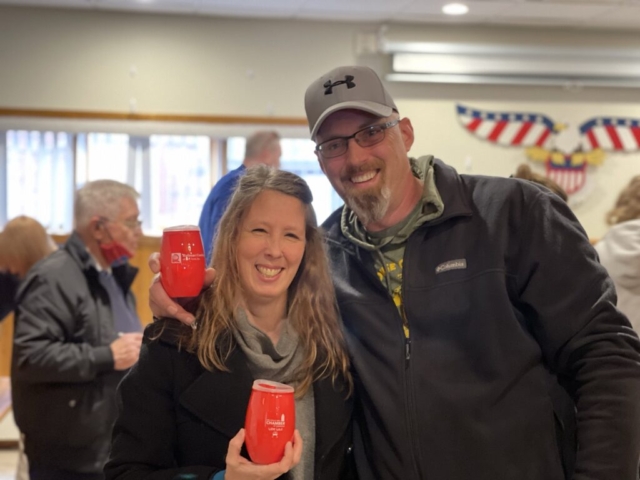 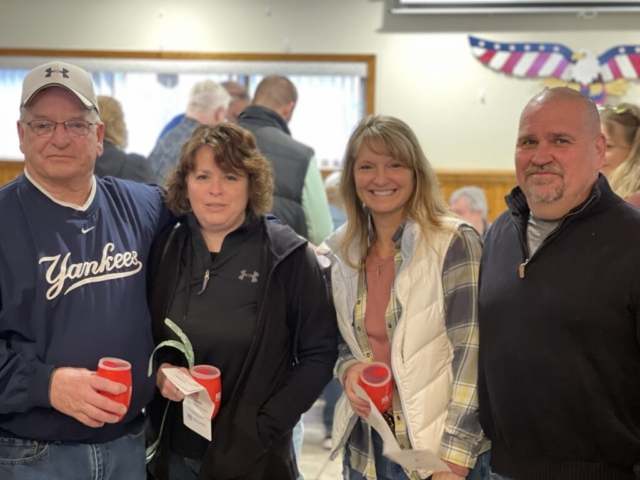 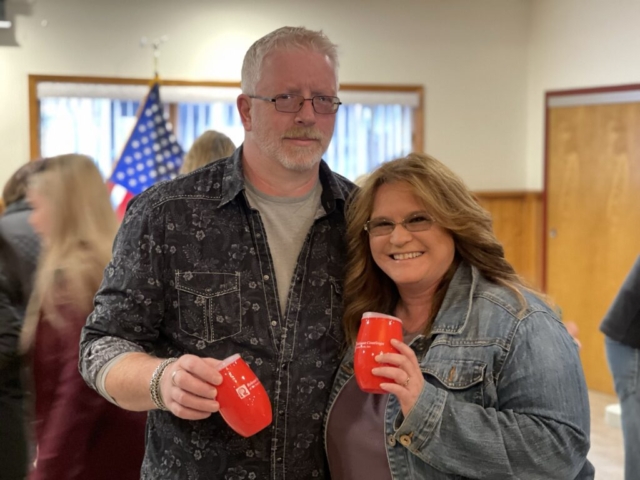 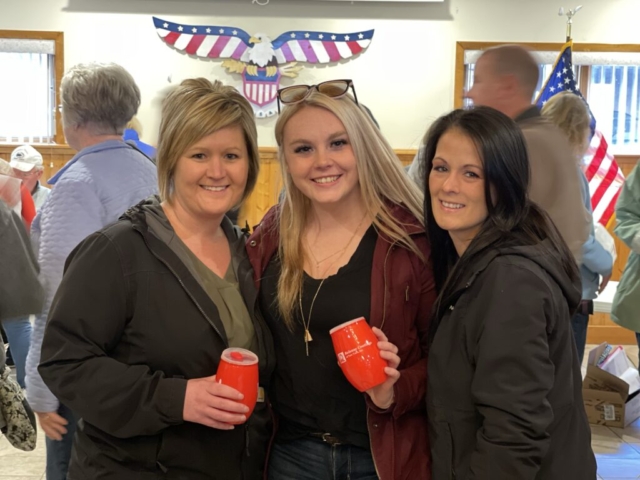 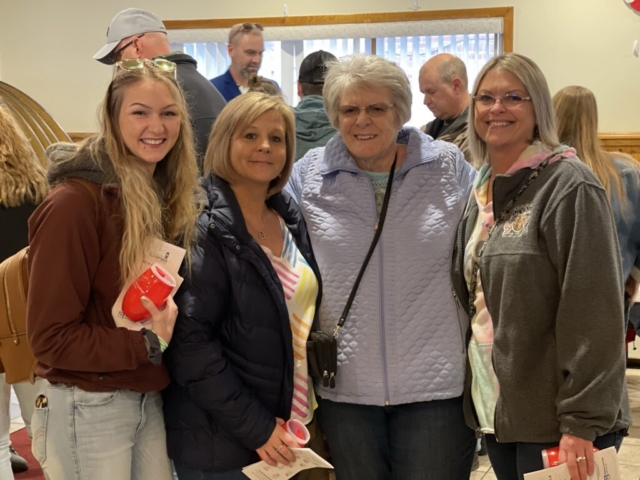 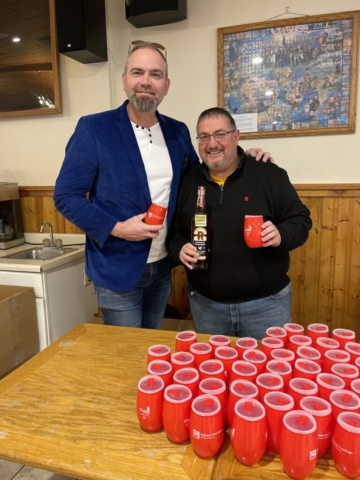 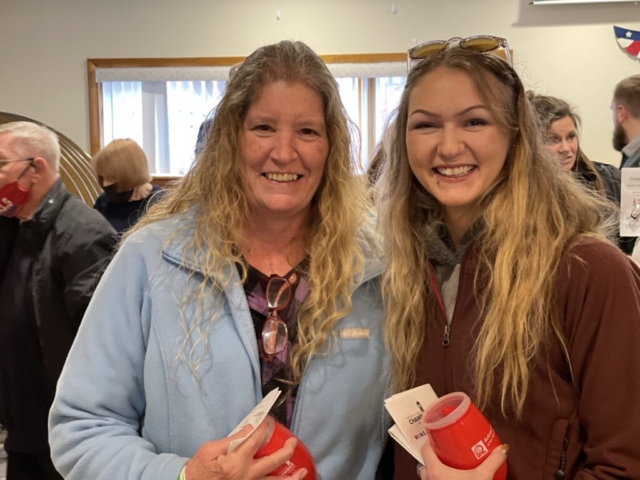 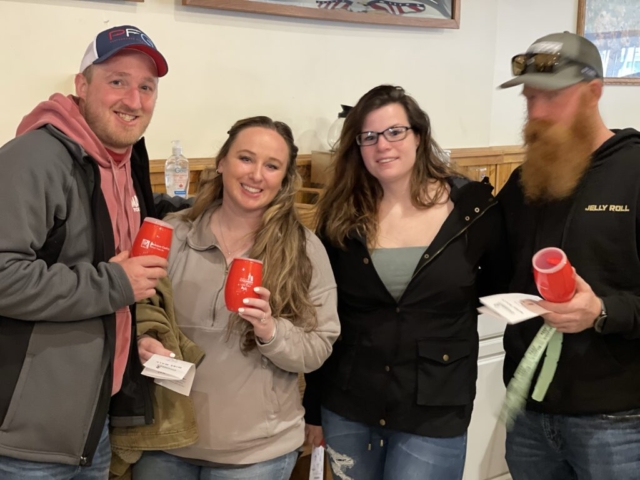 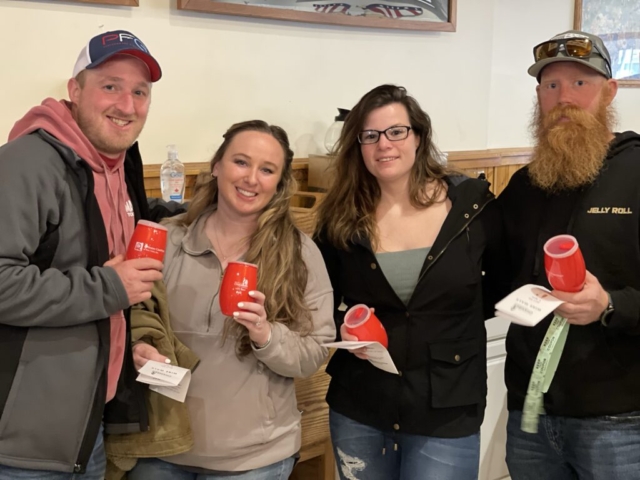 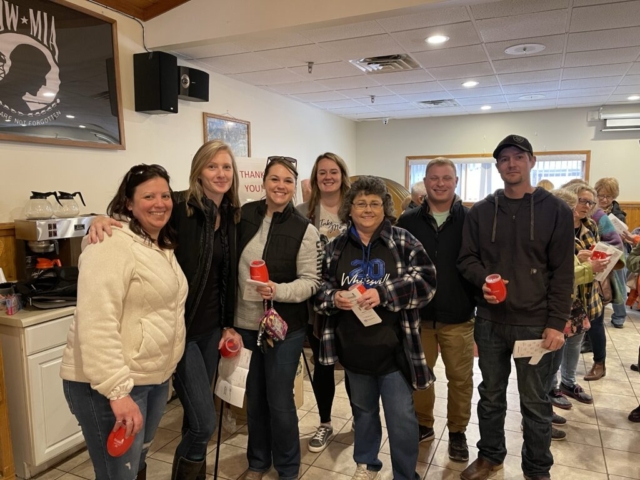 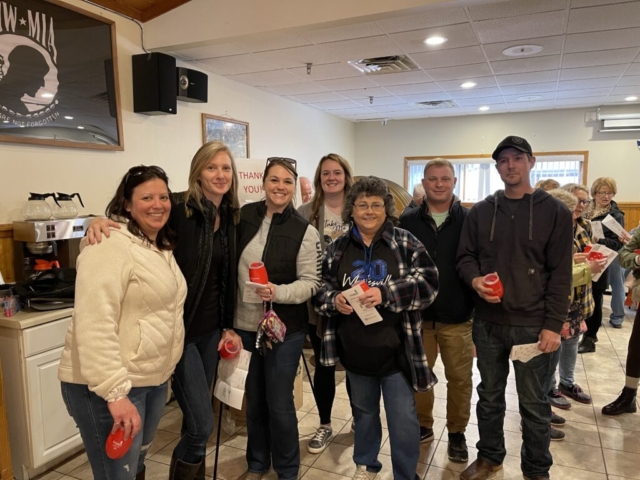 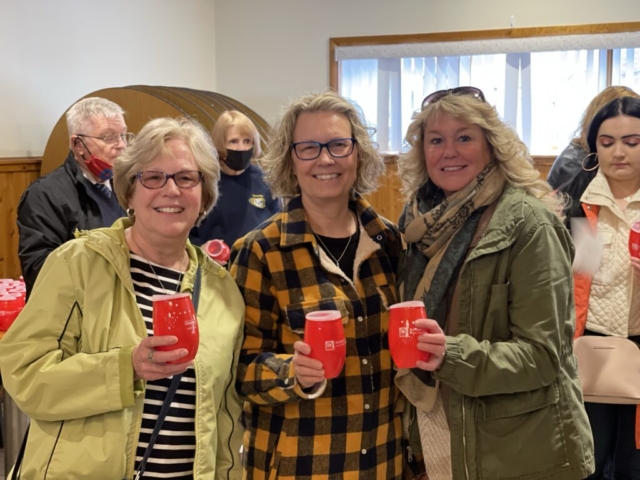 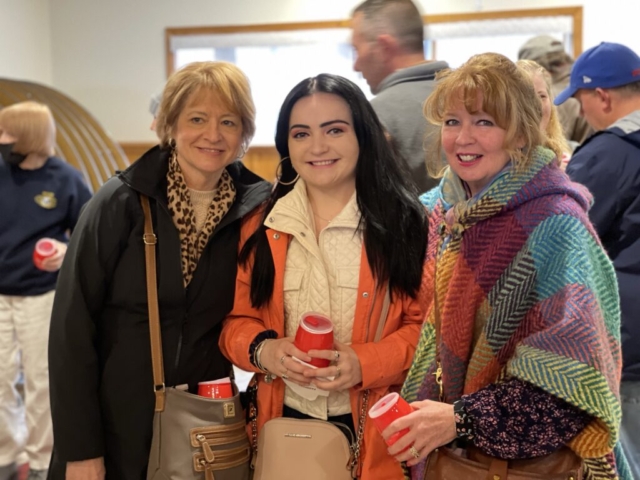 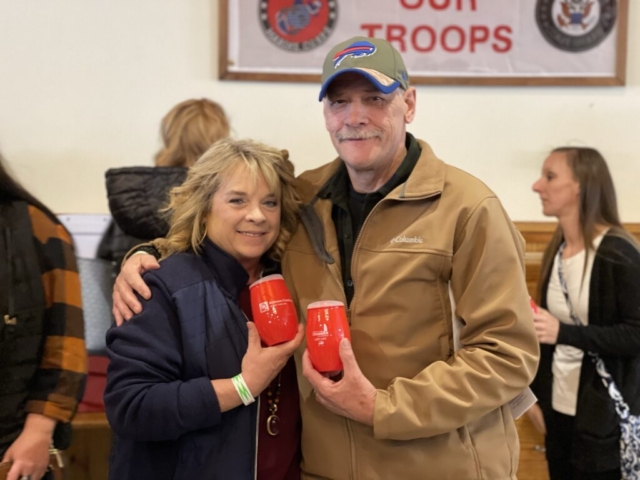 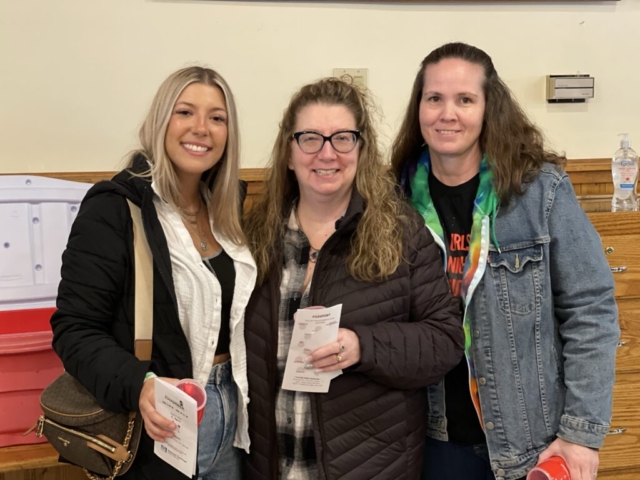 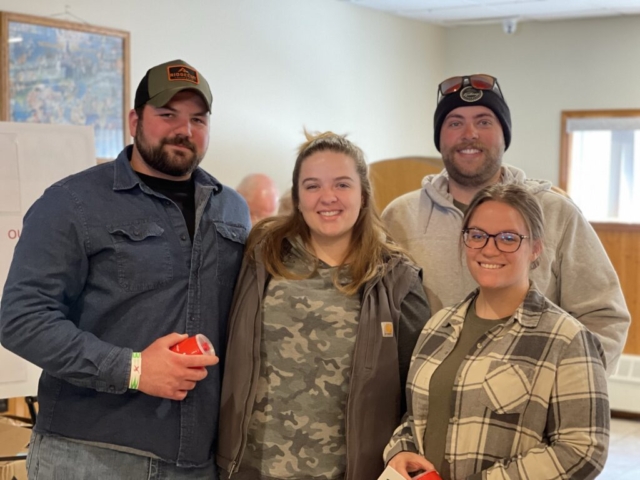 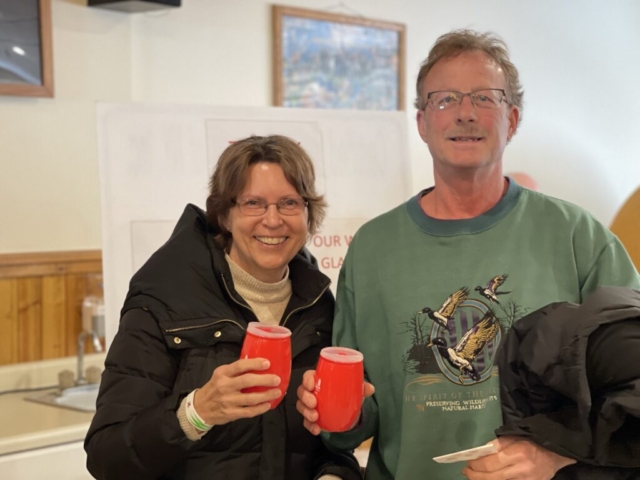 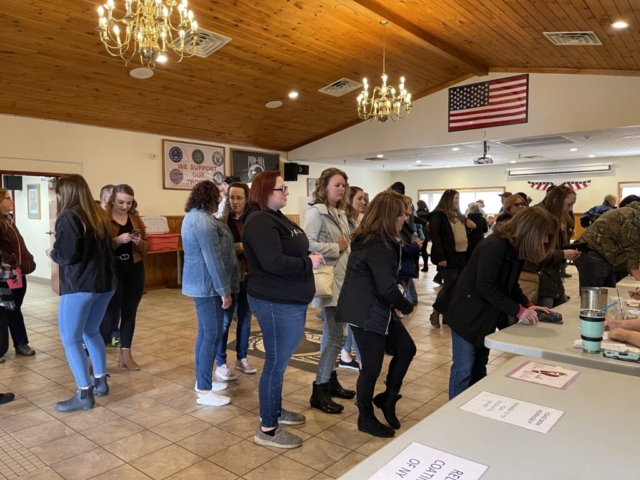 Photo gallery #3 and video: Wellsville wine walk was such a success, will another take place this fall?