The criminal case involving the former Treasurer of Genesee, PA Fire/Ambulance may actually head to trial next month. Scott Luce of Genesee, who just recently turned 37-years-old, is charged with 128 felony and misdemeanor counts after he allegedly stole nearly $100,000 from the agencies in 2017.

He was previously convicted of stealing more than $10,000 from the Independence Emergency Squad in Whitesville. In 2017 he was sentenced to a three-year conditional discharge. Judge Thomas Brown also directed Luce to make restitution in the amount of $11,969.64. Criminal charges were filed by Pennsylvania State Police Trooper Michael Delp after the crime was reported in 2017. 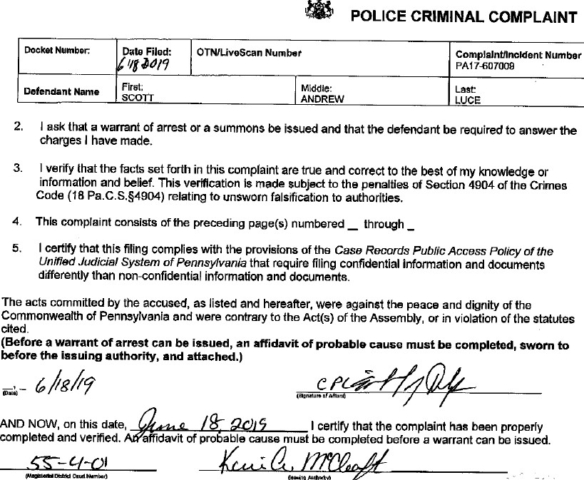 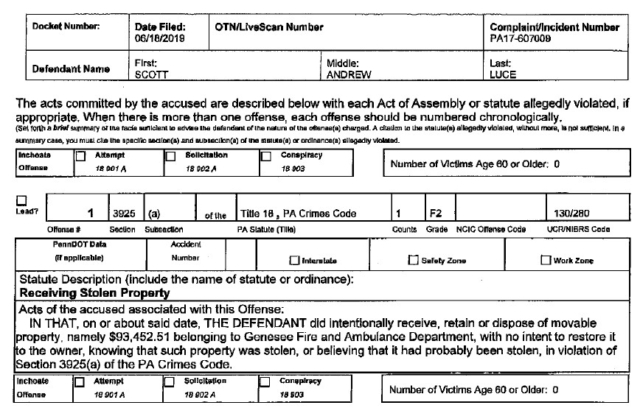 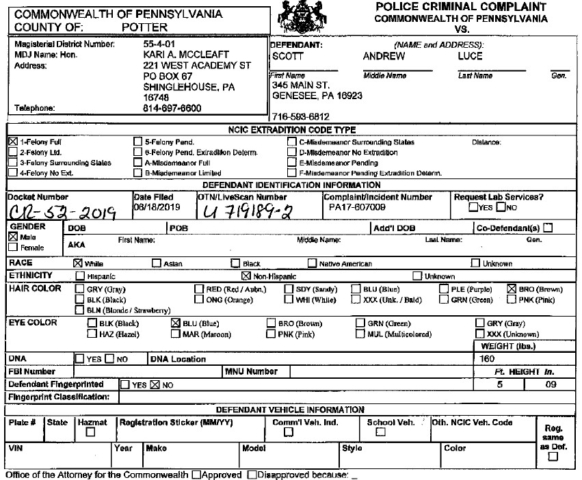 Defense Attorney Jay David Carr has requested at least four continuances and each has been approved by President Judge Stephen Minor. According to the court docket, the judge has ordered the scheduling of a criminal call for April 29th and also ordered the scheduling of jury selection for Thursday, May 6th at 9 a.m. However, whether the case continues remains up in the air given all the delays. Luce is currently free on bail. The case is being prosecuted by Potter County District Attorney Andy Watson.