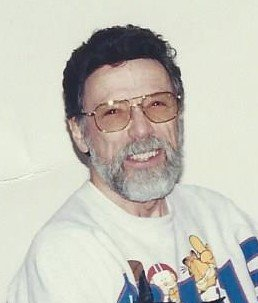 Wellsville, NY Burton D. “Burt” Evans passed away on Friday, February 26, 2021 into the loving arms of his savior Jesus Christ at Highland Park Rehabilitation and Nursing Center. He was born in Canisteo, the son of the late Floyd E. and Mona (Northrup) Ashbaugh and stepfather Lawrence W. Ashbaugh. On January 15, 1966 in Webster, he married Sharon Northup who predeceased him on November 11, 2020.

Burt was raised in Canisteo and was a graduate of Canisteo Central School. He was formerly employed by Air Vent Aluminum in Arkport and was a self-employed contractor. In 1969 he was hired by Alfred State College, School of Vocational Studies in Wellsville, as a Professor of Building Trades until his retirement in 2002. He oversaw the building of many of the houses in Stannards and Wellsville. He also did many community services projects through Alfred State College in Belmont, Alfred, Wellsville and beyond.

In 1980, he moved to Wellsville where he was an active member of the Riverside Assembly of God. Burt served as a board member, elder and Sunday School teacher and oversaw the addition of the church in 1985. He loved woodworking and making crafts for friends and family. Burt’s solace was in his wood shop. He would go there to do projects and as a means of “therapy” as he loved to be busy. Burt’s workshop was his creative place. He built his own home after a house fire in 1994. He was so proud of the home he built for his family. He never met a stranger and had many friends and acquaintances. He loved to take his wife on long rides around the countryside to look at the sites. He also enjoyed going to Burger King and McDonald’s to meet friends for lunch.

If there was anything he wanted everyone to know is to accept Jesus as Lord and Savior. He encouraged everyone to look to the Bible for guidance on their life. He was a loving husband, father and friend and always had a kind word for everyone. He will be remembered as a man of God. He will be missed dearly as his life exemplified Jesus and Jesus was his life.

He is survived by a daughter Susan Evans of Geneseo, an older brother and sister as well as several nieces and nephews. He was predeceased in addition to his parents, by his wife, and daughter.

A private Graveside service is being planned at Woodlawn Cemetery in Canisteo.