The Hornell softball team finished the regular season strong with an 11-4 win over Dansville Tuesday night.

Jordyn Dyring got the win in the circle pitching a complete-game 2-hitter giving up zero earned runs, striking out a career high 11 batters while walking none.

Hornell finishes up the regular season 7-8 and a second place finish in Livingston County D1.

Hornell will be the 4-seed and open up sectionals at home on Monday May 23, time and opponent TBD.

B-R wins Senior Night over Port Allegany, gets on bus and wins close one against Belfast GV

RICHBURG/BELFAST — The Lady Wolverines of Bolivar-Richburg saw five of their Seniors play one final regular season home game in front of a packed crowd in Richburg, as the team closed the book on the first of two chapters on the season Tuesday night against Port Allegany for Senior Night.

All five of the outgoing Seniors were honored by their head coach, Brooke Lovell before the game got underway, introducing them one by one with their families. The last to have her moment? – Perhaps the team’s catalyst not only on defense, but at the plate: Jessica Majot.

Turns out, it would be a pretty memorable Senior Night for the Lady Wolverines captain in the circle.

Majot, like she has been all season long for the team, was absolutely sublime and overpowering pitching the softball in the team’s first of two games to close out their regular season, as she kept the visiting Lady Gators at a complete standstill while the offense bolted out of the gate mightily with a lead that was never threatened, rolling onwards toward a 19-0 no-hit blank to send their Seniors out in the best way possible.

“This was a special group of Seniors. They were the first group of athletes I coached here at Bolivar-Richburg. I will definitely miss them so much next season,” said Lovell. “It was awesome to see them all contribute for their big night. I’m proud of Jess for throwing a no-hitter in her last regular season game at home. She continues to work hard to better herself, and also becoming a great role model for her teammates.”

The Bolivar-Richburg hurler was unstoppable from within the circle to lead the defense, as she held the Lady Gators without a single hit across all five innings, striking out eight and walking just one to record her eighth win in the circle this season.

On offense – a well-balanced attack, as the team scored 19 runs off nine total hits at the plate, capitalizing on multiple errors by the Port Allegany defense while the bats plugged away beginning in the second, after the Lady Wolverines very quickly took a 1-0 lead in their first at-bats.

In the second inning after a couple runs score with the bases loaded the first of three consecutive times for Bolivar-Richburg, Malayna Ayers and Maddy Thornton went back-to-back with a pair of two-run belts, with Ayers blasting a double into the outfield, helping break the game open even more with the first of two seven-run frames.

That would ultimately set the tone the remainder of the way, as the Lady Wolverines scored 11 more runs, including another seven-run spark plug in the third to crack 15 runs in the game to lead towards the win in five innings.

Thornton, along with Kayli Giardini, were Bolivar-Richburg’s leading hitters, each scoring a pair. Madigan Harris chipped in with three RBI along with her sister, McKinlee.

The night for the Lady Wolverines wasn’t quite over just yet. The bus would pull right up next to the softball field to take the team elsewhere – a season-ending battle under the chilly lights in Belfast, where they took on host Genesee Valley/Belfast in the capper.

The field in Belfast was also a place where Majot just so happened to remember something that happened right from the very beginning of her softball career. A moment that Majot and Lovell both talked and joked about before the game – her first career home run.

The possibility of ending a stellar regular season career where it first began with one swing of the stick? How could you possibly write a better script than that?

With Genesee Valley/Belfast creeping ever so closely to Bolivar-Richburg coming down the homestretch, Majot would deliver with that one swing of the bat, driving a deep ball to the outfield that sailed into the dark skies and over the fence, extending the Lady Wolverines lead insurmountably with a three-run blast to secure a 6-4 victory over the Lady JagDogs to officially put a wrap to their regular season slate.

“Being able to get two back-to-back wins tonight was of incredible importance, especially now that we’re beginning to make the move into Sectional time. We want to continue to progress, and with these, we hope that we can peak at the right time.” said Lovell.

Not only did Majot change the game with the swing of her bat, but she was a single away from completing a Senior Night cycle, as she went 3-for-4 with her three-run bomb, a triple and double to help pace a Bolivar-Richburg (17-1) offense that recorded six runs off nine total hits at the plate.

The team would strike while the iron was hot right away during their first at-bats with a 3-0 lead. From that point, the game now laid upon the shoulders of the opposing pitchers – Malayna Ayers and Hannah Southwick-Powers, who both delivered impeccable showings from within their circles.

Genesee Valley/Belfast’s (7-10) offense would manage to find a crack from within the Lady Wolverines defense in the bottom of the fourth, cutting their deficit down to one with two big runs coming in to score.

But the damage would soon be done in the visiting half of the fifth, as Majot delivered an absolute bomb to the outfield, providing a devastating blow towards the Lady JagDogs with her three-run shot — her eighth of the season to branch their lead out to 6-2.

A lead that was bent, but never broken in the last two innings to remain in front until the end.

“Majot killed us tonight with that homer, and she had a brilliant night at the plate overall for them,” GV/Belfast coach Mark Sullivan said. “We battled back and we played them tough the whole game. We played them 5-2 the first game, and 6-4 this time around. We can play with anyone with the quality of play we’re playing with now. Bolivar doesn’t hurt themselves either, they’re a solid team all around. We can play with a ton of confidence, and it goes back to that game with Friendship. They’re a great gorup of girls and they keep working hard. That’s all you can ask for out of them.”

In the duel on the mound, the win was given to Ayers for the Lady Wolverines, as she handed out 12 strikeouts to pair with a couple of walks in addition to recording a double on offense. On the other side, Southwick-Powers countered with a stellar outing of her own, as the freshman handed out nine chairs and walked one in her complete game for the Lady JagDogs.

At the plate for the hosts in red, Brooke Middaugh tallied two of the team’s six total hits, including a double. The Lady JagDogs will close out their regular season tonight over the road, visiting Whitesville for a 5 p.m. first pitch against host Andover/Whitesville.

The regular season is now over for the Lady Wolverines, as they await Sectional seeding in the Class C3 field with a record of 17-1 overall. 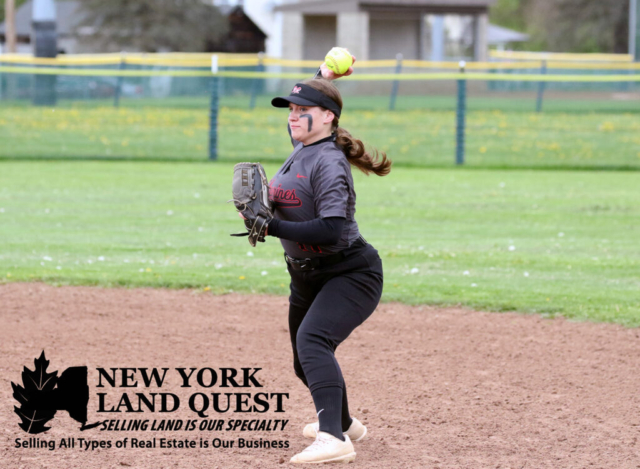 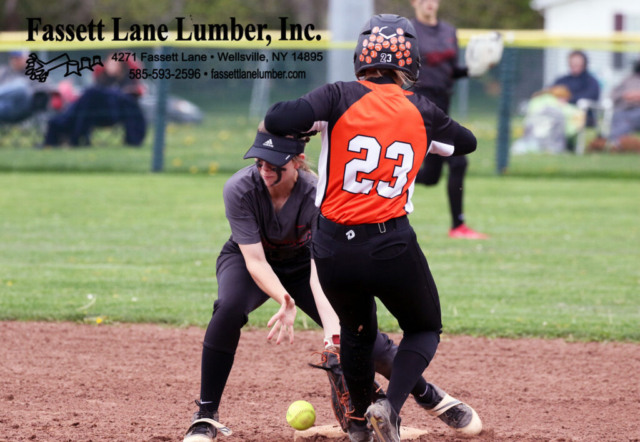 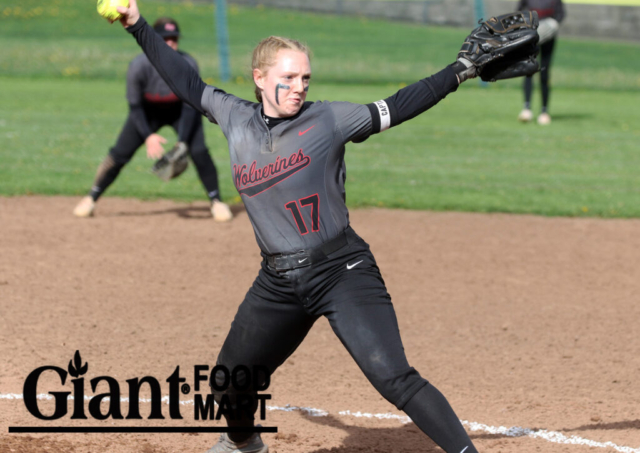